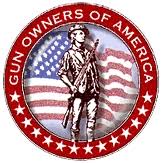 Fighting Toomey-Manchin Gun Registration
And exposing the lies of the Far Left
“According to conservative staffers [on Capitol Hill], Gun Owners of America was the most active outside group in early efforts to block all gun control efforts including Toomey-Manchin.” — The Examiner, April 28, 2013
Your GOA has been on the front lines, fighting for your rights.
While the news media has been focusing on several Obama Administration scandals in recent weeks — and rightfully so — don’t for a minute think that efforts to pass gun control in the Senate have died down.
They haven’t.  The truth is that Representatives Pat Toomey (R-PA) and Joe Manchin (D-WV) are still at work — still trying to pull Senators over to their anti-gun side.
Sen. Toomey told the Philadelphia Inquirer recently that he is looking “to bring some more folks on board” — and that if successful, “then of course it would be worth bringing [gun control] up again.”
Both he and Manchin are still at it, trying to twist arms and coerce people over to his side.
Congress is just finishing up its Memorial Day break, so you are encouraged to resume contacting them now that they will soon be getting back to work.  Let them know your approval (or disapproval) of their recent votes in the U.S. Senate.
To this end, GOA has just updated its website to give you the ammunition you need to hold your Senators accountable:
1) Senators’ grades, which include the gun control votes from April.
2) Senators’ votes on the recent gun control provisions.
NOTE:  In regard to the Senate voting records, you can click on the title of each vote to read an explanation of each vote.  And regarding the grades that are posted, you will note that the following Senators saw their grades drop as a result of their recent votes IN FAVOR of gun control:
Jeff Flake (R-AZ)
Saxby Chambliss (R-GA)
Johnny Isakson (R-GA)
Joe Donnelly (D-IN)
Roger Wicker (R-MS)
Dean Heller (R-NV)
Martin Heinrich (D-NM)
Richard Burr (R-NC)
Tom Coburn (R-OK)
Pat Toomey (R-PA)
Joe Manchin (D-WV)
Gun Owners of America has continued to expose the gun grabbers’ lies, and we have continued to lobby House and Senate offices in opposition to gun control.
Your continued support helps keep us in the fight.
And every new person you encourage to sign up for our free email alerts or for a GOA membership gives us a louder voice on Capital Hill.
As noted by the Examiner (above), your GOA was the most active group in blocking gun control.  But that was only possible because of your loud voice backing us up.
As stated by Slate in April:  “While [GOA’s] bank account is relatively paltry ... its members often get Tea Party loud, inundating lawmakers’ offices with calls.”
That’s a testimony to your hard work!
So please encourage your pro-gun friends and family to sign up for our alerts at:  http://capwiz.com/gunowners/mlm/signup
Posted by Brock Townsend at Friday, May 31, 2013