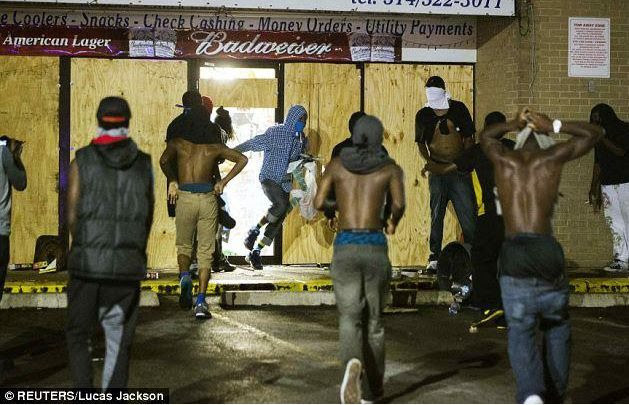 Good riddance to bad rubbish.
The fruits of the mob…


The 2014 vandalism and destruction was enormous.

Over 100 businesses were vandalized, looted and/or destroyed during the violence.
Here is an interactive map of the attacks, shootings, lootings, and destruction.

Many of the local businesses were looted not just once, but twice.