Yeah well, what ya' gonna do? 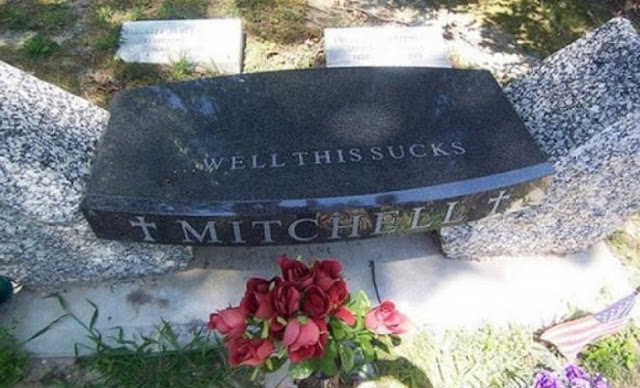 Good, but ain't as good as Popcorn's 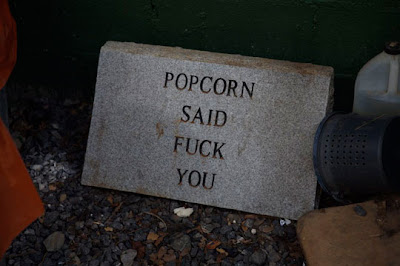 One of the few who can honestly say they deserve that title. The chains never came to rest upon him.

Can any of us say the same?

You can live on your knees, or die on your feet. You can be safe, or you can be free.

A man chooses. A slave obeys." 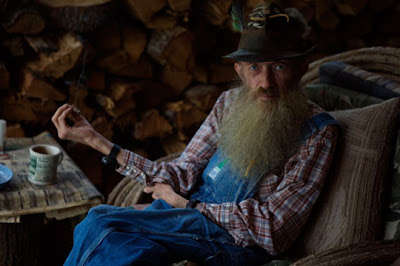 William Holland Thomas, the only white man ever to be a chief of the Cherokee William Holland Thomas (February 5, 1805 – May 10, 1893) was Principal Chief of the Eastern Band of Cherokee Indians (the only white man ever to be a chief of the Cherokee[1]) and was elected as North Carolina state senator, serving from 1848-1860. As a youth, he worked at the trading post at Qualla Town, where he learned the Cherokee language and befriended some of the people. He was adopted into the tribe by the chief Yonaguska and learned much of the Cherokee ways.

After becoming an attorney, Thomas represented the tribe in negotiations with the federal government related to Indian Removal, preserving the right for some Cherokee to stay in North Carolina after the 1830s. With his own and Cherokee funds, he bought land to be used by the Cherokee, much of which is now Qualla Boundary, the territory of the federally recognized Eastern Band of Cherokee. Thomas served as a colonel in the Confederate States Army, leading Thomas' Legion of Cherokee Indians and Highlanders during the American Civil War.

Research by the Va Flaggers has determined that the Anti-Confederate behavior by the VMFA, is not limited to the removal of the Battle Flags from the Chapel. In a March 31 meeting of the Executive Committee of the Board Trustees, the following motion was made...and carried UNANIMOUSLY...

Motion: proposed by Mr. Moore and seconded by Mrs. Goode that the Museum is opposed to flying the Confederate Battle Flag or any of its derivatives on the Museum property. Motion carried unanimously.

This is particularly egregious when you consider that the "Museum Property" they speak of is actually part of the Confederate Memorial Park, as specified in an agreement between the State of Virginia and the United Confederate Veterans.

"Mr. Moore" is Thurston Moore, President of the Board of Trustees of the Virginia Museum of Fine Arts. He can be reached by email at: tmoore@hunton.com Send him an email and ask him why he made this motion and why the VMFA continues to dishonor our veterans.
Posted by Brock Townsend at Sunday, August 12, 2012 No comments: Links to this post

The Confrontation At the Confederate Monument in Waynesville, NC 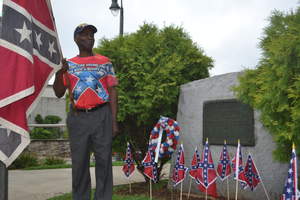 As promised I would post the Colors at the Confederate soldiers Memorial Monument in Historic Downtown Waynesville, N.C. on Friday, August 10, 2012, and a Confederate stick flag I would place adjacent to the monument.
On this Sunday morning, August 12, I would don the uniform of the Southern soldier and return to Waynesville. I would find the stick flag had been removed, and thereby would post a Third National flag adjacent to the monument, post my colors on the sidewalk, wave at the many who would pass by, hold conversation and take pictures with a host others who were either residents or visitors to the town.

After some five hours had passed, I began to think about leaving when a frail white man pushed a bicycle up to where I stood and extended his hand to shake mine all the time identifying himself as attorney Bob Clark, and that I must be HK Edgerton. He then pointed to the Third National flag and said that for me to take it up immediately. Not going to happen was my reply. He then said he was going to do it for me, I put myself between him and the flag and was told to get off the counties property, and that I wasn't even a citizen of the County. He went on to say that we had already settled this matter and was going to let it die down, and that I had gone and made a mess of the deal made. I asked the man to move along because I had nothing more to say to him. He would hesitate and make a gesture again towards the little flag. I told him again, don't do it or we are going to need two cars, one with the law, and an ambulance to carry one of us away. He then told me not to talk loud to him. And without making a scene of it, I spoke as loud as I could , and told him to move along buddy. He stomped away dragging his bike with him. I would spend another three hours at the monument basking in the love that so many had come to give me on this day for making a Stand for the most honorable and courageous fighting man the world has ever known, and the Christian Colors that he served under.

I would like to thank the Mountaineer newspaper for their excellent coverage of the story they did about this travesty, and for bringing me food and drink on Friday morning, the Tipping Post for the same on Sunday morning and the many other citizens who too would do the same, as well.

HK Edgerton
hk.edgerton@gmail.com
Posted by Brock Townsend at Sunday, August 12, 2012 No comments: Links to this post

Obama appoints gay man Under Secretary of the Air Force

Posted by Brock Townsend at Sunday, August 12, 2012 5 comments: Links to this post

Wednesday, August 8 saw a dozen flaggers on the Boulevard. A local pharmaceutical company was having a company scavenger hunt and one of the requirements was to take a picture with a motorcycle. Of course, the VA Flaggers (thanks to Va Flagger Tommy Morris) were glad to oblige, provided the flags were included. ;)

Two teams stopped by for a pic and a quick lesson on the Confederate Battle Flag, and the desecration of the Confederate Memorial Chapel by the Virginia Museum of Fine Arts. Conversations were plentiful that evening, despite storms that blew through just before the Va Flaggers arrived!
— with Thomas Morris at VMFA Virginia Museum of Fine Arts.
Posted by Brock Townsend at Sunday, August 12, 2012 No comments: Links to this post

Posted by Brock Townsend at Sunday, August 12, 2012 2 comments: Links to this post 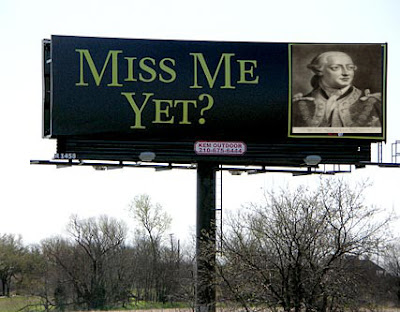 In a video recently uploaded to YouTube, tea party activist and author Jerome Corsi said there was evidence that President Barack Obama was married to another man before he married Michelle.

“The evidence, I think, is very strong,” Jerome Corsi states the video. “The question is not to condemn Obama here for being bisexual or gay, if that’s in fact what he is, but to wonder why he’s gone to the extent of hiding it, especially when he now is supporting same sex marriage what’s the duplicity? What’s the hypocrisy?”

Corsi has written numerous books criticizing Obama, claiming he is a radical who is not eligible to be President of the United States because he is not a natural born citizen.

In his video, he claimed multiple pictures proved that Obama wore a ring on his wedding-ring finger before he married Michelle in 1992.

“Evidently Obama has never explained it,” Corsi said. “He has never given any discussion of it. It’s like many of the factors of Obama’s life. There are hidden aspects to it, lies, mysteries disinformation. Increasingly, I try to point out to people that Obama’s life reads like a classic intelligence agency disinformation operation.”

He noted there were pictures of Obama sitting on his Pakistani roommate’s lap.

“His Pakistani roommate, whom we also went to Pakistan with, from Occidental, seems to have been — take a look at pictures of he and his roommate together — Obama had all these roommate pictures, seems to be sitting about on the guy’s lap,” Corsi explained. “I’ve not seen a lot of roommate pictures where two guys are that chummy.

The issue is again, not an issue that we want to raise in terms of criticizing the homosexuality or the bisexuality or whatever Obama’s true inclinations are, the issue is why does he have to lie about this too.”

—Henry Laurens, South Carolina patriot, and 5th President of the Continental Congress (1777-1778).
Posted by Brock Townsend at Sunday, August 12, 2012 No comments: Links to this post