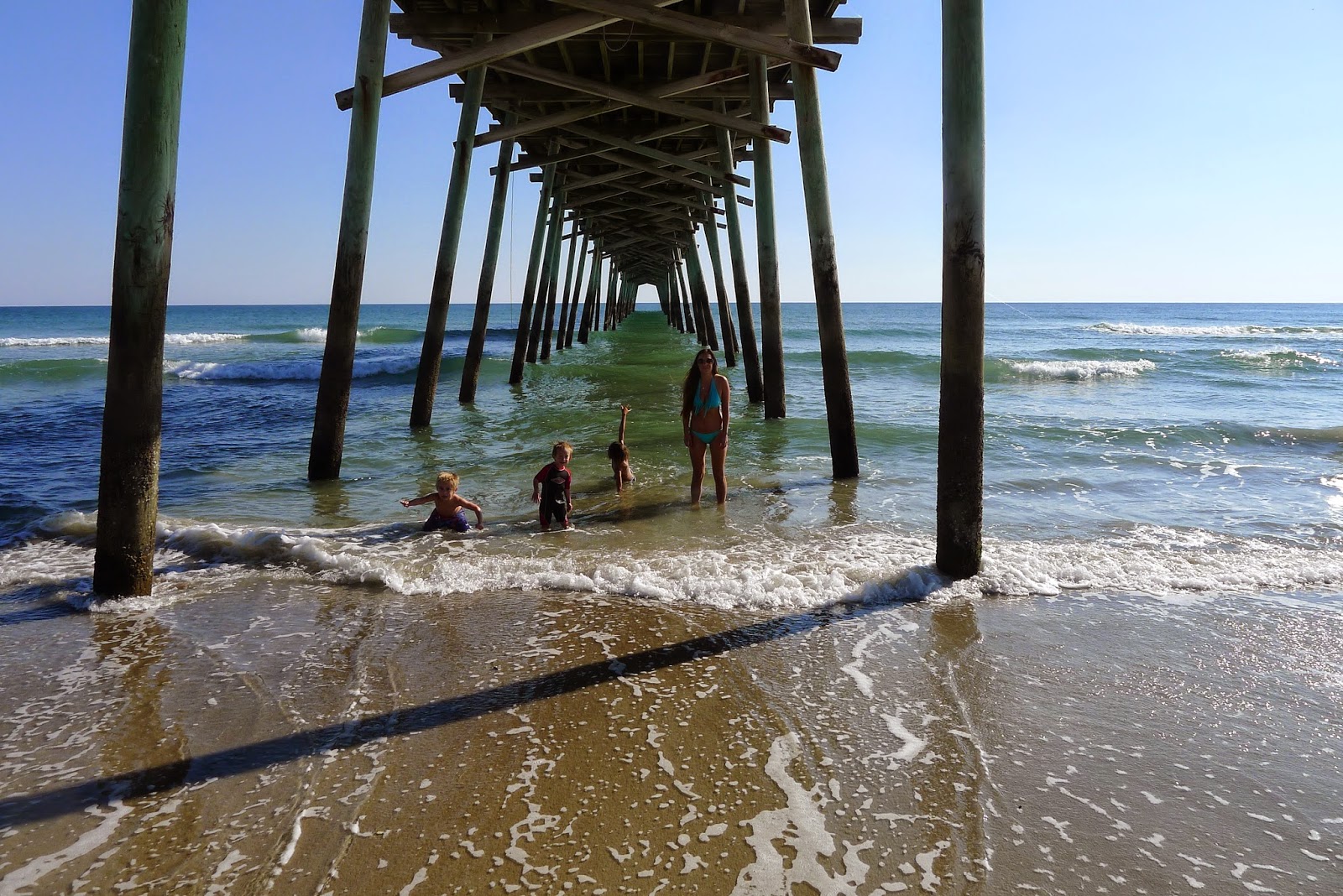 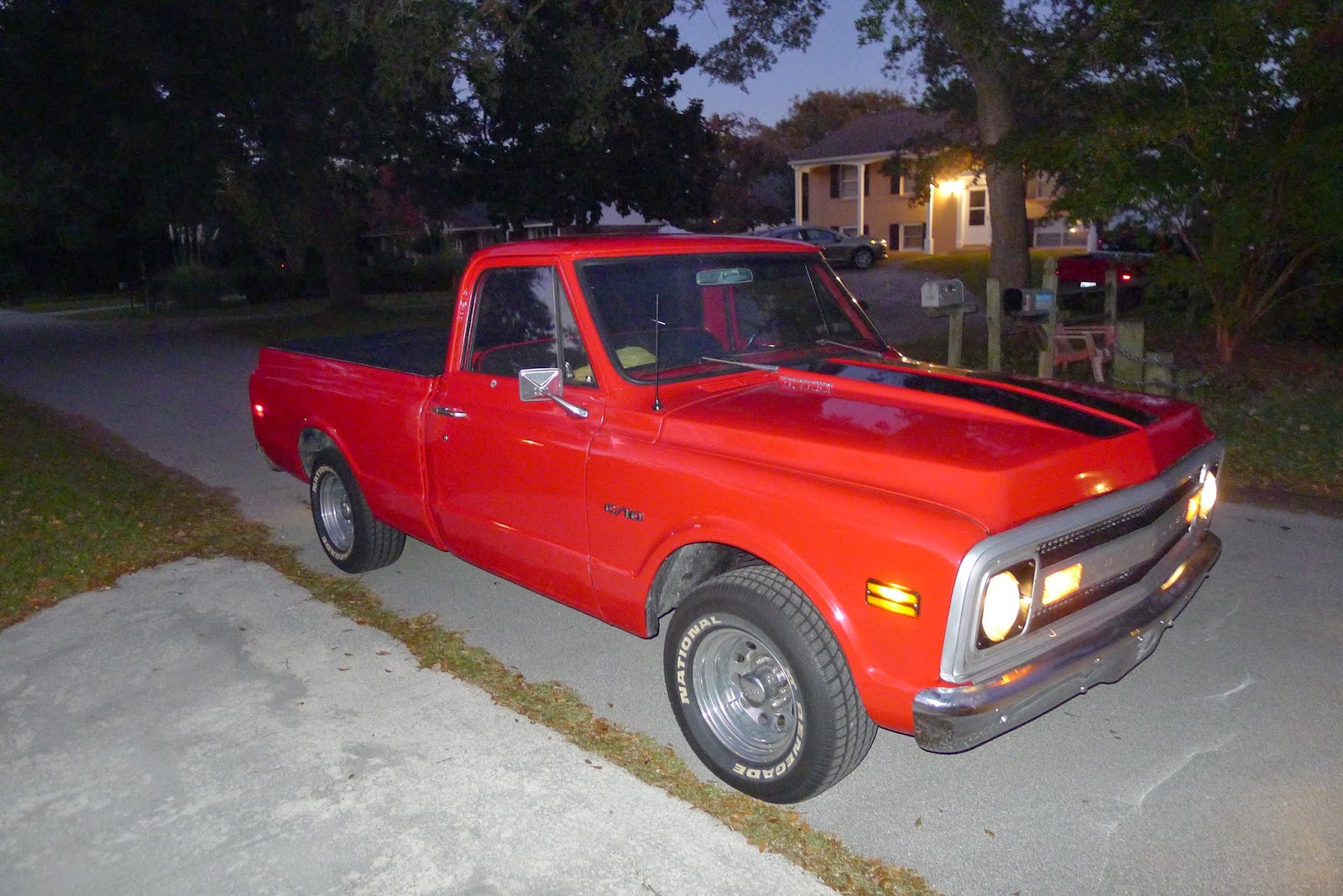 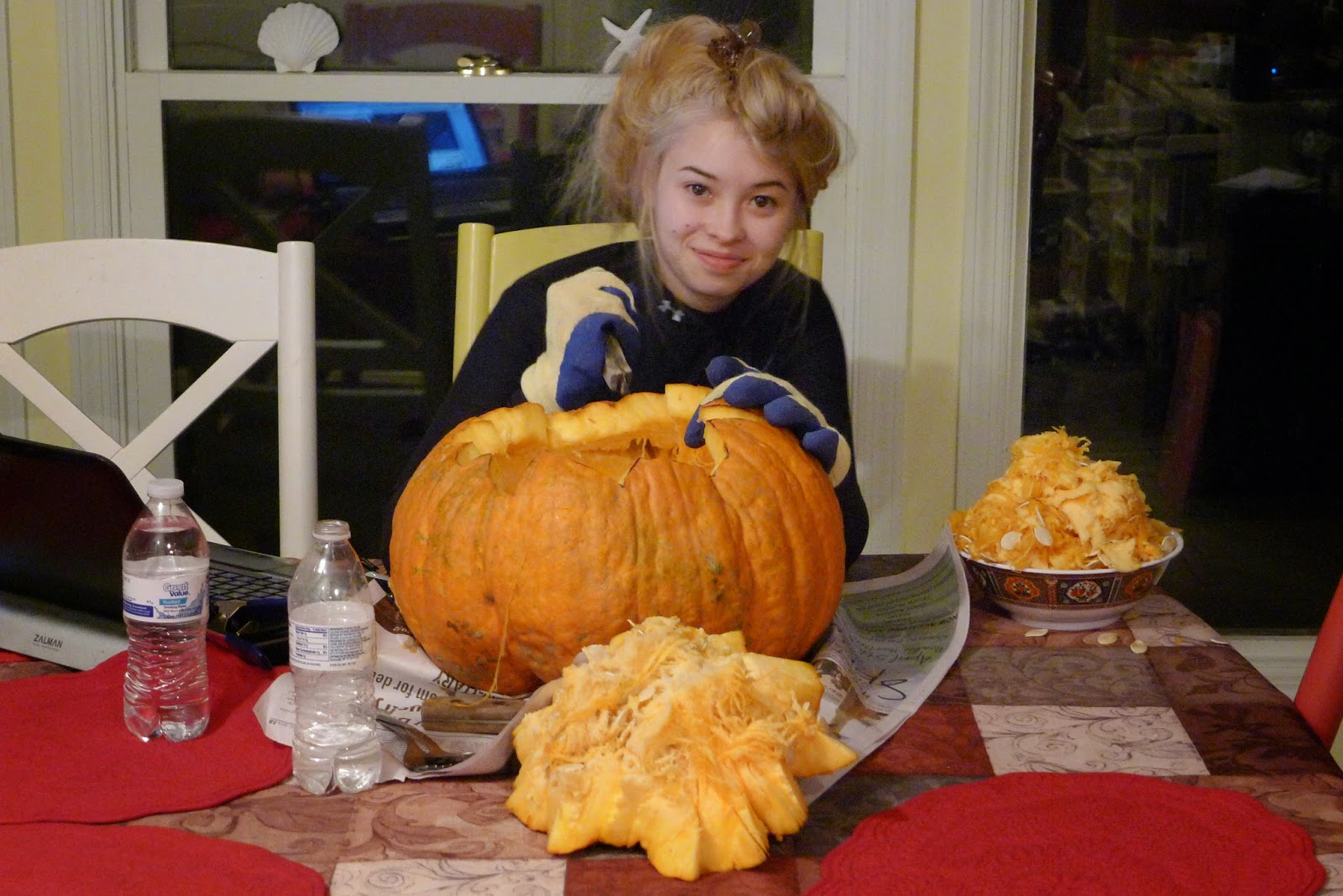 After 18 years of growing her hair, it became brittle and started falling out, so the school's opinion was that she should cut it off and start over. The only other option was using a new hair rebonder which can only be mixed with dye or bleach and since Dixie's hair doesn't take dye, bleach had to be used.  The results were amazing, but don't know if it will be prolonged. Gloves, a gift from Holly. 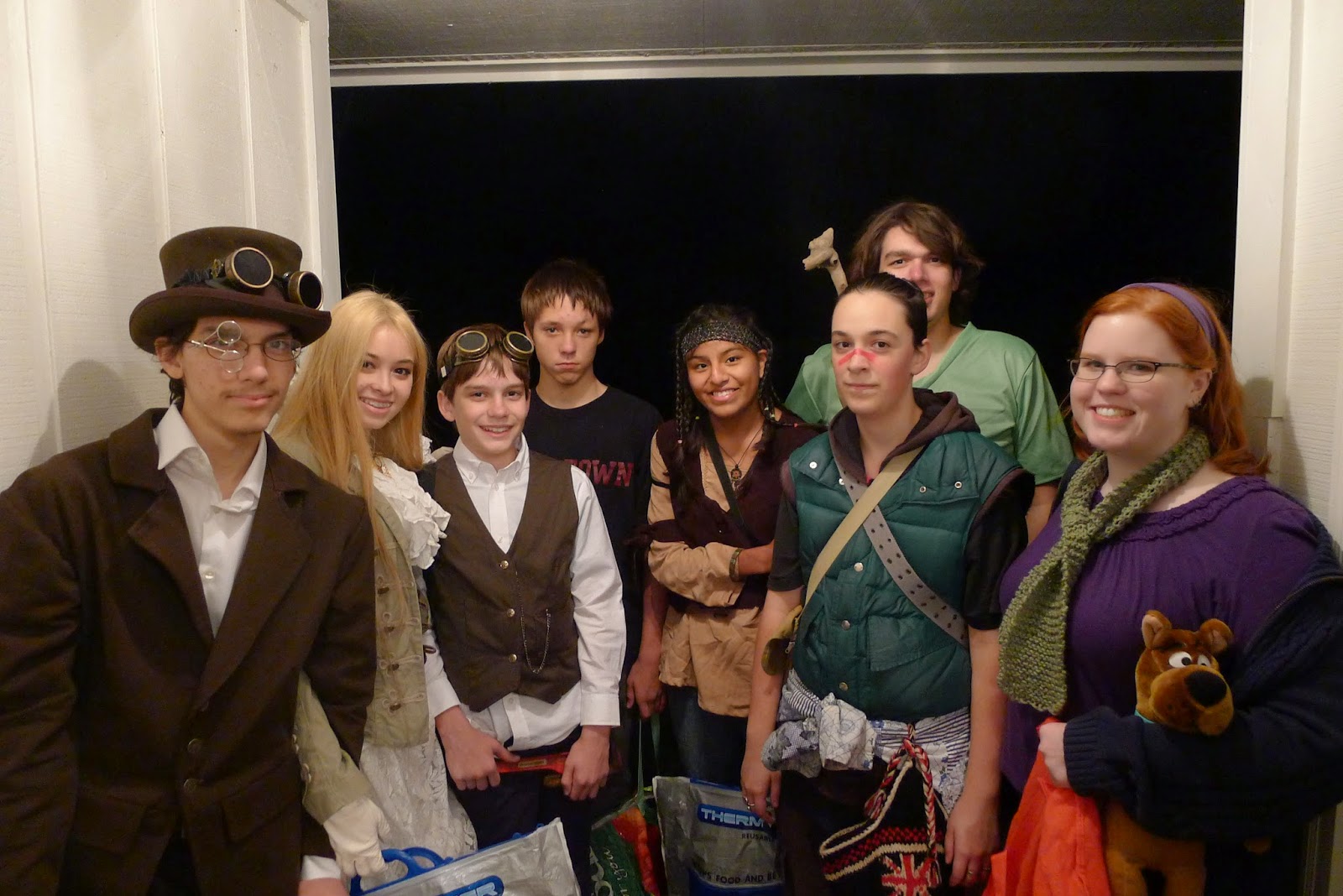 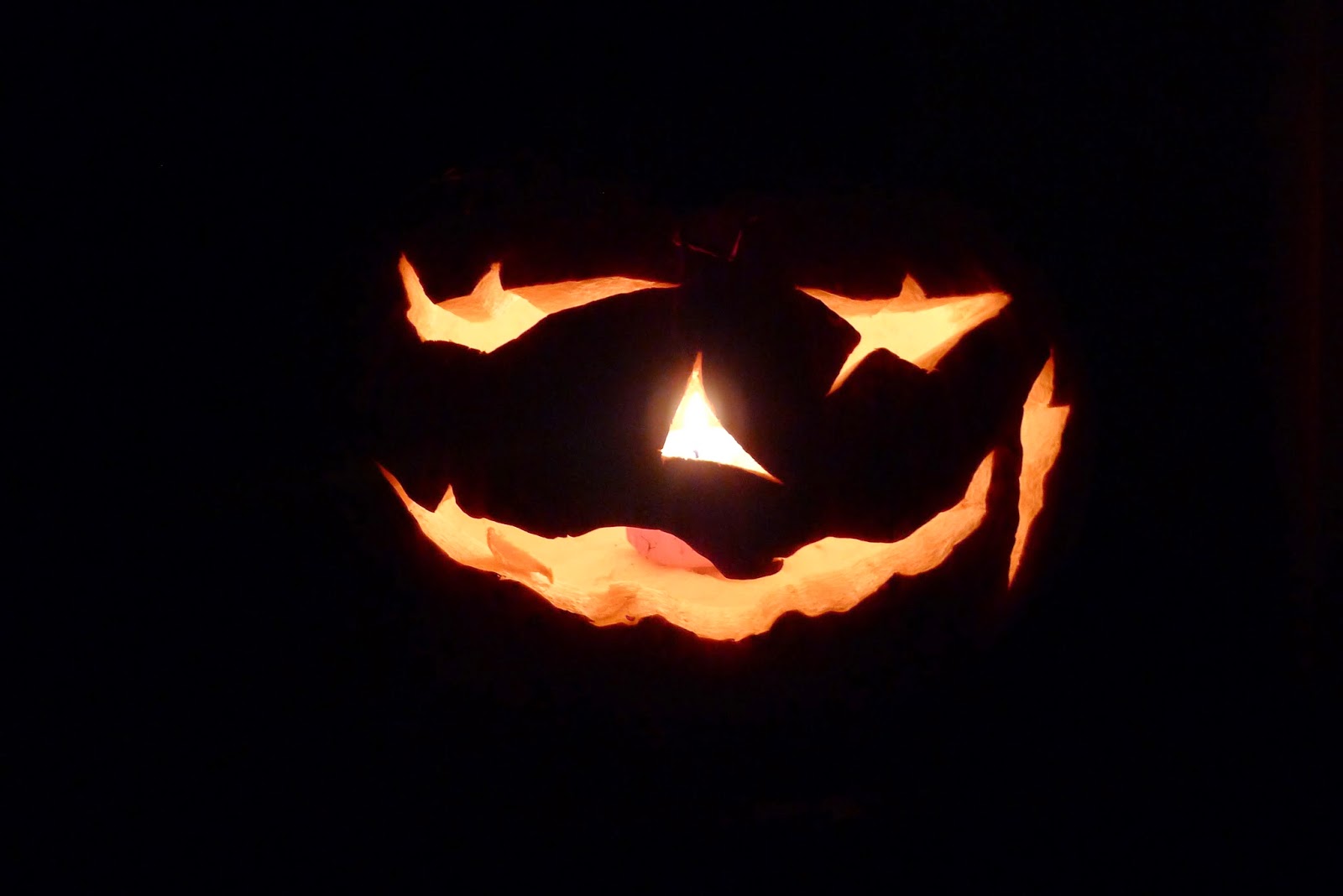 
Senator Jeff Sessions (R-Al.) issues a response to a Wall Street Journal report that confirms that “the President is planning to issue a massive unilateral amnesty after the election” that will “likely be broader in scope than anyone has imagined.”

“Broader in scope than anyone has imagined”?  Who are these dim souls among our politicians and media who didn’t see this coming?  Democrats and progressives have known well, even as they avoided the topic of amnesty like an Ebola-laced cupcake on the campaign trail, that Obama’s proposed post-election amnesty initiative will likely be a sweeping and decisive pardon to basically everyone who has broken our laws by entering this country illegally.  His administration has shown no signs that it would even make exceptions for illegal aliens with serious criminal histories (murderers and rapists!), much less minors, those who’ve chaperoned minors on northward treks, anyone who demands asylum here, etc.  So what reasons could Republicans possibly have for underestimating the scope of Obama’s proposed amnesty?

Iraqi peshmerga fighters prepared Saturday to battle Islamic State group militants in the Syrian border town of Kobani, just hours after they arrived in a town that's become a focal point in the battle against the extremists.

The force brought in badly needed heavy weapons including artillery, heavy machine guns and anti-tank missiles, material that could tip the balance of power in favor of the embattled Kurds fighting there. The rampage continues in Iraqi territory occupied by Islamic State militants, who have now reportedly made a point of eliminating former law enforcement and army officers to preclude the possibility of a popular uprising against their rule.

Former members of the Iraqi security forces surrendered their arms in return for safety back in June, when the Islamic State (IS, formerly ISIS/ISIL) captured the Iraqi city of Mosul. They are now suspected of preparing a revolt and being butchered en masse, AP reported.

Sunni law enforcement officers who promised the Islamic State they would cut ties with former colleagues were given “repentance badges”, granting them quasi security as they continued their lives as ordinary citizens.

Now the IS leadership has evidently changed its mind and decided to eliminate potential leaders of an anti-IS revolt in the occupied territories. Former officers are being gunned down in groups and one by one anywhere they are tracked down, be it a public place or their homes.

Virgin Galactic's Spacecraft for tourists breaks up on test flight

A winged spaceship designed to take tourists on excursions beyond Earth's atmosphere broke up during a test flight Friday over the Mojave Desert, killing a pilot in the second fiery setback for commercial space travel in less than a week.

Virgin Galactic's SpaceShipTwo blew apart after being released from a carrier aircraft at high altitude, said Ken Brown, a photographer who witnessed the accident.

One pilot was found dead inside the spacecraft and another parachuted out and was flown by helicopter to a hospital, Kern County Sheriff Donny Youngblood said. 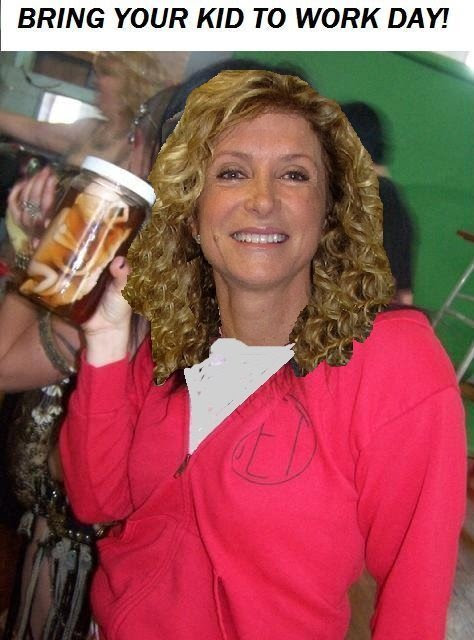 Surprise: Colorado’s Ban On High-Capacity Magazines Is Easy To Skirt

While the law, which went into effect last summer, makes it illegal to buy or sell typical 30-round magazines, some sellers have found creative ways around the law that render it all but meaningless.

At one gun store, an undercover producer for Denver’s CBS4 bought a “kit” for a 30-round magazine, which was essentially all its parts that simply hadn’t been assembled. It took the clerk less than 30 seconds to put it together, the station reported.


More @ The Daily Caller
Posted by Brock Townsend at Saturday, November 01, 2014 No comments:

Posted by Brock Townsend at Saturday, November 01, 2014 No comments:

Court Rules Police Can Force Users to Unlock iPhones With Fingerprints, But Not Passcodes 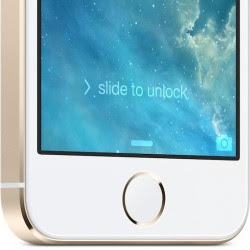 A Circuit Court judge in Virginia has ruled that fingerprints are not protected by the Fifth Amendment, a decision that has clear privacy implications for fingerprint-protected devices like newer iPhones and iPads.

According to Judge Steven C. Fucci, while a criminal defendant can't be compelled to hand over a passcode to police officers for the purpose of unlocking a cellular device, law enforcement officials can compel a defendant to give up a fingerprint.

The Fifth Amendment states that "no person shall be compelled in any criminal case to be a witness against himself," which protects memorized information like passwords and passcodes, but it does not extend to fingerprints in the eyes of the law, as speculated by Wired last year.

Ebola nurse does NOT have to stay in quarantine: Judge lifts restrictions - as it's claimed her ROOMMATE in Africa was treated for the deadly virus 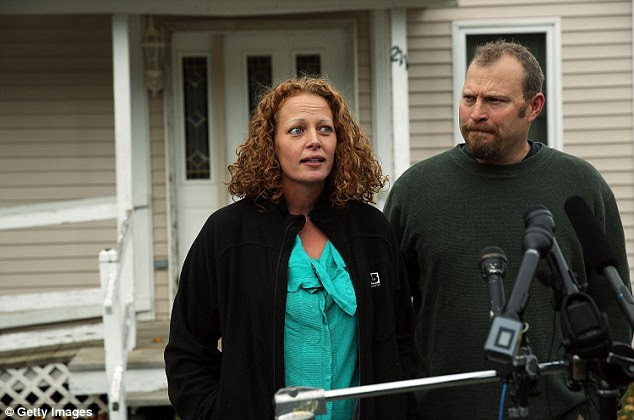 A Maine judge gave nurse Kaci Hickox the OK to go wherever she pleases, handing state officials a defeat on Friday in their bid to restrict her movements as a precaution against Ebola.

Judge Charles C. LaVerdiere ruled Hickox must continue daily monitoring and cooperate with health officials if she chooses to travel.

The judge said there's no need to restrict her movements because she's not showing symptoms of Ebola. In his ruling, LaVerdiere thanked Hickox for her service in Africa and wrote that 'people are acting out of fear and that this fear is not entirely rational'.

It was also claimed today, the 33-year-old nurse's roommate in Sierra Leone had been treated for Ebola but the court reportedly said that any risk had passed.

Barack Obama is doing such a great job managing the Ebola crisis, fighting ISIS and covering up scandals in the Internal Revenue Service, Veterans Affairs Department, Obamacare, Benghazi and Alcohol, Tobacco and Firearms between rounds of golf that he has been angling to take over law enforcement responsibilities in Ferguson, Missouri.

Outgoing Attorney General Eric H. Holder Jr., leaving office one step ahead of an indictment or a second contempt of Congress charge, said that there was a need for “wholesale change” in this town’s police department following the killing of a marauder who attacked a policeman during riots earlier this year.

Holder is currently conducting not one but two civil rights inquiries into the death of Michael Brown at the hands of Officer Darren Wilson. One focuses on Wilson, who is expected to be cleared of all charges by a local grand jury, and the other probing what Holder suspects is a “pattern of civil rights violations” unrelated to Brown’s death.

Meanwhile, the St. Louis County Police Department is stocking up on tear gas, less-lethal ammunition and plastic handcuffs in anticipation of massive protests in the event Wilson is not indicted.


It always seems appropriate that Halloween comes just days before an election. Politicians are masters at dressing themselves up in ways that obscure reality, in particular their positions on tough issues.

With the midterm elections looming, the winner of this year’s All Hallow’s Eve costume contest could be former Florida Gov. Jeb Bush, who soon may be announcing his candidacy for the 2016 Republican presidential nomination.
Among politicians of all stripes, Democrat and Republican alike, there has been no more avid booster of the so-called Common Core State Standards (which actually are national in scope) than Jeb Bush, the patrician son of President Bush I and brother of President Bush II.

Bush hasn’t hesitated from taking potshots at Common Core opponents, variously calling them politically motivated, conspiracy theorists, and even intellectual weaklings who value kids’ self-esteem over serious learning. He has shown no sign of seriously pondering critics’ arguments about the perils of CC’s would-be centralization of power over all education and the serious harm its one-size-fits-all and test-heavy regimen will do to children. 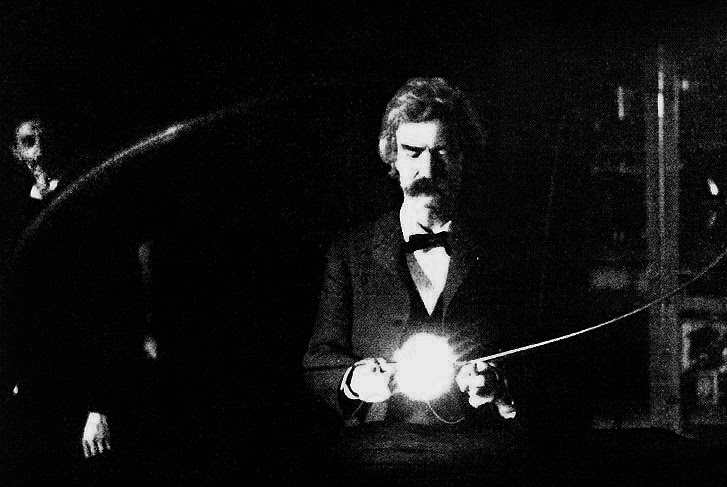