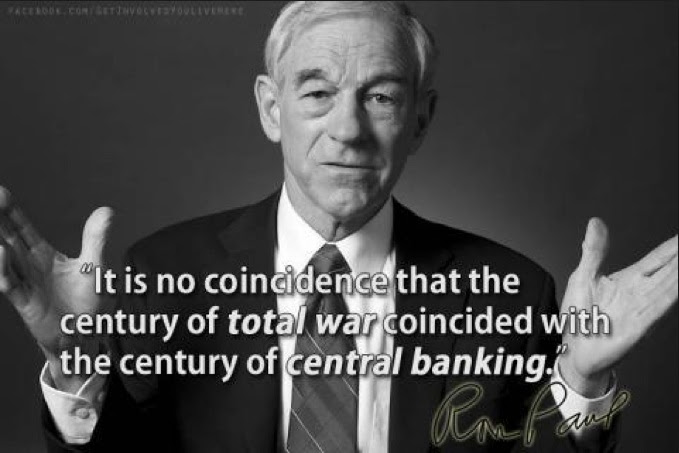 
Do you remember all the hopes Americans had for Obama when we elected him to his first term?

Painful memories. He betrayed the voters on every one of his promises. There was no change, except for the worst as Obama went on to become one of the most vicious war criminals in world history.

Despite his horrific record, we re-elected him, only to have US economic policy turn against the people in order to bail out at our expense the mega-banks and the One Percent.

Now Obama is coercing Asia and Europe to turn the governments of their countries over to rapacious American corporations empowered by TPP and TTIP to subordinate all interests to their profits.

Here is Pepe Escobar on how the great and wonderful United States treats its enserfed vassals:

“Hardball, predictably, is the name of the game. Washington no less than threatened to block EU car exports [to the US] to force the EU to buy [Monsanto’s] genetically engineered fruits and vegetables.” http://www.informationclearinghouse.info/article44594.htm

Now we face the prospect of electing an even worse president than Obama—Killary Clinton. Killary is the bought-and-paid-for property of Wall Street, Israel, and the military-security complex. She will bring back to power the totally discredited neoconservatives, and the US will proceed with its butchery and slaughter of other countries and all reformist governments everywhere.

I read your effusive praise of Walter Cronkite, and your subsequent lament about the state of
American politics in The Hippo Press.

First, Walter Cronkite as a bastion of impartiality and fairness?  The man was a far-left loon,
desiring One World Government.  He lied straight to the American people about the Tet Offensive
being a calamitous loss for the American side when, in fact, it was a crushing defeat of the
Communists.  It was that mendacity that not only poisoned the election, caused America's
military effort to lose support of the public, but I firmly believe that it was part of a
long-term strategy to create a calamitous American loss that the media - now eager to EFFECT
and SHAPE policy rather than merely informing the public - could point to in any future
military situation.  Just look at how quickly Afghanistan and Iraq were analogized to "another
Vietnam".

Second, you "tsk" about topics like "homeless refugees".  I wonder what that could possibly
mean.  The Muslim invaders colonizing Europe to accomplish its Islamization in a manner
consistent with Jihad-by-migration, otherwise known as Hijra?  It's all fun and games until
your daughter is spit on, harassed, slapped, and gang-raped.  Or your son anally raped by
a grinning man so badly he needs medical treatment, even as he justifies it by claiming he
"had a sexual emergency".  Or streets turned into sewers, train stations into crime centers,
etc.

When, not if, Europe ignites into a race war, it will be Invader-phile people like you who
are to blame.

Cronkite abused his position as the "most trusted man in America" to bamboozle America into
considering a war that was about to be won as lost.  He deserves, not accolades, but to have
scorn and derision as one of the worst traitors imaginable piled on his name.

And, in my own personal fantasy, he needs to be exhumed and his skull mounted on a pike
in front of the Columbia School of Journalism where - daily - the faculty needs to stand
and watch as Vietnam veterans piss all over it as a lesson to the next ten generations of
journalists what SHOULD and WILL happen to them should they choose to distort and lie as
he did.

Man Threatens to Kill Donald Trump, His Daughter, and Wife

A formal complaint was filed on Friday against Alabama Chief Justice Roy Moore by an Alabama judicial oversight body claiming that he "flagrantly disregarded and abused his authority" in ordering the state's probate judges to refuse applications for marriage licenses by same-sex couples.

As a result of the charges, Chief Justice Moore, 69, has been immediately suspended from the bench and is facing a potential hearing before the state's Court of the Judiciary, a panel of judges, lawyers and other appointees. Among possible outcomes at such a hearing would be his removal from office. 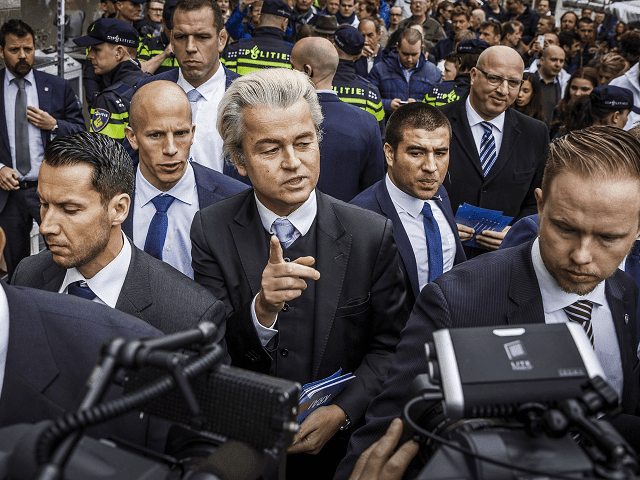 Wilders is an anti-Islamist leader in Europe. Since 2004 he received permanent personal security for speaking out against Islamic fundamentalism.

Geert will be in Cleveland.

The Trump campaign plans on “juicing up” this year’s convention.


More @ The Gateway Pundit
Posted by Brock Townsend at Saturday, May 07, 2016 No comments:

Jack Hunter: Anatomy Of A Cuckening 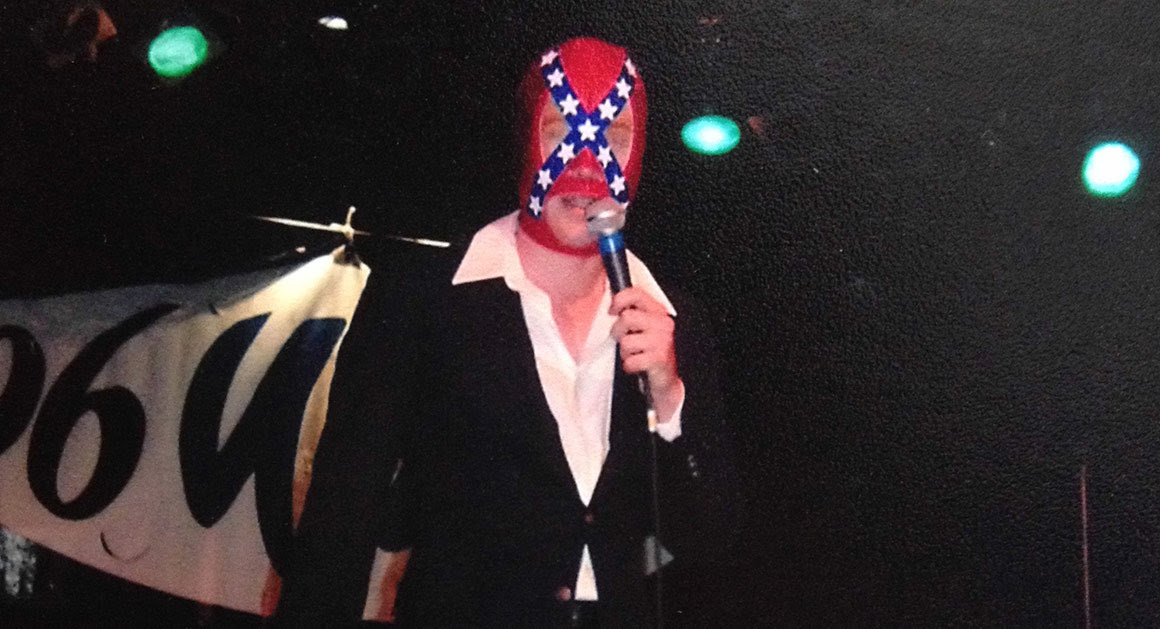 Former Rand Paul staffer Jack Hunter ran a lengthy piece in the Daily Beast this week, criticizing me for co-authoring an explainer on the alt-right that wasn’t, as every other journalist’s attempt to chronicle the movement has been, a pointless collection of faux-outraged virtue-signalling.

I don’t normally respond when a Left-wing outlet cries “racist,” of course. That’s what they exist to do. But Hunter’s odd mixture of hero-worship and playing to the progressive gallery caught my eye. I’m intrigued by the bizarre tone of the hit job — at once slavishly admiring and superficially damning.

Milo Yiannopoulos is awesome. The alt-right is not: https://t.co/NC6UznmLeb via @thedailybeast
— Jack Hunter (@jackhunter74) May 5, 2016

In the piece, he writes that he is “disturbed” by an auditorium full of energetic, mischievous students at one of my events chanting, “Cuck!” His headline and subhead also accuse me — somewhat laughably — of being the “face” of a racist hate movement.


More @ Breitbart
Posted by Brock Townsend at Saturday, May 07, 2016 No comments:

Via comment Anonymous on Foundations of Islamic Reason: Understanding the

Milwaukee County Sheriff David A. Clarke Jr. has sharply criticized over the years any number of causes and people, ranging from Beyoncé to Black Lives Matter.

But here is a completely new target for the outspoken sheriff:

Clarke -- who is African-American -- posted a tweet this week questioning Kentucky officials who decided to remove a Confederate monument adjacent to the University of Louisville campus. A Kentucky judge has since issued a temporary order blocking the move.

"Separating people from their history is the second step to enslavement after first disarming them," Clarke wrote. 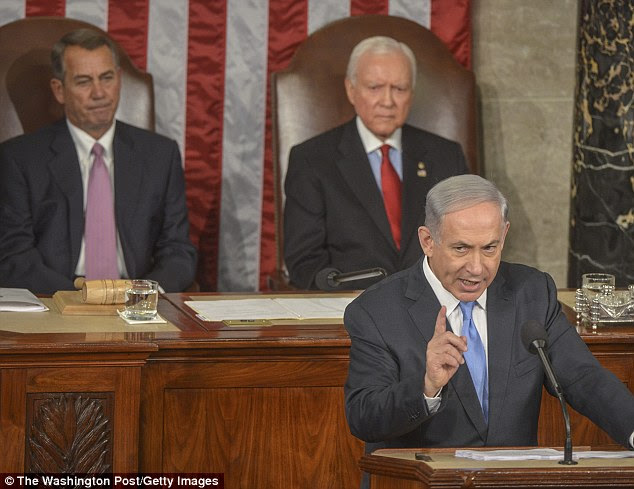 The Obama White House set up an 'echo chamber' of planted experts to control the public discussion about the president's slow-brewing nuclear deal with Iran last year, according to the puppetmaster behind the program.


Ben Rhodes, the administration's top foreign-policy messaging expert, deployed 'legions of arms-control experts' to propagandize about the virtues of the controversial agreement, The New York Times Magazine will report on Sunday.

The anointed academics and think-tankers fed favorable information to reporters via interviews and social media onslaughts, making the case for an outcome that generated outrage among conservatives and horrified Israeli Prime Minister Benjamin Netanyahu.

'We created an echo chamber,' Rhodes admitted in the 10,000 word profile of his internal role as a stand-in for Obama on all things that extend past the water's edge.
'They were saying things that validated what we had given them to say.