NC: John Brown's PLOWOLOGY "I Am The South"


Thanks to your continuous support, PLOWOLOGY was recently recognized as one of the Top 10 Bands on ReverbNation!

It's an honor to have reached this milestone -- 'thanks' to each and every one of you for supporting the band thus far. And catch HOUND and some spoken word PLOWOLOGY each Saturday at 4pm EST on the RFD-TV NETWORK tv show, THE RIGHT PLACE with KEVIN SPORT!

Posted by Brock Townsend at Monday, August 03, 2015 No comments:

How U.S. ambassador, his husband and their adopted babies have become the faces of Vietnam's flourishing gay rights movement

Via comment by Unreformed 2015 on  True Americans refuse to give up on Confederate fl... "I owe no allegiance to a country that supports this." 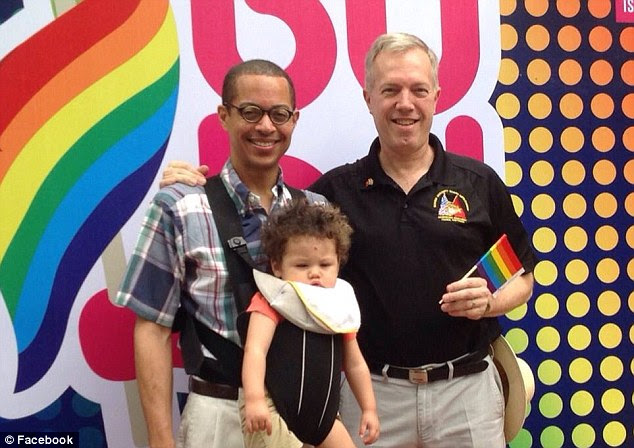 Awwww, just think how well their "children" will turn out.............from one commie nation to another.  Guaranteed that 99% of the Vietnamese populace heartily disapprove of such.


They moved to Vietnam only eight months ago, but U.S. Ambassador Ted Osius and his husband have already taken the nation by storm - becoming the faces of its flourishing gay rights movement.

Osius arrived in the Asian country with his spouse of nine years, Clayton Bond, and their toddler son last December -  just days before the government repealed a law banning same-sex marriage.

He immediately started attending official government events and press gatherings with his husband and now-19-month-old child, making a point to introduce them to other politicians and the public.

He also regularly uploaded pictures of his family - which now includes an adopted five-month-old girl - on social media, paving the way to his current status as a role model for young, gay Vietnamese.

A gunman killed during his attack on an Islamic prophet Muhammad art show in Garland, Texas, reportedly bought a pistol through a botched federal firearm sting.

Nadir Soofi bought a 9-mm pistol at a Phoenix gun shop in 2010, one report said, that sold illegal firearms through ATF’s heavily criticized Operation Fast and Furious to track firearms back to Mexican drug cartels.

Progressive Rag: “To Save The Planet We Must Shrink The Economy; Curb White Population”

Many have wondered why President Obama’s economic plans don’t seemed geared toward actual economic growth or uniting the American people. From causing energy bills to skyrocket to fighting Climate Change, to looking to raise the minimum wage to $15 an hour, everything the Progressive left supports appears geared towards shrinking the economy instead of growing it and causing more division among the American people.

Well… it appears, according to a Progressive news source, that’s the whole point.

Via Charlie "This was great and so impressive.  Don’t care what the news reports, WE WERE THERE, and there were at least 100 or more trucks flying flags in the convoy and many people at each overpass between New Bern and Kinston!  Hope more people from Pvt. Bryan Jackson Buck Camp can make it to the next one!" 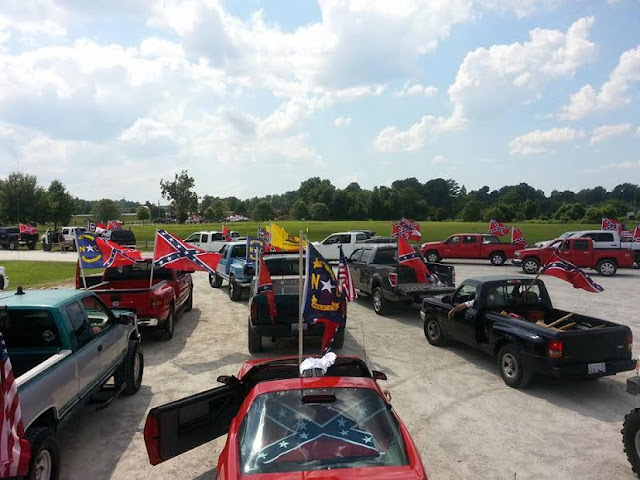 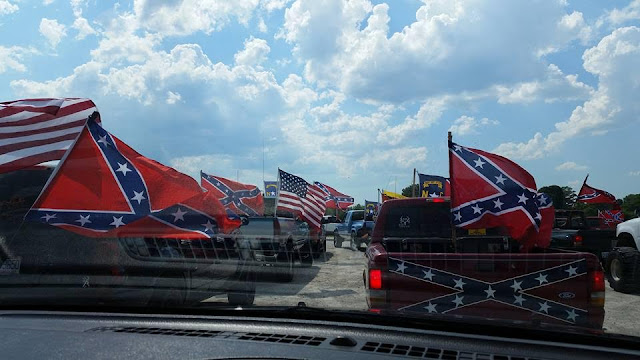 Three North Carolina men fearing a government takeover and martial law stockpiled weapons, ammunition and tactical gear while attempting to rig home-made explosives, according to charges announced by the Justice Department on Monday.

The men from Gaston County, near Charlotte, were arrested by federal authorities on Saturday after more than a month's investigation.

(ATLANTA - August 3, 2015)   On Sunday, CBS 46 in Atlanta featured a story on their television newscast, on their website, and on their Facebook and social media pages about a supposed resurgence of the KKK in Paulding County.  Prominently featured with the story, however, was the legally registered logo of the Sons of Confederate Veterans, an organization which is in no way affiliated with the Klan.  The Sons of Confederate Veterans was founded in 1896 by actual sons of the Confederate veterans and was charged by the veterans, themselves, with providing the true history of the South to future generations.  The SCV is an historical preservation and geneological association and is open to members of all races who have Confederate ancestors, including black Americans of whom the organization has members.

Before the end of the day on Sunday, state officials of the Georgia Division of the Sons of Confederate Veterans (SCV) had already contacted CBS 46 and ordered an immediate removal of the organization's logo, as well as an online and on-air apology by station management.  Screen shots of the content were captured by members of the SCV and sent to state and national headquarters.  Even if a retraction is made by the station, SCV leaders in Georgia have indicated that they will likely pursue legal action against the station for what is viewed as a blatant and intentional error on the part of CBS 46 and its staff to associate the SCV with the KKK.

For more information about the Sons of Confederate Veterans or any of this year's planned events to commemorate the Sesquicentennial of the War, contact the Georgia SCV at 404-271-8473 or online at www.GeorgiaSCV.org

* Permission to reprint this release is granted.
Posted by Brock Townsend at Monday, August 03, 2015 2 comments:

This Cuda was built using the best parts to insure durability and consistency, while retaining the look of a hot street machine both outside and inside.

Over 800HP of all aluminum engine and a total car weight of less than 2700 lbs.

Engine and trans are new with only dyno pulls with 20 test/tune and licensing runs.

Failed licensing physical and unable to get NHRA license to drive car.

Too much to list. Please send for PDF file. RawHP.John@aol.com 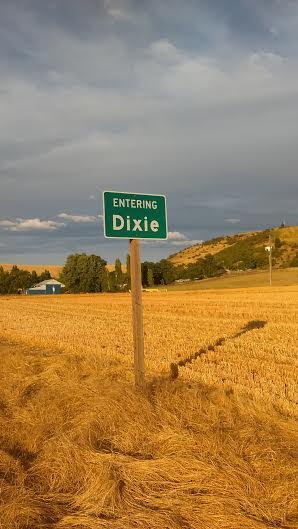 I was having overheating issues with my car on the way home last weekend from PatCon and missed my turn. I wound up driving an extra hundred miles out of my way  before I could get on another West Bound highway out of Lewiston Idaho.

I ran into this about forty miles inside the Oregon Border on my way home and thought of you so I stopped and snapped a picture. ​I must have went farther South than I thought!

Best of luck with your PatCon coming up.I am so glad I got to go to this one.

True Americans refuse to give up on Confederate flag

Confederate flag supporter Jerry Gray of Conyers, Ga., is held back by a fellow supporter as he yells at Ku Klux Klan members to go home, while he and others protest what they believe is an attack on their Southern heritage during a rally at Stone Mountain Park in Stone Mountain, Ga., on Saturday, Aug. 1, 2015.


Many Americans assumed the Confederate flag was retired for good after governors in South Carolina and Alabama removed it from their statehouses this summer and presidential candidates from both parties declared it too divisive for official display.

But people still fly it, and not just in the South, despite announcements by leading flag-makers and retailers that they will no longer sell products showing the secessionist battle flag.

Some who display it are motivated by pride in their ancestry or enthusiasm for Southern history. Others see it as a symbol of their right to challenge to authority in general, and the federal government in particular. And some have hoisted Confederate flags in recent weeks precisely because it's generating controversy again.