The national debate over whether controversial statues should be removed has now put a spotlight on Pittsburgh. A statue of Stephen Foster, dubbed "America's First Composer,” faces an uncertain future after calls for its removal.

The statue features the songwriter as he sits on a perch while a barefoot slave plays the banjo below him.

Foster, a Pittsburgh native who died in 1864, is known for writing songs like "Oh! Susana,” "Old Folks At Home,” and "Old Black Joe.”

The Marxist Campaign to Transform America The present feverish campaign to remove Confederate monuments and other symbols which offend certain loud groups  in our society began in earnest back in 2015, after the murder of several black parishioners in a church in Charleston, South Carolina. But that movement dates back much longer. Its real origins go back to the 1960s and early 1970s, and the triumph of a form of what has been called “cultural Marxism” in our universities and colleges, and a resultant and progressive transformation of views of American history in our popular culture.

Recall that even into the late 1950s and certainly up until the “Civil War Centennial” (1960-1965) not only in  our popular culture, but in most of the history taught in our schools and colleges, the South, and in particular, the Confederacy, were viewed with some respect, if not sympathy. If slavery was condemned—and not just in the Northern states, but also by the South—still, in particular, the veterans of the tragic Confederate military odyssey, were portrayed by Hollywood in such films as “The Raid” (Van Heflin), “Rocky Mountain” (Errol Flynn) or “Jesse James” (Henry Fonda, Randolph Scott), as noble and heroic figures doing their duty. And who can forget such popular television programs as “The Rebel” (1959-1961, with Nick Adams) or “The Gray Ghost (1957-1958, with Tod Andrews) with their romantic portrayals of those soldiers fighting for the “lost cause”


More @ The Abbeville Institute
Posted by Brock Townsend at Friday, October 06, 2017 No comments:

A good thing for gun rights advocates and their opponents to keep in mind is that the Second Amendment is not an authorization, it is not a creation of a right, it is the acknowledgement of an absolute right to defend oneself against criminals either inside or outside of the government.

The shooting event in Las Vegas cannot be absolutely ruled out as a false flag operation and, in fact, several indicators point to just that, so no law would have prevented the government from setting up this fiasco and covering their tracks with the same arrogance they covered up the facts of Waco and Fast and Furious.

Democrats, along with some Republicans hoping to triangulate, think that banning bump fire stocks would prevent another attack like the one in Las Vegas. It’s too late, folks.


Pictured is the Bump Fire Stock created by Disruptive Solutions. What is notable about this stock is that it is a free, open-source design released by that company, with complete schematics for 3D printing.

Grassley concerned about FBI use of Trump ‘dossier’ in Russia investigation 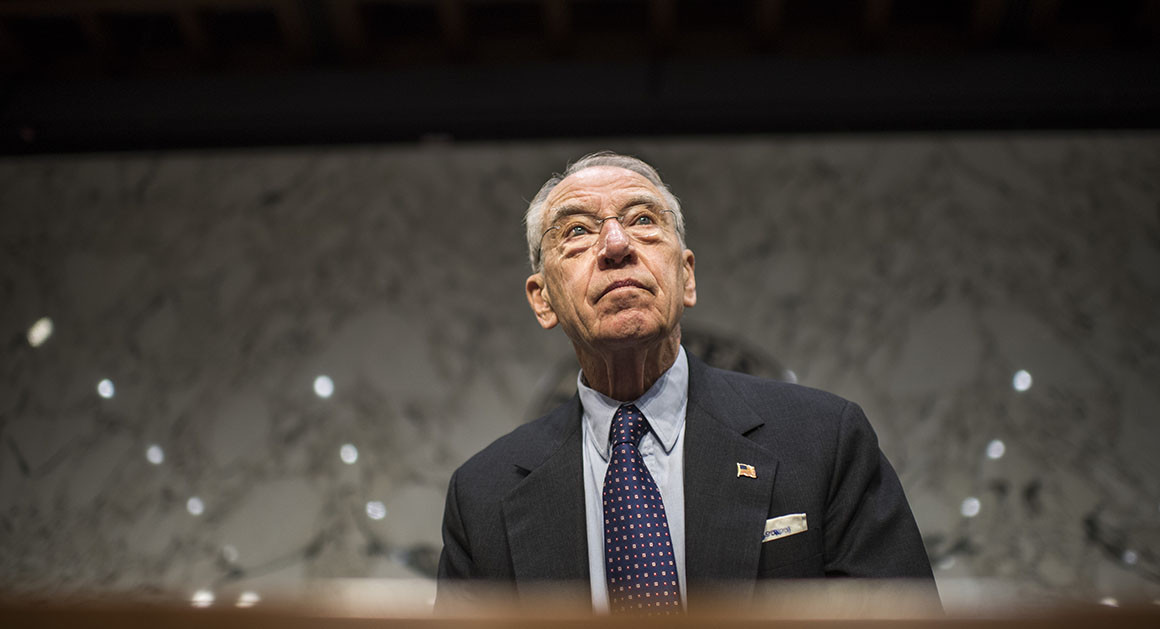 If the FBI had interpreted a foreign intelligence service's receipt of the Steele dossier as a de facto confirmation, "it would be alarming," Grassley wrote on Friday to FBI Director Christopher Wray.


Senate Judiciary Chairman Chuck Grassley on Friday asked the FBI to explain how foreign intelligence sharing has affected its use of an unverified dossier containing salacious allegations about President Donald Trump for its Russia investigation.

The Iowa Republican has raised concerns to the FBI about the so-called Steele Dossier since March, but in a Friday letter he highlighted "material inconsistencies" in the bureau's answers so far about its use of the controversial and unproven Trump-Russia dossier.

Busy with the PATCON.

Posted by Brock Townsend at Friday, October 06, 2017 No comments: