During a press conference on Wednesday, Agriculture Secretary Tom Vilsack announced the unilateral creation of new “climate action hubs” that will be placed in seven locations around the country.

“On the heels of passage of the farm bill, the administration will take executive action to help farmers, ranchers and rural communities combat climate change and adapt to extreme weather and other damage it causes,” a White House official said in an email ahead of Wednesday’s announcement.

The hubs will link a network of universities, nonprofits and Federal and State agencies to help further the President’s climate change agenda without legislative help.

The unidentified suspect started his rampage near Delray Beach around 8:15 p.m. He seriously assaulted two victims and a young boy. Deputies first tried tasing the suspect, but when that failed they resorted to lethal force, Sun Sentinel reports.

The suspect, who was described as 6-foot-3 and 250 pounds, first assaulted a retired New York City police officer before moving on to an 18-year-old who suffered bite wounds to his face. The teen managed to thwart the attack by using a box cutter. Both were badly beaten.

The “superhuman” man then chased after a father and his 10-year-old son, who hurt himself clambering under a fence as he tried to flee. 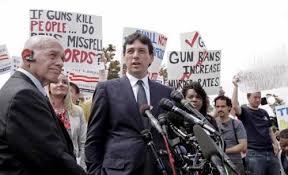 Mr. Gura is a partner at Gura & Possessky in Alexandria, Va. Mr. Gura successfully argued the case District of Columbia v. Heller, where the Supreme Court held that the Second Amendment protects an individual's right to bear arms. In North Carolina Gura, with GRNC as one of the plaintiffs, struck down our State of Emergency gun ban as unconstitutional under the Second Amendment in the case Bateman v. Perdue - a benefit North Carolinians recently enjoyed when McCrory declared a snow state of emergency last week. Click here to read more about Alan Gura.

Make plans to join other gun rights supporters for lunch and a presentation by Alan Gura on Second Amendment litigation.

One hour of North Carolina CLE credit (approval pending) can be purchased for an additional $3.00.

or RSVP by emailing

TriangleFederalistSociety@gmail.com
Posted by Brock Townsend at Wednesday, February 05, 2014 No comments:


Very similar to the show at the Mosque that I saw, though the crowds were completely different for some reason.  I don't know where this was performed and could find nothing on a search. A phenomenal showman who put every ounce of energy into his shows.

Three people including a Taylor County Deputy were shot at a car dealership in Perry.

In the heart of Perry in front of Timberland Ford on Byron Butler Parkway, WCTV got updated information from FDLE within the last hour. Here's what we know.

FDLE says an employee crashed his truck through the front of the showroom, got out, and started firing.

A Taylor County Deputy, Robert Lundy, happened to be there getting his patrol car serviced and returned fire.

The suspect, who is an employee, was shot and killed.

Lundy was shot and so were two other people. FDLE says it is hopeful all three will survive.

All of this happened in about two minutes.

All Federal Gun Laws Are Unconstitutional


Freedom Outpost's Constitutional scholar Publius Huldah recently explained why Federal gun laws are unlawful. She noted that the first gun control measures put in place in the United States did not take place until 1927, when Congress banned the mailing of certain weapons. We went from 1776 to 1927, 150 years after our founding, when Congress decided, "We better start disarming the American people."

A man is dead after a homeowner reportedly shot an intruder overnight in northeast Wichita.
Police were called to the 2300 block of North Poplar around 3:45 a.m. Officers say a 35-year-old woke up to a noise, then opened his bedroom door and saw a man inside his home. A disturbance ensued and shots were fired.

Posted by Brock Townsend at Wednesday, February 05, 2014 No comments: 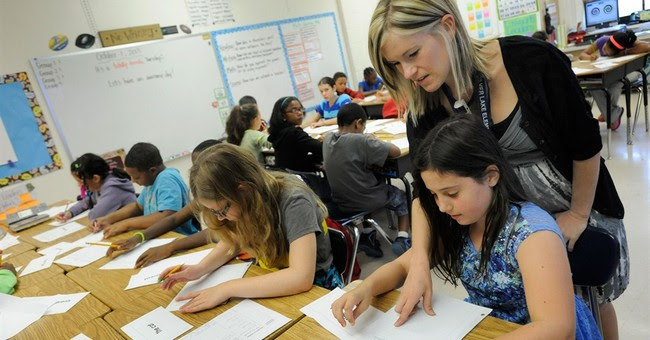 Philadelphia's public school system has joined several other big-city school systems, such as those in Atlanta, Detroit and Washington, D.C., in widespread teacher-led cheating on standardized academic achievement tests. So far, the city has fired three school principals, and The Wall Street Journal reports, "Nearly 140 teachers and administrators in Philadelphia public schools have been implicated in one of the nation's largest cheating scandals." (1/23/14) (http://tinyurl.com/q5makm3).

Investigators found that teachers got together after tests to erase the students' incorrect answers and replace them with correct answers. In some cases, they went as far as to give or show students answers during the test.

GOP Senator Slams IRS: ‘It’s Hard to Think of a Group of People Less Deserving’ of $62.5 Million in Bonuses

Sen. Orrin G. Hatch (R-Utah) slammed the Internal Revenue Service on Tuesday for its recent decision to award approximately $62.5 million in bonuses, a move he characterized as “a very bad thing to do at this particular time.”

IRS Commissioner John Koskinen announced earlier this week that government officials had agreed to reward the agency’s “high-performing employees” for their “great work.” The decision is an about-face from the agency’s earlier attempts to save money in the face of supposedly “devastating” budget cuts.


More @ The Blaze
Posted by Brock Townsend at Wednesday, February 05, 2014 No comments:

“Recently we've unearthed some sickening corruption in a nearby town and it's led to unlawful arrests and gun confiscations from two veterans that are also Oath Keepers,” a Friday Facebook message from James Franklin, Regional Director for Come and Take It Texas - West Texas Region, began. “Over the past week this issue has gotten even more complicated as the police in the town refuse to file police reports about one of their residents making terroristic threats against our group's members.”

Franklin was referring to a local resident who opposes lawful open carry of long guns to the point of pledging to inflict harm on people he calls “cowards.”

GRNC staff, board and volunteers with Tommy Shaw from Styx for a fundraiser.
We are sure the Clemmons Village Council has not heard the last from the pro-Second Amendment group Grass Roots North Carolina after the council voted last week to keep a ban on weapons on village-owned property.

We were encouraged to see council members — on a vote of 4-1 — stand up to the nonprofit group that advocates for the rights of gun owners. It’s their town, after all. A representative of the gun group spoke to the council before its vote, arguing against the gun-free zone as a violation of new state law and an abridgement of freedom, Journal West’s Lisa O’Donnell reported.

Grass Roots North Carolina, which counts among its members new Clemmons Council Member Bill Lawry, has a logo on its website picturing a vicious-looking dog with what appears to be a copy of the U.S. Constitution in its snarling teeth.

Posted by Brock Townsend at Wednesday, February 05, 2014 No comments:

Another week has gone by and, like clockwork, some more hilariously awful Common Core math lessons have oozed out of the woodwork.

This time, reports EAGnews.org, the culprit is Illuminations, an outfit created by the National Council of Teachers of Mathematics and financially supported by the Verizon Foundation.

The Common Core-aligned lessons on offer at the Illuminations website

are nothing if not illuminating.


More @ The Daily Caller
Posted by Brock Townsend at Wednesday, February 05, 2014 No comments:

Salon Defends Communism, Including all the Murders

Some things, you just wonder why they didn't happen sooner. Salon.com's publishing of a full-throated defense of communism is one of them.

Salon is one of those premier liberal outlets whose regular outrage at anything conservative lands its writers frequent guest appearances on MSNBC.

Now, it's finally gotten around to publishing one of its contributing writers' litany of reasons communism isn't so bad, after all. If you can stomach it, the original article is here.

NC: Crowds gather for dedication of town park to those who fought and died at The Battle of Newport Barracks 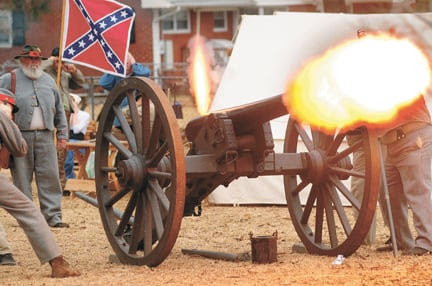 On the 150th anniversary of the biggest Civil War battle fought in Carteret County, town residents and visitors gathered to dedicate a new memorial park to those who fought and died at The Battle of Newport Barracks.


The two groups set up a demonstration camp to show people how soldiers lived during their time at the barracks. The battery group provided demonstrations of how Civil War artillery crews fired their cannons, firing off thunderous reports that surprised the crowd on Sunday and set off car alarms.

Last month, in a sermon the media described as “fire and thunder,” [1] the Rev. William Barber, head of the NC NAACP, mounted the pulpit of Zion Baptist Church in Columbia, South Carolina, and began to excoriate all things political — to the right.

Barber singled out by name U.S. Senator Tim Scott (R) of South Carolina, arguing, “A ventriloquist can always find a good dummy.” [2] Barber said that Scott was just a mouthpiece for the Tea Party. The remark received considerable attention, even making the national news.

But it was what Barber said about pastors on the religious right that was largely overlooked. Barber said “[i]ssues such as voting, healthcare, environment and education ‘are moral issues, faith issues.’”

And he also added, “Any profession of faith that doesn’t promote justice and standing against wrong is a form of heresy… Pastors who obsess about topics like prayer, homosexuality and abortion while neglecting justice, poverty, fair play and equality issues ‘are just running their mouths.’” [3]

Conservative evangelical ministers would certainly agree that the many social issues Barber named are “moral issues, faith issues.” But it is Barber, we believe, who has embraced a heresy.