Pentagon Goes Rooting for ‘Extremists’ Among Its 3.6mn Trained Killers

The US military is making a big show of cleansing its ranks of ‘extremism’ – because nothing says tolerance like raining fiery death on innocent strangers at the command of a guy who just stepped down from Raytheon’s board.

With “domestic extremists” now officially the enemy du jour in Washington, the top order of business has become finding some. On Wednesday, newly-anointed secretary of defense (and former Raytheon board member) Lloyd Austin ordered a two-month stand-down so that commanders could engage in “needed discussions” with their subordinates on the issue.

The Last Time the D.C. Establishment Labeled its Political Opposition as “Insurrectionists” (And How It Taught Them About “National Unity”)

In words that are eerily reminiscent of what senile old Joe Biden has chosen as his post-campaign theme, Stokes quotes one U.S. Army officer as saying:  “In the year of 1865 this great rebellion would be crushed out, and peace and harmony & good will would be restored between the North & South.”

The Washington establishment, led by a senile 78-year-old man who can barely speak in complete sentences and seems permanently fighting mad, is hell- bent on labeling virtually all Americans who voted for President Trump –Republicans, Independents, and Democrats — as “insurrectionists.”  They have invoked the Insurrection Act of 1807 to justify placing thousands of heavily-armed National Guard (and other) troops in Washington, D.C., who appear to be stationed there indefinitely.  Comrade Pelosi, who turns 81 next month and also seems demented, always angry as hell, and extremely frustrated that she is not a dictator, has called for the placement of manned machine gun nests atop the Capitol building.  She is apparently worried that Trump voters might try to create their own version of one of those mass anti-Trump rallies in D.C. that she orchestrated in early 2017, way back when peaceful assembly and freedom of association were still legal and not acts of “insurrection.”  All of this is supposedly being done in the name of warm-and-fuzzy “national unity.”

JPMorgan Chase, or Chase Bank, has terminated its payment processing services to the pro-Trump brand Covfefe Coffee without providing a clear explanation for their decision.

Covfefe Coffee was founded in 2018, about a year after then-President Trump posted a confusing tweet that quickly went viral and became an internet sensation. “Despite the constant negative press covfefe,” the tweet said.

‘I’ve Been With Some Of You When We’ve Been Shot At’: Biden Revives Story Of Being Under Fire President's claim reminiscent of Hillary Clinton "landing under sniper fire 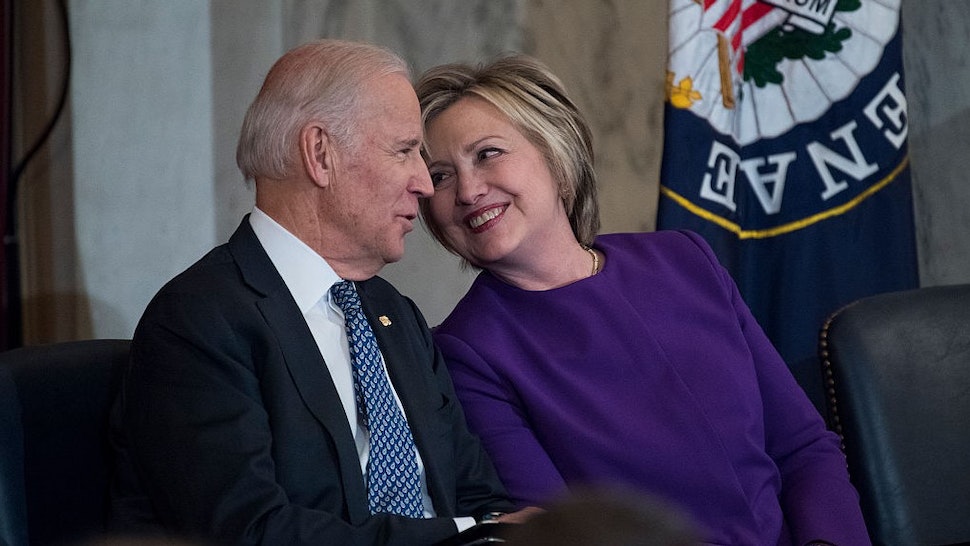 President Biden has revived a story he told years ago that he was “shot at” overseas, mirroring a claim once made by Hillary Clinton for which she later said she “misspoke.”

In a short address to State Department employees on Thursday, Biden said, “You have great personal courage. I’ve been with some of you when we’ve been shot at.” He offered no further details of the incident.

Neo-Nazi Ukrainians, and Forefathers of Antifa, Instigated and Participated in the Capitol Hill Riot Alongside Antifa (Lots of Info)

No, Trump Supporters weren’t the ones instigating the Capitol riots on January 6th.  Not only Antifa, but Ukrainian neo-Nazis were there instigating and partaking in violent activities as well.

Antifa, the group of domestic terrorists that tore apart cities in the US in 2020, ended up causing $2 billion in damage.  It’s no surprise then to find out that Antifa’s roots are in communists and Nazis in Europe:

The Story of a Vietnam War Veteran: The Stockdale Paradox

Via Reborn"Wish there were more like Stockdale. God knows, we need them."

Reborn has left a new comment on your post "The Saigon Mission Association 'The Last To Leave'":

The Story of a Vietnam War Veteran: The Stockdale Paradox

MA Climate Czar Says the Quiet Part out Loud in Private Meeting: We Must 'Break Your Will'

The progressive crowd has been saying the quiet part out loud quite a bit lately.

Time Magazine released an article on Thursday extolling the praises of a shadowy cabal of industry higher-ups who conspired to manipulate the election and oust Donald Trump.

Posted by Brock Townsend at Monday, February 08, 2021 No comments: