A girl walking to school somewhere in West Virginia during the Great Depression.

LEVI TRENTHAM, THE PROPHET OF THE SMOKIES

One of the early mountaineers you can learn about in our museum is Levi Trentham, who was called “the Prophet of the Smokies” and the “Mayor of Elkmont.” In his early days, Levi eked out an existence trapping bears and selling their hides. When tourists began invading the mountains, Levi cashed in by becoming a guide and one of the Smokies’ most popular storytellers. His renown as a racanteur got him invited to the dedication of Knoxville’s Henley Bridge. He arrived at the festivities, as the advertised representative of the “sprit of the Smokies,” in an oxcart.

According to Bill Hooks, the author of Whistle Over the Mountain, the classic book on the Little River Railroad & Lumber Company, Mr. Trentham established his own grocery store later in life. Being illiterate, he devised a unique way to run his store. He created an accounting system by hammering nails into the walls of his store for each of his customers. Each time a customer purchased an item on credit, Levi would draw a picture of the item purchased and stick it on the customer’s nail. However, this occasionally led to some humorous mix-ups.

For instance, a customer charged into the store one day accusing Levi of cheating him. He’d been in earlier to pay off his account and claimed Levi had charged him for something he never bought. Levi asked, “What be it?” The customer answered, “Well, you charged me for a wheel of cheese and I ain’t bought no wheel of cheese.” Levi then inquired, “Well, what did you buy?” “I bought a grindstone!” “Well,” Levi explained, “I just forgot to draw the hole in your grindstone, and that’s why I charged you for cheese.” 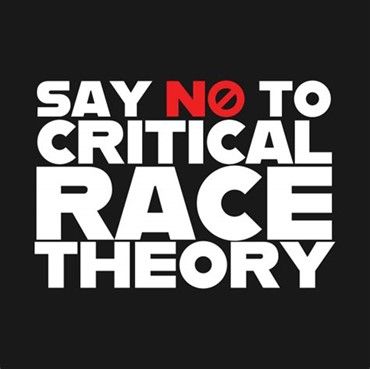 A program designed by the University of North Carolina (UNC) teaches 3 and 4-year-old disabled preschoolers to “deconstruct whiteness,” according to a report from Education First Alliance (EFA). Education groups called on the North Carolina General Assembly to stop funding a statewide program that teaches Critical Race Theory (CRT) aligned ideas to special education students, according to an EFA press release. There is no hunting like the hunting of a man, and those who have hunted armed men long enough and liked it, never care for anything else thereafter.”

Chris Kyle is probably the most famous sniper in U.S. history. Thanks to his best-selling autobiography, American Sniper, and an award-nominated film of the same title, the Navy Seal became an icon with 160 confirmed kills in four tours of duty in Iraq. However, decades before, Carlos Hathcock became a legendary sniper in the dense jungles of Viet Nam.

“The most deadly thing on a battlefield is one well-aimed shot.”

Orphans of the Storm There once were more than fifteen hundred Confederate memorials, including over seven hundred major monuments and statues, erected all across the United States and Canada, as well as in such far-flung locations as Brazil, Ireland and Scotland.  These memorials were erected from 1867 to 2017, and during the first century and a half of their existence, only five of them were ever removed for one reason or another.  However, beginning with the 2015 controversy over the Confederate Battle Flag in Columbia, South Carolina, a veritable firestorm has arisen that seeks to do away with everything related to the Confederacy.  Since that year, over a hundred and fifty of these memorials have been removed by law or destroyed by vandals.  The Confederate memorials that still remain in place, as well as the new targets that are now being added to the list of objectionable images, have all become orphans of this raging storm.