Gomer Pyle and the Music of Southern Poverty

Sometimes, you need to go halfway around the world in order to make a point, especially if the point to be made is not a simple one.  This is one of those times.  Also, it’s probably past time that I should explain the difference between a Yankee and a Northerner.  “Northerner” is a geographic term that refers to anyone not from the South, and not all Northerners are Yankees.  Many times, Northerners and Southerners alike share the same hallowed American philosophy of “leave me alone and we’ll get along just fine,” and I have a multitude of friends who are Northerners, great people, and trusted confidants.  However, “Yankee” is a conceptual term that applies to anybody who can’t stand for people to live differently from them.  Although it’s true that Yankee thinking is most closely associated with Puritans and New England, you can find it anywhere.  Yankees are threatened by anything alien to them, and their whole life purpose is to conquer and force change on everyone else to conform to their “hive” mentality.  The very fact that someone is out there living happily and differently is totally unacceptable to a Yankee, and it must be stopped.  In Star Trek terms, Yankees are like The Borg, and resistance is futile.

McEnany was congratulated for her promotion by her peers.

McEnany will appear five days a week alongside @HARRISFAULKNER, @EmilyCompagno, and the show’s rotating group of panelists.https://t.co/DzyYcpVUtw

A Statement from the 45th President of the United States. Donald J. Trump

A Statement from the 45th President of the United States. Donald J. Trump pic.twitter.com/PHcOwiyBSe

80% of Women /Girls From Mexico To US, Raped Along The Way

How insane is that?

Lara Trump recently interviewed her father in law President Trump and posted the interview on Facebook but almost immediately Facebook removed the video.

Facebook didn’t hide the reason why the video got deleted though, in Facebook’s official statement they stated “in line with the block we placed on Donald Trump’s Facebook and Instagram accounts, further content posted in the voice of Donald Trump will be removed”.

A year ago this week, I began chronicling the worldwide weaponization of COVID-19 by big government and big business to trace and track the health data of untold hundreds of millions of human beings. Let's review.

In March 2020, Singapore unleashed a Bluetooth app called "TraceTogether" on Google Play and the Apple Store to track people who tested positive for coronavirus and notify others through their cellphones. For those who argue that participation is completely "voluntary," bear in mind that Singapore functions as a high-tech dictatorship where refusal to comply with stay-at-home orders and refusal to share GPS location data with health bureaucrats are criminal offenses subject to six months' imprisonment and/or a $10,000 fine.

MEDIA 'White supremacy' label must be applied until it sticks "It wasn't an Asian narrative – we're not addressing the mental health issue that's going on in this country," she argues. "A lot of these [supposed] 'hate crimes' are not hate crimes. They're just [committed by] people who are mentally unstable."

Something isn't quite right about the narrative being pushed by the mainstream media of the dramatic increase of alleged "anti-Asian" violence around the U.S. – so says a spokesperson with a conservative black network.

When 21-year-old Robert Long allegedly killed eight people in the Atlanta area on March 16, the media immediately trumpeted that the shootings at three massage parlors were racially motivated because six of the victims were Asian and he is white. Despite every official source saying there was very likely a completely unrelated motive behind the tragedy, the media's narrative stuck. (See earlier related story)

On Monday, the U.S. Supreme Court stated Hillary Clinton wouldn’t be forced to testify over her criminal behavior while Secretary of State in the Obama Administration.

Judicial Watch wanted to depose Clinton and other U.S. State Department employees for her use of the infamous personal email server.

Supreme Court justices denied the appeal to let Clinton off the hook once and for all over the classified documents and vast corruption tied to the server.

Despite the evidence, Hillary will once again get away scot free for her crimes.

And the double standard of the U.S. court system is beyond disgusting.

75% Of All U.S. Voters, 69% Of Black Voters Support Voter ID Laws & 64% Of Americans See ‘Cancel Culture’ As A Threat To Their Freedom 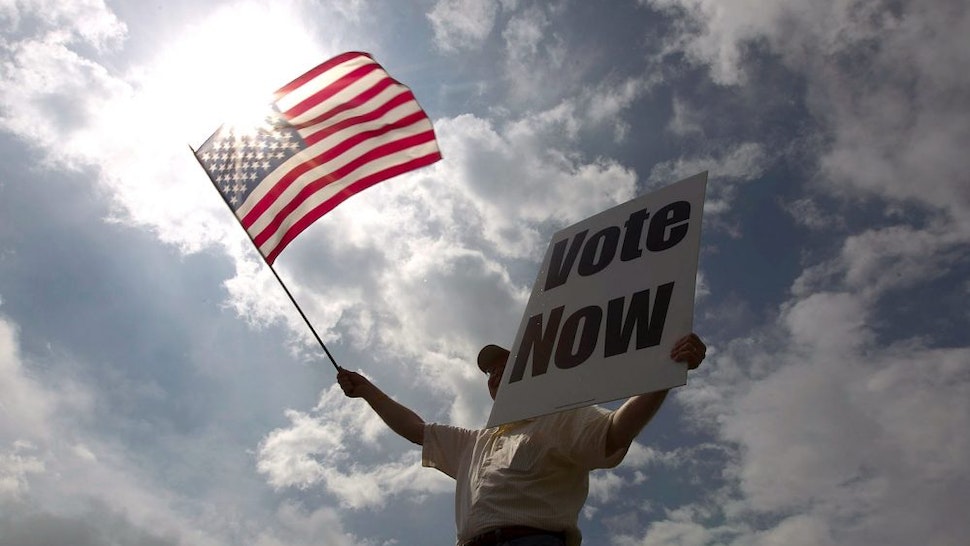 The subject of voter ID laws is one of the sources of contentious debate in our modern political arena. Here’s everything you need to know about the pivotal set of policies which could help decide future elections.

Poll: 64% Of Americans See ‘Cancel Culture’ As A Threat To Their Freedom