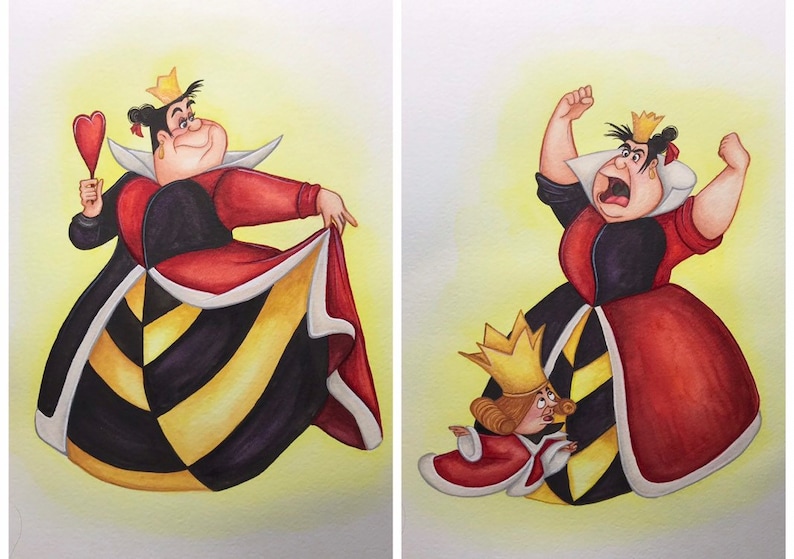 On Thursday night, President Donald J. Trump arrived to participate in a town hall on NBC with questions from a variety of voters, some undecided, some committed to Joe Biden, and others who had voted for him in 2016 and planned to do so again.  The hostess for the latest series of questions from the public was Savannah Guthrie.  Instead of being a mature and reasonable facilitator of the encounter between the president and the public, Guthrie revealed herself as an updated Queen of Hearts right out of the Lewis Carroll classic Alice in Wonderland.

Who is the Queen of Hearts?  She is not as concerned with public issues and understanding policies as she is with absolute rule and execution.  The Queen has been defined in three ways. First, she is a force of fear even though she is only a playing card perpetually shouting "Off with his head!" to various citizens of her kingdom.  Second, she actually does not execute anyone when she shouts "off with his head," because her King finds ways to commute her sentences.  And third, the Queen reveals that Wonderland is devoid of substance.

Could There Be Something Darker and More Sinister Lurking on Hunter Biden’s Hard Drive? 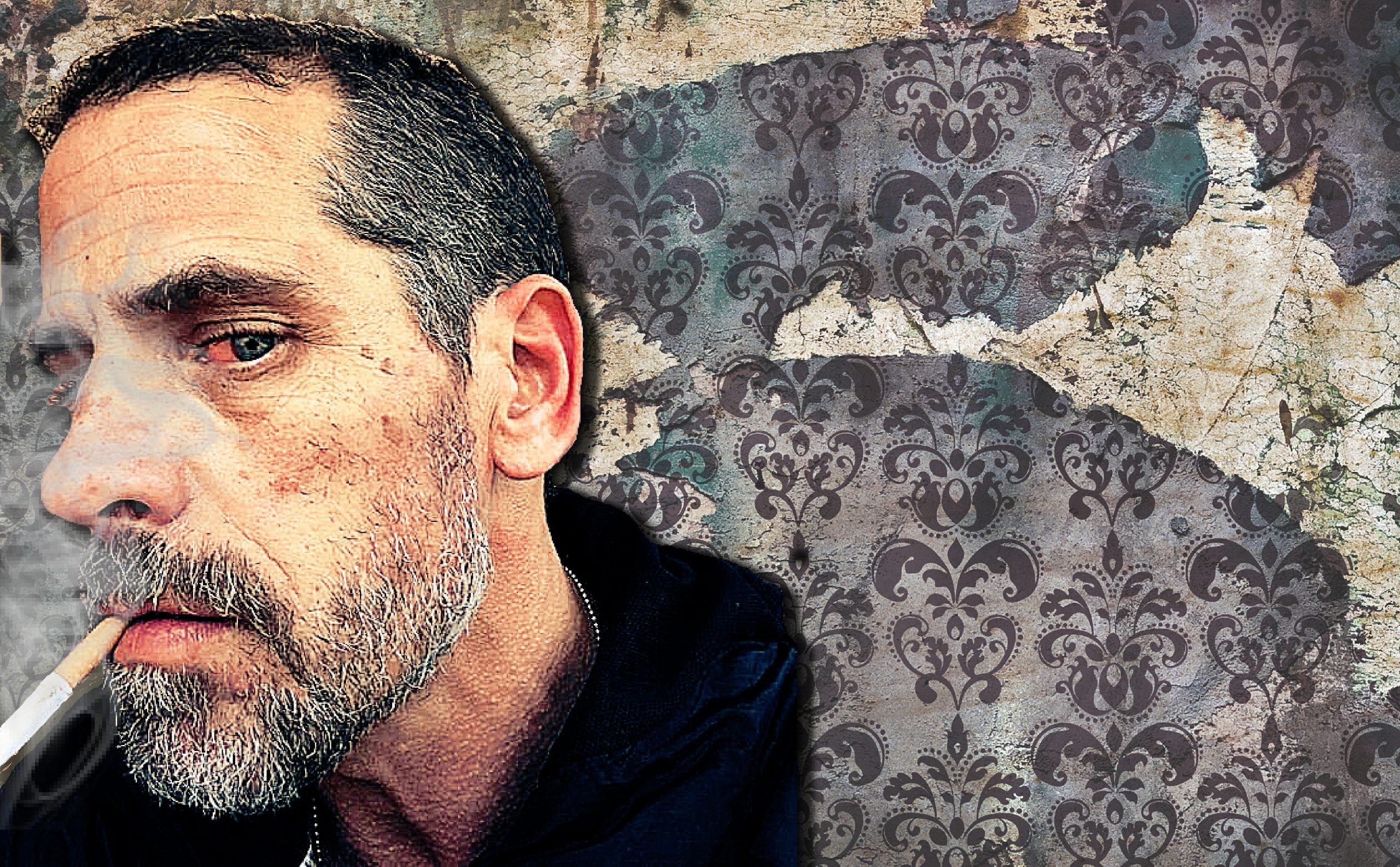 Nobody knows exactly where Hunter Biden is at the moment, but we all know where his laptop is … It’s at The New York Post. And thanks to a couple bombshell reports from The Post, we’re starting to get an idea of the gold mine that’s sitting on his hard drive.

In a nutshell, we’ve learned that Hunter Biden made a lot of money selling “VP access” to business folks in Ukraine and China.

The money Hunter raked in from his pay-to-play scam afforded him a wild and degenerate lifestyle, complete with hookers, strippers, and all the crack his little lungs could handle.

However, like most junkies, Hunter got sloppy, and when he took his laptop in for repair, it set into motion a string of events that would eventually lead to the opening of a Pandora’s Box straight from the bowels of ‘October Surprise’ hell.

This is an excerpt from The Blaze. For the full version, click here.

A few thousand votes in swing-state Minnesota may decide November’s presidential election. In this crucial swing state, one Democratic candidate came forward in July, in a largely unnoticed and untranslated video, to allege that the state’s DFL machine was buying votes in Minneapolis’ Somali-American community.

Republicans are voting to subpoena Twitter CEO Jack Dorsey to appear before the Senate Judiciary Committee next Friday to explain the company’s unprecedented speech blackout against a New York Post story that could embarrass the Joe Biden campaign. 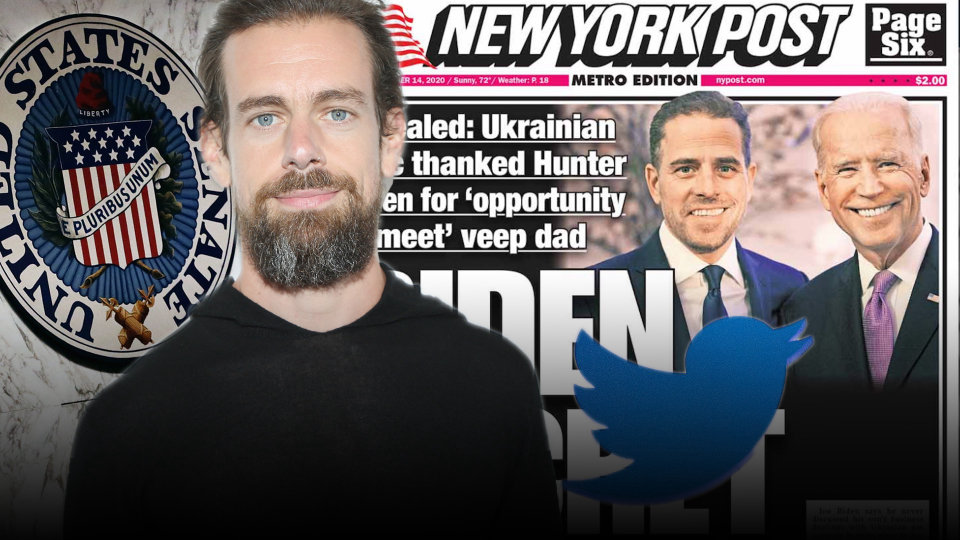 This is the right call on a serious issue, and we hope the Senators come prepared to persuade the American people, not grandstand. Big Tech’s increasingly dishonest and abusive assaults on ideas it dislikes will intensify unless the public comes to see that such manipulation is wrong no matter which side is targeted.

Must View: Staring Into the Abyss with Fr. Ed Meeks

Via 4Branch
Posted by Brock Townsend at Friday, October 16, 2020 No comments:

Via Jessie "What a douchehag. When does anyone ever interrupt any president like this? Rabid, while George tossed softballs at Pedo-Joe."

Rumble — President Trump has absolutely broken the media. They are nothing but PR for the Biden campaign at this point.

Top Liberal Tech Operative Comes Out of the Shadows: My Family Is Behind Most of the “Fake Liberal News” You See on Facebook This amazing report was ignored by the media — until today.

We are republishing this article on The Gateway Pundit with full permission from the author. 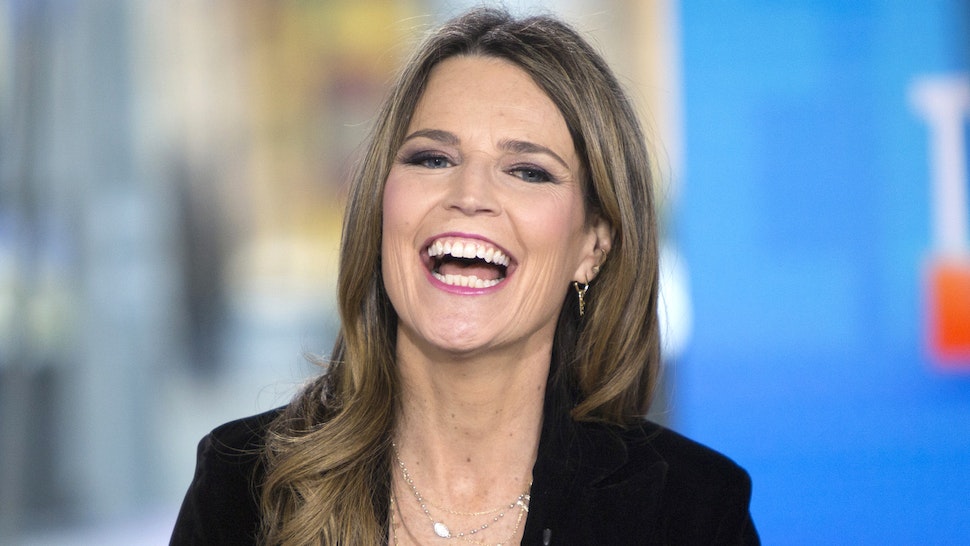 Leftist Savannah Guthrie was slammed online on Thursday night for her hostile and biased behavior toward President Donald Trump during an NBC News town hall event that was held in place of the second presidential debate, which was canceled last week.

The Countries With The Most Firearms In Civilian Hands [Infographic] 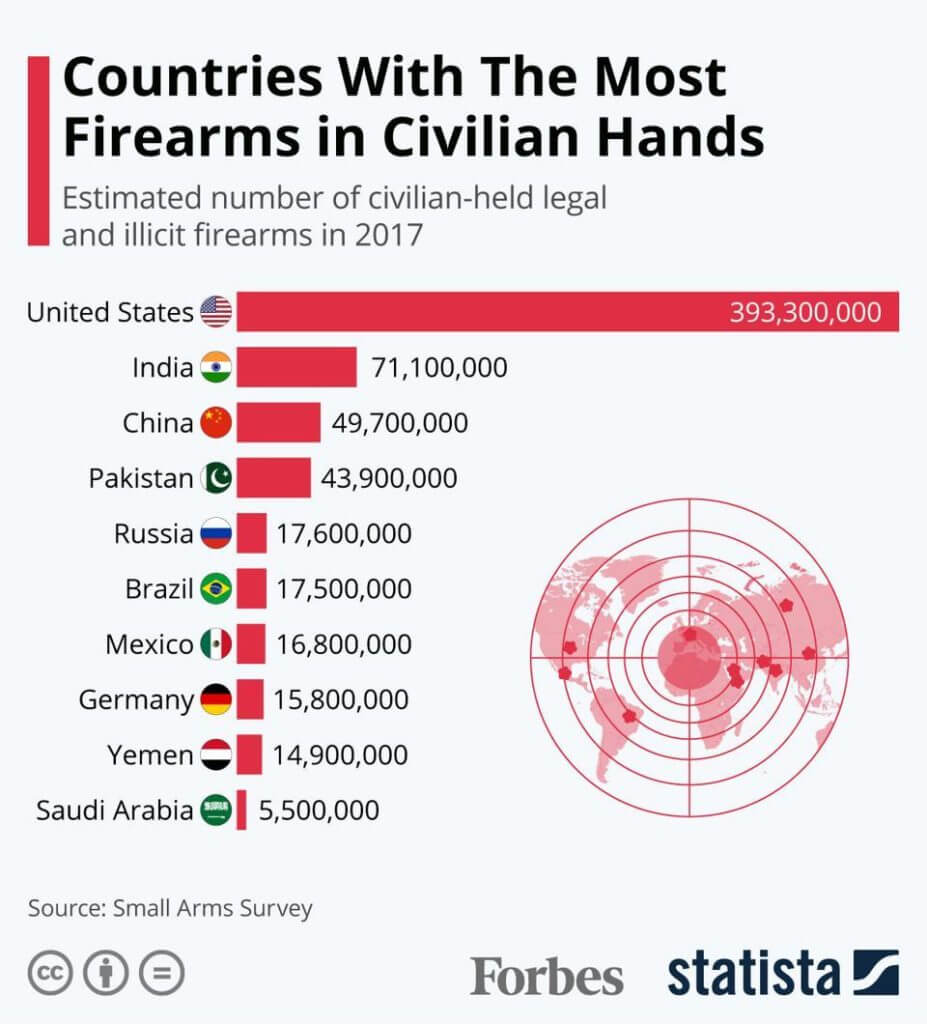 How This Brave 5-Year-Old Saved Family From Home Invasion

2020 Special Report: Cyberbullying in the Age of COVID-19 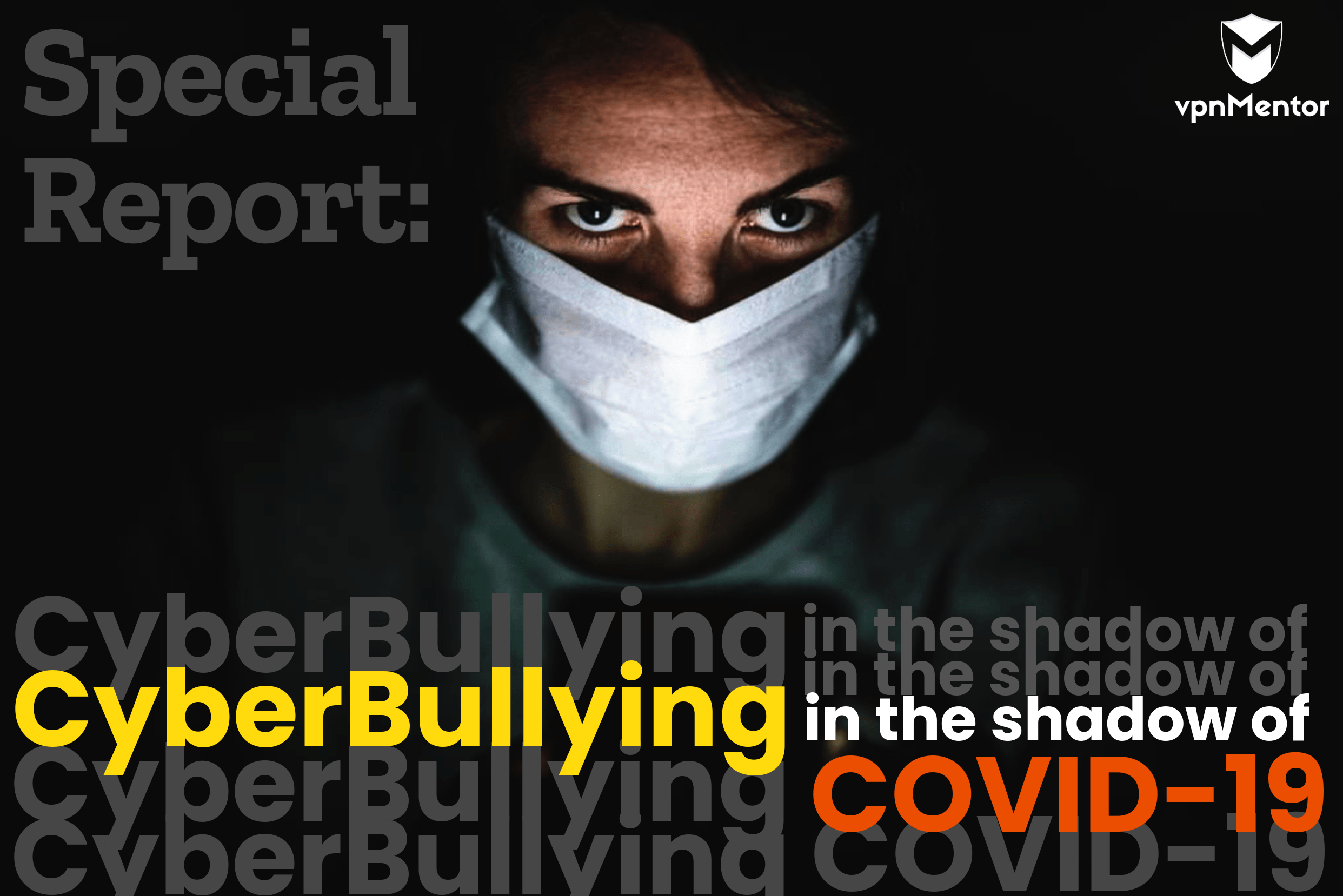 The Coronavirus (COVID-19) pandemic has thrown the world into a new and unprecedented era of uncertainty, financial instability and chaos. Professionally, many of us have had to transition to a completely new virtual workplace. Students are struggling to complete their studies from home, a true challenge in any era.

What is getting lost in this conversation is the potential for increases in online victimization, abuse, and cyberbullying. The lockdown may provide some form of relief from in-person victimization and bullying. For many, and what could be more troubling, is that same harassment has shifted and even increased online.

Rasmussen Daily Presidential Tracking Poll: Trump @ 48% and Biden +5 down from 12 last week + & Can Trump Pull a Second Rabbit Out of the Hat?

Without Polls, Would Biden Still Be Winning in a Landslide?

Can Trump Pull a Second Rabbit Out of the Hat?

"Apres moi, la deluge," predicted Louis XV after his army's stunning defeat by Prussia's Frederick the Great at the Battle of Rossbach in 1757.

"La deluge," the Revolution, came, three decades later, to wash the Bourbon monarchy away in blood and to send Louis XV's grandson, Louis XVI, and his queen, Marie Antoinette, to the guillotine.

Donald Trump is issuing similar warnings for the republic if Joe Biden wins the presidency and Democrats capture the Senate. And the stakes, given the magnitude of the chasm that divides us, are indeed high.