A U.S.-Russia War Over Ukraine?

Scary, since Narcissistic Obama would think he could win.  Fat chance.

“Could a U.S. response to Russia’s action in Ukraine provoke a confrontation that leads to a U.S.-Russia War?”

This jolting question is raised by Graham Allison and Dimitri Simes in the cover article of The National Interest.

The answer the authors give, in “Countdown to War: The Coming U.S. Russia Conflict,” is that the odds are shortening on a military collision between the world’s largest nuclear powers.

The cockpit of the conflict, should it come, will be Ukraine.

What makes the article timely is the report that Canada will be sending 200 soldiers to western Ukraine to join 800 Americans and 75 Brits on a yearlong assignment to train the Ukrainian army.

And train that army to fight whom?

Via Mike via Clash Daily

The 65 Most Perfectly Timed Military Photos You’ll Ever See 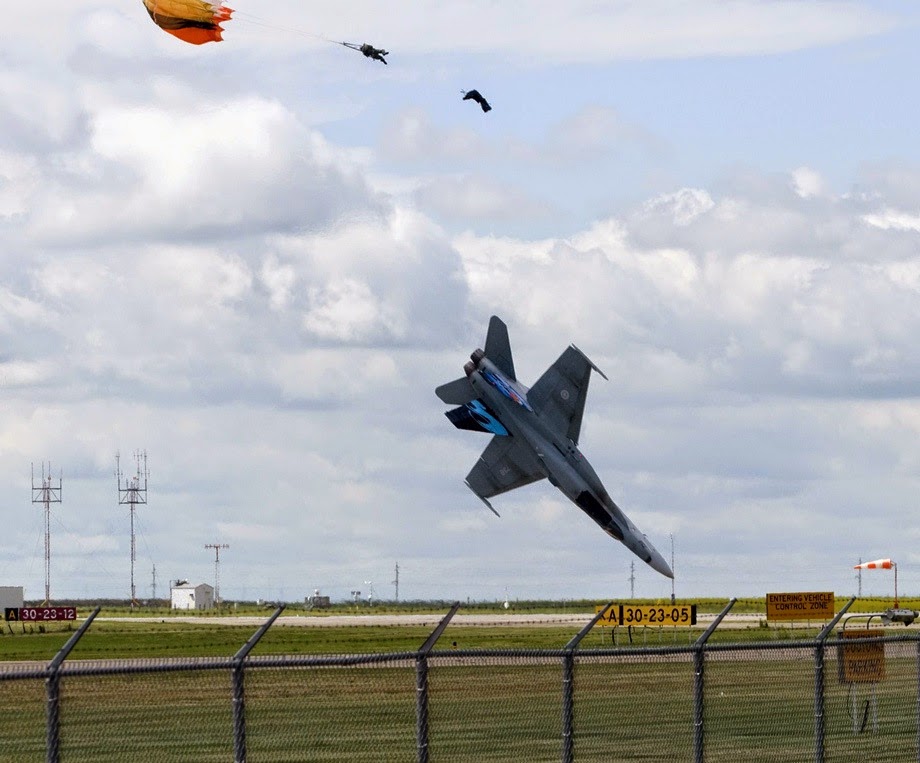 During a segment on his Fox Business Network show Making Money, host Charles Payne said that he thinks Obama is making ready for a big push to pay billions in slavery reparations in 2016.

During a panel segment, Payne and his crew were discussing the reparations the city of Chicago is making to the mostly black victims of Police Commander Jon Burge, a now convicted Chicago policeman who in the 1970s and  ’80s engaged in a long campaign of beating suspects into confessing to crimes they did not commit.

From that subject, Payne veered off into his prediction of what Obama might try in 2016.

‘I Am a Christian’: Auto-Shop Owner Ignites Outrage After Making Announcement on Facebook

A Michigan auto-shop owner said he has received death threats after announcing on Facebook that he would offer discounts to gun owners, but refuse service to openly gay individuals.

Sharpton and Co. pledge hunger strike until Loretta Lynch is confirmed as AG

If we are fortunate, he will die.

The easy gag is to say that he’s lost enough weight, or that he should have used this tactic more often back when he was fat. At any rate, Al Sharpton’s perpetually tax-troubled National Action Network (NAN) announced Wednesday that its supporters would participate in a hunger strike until the Senate approves Loretta Lynch as the nation’s next attorney general.

“As long as the Senate refuses to take fifteen minutes to confirm someone for Attorney General that they have already confirmed twice for U.S. Attorney, NAN and our allies will do everything in our power to draw attention to this completely unfair and unnecessary delay to vote to confirm Loretta Lynch,” Sharpton said in a statement on the group’s website.


The chairman of the Senate Judiciary Committee wants Attorney General Eric H. Holder Jr. to explain why a Department of Justice gun ban list has a “mental defective” category consisting almost entirely of names belonging to military veterans and their dependents.

“It’s disturbing to think that the men and women who dedicated themselves to defending our freedom and values face undue threats to their fundamental Second Amendment rights from the very agency established to serve them,” Sen. Chuck Grassley, Iowa Republican, said in a statement Wednesday.

“A veteran or dependent shouldn’t lose their constitutional rights because they need help with bookkeeping.”


More @ The Washington Times
Posted by Brock Townsend at Friday, April 17, 2015 No comments:

What is a Southerner? 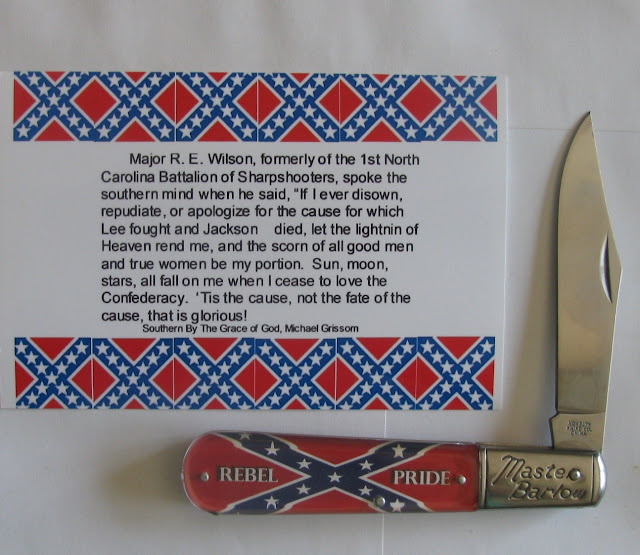 Scholars in every field in the humanities and social sciences have long recognized that Southerners have formed a distinct people within the body of Americans from the earliest colonial times to the present. Authorities in history, political science, economics, sociology, folklore, literature, geography, speech, and music, have recognized and studied the significance of this distinctiveness. The distinct identity of Southerners has also, of course, been a commonplace of everyday life in the United States, and distinctive Southern manners, customs, attitudes and behavior have been material for our greatest creative artists in song, story and movie-making.

Nearly every college in the United States and many in Europe (as well as Japan and Australia) offer courses in Southern history, literature, and other subjects. A number of universities have special institutes devoted to study of the South. (The University of North Carolina at Chapel Hill, the University of South Carolina, the University of Mississippi, John Hopkins University, and Cambridge University are a few examples.)

Italy's migration crisis took on a deadly new twist Thursday as police in Sicily reported that Muslim migrants had thrown 12 Christians overboard during a recent crossing from Libya, and an aid group said another 41 were feared drowned in a separate incident.

Palermo police said they had detained 15 people suspected in the high seas assault, which they learned of while interviewing tearful survivors from Nigeria and Ghana who had arrived in Palermo Wednesday morning after being rescued at sea by the ship Ellensborg.

The 15 were accused of multiple homicide aggravated by religious hatred, police said in a statement.
The survivors said they had boarded a rubber boat April 14 on the Libyan coast with 105 passengers aboard, part of the wave of migrants taking advantage of calm seas and warm weather to make the risky crossing from Libya, where most smuggling operations originate.