Via Looking in the Mirror

In another example that we appear to be rapidly moving into a cashless society, Bank of America in California refused to accept cash for a mortgage payment. The manager of the bank said it was against their policy to accept legal tender physical currency (aka U.S. dollars) as payment for BoA mortgages.

The customer attempting to pay his mortgage, firefighter Robert Somerton, recorded the ordeal in Lakeport branch which made the bank manager so upset that he called the police. The police detained Somerton for a half hour before releasing him with a warning that he may never return to that BoA branch or he'll be arrested.

"I was shocked. I had no idea this would happen. Since when does a bank not accept cash?" Robert wrote after the affair.

Posted by Brock Townsend at Sunday, February 05, 2012 3 comments: Links to this post

Did Russians use tularemia against Germans in WWII?

The books generally say that biological warfare is ineffective, but then they would say that, wouldn’t they? There is reason to think it has worked, and it may have made a difference.

Once upon a time, it was spring 1942, and the Germans were on a roll. Timoshenko had attacked from an already-established bridgehead across the Donets (the Izium salient) with about 750,000 men. He made a bad choice, since the Germans had already begun concentrating their forces for a planned southern offensive. After some initial Soviet gains, the Germans brought in Luftwaffe reinforcements and achieved air superiority. The 1st Panzer army counterattacked and cut off much of the Russian forces, who lost a quarter of a million prisoners (according to Beevor), many dead and wounded, and most of their armor. There was a huge hole in the front, and the Germans advanced towards Stalingrad.

We know of course that this offensive eventually turned into a disaster in which the German Sixth Army was lost. But nobody knew that then. The Germans were moving forward with little to stop them: they were scary SOBs. Don’t let anyone tell you otherwise. The Soviet leadership was frightened, enough so that they sent out a general backs-to-the-wall, no-retreat order that told the real scale of losses. That was the Soviet mood in the summer of 42.

Posted by Brock Townsend at Sunday, February 05, 2012 3 comments: Links to this post

HERE
Posted by Brock Townsend at Sunday, February 05, 2012 No comments: Links to this post

RALEIGH -- Republican leaders in the state House of Representatives said Friday that they're reviewing a complaint by a civil liberties group about prayers in the General Assembly but that they believe the group is out of touch with the concerns of North Carolina residents.

House Speaker Thom Tillis and Majority Leader Paul Stam both said they'll consider the concerns raised in the letter sent Thursday by the state chapter of the American Civil Liberties Union, but neither lawmaker thinks there's much to the group's contention that prayers at sessions of the legislature violate the First Amendment.

"The ACLU has an affinity for pushing a radical, far-left agenda that is out of touch with most North Carolinians," Tillis said in a statement.

MORE
Posted by Brock Townsend at Sunday, February 05, 2012 2 comments: Links to this post 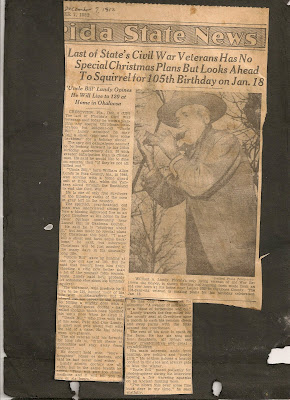 Some time back I told you about Uncle Bill Lundy and I believe I had sent you a couple of photos; the attached is the Newspaper article I told you about way back then. I hope you can open it and read the article. Uncle Bill was the father-in-law of my father’s oldest half-brother who was born in 1883 - died 1944 and married Uncle Bill’s daughter.

Posted by Brock Townsend at Sunday, February 05, 2012 2 comments: Links to this post

POLL: Should Alabama ditch the "Heart of Dixie" emblem on license plates and replace it with "State of Champions"?

Poll at bottom of page.
HERE
Posted by Brock Townsend at Sunday, February 05, 2012 No comments: Links to this post

In response to news that the overall unemployment rate had dropped to 8.3 percent and the unemployment rate in the black community declined from 15.8 percent to 13.6 percent, West floated the possibility that the numbers might have been cooked.

"Can someone tell me how employment in the black community has improved at a rate three times the national average in just a few months?? With numbers like today, urban communities should be well on their way to economic recovery then! There is something suspicious about the job numbers released today and it has me very concerned," West wondered Friday. "Is this dramatic supposed decrease in black unemployment a result of job creation or is someone playing around with the census numbers?"

MORE
Posted by Brock Townsend at Sunday, February 05, 2012 No comments: Links to this post 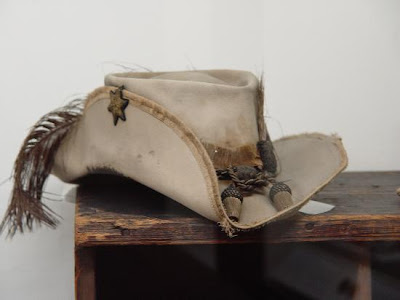 Red Sky Over Dixie
Posted by Brock Townsend at Sunday, February 05, 2012 No comments: Links to this post

By now many of you have probably heard that the Georgia court ruled that Obama is a natural born citizen. (Link to opinion) More importantly it ruled that any person born on U.S. soil is a natural born citizen. According to the Georgia court, a woman from any country can visit the U.S. for one day, give birth, take the baby back to any country to be raised under any culture, and that baby can return as an adult, live here for 14 years and run for President. The end result of this ruling is outrageous. It runs contrary to common sense as well as to established law.

So, what happened in Georgia? The court determined that a clear definition of natural born citizen from Supreme Court precedent was overturned by dicta in another Supreme Court case. Precedent is any statement by the court that is pivotal to reaching the court’s ruling. Dicta is the opposite of precedent. Dicta is a statement by the court about matters that are not pivotal to reaching its ruling. Dicta is persuasive, but it cannot overturn precedent.

But WAIT, there’s more! In order to reach this conclusion the Georgia court ALSO had to disregard yet another part of the holding from the Minor v. Happersett Supreme Court ruling. Even if you ignore the rules of Constitutional construction and the rule that dicta can’t overturn precedent, even if you agree with the Georgia court that the definition of natural born citizen in the Minor decision was dicta, you still can’t reach the Georgia court’s ruling. You see, the Minor Court ALSO explicitly ruled that the 14th Amendment didn’t create any new privileges and immunities. So, if a person couldn’t run for President before the 14th Amendment, they couldn’t run for President after the 14th Amendment. This means that the Minor Court explicitly ruled that the 14th amendment didn’t alter the definition of natural born citizen under article II of the Constitution. Yet the Georgia court ignored this Supreme Court ruling as well.

The one point of good news from this ruling is that we have FINALLY gotten a court to rule on the merits of our argument. This may seem like a hollow victory, but it isn’t. Before this everyone that has brought a challenge against Obama’s eligibility has been dismissed on procedural grounds. Nothing is more devastating to the rule of law than a judicial branch that refuses to do its job. Before this case we had courts across the country telling Americans that they had no right to enforce the Constitution. That was absurdity at its most extreme. Liberty Legal Foundation found a case that we believed would at least get a ruling on the merits. We hate the ruling we got, but at least we got a ruling. Now we can appeal that ruling. The appeals process now will focus on the definition of "natural born citizen" rather than procedure for the first time since the issue of Obama's eligibility was raise in 2008.

For all the reasons I’ve mentioned in this message, we will be appealing the Georgia Court’s ruling. We will continue to fight for Constitutional rule of law. Failing that we will continue to force Courts to show their true colors. If our judicial branch will not uphold the rule of law, that fact needs to be exposed to the harsh light of day for all the world to see.

When did you decide to become politically active?

I had the pleasure a couple of weeks ago of meeting with Anne Sarock and Yvonne Ralsky, co-founders of The Fontier Lab.

The Frontier Lab, among other things, utilizes “deep values research” common in consumer products marketing analysis (Anne is a Cornell Business School graduate who concentrated in the field) and applies those principles to politics. Unlike typical polling, which asks random people to answer a series of questions, they conduct in depth interviews much like a food company would with consumers before marketing a product.

Much of their work has been devoted to the Tea Party movement, and they have produced studies for the Sam Adams Alliance as to what motivates Tea Party members. In their first study of the Tea Party movment, The Early Adopters, they found, among other things, that a near majority of Tea Party supporters had little or no prior political involvement, and perhaps out of political naïvité, had very high hopes of making a positive impact:

The people involved with these movements are not political junkies or crusty right–wing extremists; 46.9% were uninvolved or rarely involved with politics prior to 2009….

70.3% are hopeful that they are having a positive impact on their country.

This pie chart illustrates how few Tea Party supporters were active prior to 2009: 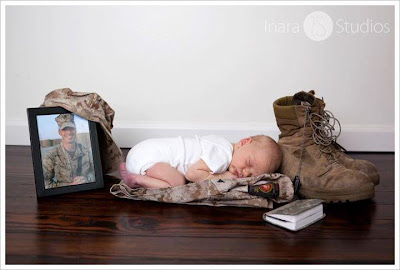 His father, Marine LCPL Carpenter, gave his life defending our country in Afghanistan last year, a month before his son was born. Baby Landon's Mom wants his story to be known.