We Do Not Debate With The Left

In Thucydides’ account of the Peloponnesian War the powerful Greek city-state of Athens made an ultimatum to the tiny island of Melos: surrender or be destroyed. It was part of a larger war between Athens and Sparta, and the island of Melos had hoped to remain neutral and avoid the conflict, relying on Sparta to protect them.

Attempting to remain neutral was no defense against the hostile Athenians. The Melians, outnumbered and outgunned, attempted diplomacy, debate and appealing to reason and emotion.

None of them worked. The Athenians were insistent that only two outcomes were possible for the Melians: surrender or destruction. The left the Melians with the telling message: ‘The strong do as they can and the weak suffer what they must.’


More @ The Iron Legion
Posted by Brock Townsend at Sunday, September 20, 2015 No comments:

As you may recall, a dirty scheme to enrich a few wealthy landowners while risking destruction of North Carolina’s deer population through “Chronic Wasting Disease” (CWD) – and with it our hunting tradition – is being bankrolled by retired Food Lion CEO Tom E. Smith (now the largest deer farmer in the state) and foisted on you by Agriculture Commissioner STEVE TROXLER, Senator BRENT JACKSON (R-Duplin, Johnston, Sampson), and Representative ROGER WEST (R-Cherokee, Clay, Graham, Macon).

To give you a feel for the cronyism involved, Smith is a friend and big-dollar donor to Troxler, Jackson is a longtime buddy and frequent henchman for the commissioner, and West represents a district near the “canned” hunting preserve described below. The Eastern Band of Cherokee Indians, on whose reservation the hunting preserve exists, is West’s top donor to the tune of $6,000.

“The Penmen of the Secession” 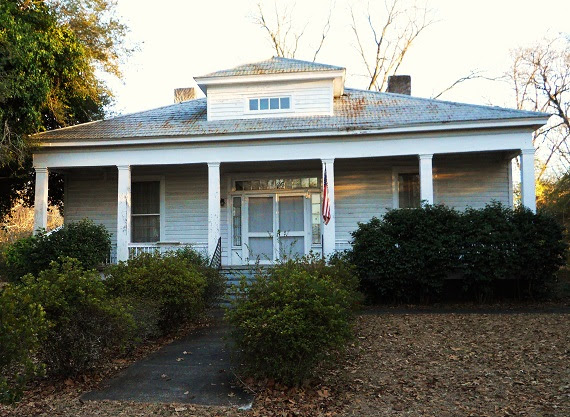 About ten years ago, I was invited to participate in a cemetery tour in Auburn, Alabama, because they were desperate, and I actually learned something. I’m pretty sure I upset a lot of innocent progressives with my participation, and I probably garnered some unwanted and stinging criticism for the little local cemetery society, but at least I learned something new about the Confederacy. It was one of those things where people get to tour an old, historic cemetery at night, and actors step out from behind the markers and portray the old fossils buried below. The actors have usually spent dozens of minutes researching their roles on the internet so that they hopefully can deliver a convincing portrayal. Officially prepared scripts are common, but the actors are expected to perform by memory. Costumes are encouraged, but those are usually too difficult to obtain, and nobody can really tell much in the dark, anyway. My wife and I had taken that tour many times before, and always enjoyed it.

On the morning of the scheduled tour day, one of my relatives called to ask if I could help them out of a jam. It seemed that one of the actors selected to portray an historical Auburn icon had gotten sick, and they had exhausted all possibilities of a replacement. Like I said, they were desperate. She told me that I could use the sick actor’s script in my portrayal of William F. Samford, and I happily accepted the challenge. However, when she brought over the script, I was unimpressed. It was very factual, very detached, and very boring. So, I decided to leap onto the information superhighway and find out as much as I could on my own about Mr. William Flewellyn Samford.

“Perceived symbols of racism.” Must Be Banned!

The city of Fort Smith, Arkansas may be familiar to many people. It has been pictured in many Western movies. It is the city where Judge Isaac Parker, the “hanging judge” presided over his court.

Judge Parker sentenced over 70 people to hang during his judicial career, and from what I have read over the years, they probably deserved it. Others who probably deserved it and didn’t get hung, through lawyers intervening in their cases one way or another. One movie I saw years ago, “True Grit” had one of Judge Parker’s marshals, played by John Wayne, referring to the legal representatives in Fort Smith as “pettifogging lawyers.”

I’ve only been to Fort Smith once, back in the 1970s, but I remember it as a distinctly Southern town. But that was then, not now. That insidious political disease known an Political Correctness (in reality it’s Cultural Marxism) has quietly seeped into many places in the South to the point where often you can hardly tell you are in the South anymore.

In his “Life of Thomas H. Benton” (Houghton-Mifflin, 1900), Theodore Roosevelt traced the important influences which formed Benton’s character to the militant spirit found in his native South, and further mentions that important influence on the Southern army and its commander.

“No man who is not willing to bear arms and to fight for his rights can give a good reason why he should be entitled to the privilege of living in a free community. The decline of the militant spirit in the Northeast during the first half of this century was much to be regretted.

To it is due more than to any other cause the undoubted average individual inferiority of the Northern compared with the Southern troops – at any rate, at the beginning of the [War].

The Southerners, by their whole mode of living, their habits, and their love of outdoor sports, kept up their warlike spirit, while in the North the so-called upper classes developed along the lines of a wealthy and timid bourgeoisie type, measuring everything by a mercantile standard (a peculiarly debasing one, if taken purely by itself), an submitting to be ruled in local affairs by low, foreign mobs, and in national affairs by their arrogant Southern kinsmen. The militant spirit of these last certainly stood them in good stead in the civil war.

The world has never seen better soldiers than those who followed Lee, and their leader will undoubtedly rank, without any exception, as the very greatest of all the great captains that the English-speaking peoples have brought forth . . .” 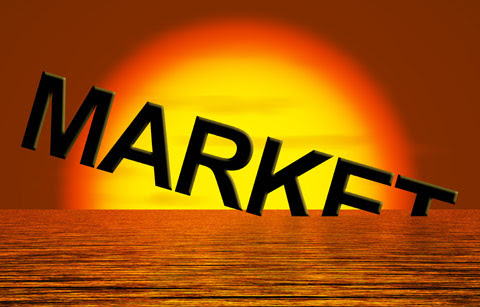 The man who made a billion dollars on Black Monday sums up his strategy perfectly in this excellent FOX Business clip with the money-honey, “I’m a hedge fund manager that actually hedges for his clients. This is something of an old fashioned idea in this day of just gambling on the next Fed bailout.” Spitznagel, who is wholly unapologetic in his criticism of The Fed (and any central planner), unleashes eight minutes of awful truthiness on what is going on under the surface of the so-called ‘market’, concluding ominously, “if August was scary for people, they ain’t seen nothin’ yet.”

Grab a beer and relax…

"We need real solutions to address real problems. Not grandstanding or political agendas,"

In his second policy position paper, presidential candidate Donald Trump called for an expansion of gun rights in America.

In the document published on his campaign website, Trump stated: “The Second Amendment to our Constitution is clear. The right of the people to keep and bear Arms shall not be infringed upon. Period.”

He added: “It’s been said that the Second Amendment is America’s first freedom. That’s because the Right to Keep and Bear Arms protects all our other rights.”

In that light, the candidate called for at least three major changes:

U.S. Sets Target for More than 100,000 Refugee Admissions per Year 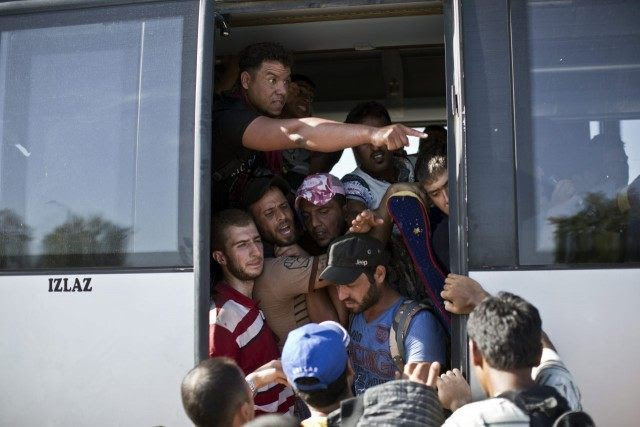 The Obama administration will increase the number of refugees the United States is willing to accept to 100,000 annually in 2017, a significant increase over the current worldwide cap of 70,000, Secretary of State John Kerry said on Sunday.

Ben Carson says a Muslim should not be President of the US; CAIR comes out with both barrels

Via comment by Anonymous on No Assimilation Needed in U.S., Obama Tells Millio...

Earlier this morning I happened to catch Ben Carson on Meet the Press with Chuck Todd and I was astounded that Carson very forcefully said that a Muslim should not be President because Islam was incompatible with the US Constitution.  I knew immediately that all hell was going to break loose for Carson.

Via comment by Sioux on Jail 'inappropriate' for Bergdahl: Raised “at edg... 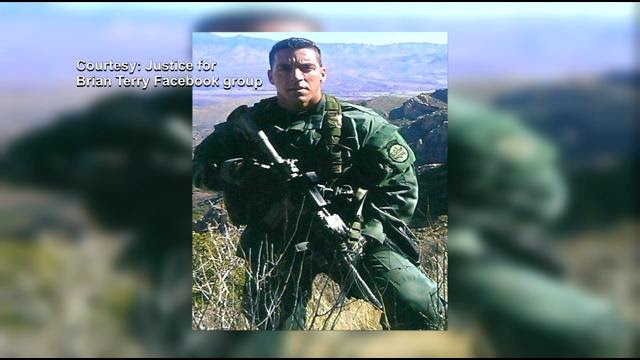 Judge: Do not 'elicit any testimony regarding Operation Fast & Furious. Understood?'

When a jury gathers next week for the trial of two men charged with the murder of a U.S. federal agent, it will not hear any details of how two guns found at the murder scene were part of a U.S. government-sanctioned weapon program, a federal judge has ruled.

Friday morning, U.S. District Court Judge David Bury agreed with U.S. prosecutors to keep the details of Operation Fast and Furious out of the upcoming trial for the murder of U.S. Border Patrol agent Brian Terry.

The Bergdahl Case Gets Curiouser and Curiouser

Via comment by Sioux on Jail 'inappropriate' for Bergdahl: Raised “at edg... 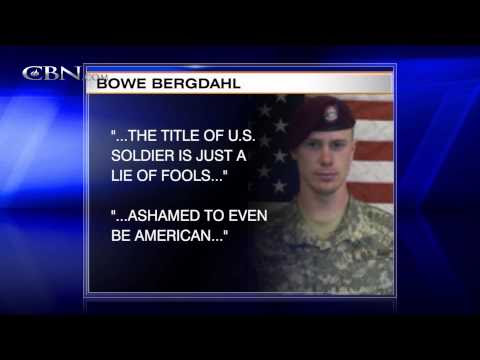 The odd case of Army deserter Bowe Bergdahl got even weirder during his Article 32 hearing conducted by Army officials Thursday and Friday last week.  The Article 32 procedure is the military equivalent of a civilian grand jury, except that the accused has quite a few more rights.  Unlike a typical grand jury, the Article 32 is presented before a single hearing officer, not held in secret, allows defense counsel to be present and to cross-examine witnesses, and to call their own.  All of this occurred at Bergdahl’s hearing. 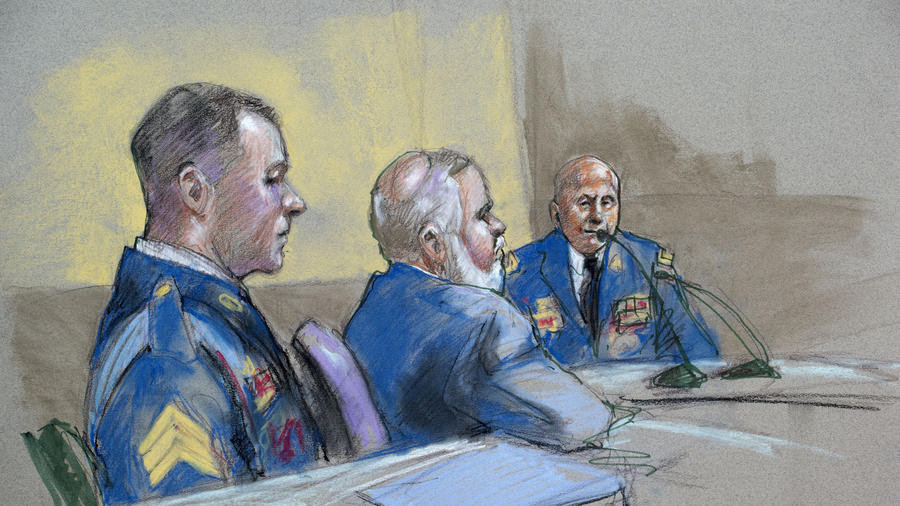 During the final day of testimony at a military hearing to decide whether Sgt. Bowe Bergdahl will face a court-martial on desertion charges, a general ordered to investigate his capture discussed his findings for the first time and testified for the defense about why Bergdahl does not belong in jail.

Maj. Gen. Kenneth Dahl said Bergdahl was “unrealistically idealistic” when he left his remote post in Afghanistan six years ago for a nearby base, hoping to draw the attention of a commander to problems that he believed were putting his unit at risk.