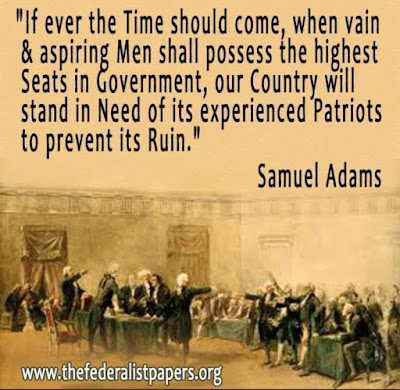 President Trump, though you have waited far too long, it’s still not too late to act decisively as Commander-in-Chief.   Honor your oath.  Have courage.  Do what we recommended you do (use the Insurrection Act and conduct a mass data declassification and public data dump to expose the compromised/corrupt traitors, and bring them to justice).

As always, Oath Keepers stands in defense of the Constitution against all enemies, foreign and domestic. What is now being installed is not a constitutional government. It’s an illegitimate regime that has unjustly taken power through massive vote fraud, to install a ChiCom puppet who will do the bidding of a mortal enemy of this nation, as well as the bidding of international elites who are in allegiance and alliance with the CCP as they pursue a common goal of destroying our Republic and enslaving the American people.

President Trump still can and should use the Insurrection Act, but it’s unlikely.

Brother of Arrested Antifa-BLM Activist John Sullivan Turned Him In! — Says His Brother Was “Somehow in Charge” of US Capitol Riots (VIDEO) BLM activist John Sullivan’s brother (who turned him in to the FBI) says “They [his brother and Antifa] planned this, to change the public opinion against Trump supporters, and to create anarchy in the country.”

Antifa-Insurgence leader John Earl Sullivan is in custody after being arrested in Utah on Thursday.

As reported previously Antifa protester John Sullivan was caught on video posing as a Trump supporter during the rioting at the US Capitol last week. 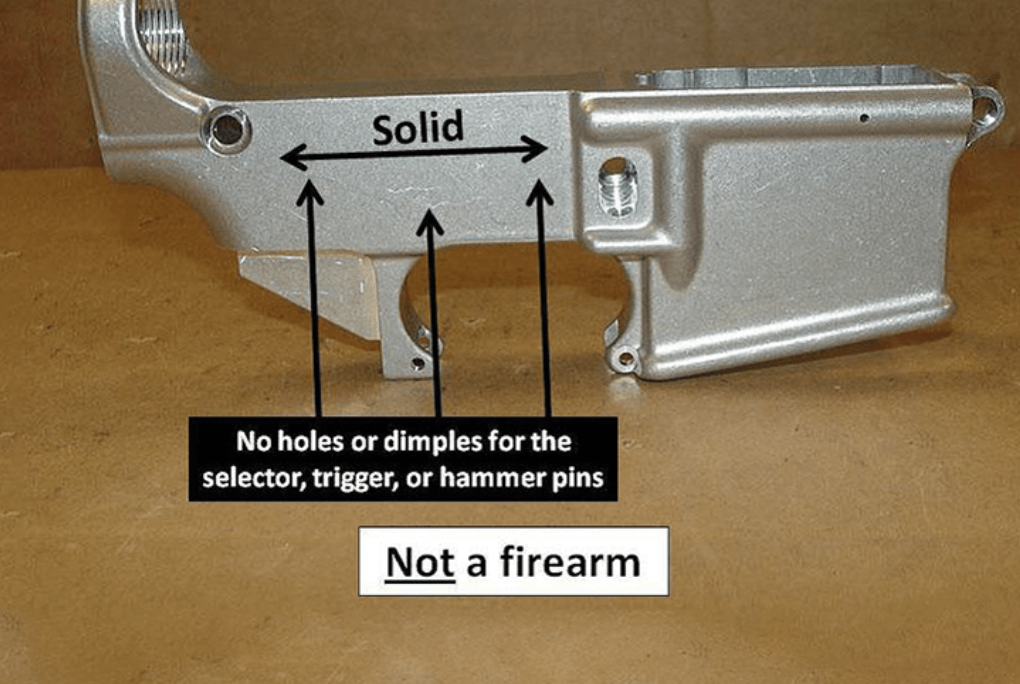 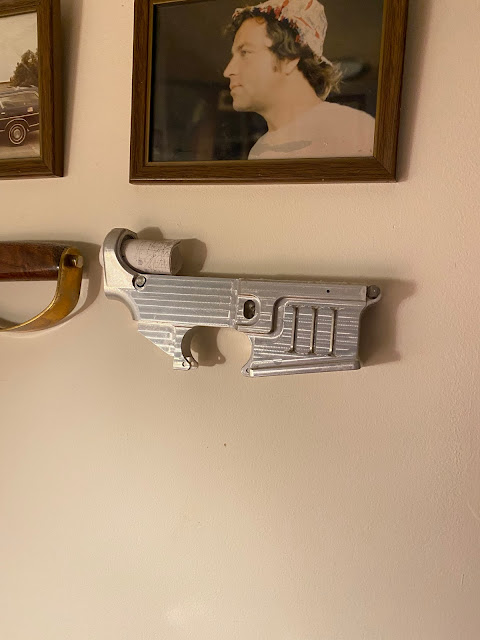 Michael Bloomberg’s front woman for his bought-and-paid-for gun control group Moms Demand Action is demanding credit card companies monitor and police cardholder purchases. Specifically, she wants credit card companies to ban purchases of precursor firearm parts. Watts derides them as so-called “ghost guns” and wants to ban their sale.  Her claim is that the ATF recovered 10,000 of these “ghost guns” last year, but those included firearms with obliterated serial numbers and older firearms not legally required to be serialized.

Here’s the problem. It’s perfectly legal for anyone who can buy a gun to build their own at home. She’s stomping her foot and demanding that credit card companies do what tech companies are doing. She wants them to dictate law and to be the arbiters of what’s legal, of what’s allowed, and what rights law-abiding citizens can exercise.

25,000 Troops In Washington D.C. Have Been Authorized To Use Lethal Force Against The American People 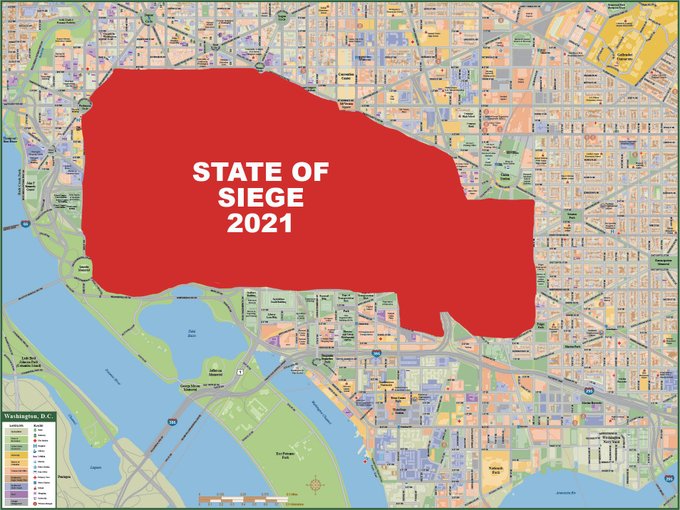 Reports are coming in that the troops stationed in The Capitol of The United States Of America have been authorized to use lethal force.

We are getting reports that the 25,000 national guard troops stationed in Washington D.C. have been authorized to use lethal force.

Joe Biden and his running mate are going to have a fake ‘virtual’ inaugural parade, with 25,000 troops who are authorized to use lethal force against The American People….and a large fence.

This is how the next President of The United States will be inaugurated ladies and gentlemen. Joseph Stalin would be mighty proud of Joe Biden right about now.

Peter Navarro from the Trump Team just released his third report from the 2020 Election – this one proving President Trump won the election.

The Populist Press just reported that Peter Navarro from the Trump Team has released a report showing President Trump won the 2020 Election.

Volume 3 of the Navarro Report is designed to serve as a capstone to what has been a comprehensive analysis of the question: Was the 2020 presidential election stolen from Donald J. Trump? In this report, we provide the most up-to-date statistical “receipts” with respect to the potential number of illegal votes in each battleground state. 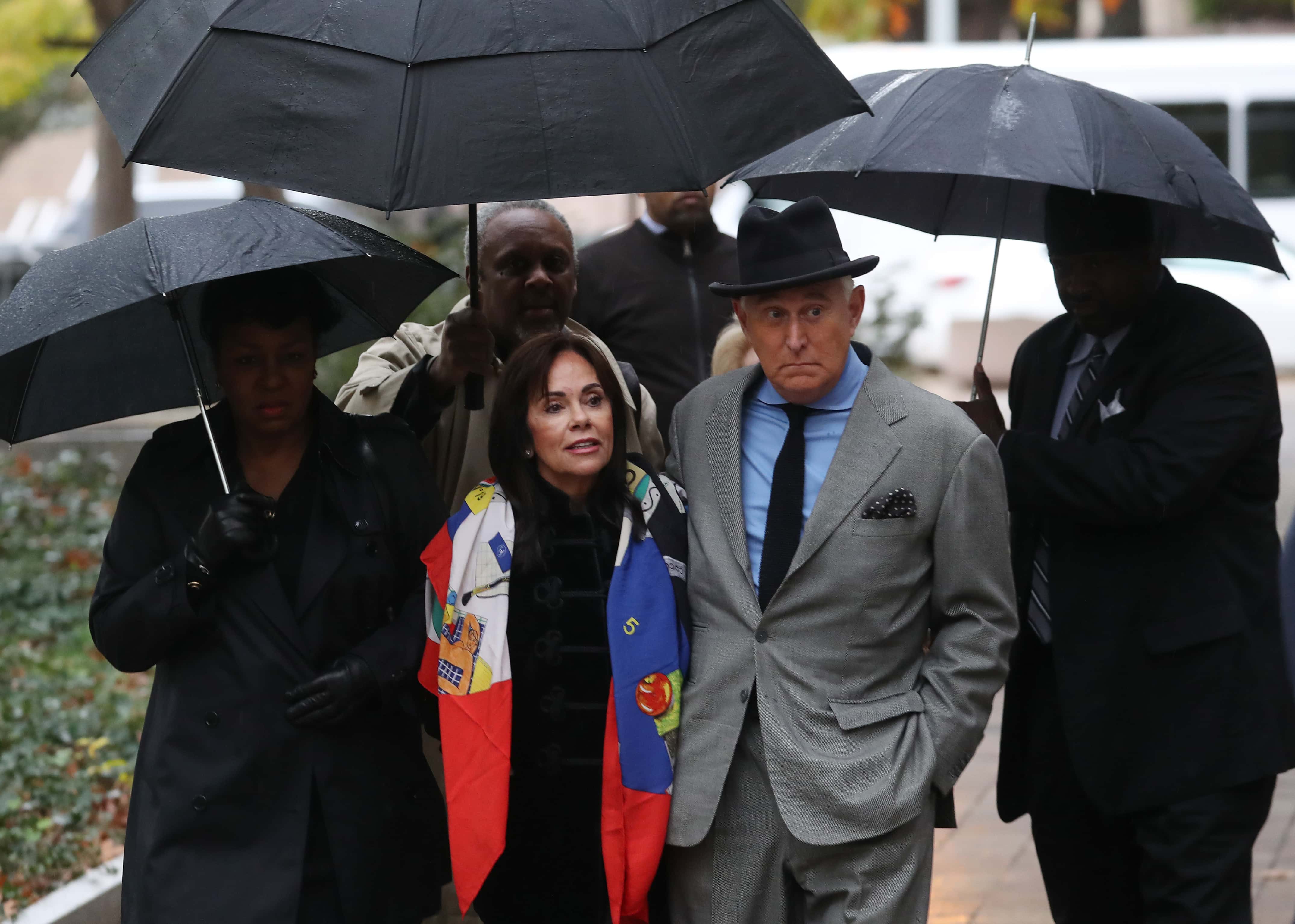 Roger Stone's wife, Nydia Bertran, was reportedly attacked by a far-left activist while walking her dog in her neighborhood on Thursday, January 14. The news was first reported by Big League Politics, which said that Bertran was so severely attacked that she would require surgery while in hospital. “Roger Stone’s handicapped wife beaten badly by a deranged leftist man while walking her dog in her own neighborhood, currently in hospital,” the Proud Boys posted on Telegram.

How Silicon Valley, in a Show of Monopolistic Force, Destroyed Parler

Critics of Silicon Valley censorship for years heard the same refrain: tech platforms like Facebook, Google and Twitter are private corporations and can host or ban whoever they want. If you don’t like what they are doing, the solution is not to complain or to regulate them. Instead, go create your own social media platform that operates the way you think it should.

The founders of Parler heard that suggestion and tried. In August, 2018, they created a social media platform similar to Twitter but which promised far greater privacy protections, including a refusal to aggregate user data in order to monetize them to advertisers or algorithmically evaluate their interests in order to promote content or products to them. They also promised far greater free speech rights, rejecting the increasingly repressive content policing of Silicon Valley giants.

Over the last year, Parler encountered immense success. Millions of people who objected to increasing repression of speech on the largest platforms or who had themselves been banned signed up for the new social media company.

The operation to squash protests in America 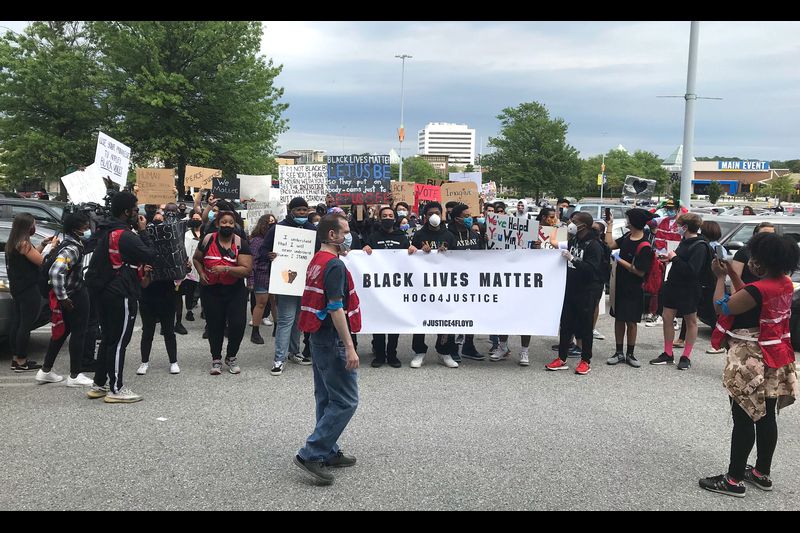 The Department of Justice has announced it’s mounting a full-scale operation to arrest and charge people who broke into the Capitol on January 6.

There will be a wide-ranging menu of charges, starting with criminal trespass, and moving all the way to weapons possession, theft of National Security data, assault, and sedition.

The DOJ list of charges is meant to impress the American people.

Of course, an impressive DOJ list could have been leveled against thousands of people who participated in Antifa/BLM-led burning, looting, theft, and assault across the US over the past six months.

But that didn’t happen.

Vox Day: CNN Was In On It 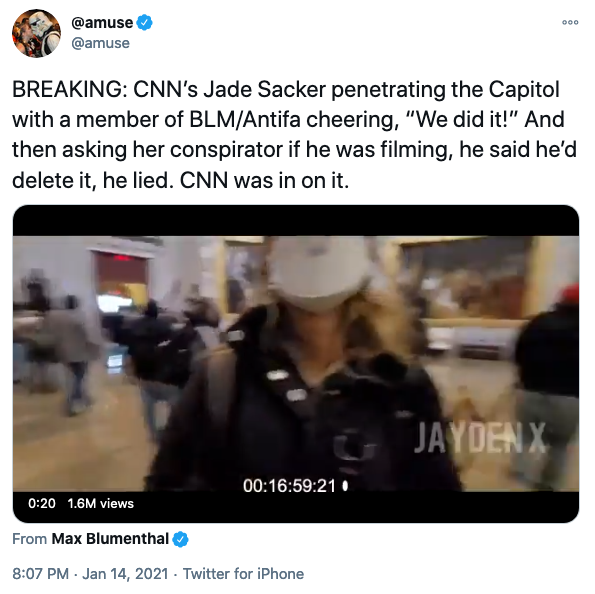 If anyone wants to know what the temperature of the country feels like at the current moment, we just sold 300,000 rounds of 9mm ammunition in less than 15 minutes.
@Timcast
@sourpatchlyds
@philthatremains
@IanCrossland
@AdamCrigler
@iansmithfitness
@MLChristiansen
10:22 AM · Jan 15, 2021·Twitter Web App