ANOTHER CARAVAN HEADED TO US; OVER 2000 MIGRANTS ON MARCH FROM HONDURAS

A new caravan of over 2000 migrants left Honduras and was reported to be approaching  Chiquimula, Guatemala on Sunday.  Photos and videos posted to social media show a long line of migrants marching on the side of a road. This  caravan of Central American migrants comes on the heals of a similar caravan that started out from Honduras earlier last week and grew to over 7,000 as of Sunday after crossing the border from Guatemala into Mexico with little resistance from Mexican authorities.

That caravan is in Tapachula, Mexico, as of Sunday night.

Roger Stone to FBI Sting Operation: "You don't understand Donald Trump... He doesn't pay for anything."

The Department of Justice admitted in a Friday court filing that the FBI used more than one "Confidential Human Source," (also known as informants, or spies) to infiltrate the Trump campaign through former adviser Carter Page, reports the Daily Caller.

“The FBI has protected information that would identify the identities of other confidential sources who provided information or intelligence to the FBI” as well as “information provided by those sources,” wrote David M. Hardy, the head of the FBI’s Record/Information Dissemination Section (RIDS), in court papers submitted Friday.

Democrats slide in battle for Senate

The battle for control of the Senate is looking worse and worse for Democrats, who just a month ago saw a path to the majority but now increasingly look like they could lose more seats and have a smaller minority next year.

Republicans have seen a bump in the polls in several key races since Labor Day. They believe momentum has flipped to their party since the fight over Supreme Court Justice Brett Kavanaugh polarized the electorate, hurting Democrats running for reelection in states where President Trump is popular.

Tinker, Tailor, Journalist, Spy: Jamal Khashoggi and the Story Not Being Told

On 2 OCT 2018, Washington Post journalist and middle eastern political activist Jamal Khashoggi went missing after entering the Saudi Arabian consulate in Istanbul, Turkey. Some in the course of the last news cycle has alleged this to be a much deeper incident than it appears on the surface; a vanished journalist, murder, international intrigue, a Saudi administration in conflict with Turkey; both jockeying for power in a region bound for widespread war in the coming years. Over a year post-living in exile after being banned from the Kingdom of al Saud, Khashoggi returned to the assumed security of the nation of his familial ancestry while continuing a career of revolutionary praxis through media in the mideast region. Needing a legal certificate of divorce from the Saudi government, Khashoggi felt safe approaching the embassy- in and out, no harm, no foul.

How wrong he was.

Democrats lose 15 seats in the House and the GOP gains 7 in the Senate.

It may take until November 7 for Democrats to realize they have accomplished what many thought impossible: wrest from the GOP the title, “The Stupid Party.”

“All politics is local,” supposedly opined the late House Speaker, Tip O’Neill.  True perhaps in his day, before the advent of cable TV and social media.  An updated adage might read, “All politics is local, except when it’s nationalized.”  Case in point: Democrats have made the upcoming midterms a referendum on Trump and Judge Kavanaugh.  They may regret doing so. 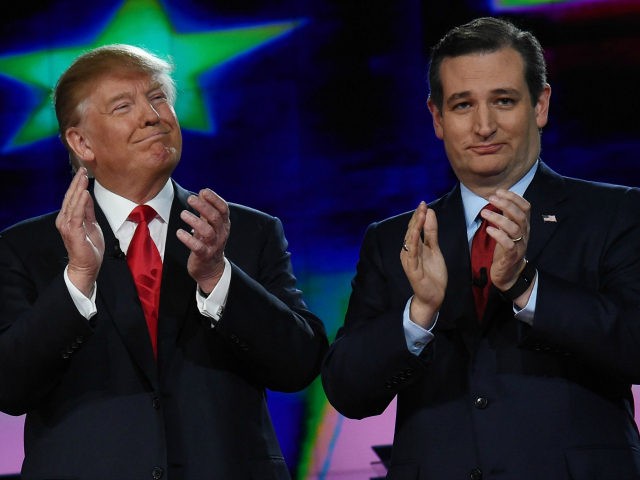 Nearly 78,000 people have signed up to attend President Trump’s rally with Sen. Ted Cruz (R-TX) on Monday, which is scheduled to take place in a venue that holds only 18,000.

According to the polls, Cruz, who is running for a second term, enjoys a healthy but far from Texas-sized single-digit lead over Media Cover Boy Beto O’Rourke. By comparison, Texas Republican Gov. Greg Abbott is up a whopping 20 points over his Democrat opponent. So the president is headed to Houston to ensure there are no surprises.

The real news, though, with this 78,000 number is how popular Trump remains with his supporters. The idea that he can still overfill these venues (as he has consistently done all over the country) two years into his presidency is unprecedented.

A number of presidents were, during their first successful campaigns for the Oval Office, considered rock stars: Ronald Reagan, Bill Clinton, and especially Barack Obama. All pulled in massive crowds as they captured the country’s imagination. This was also true of Trump, but his crowds during the 2016 campaign were breathtaking, and those who defied conventional wisdom and correctly predicted Trump would triumph over Hillary Clinton pointed to this phenomenon.

And it is not just that they show up; it is that thousands of them wait in line for hours and hours for the chance to get in.

Who would have ever predicted, however, that two years in, Trump would still be able to draw the kind of crowds an actual rock star would envy? And what this might mean for another surprise round of Republican turnout in the upcoming midterms is anybody’s guess.
Posted by Brock Townsend at Sunday, October 21, 2018 No comments: