Republican Ohio Rep. Jim Jordan called out the Justice Department on Wednesday for only appointing a special counsel when an investigation threatened the reputation of James Comey.

However, they received no special counsel until the DOJ appointed Bob Mueller to head the investigation into Russian interference in the 2016 election.


More with video @ The Daily Caller
Posted by Brock Townsend at Thursday, June 22, 2017 No comments:


Giving conservatives control of the Supreme Court for decades was one of the most compelling reasons to support Trump’s candidacy.

Even Republicans who hated him seem to have understood that.

Trump has already hit a home run with Justice Gorsuch.

According to MSNBC’s Chris Hayes, Justice Kennedy could step down as early as next week.
If that’s true (you never know with MSNBC) that’s great news for conservatives.

The congressional intern Mediaite cast as a white supremacist Wednesday is actually black, The Daily Caller News Foundation has learned.

Nate Washington is a black conservative attending Western Kentucky University and is a former intern of Republican Sen. Tom Cotton.

Mediaite contributor Caleb Ecarma implied that Nate Washington is a white supremacist by linking his use of the term “cuck” to alt-right and neo-Nazi groups and framing his political views as racist, all the while leaving out mention of his race.

“He 100 percent tried to cast me as a white supremacist,” Washington told The DCNF.


More @ The Daily Caller
Posted by Brock Townsend at Thursday, June 22, 2017 No comments: 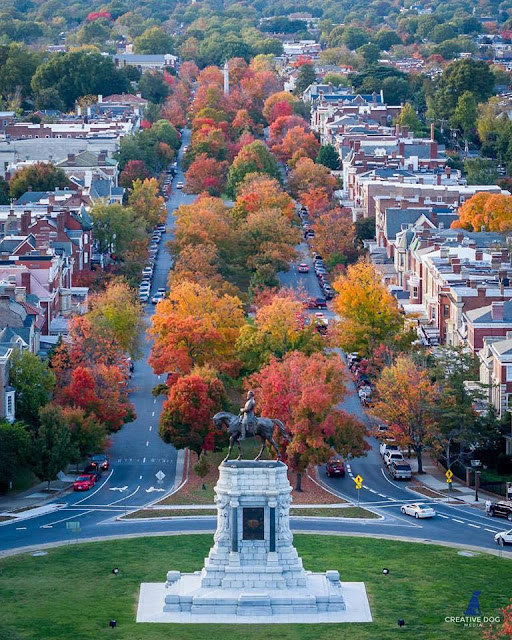 Earlier today, the city of Richmond announced the formation of a “Monument Avenue Commission” to “help the city redefine the false narrative of the Confederate statues that line Richmond’s grandest Boulevard”.  The Virginia Flaggers are extremely disappointed that Richmond’s newly elected Mayor, Levar Stoney, has chosen to make war against the Confederate monuments that line Monument Avenue in Richmond and against the thousands of descendants of Confederate Veterans that they represent and honor, diverting precious resources and taxpayer money away from the real and pressing matters facing the Capital of the Confederacy, and creating division and disharmony in our community.

Thankfully, the Commonwealth has a law that protects ALL war memorials, and also prevents them from being altered.

Planned Parenthood may poor-mouth when its government funding is on the line, but that hasn’t stopped the abortion giant from spending lavishly on politicians who promise to keep the taxpayer dollars coming.

Planned Parenthood’s political arm, the Planned Parenthood Action Fund, was the second-biggest spender on the Democratic side of the ledger in the special election for Georgia’s 6th Congressional District, putting more than $734,000 behind Jon Ossoff.

The only group that spent more was the Democratic Congressional Campaign Committee, which poured $4.9 million into the race.


More @ The Washington Times
Posted by Brock Townsend at Thursday, June 22, 2017 No comments:

Paglia criticized the state of journalism, calling it “obscene” and “outrageous”. The following are some highlights from her segment on air with Sean Hannity:


“I’m a Democrat, and I voted for Bernie Sanders . . . But I’m committed to the reform of my party . . . I think it’s absolutely grotesque the way my party has destroyed journalism . . . It shows that the Democrats are nothing now but words and fantasy and hallucination and Hollywood . . . There’s no journalism left. What’s happened to the New York Times? What’s happened to the major networks? It’s an outrage.”

Paglia claimed it would take decades for the media to somehow halt and fix what they’ve done to journalism.

This piece was originally printed in Southern Partisan Magazine in 1994.

By the 1970s, all vestiges of legal discrimination in the South had been eliminated. Indeed, affirmative action programs, minority entitlements, and special considerations in the marketplace have given blacks a solid place at the table of mainstream American life. A new black middle class, driven by the work ethic and encouraged by private as well as public programs, is establishing itself in the American business community—South as well as North—South more than North.

In the face of these changes, organizations like the NAACP and the Southern Christian Leadership Conference have found themselves writhing on the horns of a dilemma. On the one hand, just as ships acquire barnacles, they have, over a period of decades, acquired enormous staffs—professional activists whose livelihood depends on perpetual racial conflict. If these organizations declared victory, then their donor list would no longer have an incentive to send in contributions, and they would inevitably wither like raisins in the sun.

In 1834, on a plantation in Edgecombe County, a slave named Will refused to share a hoe he had made with his own hands, an act of defiance that got him shot in the back by his white overseer. As he lay wounded, Will reached up and fatally slashed his attacker on the hip and the arm, earning himself a trip to the gallows.

The upshot was a landmark decision of the North Carolina Supreme Court that was a major step forward in the ongoing definition of the status and rights of enslaved people.

Will was sentenced to death in the Edgecombe County Superior Court, Judge Donnell presiding, but plantation owner James S. Battle became convinced that Will had acted in self-defense and so he hired Bartholomew F. Moore to represent Will on appeal. In an opinion written by Justice William Gaston, the Supreme Court reversed Will’s conviction — holding that, if a free man was entitled to the defense of self-defense or to a lesser charge of manslaughter, then the same analysis should apply to an enslaved person. This was a step forward. It moved away from Justice Thomas Ruffin‘s earlier opinion in State v. Mann, in which Ruffin seated his reasoning on the nature of slavery, while Justice Gaston, four years later, focused on Will’s humanity, not his legal status as property.

Will’s case is recognized as a landmark. And so, on June 10, 2017, a historical marker is erected where his case began, at 275 New Hope Church Road in Battleboro, North Carolina.
Posted by Brock Townsend at Thursday, June 22, 2017 No comments: