The spokesman for Republican Gov. Rick Scott’s campaign has accused his opponent’s campaign of “preparing” to steal the election for Florida’s next senator.

“Let’s be clear about the Nelson game-plan here,” he said. “They are preparing to try to steal this election in the courts because they couldn’t win it at the ballot box. They won’t be successful.”

I recently traveled with ten undergraduate students to the Conference on Faith and History (CFH) held at Calvin College, Grand Rapids Michigan.  This was an exciting and enriching trip for our students.  They, along with other history students from across the country, presented research papers at the undergraduate portion of the conference.

For the past fifteen years I have attended this conference both as a presenter and panel chair.  The CFH provides important opportunities for Christian historians and students to interact and fellowship around a common faith and academic discipline.  I hope to continue my relationship with this organization.


More @ The Abbeville Institute
Posted by Brock Townsend at Thursday, November 08, 2018 No comments:

Trump poised to reshape the federal judiciary for a generation

After expanding their Senate majority despite losing the House on Tuesday, Republicans are poised to reshape the federal judiciary for a generation—with implications for everything from arbitration to contraception to climate change.

Moving the judiciary farther to the right has long been among the Republican Party’s major goals, and Republicans have had consider success in that endeavor. The Supreme Court has had a Republican-appointed majority at all times since 1970, so the general trend of legal doctrine has been decidedly rightward for half a century. But the project of staffing a Republican judiciary has picked up speed under President Donald Trump. So far, the Trump administration has appointed 84 federal judges—almost twice as many as President Barack Obama had appointed at the comparable stage of his administration.

Justice Ruth Bader Ginsburg Will Retire from the US Supreme Court in January, 2019

The Democrats simply must win back the Senate in November 2018, progressives feel.

While the Nation is preoccupied with the appointment of Judge Brett Kavanaugh to replace Justice Anthony Kennedy, it appears there will soon be another vacancy on the US Supreme Court
U.S. Supreme Court Justice Ruth Bader Ginsburg has had a re-occurrence of malignant melanoma, she has told her law clerks. Ginsburg was treated in 1999 for colon cancer and had surgery in 2009 for pancreatic cancer.

She has told key Democratic members of the Senate about her medical condition, including randing Democratic member of the Judiciary Committee Dianne Feinstein. This explains in part the "take no prisoners" attitude of the Democrats during the Kavanaugh nomination, carefully orchestrating weak 37 year old allegations against Kavanaugh by Women he barely remembers knowing in High School and College.

Democrats won the House, but Trump won the election 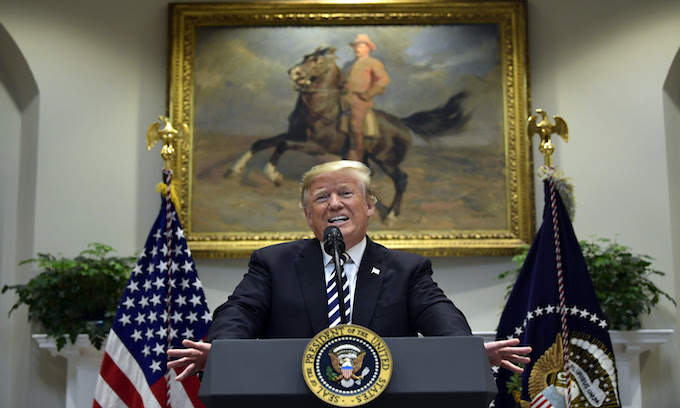 While Tuesday night was not a complete win for Republicans, there was no blue wave, either. By most measures, Republicans beat the odds of history and nearly everyone’s expectations, while Democrats were left disappointed as the fantasy of Beto O’Rourke, Andrew Gillum, Stacey Abrams and others winning fizzled. Not one new progressive Democrat was successful bursting onto the scene. It will take a few days to process the meaning of this year’s election returns, but the instant analysis is clear: Democrats may have won the House, but Trump won the election.

The Senate race will be recounted, and the governor’s race could be close behind. Election officials, campaign operatives and lawyers across Florida are gearing up for massive recounts in large part due to a familiar problem: Broward County, which has been saddled with election controversies ever since the disputed 2000 presidential race.

All eyes are on that problematic South Florida county – Florida’s second largest and one of its most Democratic – as it lags nearly every other in the state in reporting ballot tallies. The county’s results could help decide the races for U.S. Senate, governor and agriculture commissioner, which are headed for recounts.

The Andersonville Tragedy: A Humanitarian Crisis Made in Washington 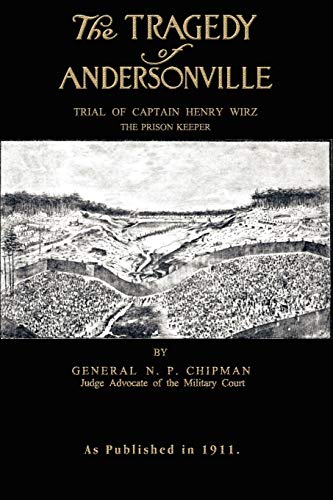 Horrors Of Andersonville Belong To Grant

The truth about the tragedy of Andersonville is much different from the propaganda version that prevailed after the Civil War and still flourishes in politically correct media.

Near the tiny village of Andersonville, Georgia, are 13,714 graves, a testament to one of the greatest tragedies of the Civil War and of American history. In fourteen months of 1864 and 1865, nearly 13,000 Union prisoners of war died there of malnutrition, disease, and despair. Union propagandists then and still today have branded it an atrocity. But what is the truth?

Late in the war, the Confederate government decided it needed to move its Union POWs to locations far removed from the most active areas of combat and vulnerability to attack. New locations also needed to be near railroad transportation and plentiful agricultural supplies to feed the prisoners and Confederate infantry units assigned to guard them. They found what they thought was an excellent location in southwest Georgia at Station Number 8 on the Georgia Southwestern Railroad line. A small community of six buildings, called Andersonville, had grown up around that station.

If there’s one thing that the left is consistently poor at, it’s managing expectations. Since President Trump’s inauguration, his opponents hung their fortunes on the idea of a massive blue wave to sweep away congressional Republicans in the midterms. Instead, we saw a modest Democratic gain in the House of Representatives and a strong Republican gain in the Senate. Democrats lost crucial races where they ran candidates too far left to carry moderate or conservative districts; it was moderate Democrats who had the best shots, while most of the hardcore leftists lost race after race Tuesday.

They didn't arrest anyone at the scene.Why?

The mob, organized by the Antifa group Smash Racism DC, posted Carlson’s Washington address online and sent a mob to his house calling him a “racist scumbag” and demanded he flee the city. Carlson, a co-founder of The Daily Caller News Foundation, was at the Fox News studio when the mob arrived at his home.

A police report indicated that the incident was a “suspected hate crime” and that the case was still open. One box labeled “hate bias/motivation” was filled in “anti-political.”

Hollywood producer Jason Blum was booed off stage at the Israeli Film Festival in Los Angeles after accusing President Trump of being a catalyst for rising antisemitism.

While accepting his award at the Steve Tisch Cinema Center in Beverly Hills on Tuesday evening, the BlacKkKlansman producer threw so many digs at the president that dozens of people began to walk out in protest.


More @ The Gateway Pundit
Posted by Brock Townsend at Thursday, November 08, 2018 No comments:

Broward County and Palm Beach County in Florida, both Democrat strongholds are still counting ballots 43 hours after the polls closed.

Florida is once again bracing for recounts–this time there are no ‘hanging chads,’ but Democrat lawyers are descending on the State to steal the election.
Via The Miami Herald: editor victoria’s comment ~ below we see the piece where schumer has (already) requested the new AG Whitaker to recuse himself from the “russian probe” and Whitaker refused. it is my feel all is going as planned considering the day following the midterms Sessions hands in his resignation at the request of Trump.  (still very weary of this journey though….needing to see some huge movement…that big beautiful new world cannot manifest soon enough…)


More @ Love In Action
Posted by Brock Townsend at Thursday, November 08, 2018 No comments: 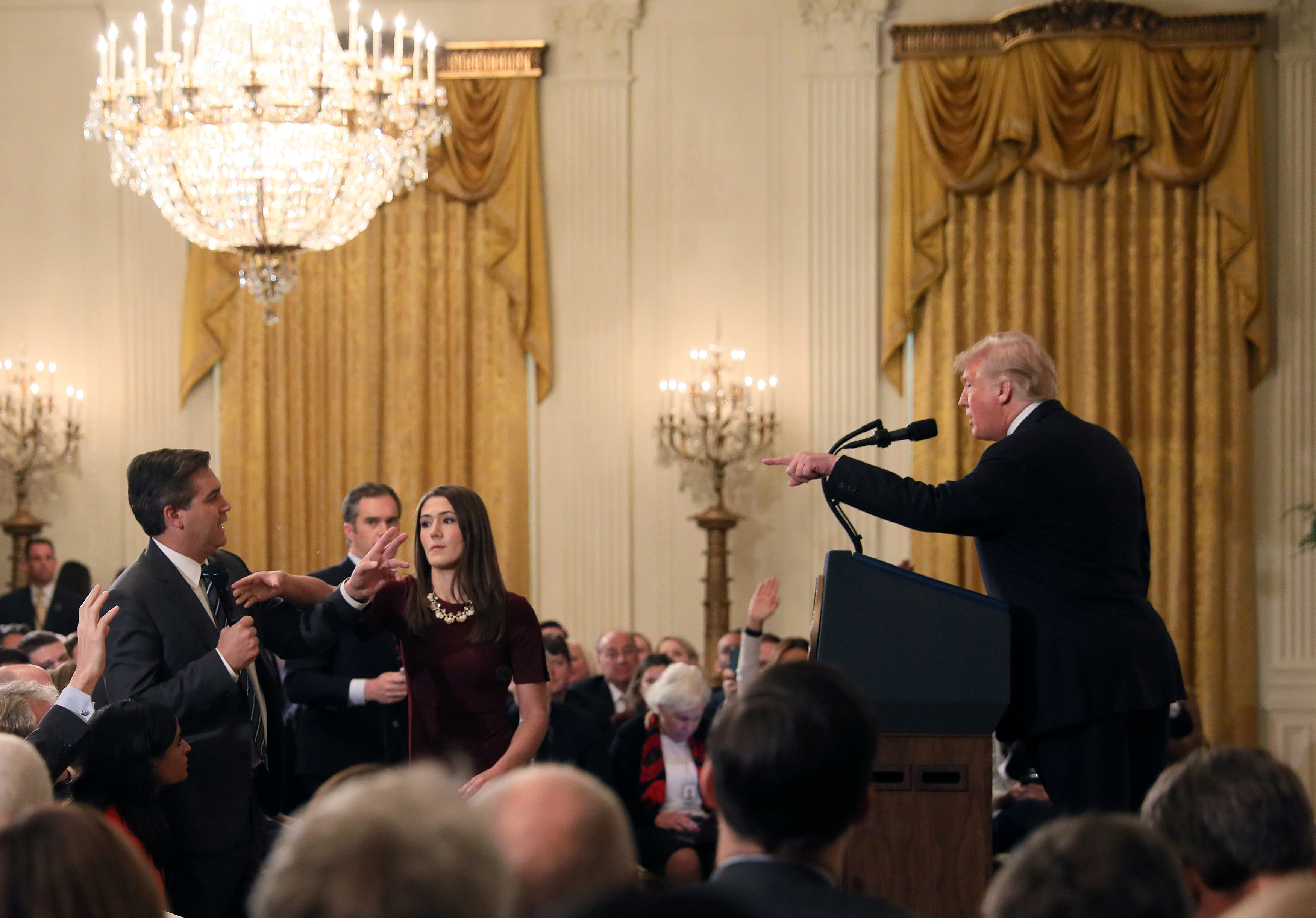 Clearly he pushed her away.  A gentleman, he ain't.

"I’ve just been denied entrance to the WH. Secret Service just informed me I cannot enter the WH grounds for my 8pm hit," Acosta wrote on Twitter. 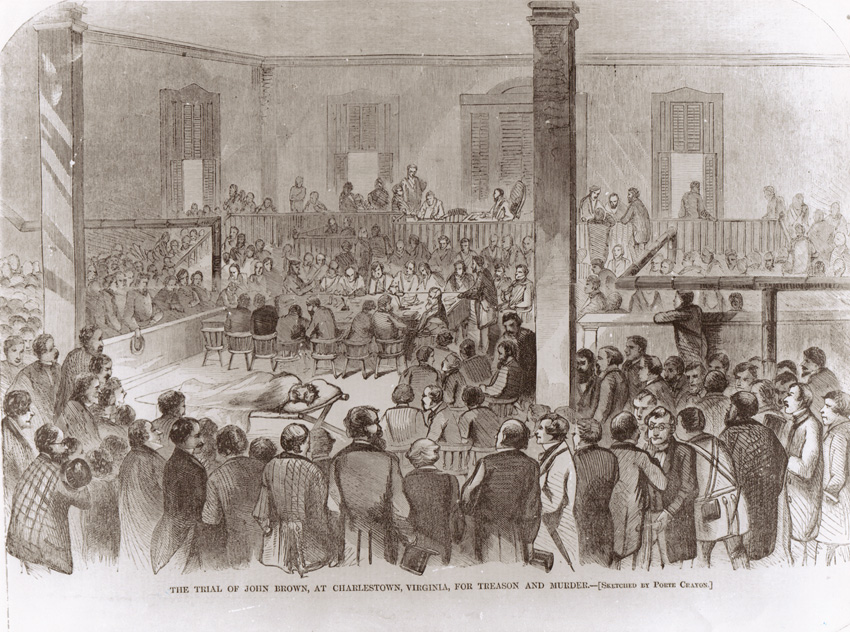 In 1858 abolitionist/terrorist John Brown was appealing for funds for his terrorist activities. Even terrorists have to pay for the chaos they create. The subject of this article, Rev. Thomas Wentworth Higginson, noted, upon receiving Brown’s plea for funds that “I am always ready to invest money in treason, but at present have none to invest.” So, for Higginson, the treasonous intent was clearly there, even if they money to support it wasn’t.