Children of the April Rain, the Vietnam Babylift Play,


Many thanks to all involved for this tremendous honor

Posted by Brock Townsend at Wednesday, December 04, 2019 No comments: An excerpt from North Carolina author Robert Ruark’s best known novel reads: “If a man does away with his traditional way of living and throws away his good customs, he had better first make certain that he has something of value to replace them.”

Ruark grew up in Wilmington where he learned to hunt and fish with his grandfathers in the 1920s.

He entered the Chapel Hill campus of the University of North Carolina (UNC) in 1931 at age fifteen.

Ancestors on both sides of his family were Confederate soldiers.  This week the university threw away a part of its tradition when it defied a 2015 state law and banished the Silent Sam Confederate statue from any of the fourteen North Carolina counties that have a UNC campus.

President Donald J. Trump and First Lady Melania Trump arrive to No. 10 Downing Street in London to attend a reception in honor of the 70th anniversary of NATO
Posted by Brock Townsend at Wednesday, December 04, 2019 10 comments:

Special "Thanks" to Dave "Doc" Snider for the excellent photographs of Dong-Den and for providing what may be the only existing photograph of an actual "Rock Ape."

Make sure and read all the comments at the bottom of the post as they are every bit as intriguing as the article.

That said, I had already heard of the so-called "Rock Apes" some years ago from a buddy of mine who served in country with 1st Marine Division, 1st Recon Battalion, Delta Company until he was wounded in action on June 21, 1969. While researching details of marine sevice during those years, I came across several references to the Rock Apes and their encounters with Marine detachments, some of which I am going to share here with the intention of adding more to the already existing anecdotal record of these unusual cryptids. 2019 is the 80th anniversary of the Winter War (1939–1940) between the Soviet Union and Finland. The small nation of Finland succeeded in defending its territories against a far larger army of the Soviet Union.

On the 30th of November 1939 Soviet troops attacked Finland in order to seize the areas which according to the Molotov-Ribbentrop pact belonged to the Soviet Union.

Against all odds, Finland, a weak, sparsely populated and diplomatically isolated nation, succeeded in causing staggering losses on a far more potent aggressor by skillfully utilizing the wintery conditions.

George Washington University’s Jonathan Turley: 'This Is Not How You Impeach an American President'


This law professor taught Democrats a lesson. The only question was whether they’re willing to learn.

George Washington University’s Jonathan Turley is generally considered a liberal. But he was the sole member of Wednesday’s parade of scholars to testify before the House Judiciary Committee’s impeachment hearing who was selected by the Republican side, according to the Washington Examiner.

It didn’t take long for a listener to find out why they wanted him.

Jewicidal Yidiots: Completing What Haman And Hitler Started (Part 1 of 3) 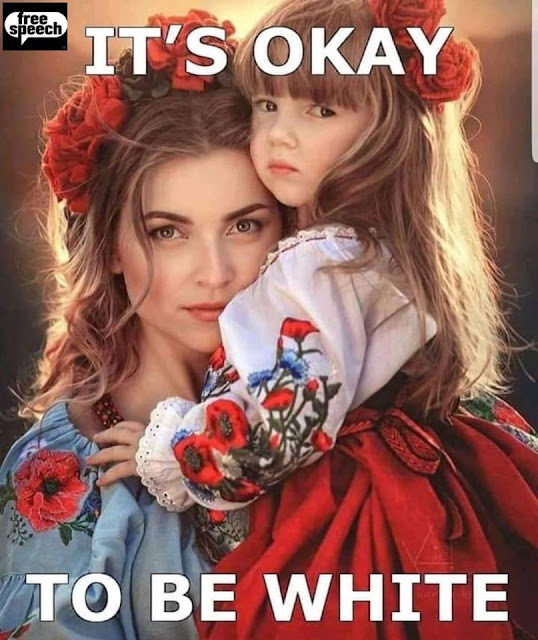 1. I have ZERO issues with white people wanting to remain white people.  White people – and I am as lily-white visually as you can get! – founded Western Civilization, the greatest civilization to have ever existed.  (I have zero issues with mixed-race marriages, being in one, but have no problem whatsoever with whites marrying whites either.)


2. I have ZERO issues with nationalism; indeed, nations, not a pan-global utopian (read: freedom-crushing Socialist state) are the true seats of freedom and cultural preservation.
More @ Red Pill Jew
Posted by Brock Townsend at Wednesday, December 04, 2019 No comments: 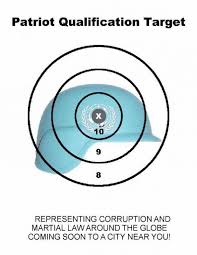 Danish Academic: U.N. Might Use Military to Enforce Climate Agenda

Blue helmets make great targets. All kidding aside. There is no country in the world, stupid enough to try and invade the United States. Just a few days ago, Black Friday, the FBI did over 200,000 background checks for gun purchases. And just a rough estimate, of one 50 round box of ammo for each. We also bought another 10,000,000 rounds of ammo.

Yes, our military is as badass as they come. But they would lose a war here in America. Sure they have nukes, but the patriot fighter is not living in New York or Los Angles. Nuking a corn field in Iowa or a wheat field in Nebraska won’t do much. The best fighter planes on the planet are worthless, Ned down the road doesn’t have an air force. It would come down to man against man. They do have an advantage with the armored vehicles, but they don’t have enough in the entire military to patrol all the back-roads of Kentucky, let alone the nation.

American citizens own enough guns to equip every military in the world several times. Why do you think democrats are working 24/7 to disarm us? They know to become the dictators they dream of being. We the citizen need to be defenseless.

No, the professor lives in a bubble echo chamber. Like all the left they only hear each other and believe they represent everyone. Since they never hear a dissenting view. Truly, the left are sheep, they love to follow. They think everyone else is also sheep. Again, because everyone they know and talk to are the same. They have no concept outside their circle, that there are people fiercely independent. They know of no wolves, their entire world is made of sheep. Like democrats and the media, they believe there opinion is the only one. Except for a tiny few, deplorables.

In the United States, according to the Bureau of Justice Statistics, we had about 701,000 full-time sworn officers in 2016. Adding in support people, “civilian” staff, nonsworn personnel who do not carry weapons or make arrests add another 1,050,000. Somewhere under two million total. The American military doesn’t fare much better with raw numbers. There are currently about 1,500,000 active duty troops. I can promise those actually trained in combat is a much smaller number. Here is kind of a breakdown of our troops from 2018.

I think those numbers make is clear just how few of our military are ready for combat. And it is far less than the 1,500,000. Please, do not think I am disparaging our military support people. The cooks, drivers, mechanics, and others, they showed their abilities during every war. Fighting and dying as bravely as any front line troop. They just are not trained everyday for war.

Let’s not forget one other HUGE fact. How many of our police and military will fight Americans, as UN and with UN troops. Look across the country today, the number of Sheriffs that are stating, they will not enforce gun bans or confiscations. I have no idea, but I am willing to bet a small to medium number of police and military would desert, rather than fight fellow citizens.

Unless we allow ourselves to be disarmed, there is no force in the world that can stand against the United States Citizen.