A Review of The Resilience of Southern Identity: Why the South Still Matters in the Minds of its People, by Christopher A. Cooper and H. Gibbs Knotts, Chapel Hill: The University of North Carolina Press, 2017. Reviewed by Michael Potts.

Progressive ideology dominates academia, and political science is no exception. Professors Cooper and Knotts, political scientists from Western Carolina University and the College of Charleston respectively, offer a book that presents such a progressive view. This point of view taints their book with a fundamental misunderstanding of traditional Southerners. Despite providing some useful information, the book is ultimately a flawed attempt to deal with the issue of Southern identity.

Cooper and Knotts correctly point out the importance of regionalism for identity, especially in a more “globalized” world. One could argue that the current rise of both “nationalism” and regionalism is a rebellion against a perceived globalist attempt to blend people into a homogenous culture with lip service paid to a politicized notion of “diversity.” They argue that “regions” in the sense of “The South” are socially constructed entities, though including the importance of geography, food and family customs, and other social practices that change over time.


More @ The Abbeville Institute
Posted by Brock Townsend at Tuesday, July 25, 2017 No comments:

"Trump may be on brink of extremely serious mistake"

Senator Sessions must have seen the position of attorney general as a greater opportunity to improve law enforcement, particularly in the immigration realm which has veered into near-anarchy after eight years of open-borders Obama. Sessions likely could have kept his Senate seat indefinitely: one measure of his popularity at home is that he ran unopposed in both the primary and general election in 2014.

On March 22, General Sessions announced that the government would begin to withdraw funding from sanctuary cities that protect dangerous illegal alien criminals. On April 28, the AG visited Long Island to offer strategies of help for law enforcement officials plagued by gang violence.

Scaramucci: “I’m committed to taking the comms shop down to Sarah and me, if I can’t get the leaks to stop”

President Donald Trump’s newly appointed communications director, Anthony Scaramucci, said Tuesday that he is prepared to “fire everybody” in the White House communications shop in order to put an end to embarrassing internal leaks.

The financier and longtime Trump surrogate is eager to shake up the communications shop, which has been dominated by former Republican National Committee staffers loyal to White House chief of staff Reince Priebus, a former RNC chairman.

The transit system that serves San Francisco is under fire for refusing to release video from surveillance cameras that captured several recent train attacks by gangs of young black riders.

Assault, robbery and rape are up 41 percent over last year on the vast train system known as BART, or Bay Area Rapid Transit. But several recent attacks by gangs of young men has the agency under public scrutiny. One victim is suing to warn riders of the risk they face when riding BART.


More @ The Gateway Pundit
Posted by Brock Townsend at Tuesday, July 25, 2017 No comments:

I take it as a compliment though it certainly wasn't intended that way. :)

The founder of Patagonia, the outdoor apparel company that has pledged to lead the resistance against President Donald Trump, called Trump’s voters “rednecks.”

“Why should we kowtow to these redneck voters and Republican politicians?” said Yvon Chouinard, Patagonia’s eccentric founder and billionaire environmentalist, according to consultant Steve Everly. “The most you can achieve is a compromise, and that never solves a problem.”

Republican senators voted Tuesday to more forward on their seven-year pledge to repeal portions of Obamacare, with Vice President Mike Pence issuing the tie-breaking vote to unlock hours of debate to assemble details of a final healthcare bill.

The procedural motion was advanced along party lines by a 50-50 vote, with Pence breaking the tie. All 48 Democrats and two Republicans, Sens. Susan Collins of Maine and Lisa Murkowski of Alaska, voted no.

The vote was held open while senators waited for Sen. John McCain, R-Ariz., who was recently diagnosed with brain cancer, to arrive on the Senate floor.

The vote begins as much as 20 hours of debate on the House-passed healthcare bill, the American Health Care Act, and a new bill will be swapped in its place. 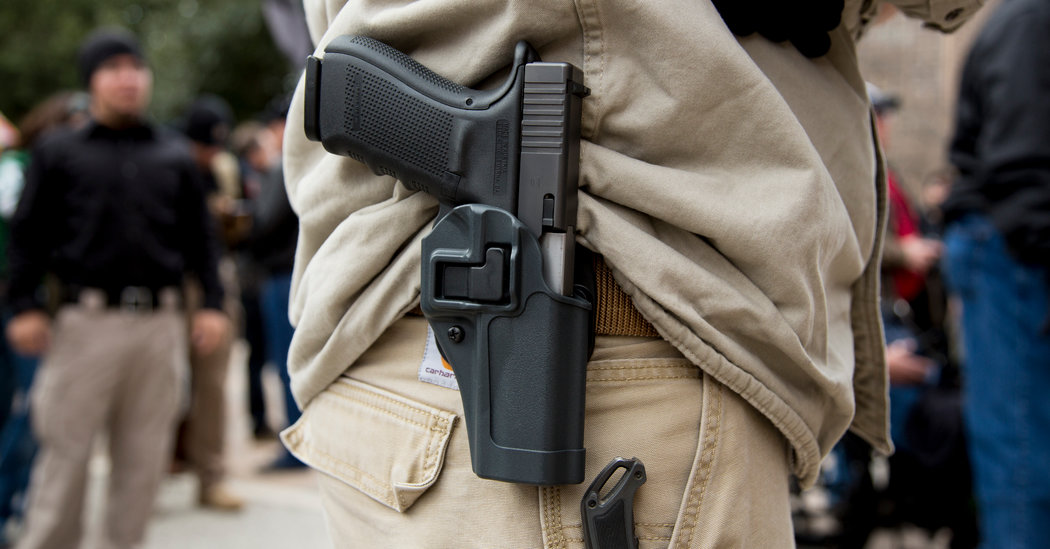 "Common-law rights developed over time, and American commentaries spell out what early cases imply: the mature right captured by the [Second] Amendment was not hemmed in by longstanding bans on carrying in densely populated areas," the federal appeals court said in its decision. "Its protections today don't give out inside the Beltway."

Gun owners may carry their guns in public even without a "good reason," which is defined by the court as a "special need for self-protection distinguishable from the general community as supported by evidence of specific threats or previous attacks that demonstrate a special danger to the applicant's life."

He shouldn't do this, but I understand that Sessions didn't tell Trump in advance that he was going to recluse himself which seems very odd to me.

Trump messes with Sessions, and Senate Republicans are not pleased

Sen. Rand Paul (R-Ky.) said Tuesday that he will vote in favor of a key healthcare vote expected later in the day.

Paul tweeted that he will vote in favor of a motion to proceed to a debate on healthcare because Senate Majority Leader Mitch McConnell (R-Ky.) told him the chamber would take up the 2015 ObamaCare repeal bill previously passed by Congress.

“If this is indeed the plan, I will vote to proceed and I will vote for any all measures that are clean repeal.”