Slavery and the War

The recent apoplexy over White House Chief-of-Staff John Kelly’s comments about Robert E. Lee and the Civil War have revealed on ongoing problem in the thinking of many Americans when it comes to history and politics in general – the inability to see any issue or event in anything but the most oversimplified terms.  In the particular context of the criticism of General Kelly’s comments on the Civil War, the South as a region and the Southerners as individuals could not possibly have had any other motivation to fight than the protection of slavery (in the eyes of the media).  For example, witness Paul Begala’s tweet made in response to Kelly’s comments:

The Whitewashed Tyranny of Abraham Lincoln 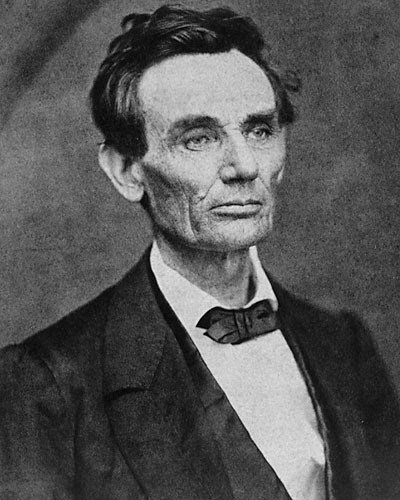 Abraham Lincoln was the best U.S. President, motivated by a patriotic and Christian desire to preserve the union of states and free the slaves. At least that is what modern textbooks suggest. There is a bigger story to the 16th President of the United States than the Gettysburg Address and the Emancipation Proclamation. A whitewashed version of the man is all that we learned about him in school. It is what our children and grandchildren are still being taught. Public school districts and universities have been dutifully parroting that the Southern states of Lincoln's era had a perverse culture, while Northern society was superior. This became the politically-correct mantra when 'teaching' about Abraham Lincoln and the Civil War for generations after the Civil Rights Movement.

The identity politics is only getting worse, and more blatant.

The narrative is not only infused heavily with liberal bias, but moreover, it is entirely wrong. Far too many Americans, both current students and adults, believe that the Civil War was a war about slavery. This liberalized version of history does not chronicle the political shenanigans that were undertaken by groups to harden their centralized (federal) grasp on power, as is still the case today.

Most Americans do not believe that this issue was at play during Lincoln's era, but they are so very wrong. The current political atmosphere in America is a testament to how ignorance of history forces a people to repeat it.

Posted by Brock Townsend at Monday, November 27, 2017 No comments:

Veteran to NFL millionaires: Get off your knees already

Posted by Brock Townsend at Monday, November 27, 2017 No comments:

My father was a big advocate of old cowboy guns. Hailing from Europe by birth and upbringing, his fascination with the old West and the cowboys who won it bordered on overzealous. Any gun good enough to be preferred by the old-time cowboys was good enough for him.  He had a point. Thanks to companies like Uberti, people can capture and harness a little piece of the West.

President Trump's decision to cut off Obamacare payments to insurers has driven up the number of zero-cost plans being sold to customers for 2018.

The move to stop the cost-sharing reduction subsidies has led to higher tax credits for low-income customers, which in turn has led to an increase in the number of cheap Obamacare plans available for no premium but high deductibles.

The eligibility for a zero-cost plan varies depending on where an enrollee lives and how much he or she makes. For instance, 2,436 counties in the U.S. offer free bronze plans — the cheapest of Obamacare’s four metal tiers — to a 40-year-old making $20,000 a year, according to an analysis from the health research organization Kaiser Family Foundation.

A separate analysis from Kaiser found that 4.5 million uninsured people are eligible for plans with zero-dollar premiums. 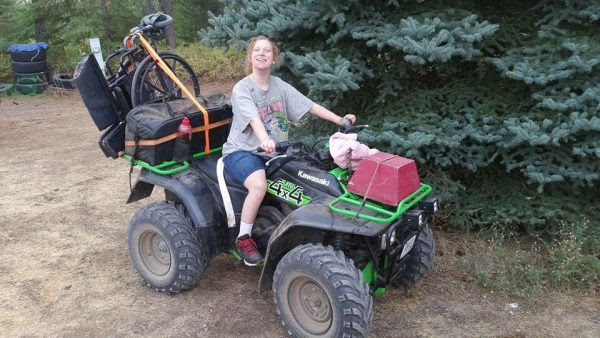 Sometimes a story comes along that makes your blood boil, and this is one of them.  All over the nation CPS is stealing children from Christian families that express concerns about the safety of vaccines, but I never expected it to happen in north Idaho.  Actually, a large number of families from all over the country have moved to Idaho in recent years specifically because of the vaccine issue.  In Idaho, there is no legal requirement to vaccinate your children, and so no child should ever be taken away because parents do not intend to vaccinate.  Unfortunately, that appears to be what happened in this case.

Earlier today I spoke with Simona Mona of Health Freedom Idaho on the telephone.  She said that she would send me a basic account of the facts in this case, and I told her that I would share those facts with my audience.  Simona is hoping to get as many people as possible out to a court hearing that is being held on Monday morning… 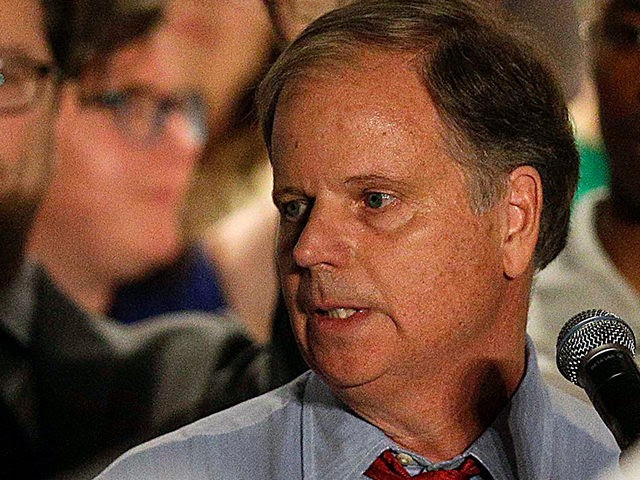 Democrat Doug Jones was asked in an interview if he could reassure voters that he did not want to take their guns but spoke to other topics without ever answering the question.

Politico was contrasting the difference in Republican Roy Moore voters versus Jones voters, and how one of the dividing issues is the Second Amendment.

In addressing the difficulty of overcoming Moore’s appeal to pro-gun voters, Politico asked, “How can you reassure [Moore] supporters that you are not out to take away their religious freedom or their guns, their culture?”

Jones responded by seizing on the word “culture,” saying, “When you talk about their Christian beliefs and stuff, that’s one thing, but when you talk about their culture, I’m not sure what you mean by that. If culture means that you have to put down people, if your culture means that you would discriminate against somebody, that you would not treat anybody in the same way that Christ would do, then I’m not going to protect that.”

He continued to elaborate about culture but never said a word about guns.

Jones’ support of gun control is understandable when you grasp his overarching belief that the Second Amendment has “limitations.”  The Alabama Political Reporter quoted Jones saying, “We’ve got limitations on all constitutional amendments in one form or another.” Such a position opens the door to government regulation of every right in the Bill of Rights, including the Second Amendment.
Posted by Brock Townsend at Monday, November 27, 2017 2 comments:

Conservative group wants to oust Robert Mueller via lawsuit: 'He is just another pol'

A conservative watchdog group filed a suit on Monday in an attempt to oust special counsel Robert Mueller as he oversees the probe to determine if the Trump campaign colluded with the Kremlin in the 2016 election.

Larry Klayman, founder of FreedomWatch, filed a complaint in a U.S. district court that attempts to require the Justice Department to examine leaks from Mueller and “the obvious conflicts of interest among staff.”

“Robert Mueller is not a ‘man of integrity’ as the Washington, D.C., Democrat and Republican political establishment like to spin,” Klayman said in a statement. “He is just another pol who is representing his establishment benefactors in both political parties who want to see the presidency of Donald Trump destroyed.”


Despite any economic gains that former President Barack Obama wants to tout from his presidency, it’s undeniable that he was the “food stamp president.” In 2009, 33,490,000 people received food stamp benefits, but by October 2016, that figure skyrocketed to 44,219,123 people receiving benefits, an increase of about 10,729,000. That’s an increase far out of proportion from what we’d normally expect with natural population increase. The cost of the program to taxpayers rose from $50.3 billion to $66.6 billion.

But there’s good news. The number of people on foot stamps is among the many disastrous aspects of Obama’s legacy that’s already being undone.

According to the Daily Wire, “new statistics from the U.S. Department of Agriculture show nearly 1.5 million Americans have gotten off the food stamp rolls since President Trump took office in January 2017. That’s a 3.5% drop in less than a year.”

Trump has expressed interest on multiple occasions in returning to a “workfare” system for benefits, whereas able-bodied recipients must be either working or looking for work.


More @ The Political Insider
Posted by Brock Townsend at Monday, November 27, 2017 No comments:

"It is highly implausible that the Founders understood the Indian Commerce Clause, which was virtually unopposed at the founding, as giving Congress the power to destroy the States’ territorial integrity," Thomas wrote in dissent. "When our precedents permit such an absurd result, something has gone seriously awry. It is time to fix our error. We should have granted certiorari to reexamine our Indian Commerce Clause precedents, instead of standing idly by as Congress, the Executive, and the lower courts stray further and further from the Constitution."

Supreme Court Justice Clarence Thomas criticized the justices' decision on Monday not to take a case, saying they are "giving Congress the power to destroy the states' territorial integrity." 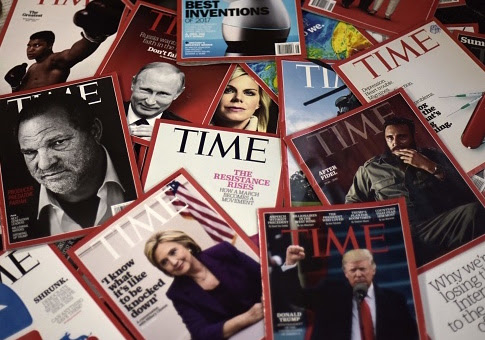 Charles and David Koch are among the new owners of the recently sold Time Inc., the company that owns and publishes over 100 magazine brands, including Time Magazine.

The sale of Time Inc. to the Meredith Corporation went through Sunday night for approximately $3 billion, the New York Times reports.

Via comment by NITZAKHON on How Britain celebrates Christmas in 2017: Armed gu... 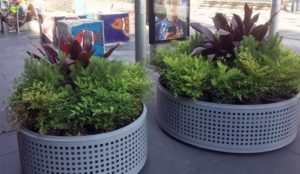 Just as in the UK and Germany, the focus is more on accustoming people to a permanent state of war than to dealing with the root causes of jihad terror.

Former police chief Ken Lay reviewed Victoria’s counter-terrorism laws and “said more work was needed to understand the effects Islamophobia has had on the Muslim community.”

Lay did not recommend any work to understand the effects of Islam’s jihad doctrine on the Muslim community.

Because that in itself would be “Islamophobic.” In this war, understand the enemy has been stigmatized as “bigotry.”

Don't Sit Under The Apple Tree

Reminds me of mother.
Posted by Brock Townsend at Monday, November 27, 2017 4 comments:

Rural Americans are a threat to our democracy.

Well, I certainly hope so.  Maybe they will get us back to a Republic.

The irony of a liberal African-American political commentator calling for the disenfranchisement of a minority population group appears to be lost on MSNBC’s Joy Ann Reid. Reid labeled rural Americans “the core threat to our Democracy” and called for the abolition of the electoral college to limit their ability to influence elections and government, “This is the core threat to our democracy.

The rural minority — the people @JYSexton just wrote a long thread about — have and will continue to have disproportionate power over the urban majority.” And, “That (ending gerrymandering) and the abolition of the Electoral College would be a start.”