"Thus we find in our conclusion that there is no general welfare clause in the Constitution;

that the power of Congress to legislate for every object which in their opinion might be for the benefit of the people, pressed by Mr. Hamilton in the Convention, was six times, directly or indirectly, rejected by that body; and, in spite of that, his followers have sought to con­strue these words as meaning what the authors of the Constitution had six times successively rejected; while Judge Story’s construction lands us in the same morass, a government of unlimited power, though he reaches it by a different road.

These facts show that a large majority of the Com­mittee of Eleven that reported these words to be in­corporated into the first clause of §8 Art. I were strongly opposed to the views of Mr. Hamilton and those of Judge Story that lead to the same end, tho’ by different routes, a government of unlimited pow­ers!"

This speech was delivered before the annual meeting of the Georgia Bar Association at Tybee Island on June 2, 3, and 4, 1927.

Mr. PRESIDENT and gentlemen of the Geor­gia Bar Association: I make no apology for presenting to you today as the subject of my address a technical and abstruse question, be cause it involves the foundation stone of our form of Government.

The subject to which I invite your attention may be put in this form, “Judge Story’s position on the so-called General Welfare Clause of the Con­stitution of the United States.”

The words “the general welfare” are to be found in two places in the Constitution—in the preamble thereto and in Article 1, section 8, clause 1. All reputable writers concur in the statement that the words of the preamble to the Constitution consti­tute no grants of power, and therefore our investigation is confined to the words as found in Article 1, section 8, clause 1. which reads,

Chief of interpretation Chris Bryce said Saturday that park officials are in the process of assessing the damage. He said there were a number of places where the ground had been dug up earlier this week.

Petersburg National Battlefield is a 2,700-acre park, about 26 miles south of Richmond, that marks where more than 1,000 Union and Confederate soldiers died fighting during the Siege of Petersburg 151 years ago.

There are a number of locations on the battlefield where someone has gone in and actually dug and upturned the soil by several inches, Bryce said.

Unfortunately, he said, people will sometimes go into national parks or to battlefields and dig up relics in search of buttons from uniforms, bullets, artillery shells and other historic items. They often sell their loot online because there is a market for Civil War relics.

"When this happens, it's not just a loss for Petersburg National Battlefield, it's a loss for the American people," he said. The timing of the looting could not have been worse, he said, because it comes right before Memorial Day. "And now we're having to deal with a situation where someone has essentially come in and has desecrated the park on the eve of a very important weekend for us in terms of commemoration."

A first look at America’s supergun

DAHLGREN, Va.—A warning siren bellowed through the concrete bunker of a top-secret Naval facility where U.S. military engineers prepared to demonstrate a weapon for which there is little defense.

Officials huddled at a video screen for a first look at a deadly new supergun that can fire a 25-pound projectile through seven steel plates and leave a 5-inch hole.

The weapon is called a railgun and requires neither gunpowder nor explosive. It is powered by electromagnetic rails that accelerate a hardened projectile to staggering velocity—a battlefield meteorite with the power to one day transform military strategy, say supporters, and keep the U.S. ahead of advancing Russian and Chinese weaponry.

In conventional guns, a bullet begins losing acceleration moments after the gunpowder ignites. The railgun projectile gains more speed as it travels the length of a 32-foot barrel, exiting the muzzle at 4,500 miles an hour, or more than a mile a second.

“This is going to change the way we fight,” said U.S. Navy Adm. Mat Winter, the head of the Office of Naval Research.


Just A Common Soldier, also known as A Soldier Died Today, is one of the most popular poems on the Internet. Written and published in 1987 by Canadian veteran and columnist A. Lawrence Vaincourt, it now appears in numerous anthologies, on thousands of websites and on July 4, 2008 it was carved into a marble monument at West Point, New York. This year marks the poem’s 25th anniversary.
Posted by Brock Townsend at Sunday, May 29, 2016 6 comments:

Please consider over the weekend reaching out to those on the House Judiciary II Committee asking for HB 1086 to be heard as soon as feasible.

Links to e-mails can be found here: 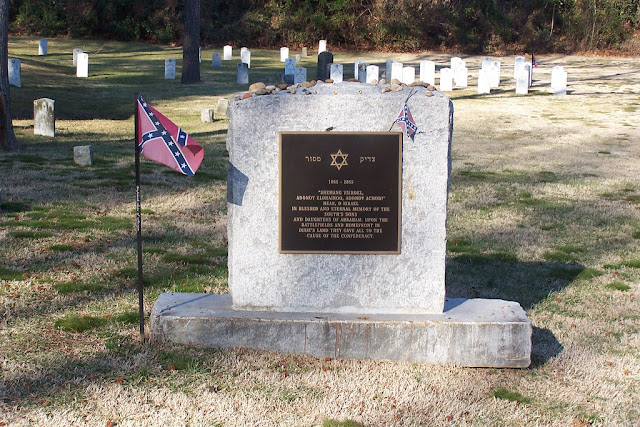 On an adjacent plot in the cemetery, 272 Confederate graves went unmarked.

Under the guidelines of the National Cemetery Administration in Washington, D.C., no sanctioned cemeteries may place Confederate flags on grave sites. On one day each year — Memorial Day — outside organizations can volunteer to do that.

"If an organization chooses to do that, they can do it," said Janice Hill, director of the cemetery in Hampton. "We don't provide the flags. They have to provide them, and they have to take them down when Memorial Day is done. I have not had anyone contact me in the five years I've been here." Local SCV Camp, what's the problem? 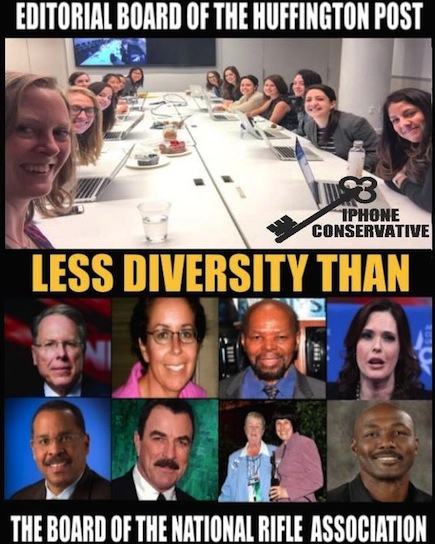 "I'm Taking a Glock .45 to the Ladies room. It identifies as my Bodyguard."

Laws and policies allowing men open access to private spaces designed for women puts women at risk of attack. Increasing publicity will make women and girls targets for rapists, pedophiles and voyeurs. Below is a collection of articles and resources illustrating the danger of dual-sex restrooms, fitting rooms and shower facilities.


More with video @ Liberty Counsel
Posted by Brock Townsend at Sunday, May 29, 2016 No comments: 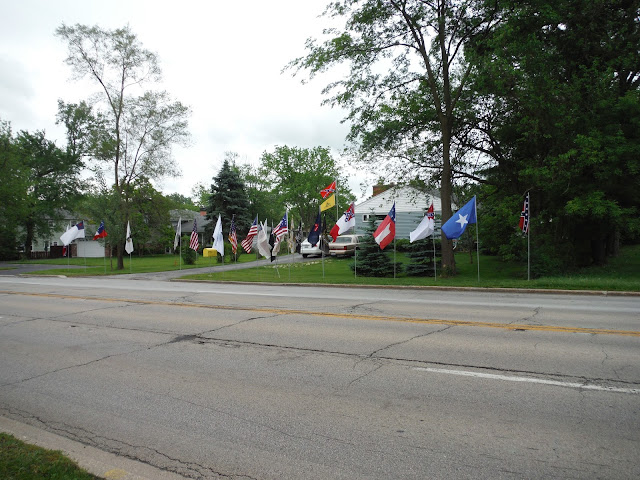 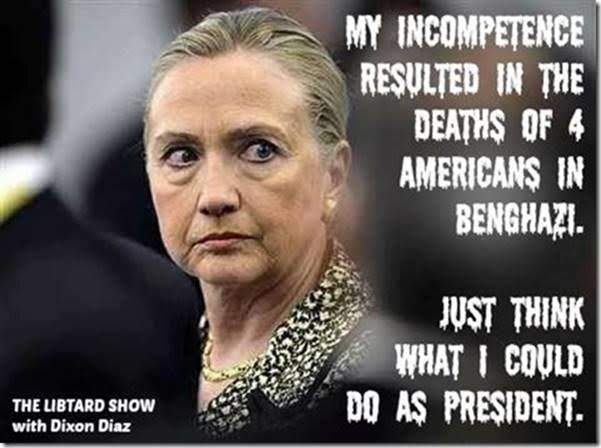 Via comment by  Bob on Veterans sites in California, Kentucky and Virgini... "They caught the fellow in KY, one of Obama's Sons." gee, how surprising.:) 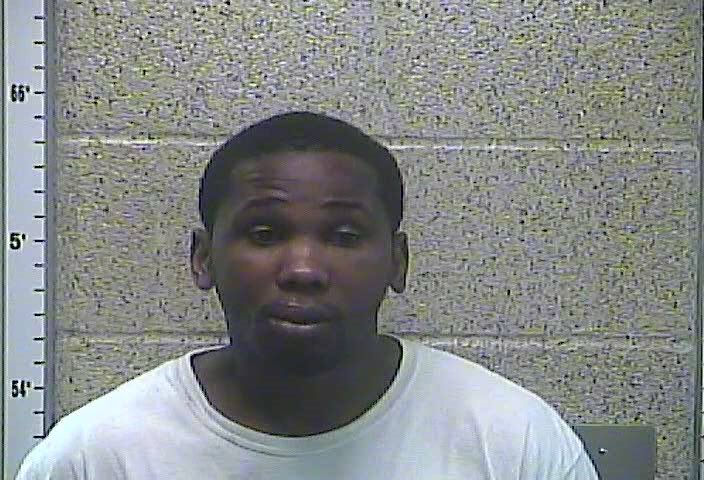 Later Saturday, police arrested Anthony Burrus for criminal mischief and leaving the scene of an accident. Police stated they recovered the car involved, a 1979 Ford Thunderbird. The vehicle was found abandoned in a McDonald’s parking lot with pieces of crosses and stakes still embedded in the tires.