Protests erupted across Europe this weekend, as citizens push back against legislation implementing lockdowns and requiring vaccinations.

The story: Media coverage over the weekend showed tens of thousands of protestors in Paris, London, Dublin, Athens, and other European cities.

Demonstrations became particularly heated in Paris, as the city’s riot police fired tear gas into crowds near Paris’ Gare Saint-Lazare railway station in response to protesters knocking over a motorbike being driven by two police officers.

Arizona Sen. Michelle Ugenti-Rita, who is now running for Arizona Secretary of State and recently killed election integrity legislation to help prevent accusations of fraud in future races, was booed off the stage during her speech at the Turning Point USA Chapter Leadership Summit held today in Phoenix, Arizona.

After several failed attempts to get her speech underway, Ugenti-Rita left the stage shouting, “I will win my primary!”

Left Wing Jewish Democrats: You Don’t Speak For Us 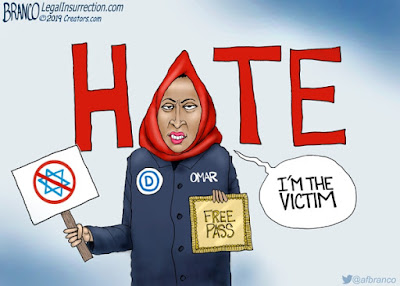 More @ The Times of Israel In late June 2021, The New York Times broke a very important story about Chinese construction of large numbers of ICBM silos for its new large DF-41 ICBM stating, “Researchers in the United States have identified the construction of 119 new intercontinental ballistic missile silos in a desert in northwestern China …" The analysis was conducted by Mr. Jeffery Lewis of the James Martin Center for Nonproliferation Studies at the Middlebury Institute of International Studies. According to Mr. Lewis, “If the silos under construction at other sites across China are added to the count, the total comes to about 145 silos under construction.” The U.S. Department of State voiced concern about China’s actions.

The Chinese DF-41 ICBM is not a small Minuteman-class missile but rather a large Peacekeeper-class missile and is generally reported as capable of carrying ten warheads. Peter Huessy of the Mitchell Institute has pointed out, “Just this deployment alone will provide China over one thousand new on-alert warheads—1,450—almost double the day-to-day U.S.A. on-alert force and by itself a nuclear force roughly equal to the entire current U.S. nuclear-deployed force of 1,490 sea- and land-based missile warheads.”

'I think probably the more startling thing isn't what was said, it’s the fact the crowd cheered,' said Jason Miyares, the GOP candidate for Virginia AG

Republicans at all levels in Virginia are pushing back against left-wing "mob" mentality, cancel culture, violent rhetoric and attempts to normalize radical leftist thought after a pro-critical race theory speaker appeared to wish death upon conservative parents in Fairfax County last week.

Amid dueling rallies for and against CRT last week, a Fairfax County PTA leader was recorded on video suggesting parents who oppose the race-based philosophy should "die" – and county Democratic chair Bryan Graham appears to have been part of the crowd that applauded the line.

WATCH: Trump Slams Critical Race Theory as ‘Poisonous,’ ‘Flagrant Racism’ That Has ‘No Place in Our Country’

"What the hell is he talking about?" pic.twitter.com/ltpiooFg5U

Trump asserted that the Marxist teachings have “no place in our country” and slammed it as “flagrant racism.”

Cuomo off the hook: DOJ says it will NOT investigate Covid-19 nursing home deaths in New York, Pennsylvania and Michigan 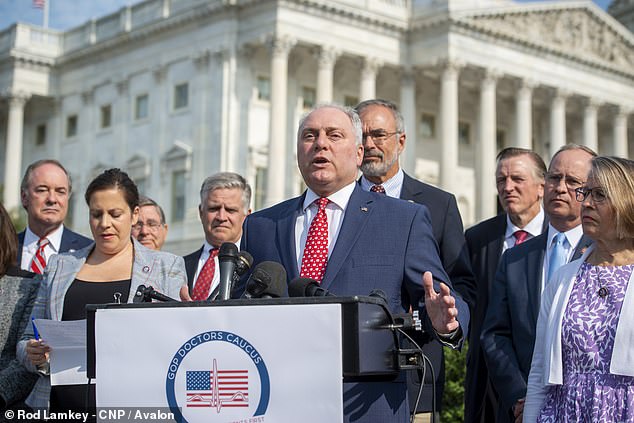 Republican congressman Steve Scalise (pictured) slammed the DOJ's decision not to open an investigation as 'outrageous' and demanded justice for the families of people who died in the state's nursing homes.

DOJ sent a letter Friday to several Republican Congress members saying it will not probe whether the state violated the civil rights of nursing home residents.

Cuomo had issued a directive on March 25 2020 ordering nursing homes to readmit COVID-positive patients because of a lack of space in hospitals.

The move was slammed for costing many lives and was reversed that May Cuomo's office has been accused of covering up the extent of nursing home deaths and hiding the data from the DOJ.

"Democracy, as our forefathers clearly recognized, is not a group of people living under common procedures and economic exchanges. It is a social fabric of tradition, habit, and prejudice that makes self-government possible in a way that no proclaimed set of procedures or even carefully balanced interests can. A miscellaneous collection of people are not citizens of a republic but interchangeable ciphers of imperialism. The aspiration of a globalized citizenship is not the vision of republicanism but the dream of empire. In order for American society to begin to feel its power and reassert itself against government, it must have a period of stabilization. We must have time to absorb the great immigration we have received in the last three decades. Otherwise we will have a society increasingly fragmented rather than pluralistic, divided into hostile groups competing for advantage, a situation in which democracy cannot long survive, as the history of the world shows. Unlimited immigration serves the rich and the government, not the people."
—Clyde Wilson, "Restoring the Republic," 1992.
Posted by Brock Townsend at Sunday, July 25, 2021 No comments:

"Ahhh it was worth every second waiting for his 2 hr rally. We love President Trump."

Via Niki Tran
Posted by Brock Townsend at Sunday, July 25, 2021 No comments: