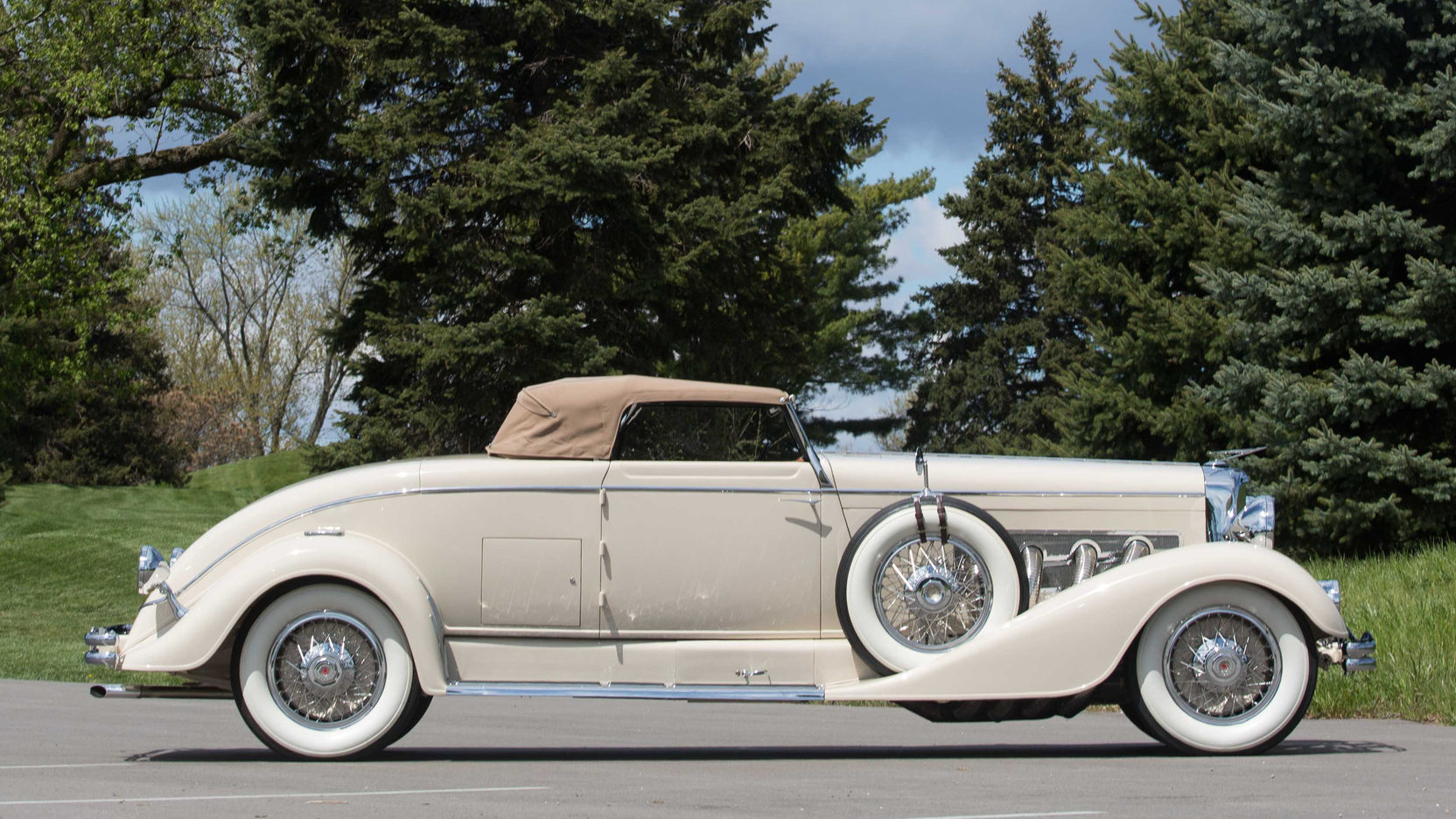 Every so often, like a debutante at the cotillion ball, a regal classic-era Duesenberg Model J is presented to the public, one with such impeccable style and breeding that onlookers are spellbound by its beauty and grace.

Trump Is Right about Crime

It is remarkable how little black lives matter when they have not been taken by a police officer. The mainstream media is foaming at the mouth over Republican presidential nominee Donald Trump’s warnings about rising crime during his Thursday night convention speech. Trump pointed out that homicides were up nearly 17 percent in the largest 50 cities. (The latest research actually shows a nearly 17 percent increase in the 56 largest cities). There have been more than 2,000 shooting victims this year in Chicago, he said, and more than 3,600 killed in Chicago since President Obama took office.

The overwhelming majority of the victims in this post-Ferguson shooting and homicide surge have been black. In Baltimore, for example, 45 people were killed in July 2015 alone; 43 of them were black. Baltimore’s per capita murder rate was the highest in its history in 2015. In Chicago, 2,460 blacks were shot in 2015—lethally or non-lethally—or nearly seven blacks a day. By contrast, 78 whites were shot in Chicago, or one every 4.6 days. Twelve cities with large black populations saw murders rise anywhere from 54 percent—in the case of Washington, D.C.—to 90 percent, in Cleveland.

Marion Maréchal-Le Pen: ‘Either We Kill Islamism Or It Will Kill Us’

A French National Front (FN) Assemblée Nationale member has made it clear that she believes Europe is at war with Islamists, warning that the time is coming for people to choose a side. Her comments come just days after 84 people were killed in Nice while celebrating Bastille Day.

Speaking shortly after the Nice attack, Marion Maréchal-Le Pen, niece to Marine Le Pen and one of the FN’s two National Assembly members, told her supporters: “Either we kill Islamism or it will kill us again and again. You are with us and against Islamism, or you are against us and for Islamism…

Those who choose the status quo become complicit with our enemies.”

You just can’t make this stuff up…

Tonight Democrats will honor the mothers of dead violent criminals.

Michael Brown’s mother will speak to the convention tonight…

In memory of Gentle Mike Brown – his parents Lesley McSpadden and step-dad Louis Head incited a riot in Ferguson after a grand jury refused to indict Officer Darren Wilson.

And dozens of Ferguson businesses were burnt to the ground.


More @ The Gateway Pundit
Posted by Brock Townsend at Tuesday, July 26, 2016 No comments:

The Democrat National Convention is underway and leftists are working overtime to forge a unified front — this time to take on Donald Trump. It appears, however, that doing so this year will be harder than most. For all of their hype leading up to this week, there is no shortage of dissatisfaction with Hillary Clinton — or the Democrat Party itself.

The convention began with no visible American flags and the crowd booing during the opening prayer. There’s Democrat unity for you.


More @ The Patriot Post
Posted by Brock Townsend at Tuesday, July 26, 2016 No comments:

Black votes matter to many politicians -- more so than black lives. That is why such politicians must try to keep black voters fearful, angry and resentful. Racial harmony would be a political disaster for such politicians.

Racial polarization makes both the black population and the white population worse off, but it makes politicians who depend on black votes better off.

Hillary Clinton desperately needs black votes in this year's close election. Promoting fear, anger and resentments among blacks -- and, if possible, paranoia -- serves her political interest. Barack Obama has mastered the art of keeping black voters aroused while keeping white voters soothed -- thanks in part to the gullibility of much of the public, who mistake geniality and glib rhetoric for honesty and good will.

Via comment by Quartermain on........the most irresponsible and incendiary pre...

Black Lives Matter advocates and Al Sharpton were served this past week with a lawsuit accusing them of intention of inciting a race war, but two very well-known instigators attempted to avoid becoming part of the action.

Civil rights activist Al Sharpton and former U.S. Attorney General Eric Holder tried to keep from being served with a complaint accusing these two of speaking anti-police rhetoric to this domestic terror group to incite violence as part of their justification for alleged mistreatment of black people by law enforcement. 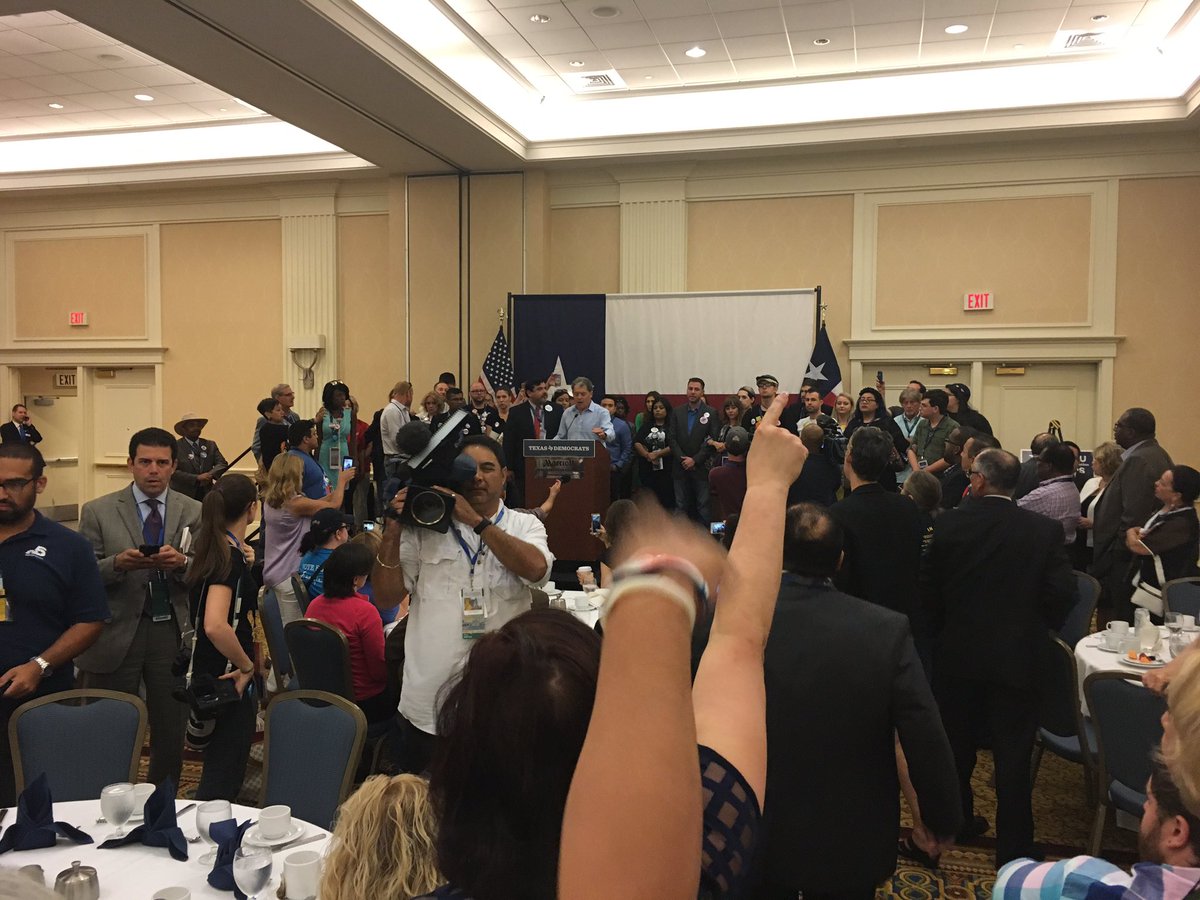 A SHOUTING MATCH broke out at the Texas DNC Convention breakfast in Philadelphia Tuesday morning.


More with video @ The Gateway Pundit
Posted by Brock Townsend at Tuesday, July 26, 2016 No comments:

More @ The Gateway Pundit
Posted by Brock Townsend at Tuesday, July 26, 2016 No comments:

"How to Make the Confederate Flag Respectable"

Via comment by Paul Bonneau  on  In protest of City Council decision, Virginia Flag... 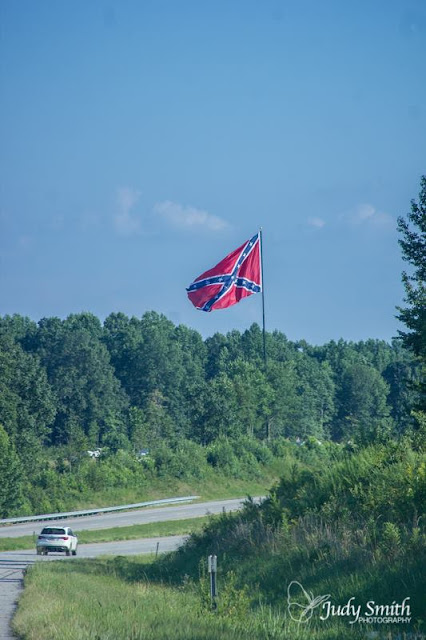 It used to be that the Confederate flag (correctly known as the battle flag of the Army of Northern Virginia) was not respectable. (It's always been respectable to me) It was found on dirty pickup trucks, hanging in bars, and painted on the roof of that orange car in “The Dukes of Hazzard,” which was about as silly a show as one could find. The intelligentsia and the chattering classes looked down their noses at it, if they bothered to comment at all.

Then that idiot shot some people in the Emmanuel African Methodist Episcopal Church.


More @ Strike The Root
Posted by Brock Townsend at Tuesday, July 26, 2016 No comments: 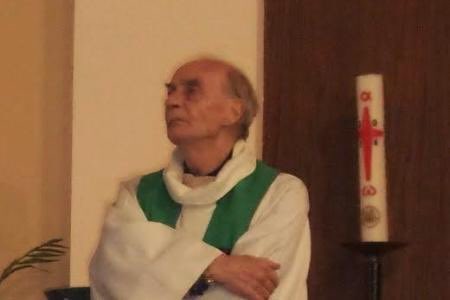 Father Jacques Hamel was born in 1930 and ordained in 1958.
On Tuesday he was beheaded by ISIS while holding mass in France.

An 84-year-old priest was killed in an attack during a hostage-taking situation at a church in northern France, near Rouen. ISIS has claimed responsibility for the attack, carried out by two terrorists who were later killed by police.
Both attackers were killed by police snipers after running out of the church at one point during the standoff, an interior ministry spokesman said.

Police have also officially confirmed the death of one victim, who was "killed with a blade."

Security forces have arrested one person allegedly linked to the attack, according to a source close to the investigation, as cited by Reuters.

Police earlier said they could not confirm the motive or the identities of the attackers.

In an official statement, France's President Hollande called the attack a "terrorist act," and said the attackers claimed a connection to IS. He added that France needs to battle against IS.