Save the Souls of the Lords of Gray– in Eleven Stanzas

Oh! Save the souls of the Lords of Gray.
Donned their swords and scabbards.
Rode into cause valiant to pray.
Ever still they cease from marching forth;
Holding their cause against a vile North.

Men in gray suits though equal in stripe,
Bare their hearts and sinew.
Defend the world against the snipe,
They bleed into soul far from Lord’s home;
Their courage, their nerve, written in tome.

Onward Lee, Old Jack and Pierre too,
Prize these brave men in life.
God will you our princes, save you.
Without shoes without pay, rifles their own,
Their mettle not vexed, their spines of stone.

Charge the devils who forward assault,
Drive their mission from hell.
Upon the field from mighty fault,
Our home and cover will forever stand;
Against an army of darkened hand.

The cries from the breech of men all true,
They bridled non-brittle;
Sinners though righteous all anew,
Farther from home than will should deserve,
Spirit for victory stance in verve.

Gray hearts never waned though muscles bent,
Climbing the hill of blood,
The Yell from the gray never spent.
On each side fallen men of the land,
Their grand hopes of cause precious to man.

Fight for the folk, against the jaws,
The Gray Lords steadfast lead;
Forever the heart of their cause,
New England lies thread beyond the plight,
Monster needles o’ foreign to fight.

Gentlemen, soldiers, fellow farmer;
Onto and ever right,
Striking out with heaven’s armor,
Now dash to the field, dash to the wall,
Our brave Gray souls, though Godly men fall,

The flowers grow over the graves down,
Seas of same beyond them,
Gray mists arise above their town.
Carry away to their star above,
Their mothers, fathers, wives lost in love.

Not forever will their cause be lost;
Their march favored home’s hearth.
They bridled they rode no matter cost,
Men of steel grit from a loyal breast,
Their land, their home their eternal rest.

Kim Jong-un has become the first North Korean leader to set foot in South Korea by crossing the military line that has divided the peninsula since the end of the Korean War in 1953.

In a moment rich with symbolism and pomp, South Korean leader Moon Jae-in and Mr Kim shook hands at the border.

Mr Kim said he hoped for "frank" discussion during a warm opening exchange as talks kicked off.

The historic summit will cover nuclear weapons and a possible peace treaty.

Much of what they will talk about is likely to have been agreed in advance, but many analysts remain sceptical about the North's sincerity in offering to give up nuclear weapons.

Nevertheless, the whole of South Korea stood still for the moment the two leaders shook hands on both sides of the border in the demilitarised zone between the countries.

Then audiences watched in surprise as Mr Kim invited the South Korean president to step briefly across the demarcation line into North Korea, before the pair stepped back into South Korea - all the while holding hands.

It was an apparently unscripted moment during a highly choreographed sequence of events.

Confederate pride runs deep in unexpected place: “The flag is a symbol of love.”

Brunno Lucke is a 9-year-old boy with a sweet smile, a love of soccer and his own YouTube channel.

He also wears a cap with the Confederate battle flag emblazoned on its peak. This city of more than 180,000, an hour’s flight from Rio de Janeiro, site of this summer's Olympics, is perhaps the last place you’d expect to find the most controversial symbol in American history. It adorns everything from belt buckles to bumper stickers among the Fraternidade Descendência Americana, an organization that celebrates the emigration of a group of defeated Southerners to Brazil after the Civil War 150 years ago.

Yet in Santa Barbara D’Oeste there is no negative association with the flag that many Americans see as a symbol of slavery and segregation. “To me,” Bruno says, already dreaming of the hot dogs he’ll soon consume at a popular annual Confederate festival, “the flag is a symbol of love.”
Posted by Brock Townsend at Thursday, April 26, 2018 2 comments:

DHS to ‘Caravan’ Migrants: False Asylum Claims Will Be Prosecuted 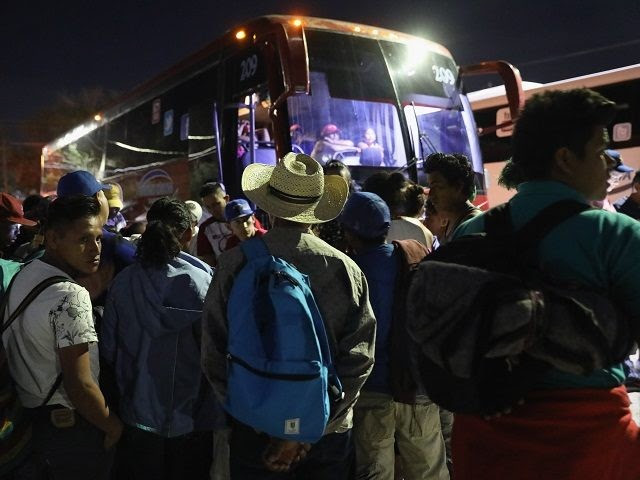 Homeland Security Secretary Kirstjen Nielsen sent a message to members of the “migrant caravan” who are now in Tijuana. The migrants announced they plan to enter the U.S. in massive numbers to declare asylum. Neilsen also addressed her warning to the organizers who may be coaching migrants on how to falsely make a “credible fear” claim.

A McCabe Indictment — or a Banana Republic? Do we live in a nation where the well-connected remain wholly insulated from accountability?

Two hundred and thirty-one years after Ben Franklin’s famous exchange, America has reached a fork in the road. Down one path, we continue our grand experiment in self-governance and maintain our reputation as the last best hope of mankind. Down the other, we devolve into a banana republic, ruled by a cabal of unelected deep-state bureaucrats accountable to no one but themselves. The best indicator of which way we’ll go? Ousted FBI Deputy Director Andrew McCabe. Either he gets indicted, or we live in a nation where the well-connected remain wholly insulated from genuine accountability.

The allegations couldn’t be clearer. As the Department of Justice’s Office of the Inspector General’s (OIG) report indicates, McCabe “lacked candor” (he lied) on four occasions when speaking with internal investigators. Thus, the OIG has sent a criminal referral to the U.S. attorney’s office in Washington, DC.

On Wednesday, the Broward County Sheriff’s Office released its police report on its grilling of Parkland pro-Second Amendment student Kyle Kashuv. Kashuv has spent the past several weeks meeting with legislators on both the right and the left in an attempt to broker legislation that would reduce violence in schools. But after Kashuv visited a gun range for instruction alongside his father, he was called in by armed school security for an interview. The story made national news.

Now, the Sheriff’s Office has released its report. The report states:

Bible on GQ's list of books you 'don't have to read' 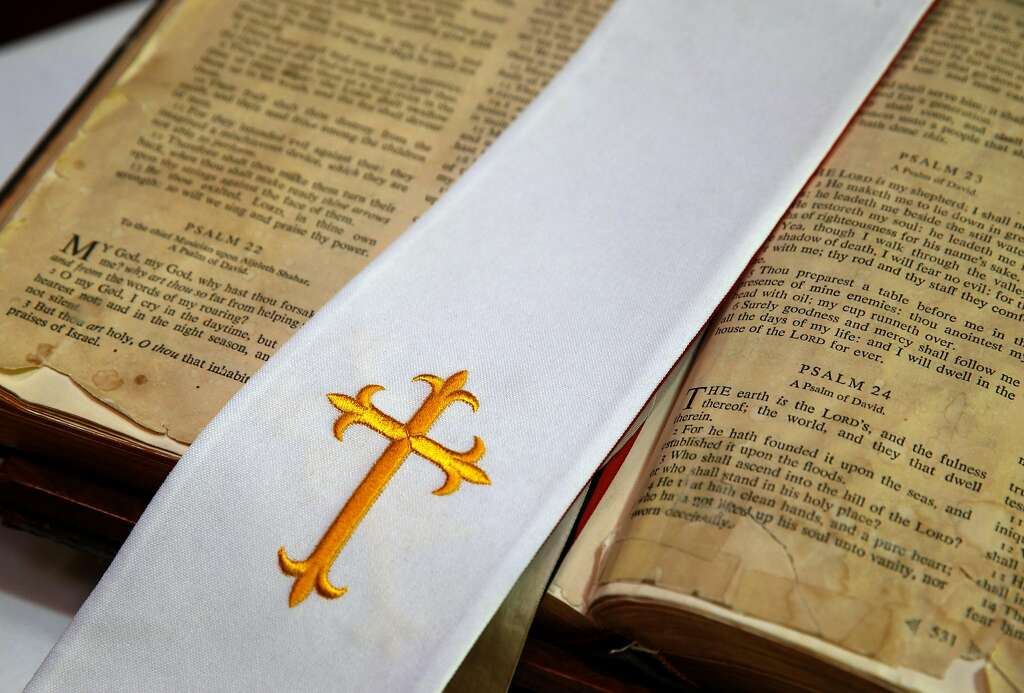 The Bible has "some good parts," but it's still "repetitive, self-contradictory, sententious, foolish, and even at times ill-intentioned," according to some editors at men's lifestyle magazine GQ.

Editors included the Good Book on a list of the "21 Books You Don't Have to Read," published online last week.

People are calling the list a misstep of biblical proportions, with some calling for a boycott of the magazine. Following the publication of the article online last week, the Twitter floodgates unleashed a stream of vitriol not even Noah's Ark could weather.

Wrote conservative Fox News columnist Todd Starnes: "I suspect the highbrow editors at GQ Magazine would not know the difference between John the Baptist and Balaam's Ass."

An Indiana man is accusing his son's 8th-grade Spanish teacher of bullying and pushing a political agenda on students.

Todd Hein claims that his son Jacob was shamed in front of his classmates by the teacher at Blackhawk Middle School in Fort Wayne,  after he cited Fox News as his source for an assignment.

On "Fox & Friends" on Wednesday, Hein explained that each week students are assigned to translate a news article into Spanish. For one of his assignments, Jacob chose a FoxNews.com article about a U.S. Navy jet's encounter with a UFO.

The federal government paid a “bed rate” of $127.82 per day to house each illegal alien detained by Immigration and Customs Enforcement in fiscal 2016, according to ICE data published in a new report by the Government Accountability Office.

Even if you do not count the extra day in that leap year, that works out to $46,654.30 for each detention bed occupied by an illegal alien for 365 days.

Over the past decade, about 3.5 million Americans have relocated from high-tax blue states like California and those in the Northeast, to low-tax red states like Texas and Arizona -- and the change is likely to accelerate.

So say Arthur Laffer and Stephen Moore, co-authors of a report from the American Legislative Exchange Council, in a Wall Street Journal essay.