The post-constitutional system the US government created in the wake of 9/11 to supposedly go after Muslims in far-off lands is now slated to be used aggressively on Americans.

Investigation Of the Democratic Party 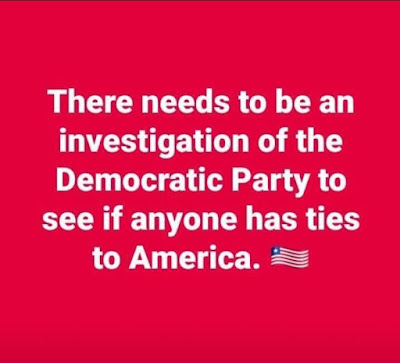 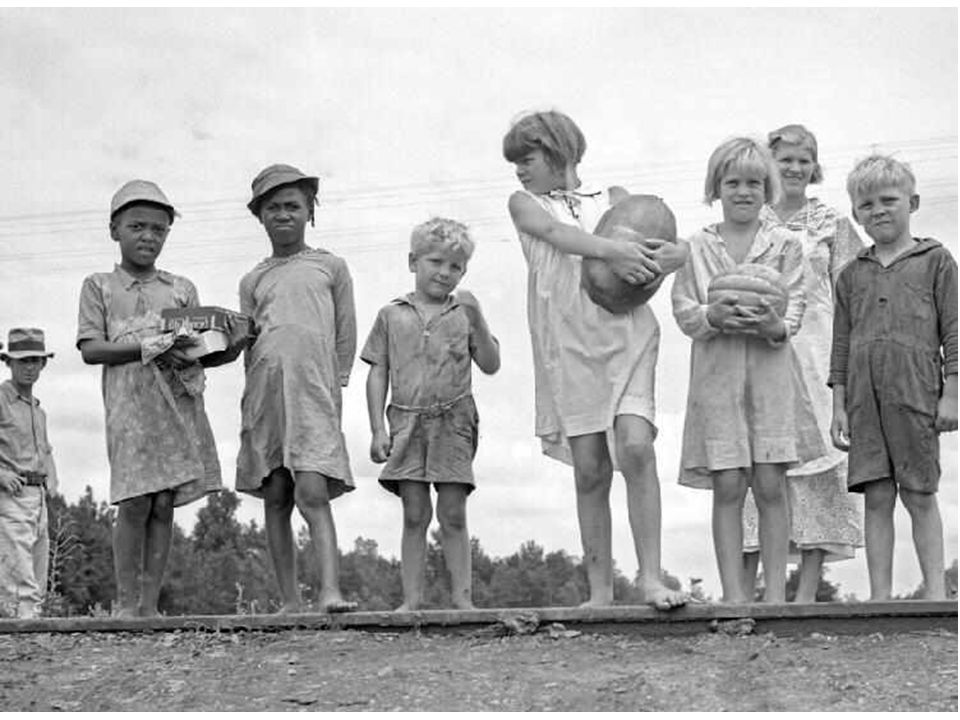 Conservative talk radio host Dennis Prager has become a YouTube success with his five-minute videos on politics, history, religion and culture. They’ve been viewed 2.5 billion times and he gets thousands of emails daily. About eighty percent are hosted by prominent experts that include prime ministers, Nobel Prize winners, professors and other credentialed authorities. Prager is an especially effective advocate for free speech, which has even required that he battle YouTube.

Dennis is justifiably proud of Prager U’s popularity and the quality of hosts it normally attracts. On a recent YouTube “Prager Fireside Chat” he complained that when critics denounce the videos as inaccurate, “they never give an example.” So, I’ll provide some. The recent Prager U video with Dr. Allen Guelzo on Reconstruction is not only inaccurate but also contains outright falsehoods. Guelzo claims that although white Southerners lost the War, they “won” Reconstruction by perpetuating a racist society.


More @ The Abbeville Institute
Posted by Brock Townsend at Friday, September 27, 2019 No comments:


A Sumner County man is claiming his first amendment rights have been violated after Sheriff’s Department deputies cited him for an obscene car sticker.

It shows two rifles sandwiching the letters “U” and “C,” followed by the words “Gun Control.”
According to the official citation, law enforcement says the message spells out the “F word." 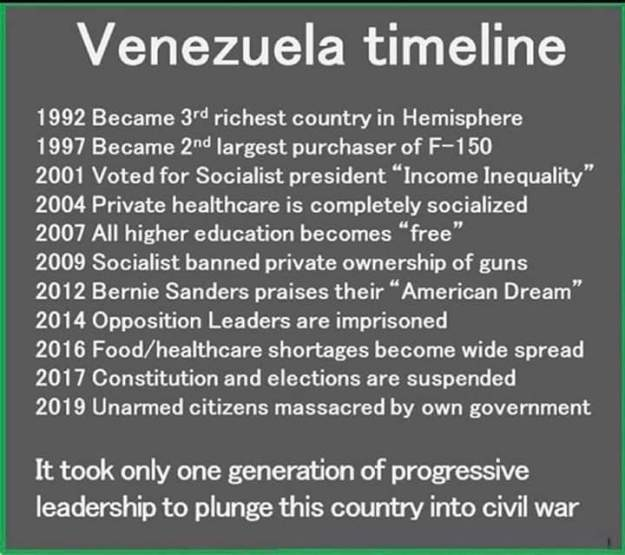 Posted by Brock Townsend at Friday, September 27, 2019 No comments:

Donald Trump Is the Ultimate Bullfighter 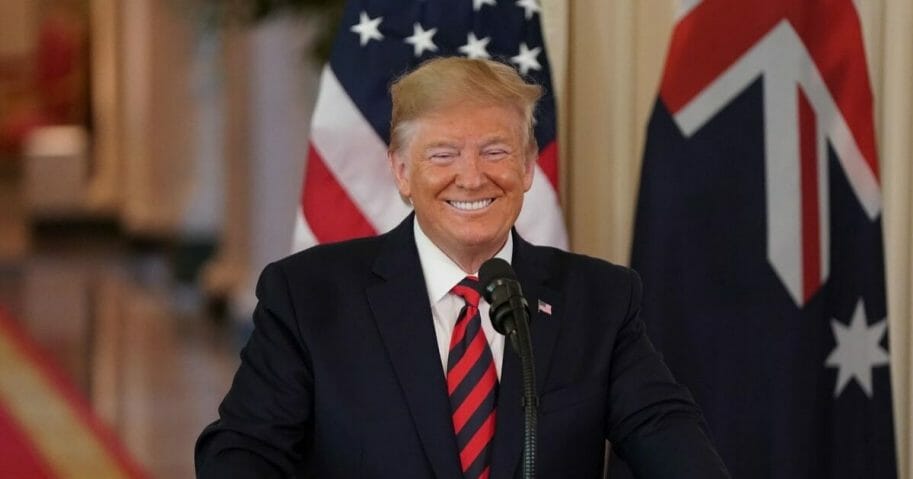 If you’ve never seen a bullfighter in real life, you’ve almost certainly seen one recorded on television or fictionalized somewhere — the Saturday morning cartoons or The Dick Van Dyke Show.

The commonality in almost all the depictions is the sequined toreador luring the bull to charge a red cape held in his outstretched hands.

The bull, irritated and angry, charges the cape, determined to gore it, when at the last second the bullfighter jerks the cape away, revealing to an increasingly infuriated bull that he’s charging nothing but air.

The bulls fall for it every time. And it turns out the American establishment media behave in almost exactly the same way when it comes to President Donald Trump.

He waves a red cape at them. They charge. He jerks it away. They look like idiots. And the process starts again.

Tulster: Buy a Holster, get a FREE Mag Carrier! 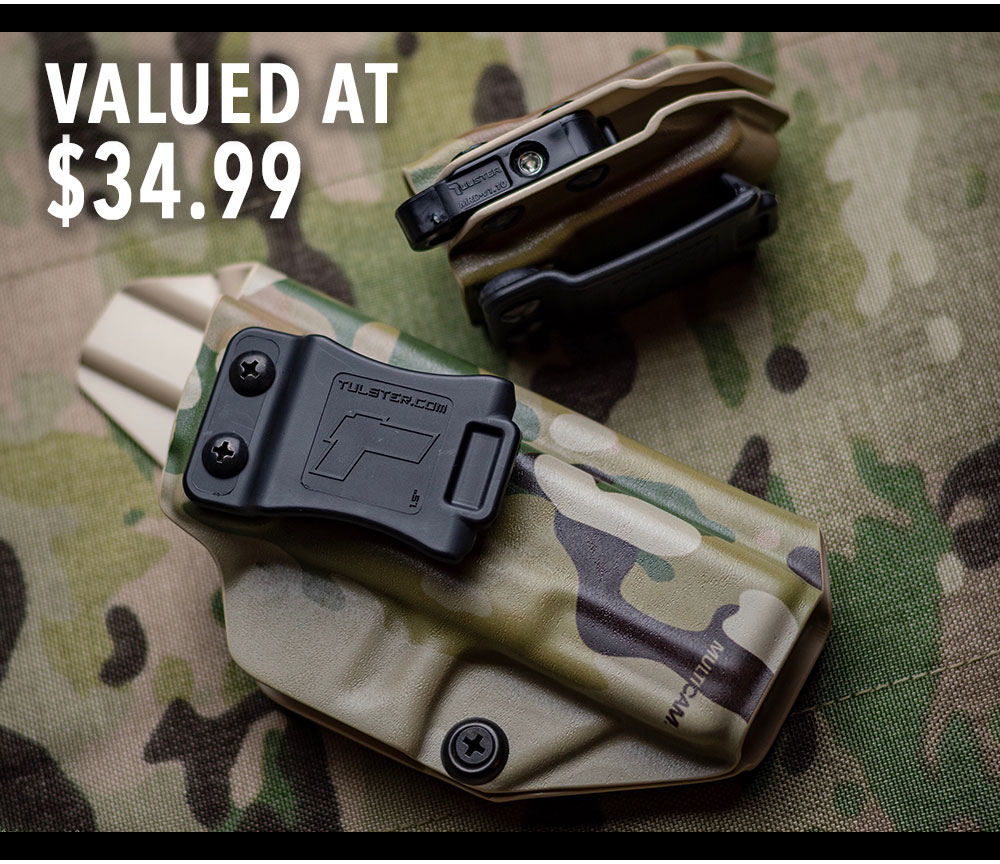 The "FREECARRIER" promotion is 10 days only and ends 10/6 Hurry, don't miss this deal!

Discount Code is only valid on a  Holster and Carrier combo at Tulster.com

To receive the FREE Echo Carrier, coupon code "FREECARRIER" must be used at checkout.

Can not be combined with any other discount codes or promotions

Everything at Tulster.com is stocked and will ship same or next business day.


@ Tulster
Posted by Brock Townsend at Friday, September 27, 2019 No comments:

How did the Marxists gain control of the Reconstruction narrative? While Adolf Hitler’s heinous crimes were designed to exterminate an entire people, their culture, heritage and history, in the case of the South, Abraham Lincoln’s aim was to eradicate a nation, with the erasure of its history and heritage, as well as the near destruction of the entire South, its people and its culture taking place as an aftermath during the twelve years of Union occupation


A book condemning the left-wing bias of one of the most widely read and educationally used histories of the United States was recently written by Mary Grabar who received her Ph.D in English from the University of Georgia and went on to teach at various Georgia institutes of higher learning, including Emory University in Atlanta. The focus of her book, Debunking Howard Zinn : Exposing the Fake History That Turned a Generation Against America, is Zinn’s 1980 work, A People’s History of the United States, as well as the Zinn Education Project which was founded in 2007 to promote and disseminate Zinn’s book as a standard text in elementary and high schools, as well as various colleges and universities, throughout America. The book by Zinn, a self-styled anarchist and socialist with a more than four hundred page F. B. I. dossier marked “high security risk,” is primarily a polemic against social injustice and the supposed oppression of all minority groups in the Americas by white majorities since the time of Christopher Columbus. In spite of the fact that the text has already sold well over two and a half million copies and remains high on a number of best-seller lists, a recent poll by George Mason University in Virginia placed Zinn’s work as the second least credible history book in print.


More @ The Abbeville Institute
Posted by Brock Townsend at Friday, September 27, 2019 No comments:

Many Democrats, including some constitutional law professors, now argue that President Trump can be impeached without evidence of high criminal acts. Some of them took the opposite view when President Clinton was being impeached. Putting aside the hypocrisy, there are good historical reasons why the impeachment approach of Democrats is wrong.

During the debates over the impeachment provisions of the Constitution, two differing views of our structure of government were presented. Some Framers argued that a president should be subject to removal by the legislature if he engaged in malfeasance of office or other comparable noncriminal misconduct. The other Framers took the view that giving the legislature such broad authority to remove a president would turn our country into the kind of parliamentary democracy that existed in England, rather than a republic with a strong executive branch.


More @ The Hill
Posted by Brock Townsend at Friday, September 27, 2019 No comments: 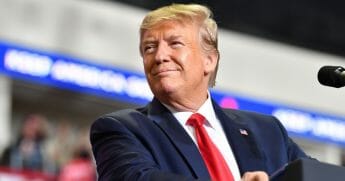 An account from an unnamed Ukrainian official presents a contradictory timeline of events that cast doubt on allegations that President Donald Trump’s call with Ukrainian President Volodymyr Zelensky was, in the words of a whisteblower’s complaint, used to determine the willingness of Ukraine to “play ball.”

The official told The New York Times that the Ukrainian government was unaware that the $391 million in military aid had been suspended by the Trump administration until a month after the phone call. 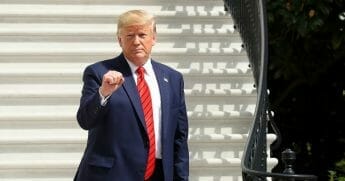 In the aftermath of what critics derided as a political stunt by House Intelligence Committee Chairman Adam Schiff, President Donald Trump on Friday called for the California Democrat to resign.

On Thursday, the House Intelligence Committee heard testimony from acting Director of National Intelligence Joseph Maguire regarding the whistleblower complaint that was made regarding Trump’s July 25 phone call with Ukrainian President Volodymyr Zelensky.

During the hearing, Schiff read what he called “the essence” of the phone call as revealed by a transcript that was released by the White House, making it appear Trump said things that were not actually said on the call.

In Southern Iran, Was It the Beginning of the End? 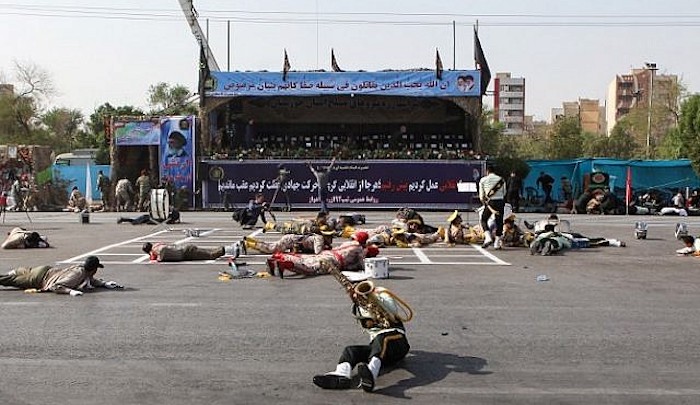 As tensions between Iran and Saudi Arabia could break out into war at any time, here is some background on how tensions got this high. It has now been a year since “at least 29 people were killed and 70 wounded in an attack on a military parade in the Arab Ahvaz region” of southern Iran.

“President Hassan Rouhani has called on the country’s security forces to determine who was behind the attack amid competing claims of responsibility.” The full story is here. 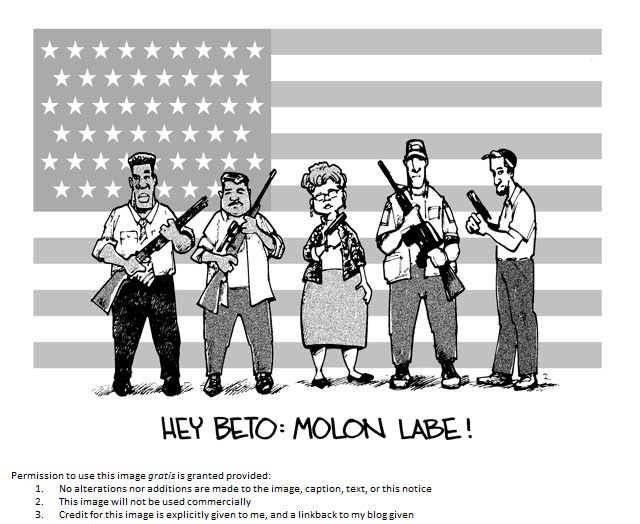 Vietnam will be the only country on the Allied side in a land war with China.

China has invaded Vietnam on and off since 111 B.C. The Vietnamese have a long and honorable history of fighting Chinese invasions, starting with the Trung Sisters in A.D. 39. The most recent Vietnamese leader to throw out his country's Chinese overlords was Le Loi, who led an uprising against the Ming Dynasty in 1428.

China attacked again in 1979. The background to that was that the Khmer Rouge in Cambodia, in killing off a quarter of Cambodia’s population, were also oppressing ethnic Vietnamese in Cambodia. Vietnam invaded Cambodia to stop the killing. The murderous Pol Pot regime was a client state of China and China took exception to their removal. So China invaded to teach Vietnam a lesson.

Joe DiGenova: Partisan CIA Whistleblower "Needs to Go to Prison - Soros Is All Over This"

Posted by Brock Townsend at Friday, September 27, 2019 No comments:

Complaint From So-Called ‘Whistleblower’ Is Riddled With Gossip, Blatant Falsehoods 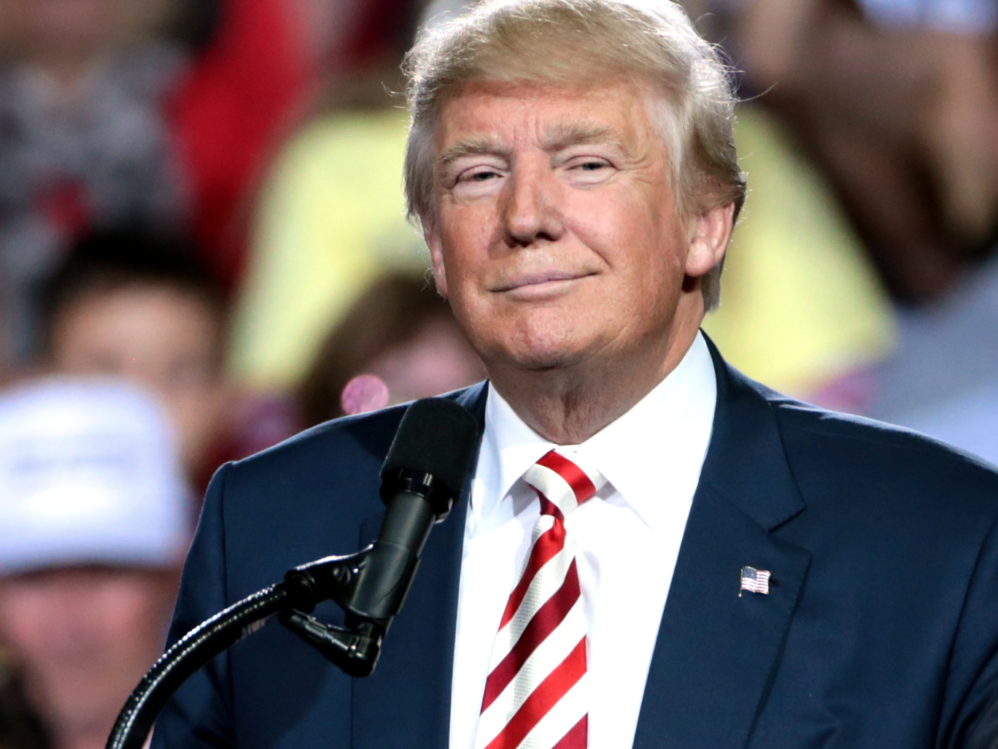 The complaint from an anti-Trump "whistleblower," released Thursday, is a mix of gossip, hearsay, and misstatements of fact contradicted by publicly available evidence.
The formal complaint from an anti-Trump “whistleblower” alleging various crimes by President Donald Trump is riddled with third-hand gossip and outright falsehoods. The document was declassified by Trump Wednesday evening and released to the public Thursday morning. The complaint, which was delivered to the chairmen of the House and Senate intelligence committees, follows the same template used in the infamous and debunked Clinton campaign-funded Steele dossier.


More @ The Federalist
Posted by Brock Townsend at Friday, September 27, 2019 No comments:


www.hellcat9.com Protect yourself with the all new 9mm Hellcat™. Featuring a patented magazine with best in class capacity of 11+1 and 13+1 with included extended magazine, the Hellcat is designed specifically for every day carry with Adaptive Grip Texture and high visibility sights. Also available in an optics ready OSP™ configuration, the Hellcat gives you The Capacity to Defend.
Posted by Brock Townsend at Friday, September 27, 2019 No comments: 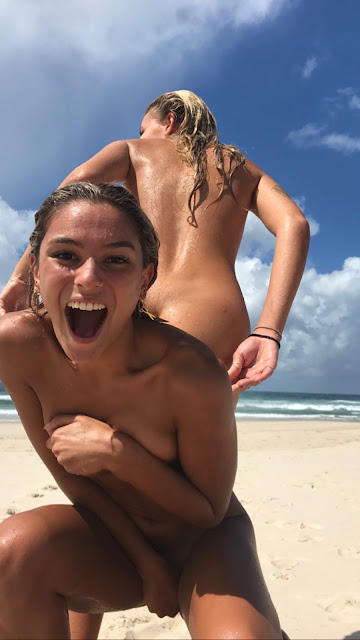