Milo Joins Roger Stone: On Davos & Why Trump Is Winning

Judge Napolitano: FISA Memo Could Be Made Public by a Congressman Simply Reading it on the House Floor

he memo purportedly contains evidence that the Obama administration abused the Foreign Intelligence Surveillance Act to spy on the Trump campaign before the election. Some lawmakers have said the memo reads more like something that would come out of the KGB than America.

“Talks among congressional leaders about the process by which the memo could be publicly released are underway,” reports the Washington Examiner, and the White House has indicated that it will not stand in the way. 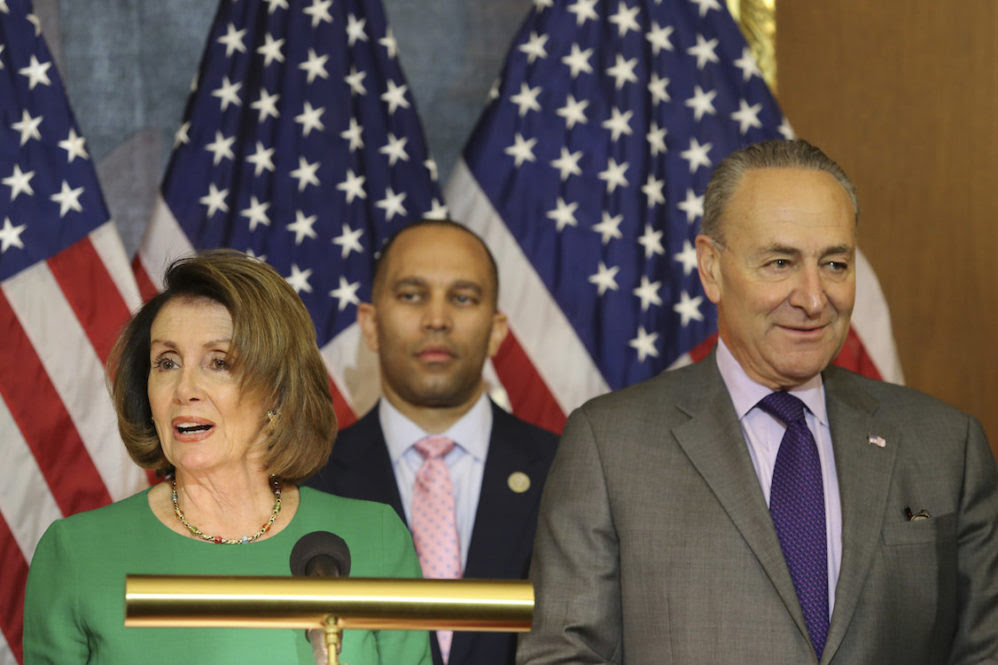 In the wake of Roy Moore’s loss in Alabama’s special Senate election last week, together with a Republican loss in the Virginia governor’s race last month, pundits are beginning to murmur that the GOP should brace for huge losses in the 2018 midterms. Democrats, we’re told, are poised to take control of the Senate, the House of Representatives, at least five statehouses, and maybe even a half-dozen governorships. It’s going to be a blue wave. Democrats are going to capture a new American majority. Even Texas might turn blue.

This isn’t an unreasonable view to take, given Trump’s persistently dismal approval ratings and the GOP-controlled Congress’s deep unpopularity. And of course history suggests that the party of a first-term president will usually lose seats in a midterm election.

But the main problem with the blue wave theory of 2018 is that it asks too much of the Democratic Party, which is riven by as much division and confusion as the GOP is, if not more. As Ed O’Keefe and Dave Weigel reported recently in The Washington Post, Democrats “can’t agree on what the party stands for. From immigration to banking reform to taxes to sexual harassment, many in the party say it does not have a unified message to spread around the country.” It was meant to be a simple, factual tribute to the handful of British soldiers who held off 4,000 enemy warriors at Rorke’s Drift.

But when a member of staff at Dollis Hill underground station in North London wrote a brief account of the battle on their station noticeboard they were accused of “celebrating colonialism”.

As a result the notice - which had marked the awarding of 11 VCs to some of the men who took part in the defence of Rorke’s Drift against the army of the Zulu kingdom - was quickly erased.

Transport for London subsequently issued an apology to “any customers who were offended” by the message, which it described as “ill-judged”.

The decision to remove the tribute was described as “deeply saddening” by historians and a failure to recognise the valour of individual men, regardless of political opinion.


More @ The Telegraph
Posted by Brock Townsend at Wednesday, January 24, 2018 No comments:

"The knives are out for the FBI on Capitol Hill"

Conservative lawmakers from four separate committees are raising alarm bells about a tranche of missing text messages between two FBI agents assigned to the investigation into Russia and President Trump’s campaign, saying it calls into “further question the credibility and objectivity of certain officials at the FBI.”

Meanwhile, House Intelligence Committee lawmakers are refusing to allow the FBI to view a classified four-page memo that GOP members say shows abuse by the bureau of government surveillance powers.

“Well, yeah, they’re the ones that had the problem,” Rep. Mike Conaway (R-Texas) said Tuesday, when asked why the bureau’s request to see the document is being denied.

Texas Gov. Greg Abbott (R) is urging President Trump to approve federal funding for a family planning program that excludes Planned Parenthood and other abortion providers, a move that could set off a wave of similar actions in other red states.

Abbott argued that his state's program is consistent with policies the Trump administration announced last week, when it rescinded Obama-era guidance protecting abortion providers from such actions.

Lou Dobbs: 'May be time to declare war' on 'deep state' 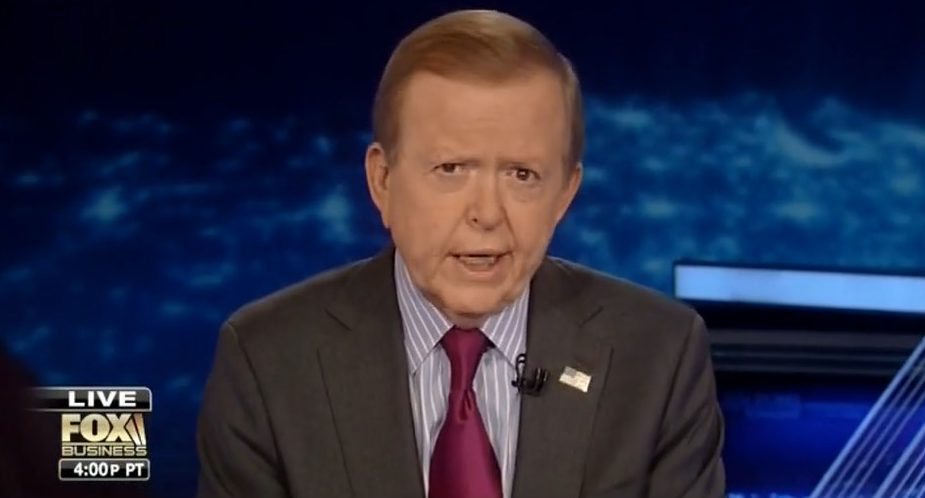 Fox Business host Lou Dobbs said it is “time to declare war” against the “deep state” he says is present in the FBI and Justice Department.

“It may be time to declare war outright against the deep state and clear out the rot in the upper levels of the FBI and the Justice Department,” Dobbs said Tuesday. “Yes, I said ‘the rot.’”

Dobbs is the latest in a series of conservative media figures to speak about the “deep state,” alleging that high-level officials in U.S. intelligence agencies are conspiring to take down President Trump.

Ugandan President: 'I Love Trump' For Speaking 'Frankly' With Africans 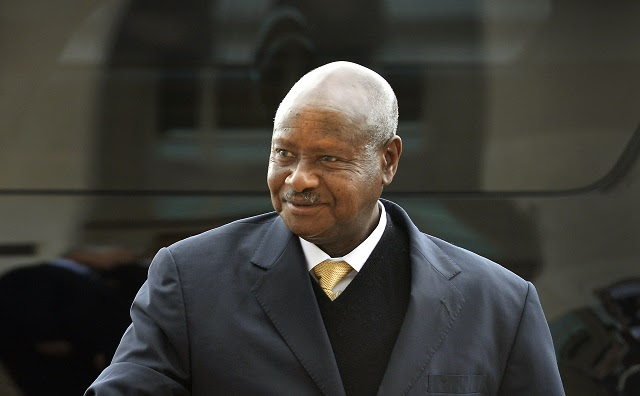 Ugandan President Yoweri Museveni said Tuesday at the East African Legislative Assembly in Uganda that he "loves" President Donald Trump because "he talks to Africans frankly."

"America has got one of the best presidents ever. Mr. Trump. I love Trump," Museveni said. "I love Trump because he talks to Africans frankly. I don't know if hes misquoted or whatever, but when he speaks I like him because he speaks frankly."

"The Africans need to solve their problems. They need to be strong. In the world, you can not survive if you are weak," he said. "And it's the fault of the Africans that they are weak, because they've got this huge continent, if you look at Africa, Africa is 12 times the size of India, in terms of land area, lots of resources, and the population is growing now. Why can't we make Africa strong?"


Sen. Ron Johnson, R-Wis., said on Tuesday he had an "informant" corroborate reports concerning the existence of an FBI "secret society" working to undermine President Trump.

"What this is all about is further evidence of corruption, more than bias, but corruption at the highest levels of the FBI," Johnson told Fox News' Bret Baier.

"Now a secret society? We have an informant that's talking about a group that were holding secret meetings off site. There is so much smoke here, there is so much suspicion," the senator continued.

Court documents recently filed by the government further rock the credibility of Russia Special Counsel Robert Mueller because they show that as FBI Director Mueller he worked to cover up the connection between a Florida Saudi family and the 9/11 terrorist attacks. The documents reveal that Mueller was likely involved in publicly releasing deceptive official agency statements about a secret investigation of the Saudis, who lived in Sarasota, with ties to the hijackers. A Florida journalism nonprofit uncovered the existence of the secret FBI investigation that was also kept from Congress.

Under Mueller’s leadership, the FBI tried to discredit the story, publicly countering that agents found no connection between the Sarasota Saudi family and the 2001 terrorist plot. The reality is that the FBI’s own files contained several reports that said the opposite, according to the Ft. Lauderdale-based news group’s ongoing investigation. Files obtained by reporters in the course of their lengthy probe reveal that federal agents found “many connections” between the family and “individuals associated with the terrorist attacks on 9/11/2001.” The FBI was forced to release the once-secret reports because the news group sued in federal court when the information wasn’t provided under the Freedom of Information Act (FOIA).

The Justice Department on Wednesday threatened to subpoena 23 jurisdictions if they don’t turn over information about their "sanctuary" policies -- triggering a backlash from mayors across the country who pulled out of a White House meeting.


In letters to New York City, Chicago, San Francisco and other jurisdictions, the Justice Department demanded records relating to whether these localities are "unlawfully restricting information sharing by law enforcement officers with federal immigration authorities."

“I continue to urge all jurisdictions under review to reconsider policies that place the safety of their communities and their residents at risk,” Attorney General Jeff Sessions said in a statement.