Via Knuckledraggin' My Life Around

Posted by Brock Townsend at Friday, March 22, 2019 No comments: Links to this post

Another Day In Trump's America

Posted by Brock Townsend at Friday, March 22, 2019 6 comments: Links to this post

The Czechoslovakian composer Antonin Dvorak moved to the United States in 1892, and immersed himself in American music while composing his New World Symphony.  Although he was fascinated, inspired, and moved by traditional Southern folk music, Dvorak complained that he simply couldn’t tell the difference between Scottish music and Negro music.  Wait, what?  How could a professional musician and composer get those two things mixed up?  The answer, of course, is found hiding behind our 21st  century misconceptions as to what 19th century music must have sounded like.  And most Americans have a terrible tendency to separate Southern musical culture into social and political categories, which leads to obviously ridiculous contradictions.


More @The Abbeville Institute
Posted by Brock Townsend at Friday, March 22, 2019 No comments: Links to this post

Fox News just released a bombshell report about the extent of FISA abuse at the FBI during the 2016 presidential election.

The first big news details how a DOJ official issued reservations about going forward with surveillance on Trump campaign associate Carter Page. The individual cited that the source behind the FBI's justification for doing so, British Spy Christopher Steele, was biased. The FBI kept pushing for it anyway and were eventually successful. Text messages between former FBI attorney Lisa Page and fired FBI Deputy Director Andrew McCabe tell the story. From the report:

Editor’s Note: During the height of the Silent Sam protests in the Summer of 2017, Jonathan Harris went to the statue and talked with the people wishing to tear down the monument. This is his story.

Maybe it was Southern heritage, the honor of a family name, or Christian conviction. Or perhaps I just needed to prove something to myself. More than likely, it was a combination of ingredients that motivated me to confront the social justice warriors staging a non stop sit-in below the Silent Sam statue at UNC Chapel Hill. The statue itself, depicting a student enlisted in the Confederate army, had stood for 104 years, originally erected in honor of the 50th year anniversary of the beginning of the War Between the States and paid for by fund-raises sponsored by the United Daughters of the Confederacy and university alumni. Though the soldier depicted carries a rifle, it was nicknamed “Silent Sam” since the Canadian sculptor John Wilson purposefully did not include a cartridge box on the soldier’s belt making it impossible to fire the figurative weapon. Sam stands to this day right by the Battle-Vance-Pettigrew building facing North, a symbol of the university students who withdrew from their studies in order to protect their homes, state, and country.


More @ The Abbeville Institute
Posted by Brock Townsend at Friday, March 22, 2019 No comments: Links to this post

‘Us’ Review: Intense Warning About the Horrors of Socialism


Had it remained faithful to the home invasion genre, Us would have stuck the landing a tad better. Instead, it has scope and mythology.

Writer-director-producer Jordan Peele is a storyteller with ambitions, ideas, something to say, and for that reason the last 20 or so minutes lose their intensity in all the explaining.

Over-explaining, actually, isn’t altogether a bad thing for those of us eager to see a mainstream film that is not only unreservedly pro-American, but fiercely anti-socialist.


More @ Breitbart
Posted by Brock Townsend at Friday, March 22, 2019 No comments: Links to this post 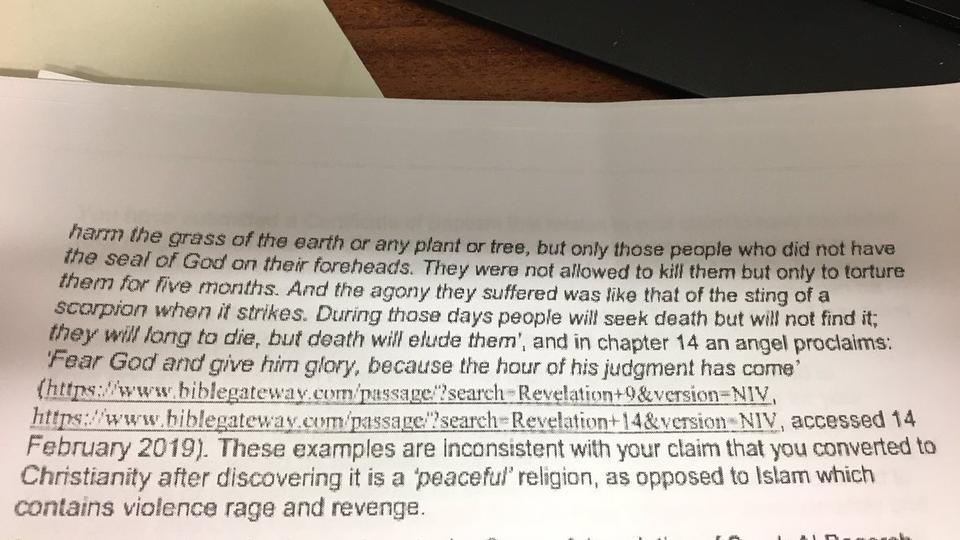 She had a great run… But she’s gone.

The UK refused entry by a Christian refugee from Iran noting on their decision that Christian “is too violent.”

Meanwhile, the UK welcomed 400 ISIS fighters back home into the country in 2017.


More @ The Gateway Pundit
Posted by Brock Townsend at Friday, March 22, 2019 No comments: Links to this post

Posted by Brock Townsend at Friday, March 22, 2019 2 comments: Links to this post 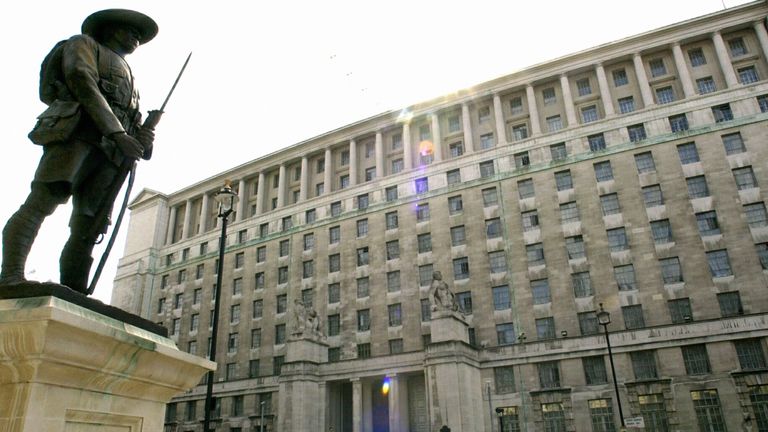 Operation Redfold will direct some 3,500 military personnel who have been put on standby for a no-deal scenario.

The armed forces have activated a team in a nuclear-proof bunker under the Ministry of Defence as the government prepares next Monday to enter "very high readiness mode" for a no-deal Brexit, Sky News can reveal.

Control of overall planning for the impact of the UK leaving the European Union without a withdrawal agreement next week shifts from the Cabinet Office to the government's emergency committee Cobra.

More @ Sky News
Posted by Brock Townsend at Friday, March 22, 2019 No comments: Links to this post 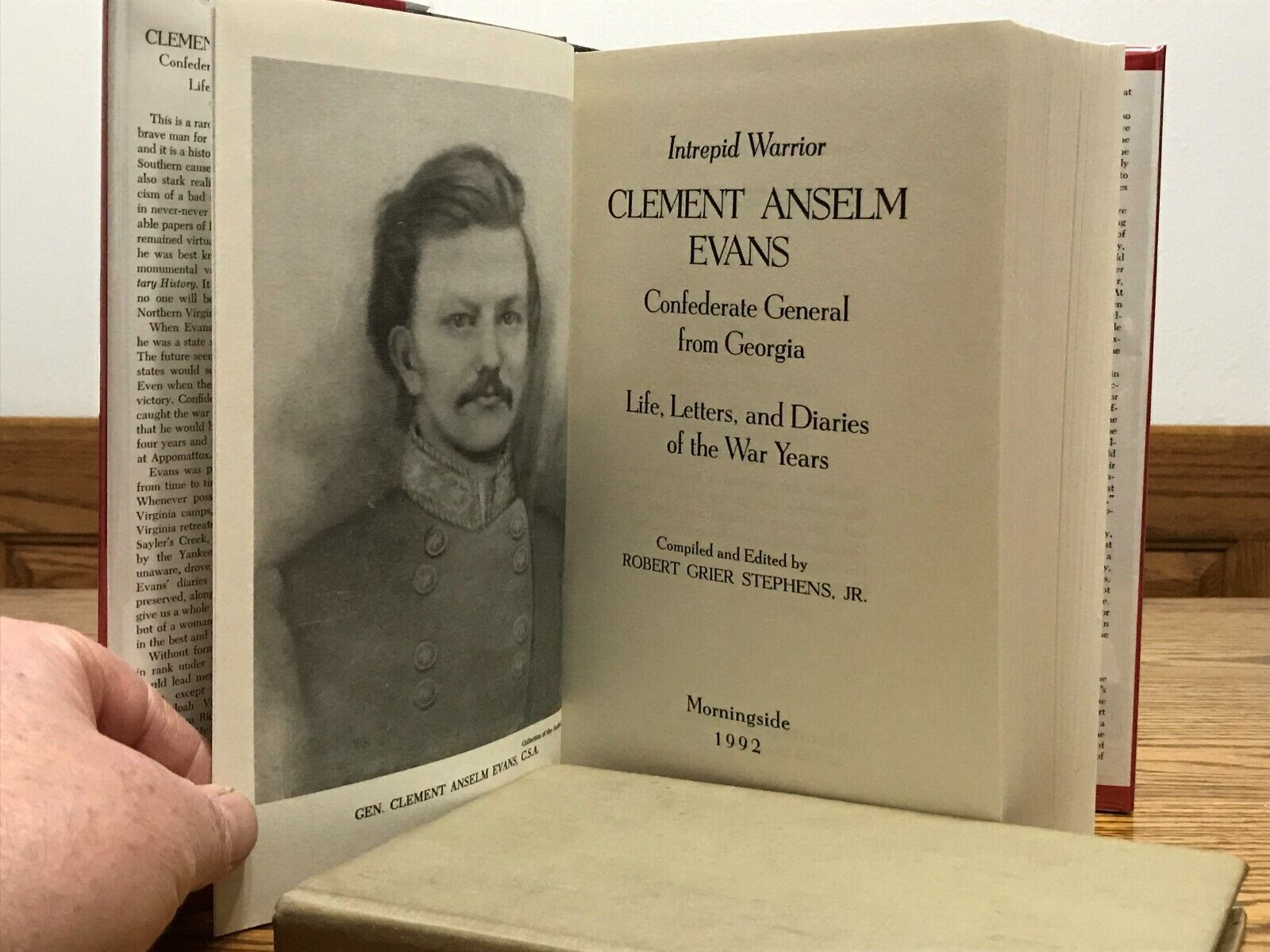 General Clement A. Evans was born in Stewart County, Georgia in 1833, 100 years after the colony had been founded by Oglethorpe, and during the nullification crisis. He was wounded five times during the war and commanded Lee’s rearguard during the evacuation of Petersburg in April 1865. During Lee’s advance toward Gettysburg in mid-1863, he wrote of “coarse” Pennsylvania women “evidently accustomed to labor,” and that “people say that volunteering for Lincoln’s army is over with and that young men will hide from the draft.”
Bernhard Thuersam, www.Circa1865.org  The Great American Political Divide

Marched from Waynesboro toward Chambersburg [Pennsylvania] passing through Quincy, Funkstown & other small villages. Encamped near Greenwood, on the Baltimore and Chambersburg turnpike. The class of Pennsylvanians met on this route do not impress one favorably. We find them generally living in pretty good style, but coarse, uneducated and apparently having little knowledge of the outside world. Some of them have never seen a cannon and expressed great anxiety to see the big guns.

The Southern troops were considerably surprised at the rough and profane language of the Pennsylvania belles. To us who never heard a rough word from the lips of a Southern lady, it sounds very strange to hear these Northern women curse – Considerable alarm is manifested at our approach. In some instance citizens leave their houses to our mercy, but I am glad to write that generally the orders have been observed.

The citizens supply our troops too liberally with the article of whiskey. Certainly they can ruin our army by the liberality of that sort unless the orders are enforced. In Quincy, the merchants were selling their goods to our soldiers, taking Confederate money freely.

The country we have passed through resembles the Valley of Virginia. But we have reached a much poorer region, settled by poorer people.

Went with the picket to their posts and took dinner with a Pennsylvania Dutch Lady. Talked to some of the peace Democrats. They appear to be very hostile to the Abolitionists & in favor of Peace. They hope for a restoration of the Union by a peace policy.

The soldiers are behaving well. These people who have been unaccustomed to an army think that the loss of a beehive or a dozen poultry quite a hardship. They ought to see the Virginia farms despoiled, houses burned, Negroes run off, women and children turned out of doors – then they would not complain.”

The executive order is a fulfilled promise; Trump suggested, at the Conservative Political Action Conference (CPAC), held earlier this month, that he planned to mandate that colleges and universities respect students' right to free speech, particularly as it relates to accepting conservative speakers on campus. Today's order reflects that intent.

"We’re here to take historic action to defend American students and American values," Trump said, according to Fox News. "They’ve been under siege."


More @ The Daily Wire
Posted by Brock Townsend at Friday, March 22, 2019 2 comments: Links to this post