January 2015
Posted by Brock Townsend at Wednesday, February 25, 2015 2 comments: Links to this post

50 Years of Music in North Carolina
Posted by Brock Townsend at Wednesday, February 25, 2015 No comments: Links to this post

A new poll shows that Latinos overwhelmingly support President Barack Obama’s executive action on immigration — but the numbers are not as clear cut as the White House would hope.

The Gallup poll says that Latinos back Obama’s plan by 64 percent to 28 percent, compared to Americans overall, who disapprove of the measure by 51 percent while 41 support it.

But The Washington Post pointed out that the results are “misleading” because Obama’s order is only exceedingly popular among one single group of Hispanics — Hispanic immigrants.

Latino immigrants approve of the president’s action by 75 percent to 17 percent, while Hispanics born in the United States are "relatively evenly split" on the measure, 51 percent  who are in favor and 42 percent who disapprove, the Post reports.

"It's hardly a resounding stamp of approval for the executive action from non-immigrant Hispanics," wrote the Post’s Aaron Blake in The Fix, the political commentary section.
"And that matters, electorally speaking. That's because Hispanics who are born in this country are much more likely to be Hispanic voters. 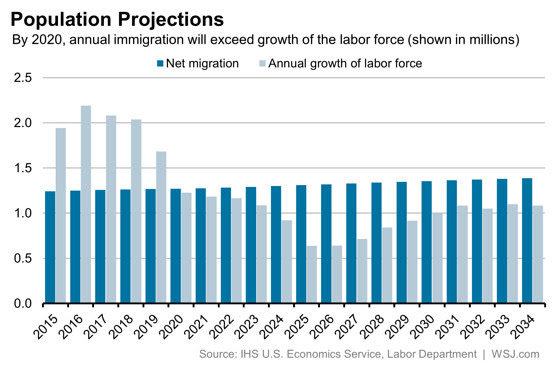 Hispanics will occupy more than 75 percent of new jobs in the United States between 2020 and 2034 — which amounts to 11 million jobs, according to the results of a new study.

The IHS study concluded that employment growth among the Hispanic population will average 2.6 percent per year over the next 20 years. During that same time frame, according to the data, growth in the non-Hispanic workforce will fall to almost nothing, meaning Hispanics will make up 23 percent of all U.S. employment by 2034. In 2014, that figure was 16 percent.
Other findings include the number of Hispanics that speak Spanish at home, which will rise from 36.9 million to 55.4 million by 2034, and the theory that an increased amount of immigrants flocking to the U.S. will help strengthen the U.S. economy. 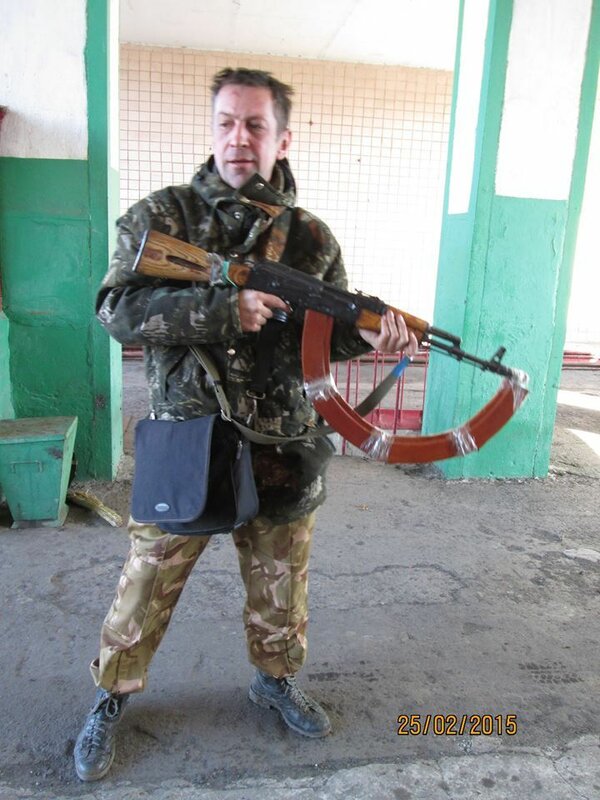 Posted by Brock Townsend at Wednesday, February 25, 2015 6 comments: Links to this post

Posted by Brock Townsend at Wednesday, February 25, 2015 9 comments: Links to this post

Within hours, he had been released with no criminal charges, his wife informed supporters.

Liberty advocate Kit Lange has fleshed out further details of the arrest on the website for The Patrick Henry Society. The “co-organizer of Arms Expo 2015 was arrested this morning outside the federal courthouse in Spokane as he attended a states’ rights rally with his family,” Lange reports.

The whiz kids of Silicon Valley are celebrating the GOP’s apparent collapse on Net Neutrality. The New York Times exults: “the little guys appear to have won.” It omits that the “little guys” are some of the richest people in America, and–by their own lights–the smartest. The odd thing is that the nerds who have an app for everything seem to be unable to explain what Net Neutrality actually is, and why we need it. Case in point: Tuesday’s epic failure by Tumblr CEO David Karp on CNBC.

Karp, who was brilliant enough to build a company that he sold to Yahoo for $1.1 billion, could not answer the most basic questions about Net Neutrality.

He could not explain why the government needs to regulate the Internet’s traffic to save it from the success that has enabled him, and others like him, to become wealthy beyond their wildest dreams.

He could not explain why a company like AT&T, which has invested in the infrastructure to make the Internet much faster and more accessible, should be barred from charging prices that would allow it to recoup its investment from those willing to pay.

Amidst the incoherent verbal muddle in which he entangled himself, Karp managed to offer two somewhat intelligible arguments: one, that consumer demand for faster Internet speeds would make up somehow for the fact that established companies would no longer build the infrastructure to carry the traffic; two, that those who disagreed with him were lying. 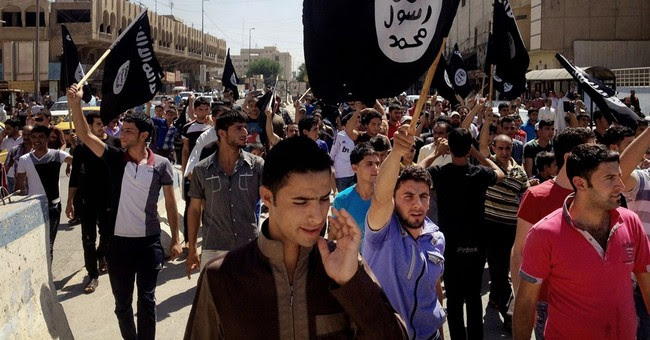 Three men were arrested Wednesday on charges of plotting to travel to Syria to join the Islamic State group and wage war against the U.S., and federal officials said one of them spoke of attacking President Barack Obama or planting a bomb on Coney Island.

They are charged with attempt and conspiracy to provide material support to a terrorist organization. If convicted, each faces a maximum sentence of 15 years in prison. 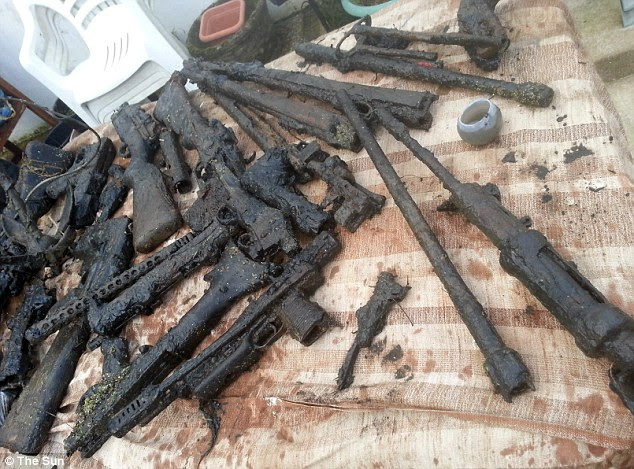 Trawling through the water with a magnet, schoolboy James Cork had only expected a modest haul of scrap metal.

But, last week, the 16-year-old from Somerset stumbled across a rather more shocking discovery – a hidden cache of 40 deadly weapons.

The arsenal of rusting and grubby guns dating back to the Second World War included a Browning .50 machine gun, which could take down a helicopter, and an M16 assault rifle.

An expert has suggested the guns may have belonged to the IRA and could have been dumped when they were meant to be declaring their arms in 2001.

More @ Daily Mail
Posted by Brock Townsend at Wednesday, February 25, 2015 No comments: Links to this post 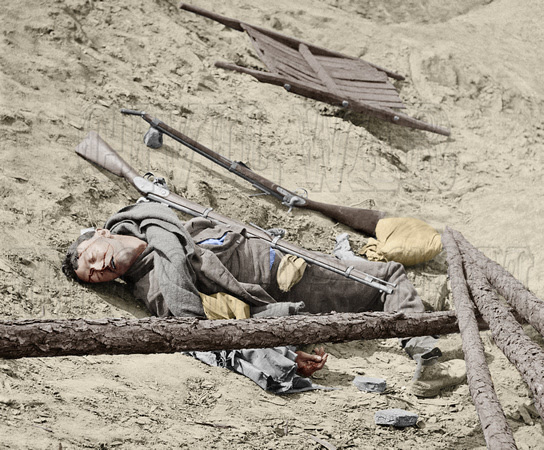 The Attack On Fort Stedman

Ever since the supposed end of the War of Northern Aggression (it never truly ended because it was a culture war) in 1865 it has been the main chore of the Yankee/Marxist propaganda mills to make sure the Southern people never felt good enough about themselves or their Cause that they would stand up and defend either their Cause or themselves. These subversive tactics ranged everywhere (and they are blatantly apparent in our day) from the removal of Confederate flags, statues and even street and park names to trying to make Southern folks feel guilty about their Southern accents.

Deep Water ICW Home with private Canal-Dock, Pool, Waterfront Deck, Bulkhead and much more – Right across from Emerald Isle – One of the best lots in Cape Carteret.

This situation could not be duplicated today.  A grandfathered canal-dock and bulkhead that encircles the waterfront of this .88-Acre lot, would not be allowed under current regulations, but is yours to enjoy going forward.

The modern 2898 square foot 4 Bedroom 3 Bath home has a beautiful 1996 addition with huge windows to take advantage of the stunning views of the sound and ICW and features a pool and a detached 2-story building useable as a garage/boat storage, workshop, office space and extra rooms for overflow guests.  No HOA fees, low Carteret County taxes and county water in addition to a private well for the pool and irrigation add to the desirability of this private mini-estate.  A chance of a lifetime to name your price on a wonderful deep-water coastal retreat.
Posted by Brock Townsend at Wednesday, February 25, 2015 2 comments: Links to this post

"Not only is Obama not a Patriot, he is a pathological narcissist.....

......which is to say his devotion does not extend to anybody or anything beyond himself and his compressed and distorted perception of reality. And that reality has been shaped, first and foremost, by a long list of Marxist mentors and self-anointed prophets of hate.

Obama is, in fact, the antithesis of a Patriot."


More @ The Patriot Post
Posted by Brock Townsend at Wednesday, February 25, 2015 No comments: Links to this post 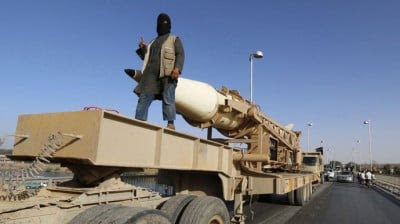 GR editor’s Note
There are no reports in the Western mainstream media pertaining to this issue.

This report is based on statements emanating from the Iraq parliament, with photographic evidence. We have not been in a position to corroborate this report by FARS  News.

Iraq’s army has shot down two British planes as they were carrying weapons for the ISIL terrorists in Al-Anbar province, a senior lawmaker disclosed on Monday.

“The Iraqi Parliament’s National Security and Defense Committee has access to the photos of both planes that are British and have crashed while they were carrying weapons for the ISIL,” Head of the committee Hakem al-Zameli said, according to a Monday report of the Arabic-language information center of the Islamic Supreme Council of Iraq.

He said the Iraqi parliament has asked London for explanations in this regard.

The Solution Is the Constitution, Not Article V


The federal government … can do most anything in this country."

Back in the tumultuous days of ObamaCare town hall meetings in the summer of 2010, a constitutionally astute attendee at a Hayward, California, town hall asked her congressman, Pete Stark, a very pointed question: “If this [ObamaCare] legislation is constitutional, what limitations are there on the federal government’s ability to tell us how to run our private lives?”

After a long pause, the congressman haltingly answered, “I think that there are very few constitutional limits that would prevent the federal government from rules that could affect your private life.”

His questioner interrupted, saying, “The Constitution specifically enumerates certain powers to the federal government and leaves all other authority to the states or the people.... So my question is, how can this law be constitutional? But more importantly than that, if they can do this, what can’t they?”

At this point, the audience burst into enthusiastic applause.

After the applause died down, Stark answered her with this now-famous response: “The federal government, yes, can do most anything in this country.”

Then, speaking over the numerous disapproving catcalls of the audience, the intrepid questioner summed up: “You sir, and people who think like you, are destroying this nation!”

Once more, the audience burst into vigorous applause.


More @ The New American
Posted by Brock Townsend at Wednesday, February 25, 2015 No comments: Links to this post

The administration this year hasn’t been able to find enough illegal immigrants to fill the 34,000 detention beds the law requires, as President Obama’s new policies kick in and agents spend more time and money going after each immigrant they do detain.

As of Jan. 25, U.S. Immigration and Customs Enforcement was averaging just 27,000 detainees a day for fiscal 2015, which began Oct. 1. That means more than 20 percent of its capacity was going unused so far this year — even as the administration faces questions over immigrants it has released, who have gone on to commit crimes later.

Deportations are also down dramatically, according to Jessica Vaughan, who studies enforcement trends for the Center for Immigration Studies, and who told Congress on Wednesday that the administration deported fewer than 20,000 immigrants in December, which is about 50 percent lower than its usual pace for the month over the last few years.


More @ The Washington Times
Posted by Brock Townsend at Wednesday, February 25, 2015 No comments: Links to this post

Rosen was arrested for “use of a communication device to solicit a juvenile,” Caldwell said.
The sheriffs department has not released the sex or age of the juvenile.


More @ The Blaze
Posted by Brock Townsend at Wednesday, February 25, 2015 4 comments: Links to this post