Nine Reasons Why Hitler Believed That D-Day Was a Feint One of the most extraordinary things about the D-Day landings of 1944 was Hitler’s response. The German Fuhrer was utterly convinced the attack was a feint. Even as thousands of Allied troops stormed the beaches of Normandy and headed inland, he remained certain the real attack was still to come. He was so sure the Allies would land in the Calais region that he held back troops there for vital weeks after the invasion.

Why was he so thoroughly convinced?

When the Deep North tried to secede It was the purchase of Louisiana, therefore, which gave impetus to a plan which had been creeping upon New England, aided and stimulated by the Essex Junto. They agreed that the inevitable consequences of the annexation of this vast territory would be to diminish the relative weight and influence of the Northern section; that it would aggravate the evils of slave representation and endanger the Union by the enfeebling extension of its line of defense against foreign-invasions. But the alternative to annexation was,—Louisiana and the mouth of the Mississippi in the possession of France under Napoleon Bonaparte.

The acquisition of Louisiana, although the immediate cause for this project of disunion, was not its only, nor even its most operative cause. The election of Mr. Jefferson to the Presidency had meant to those swayed by sectional feelings the triumph of the South over the North,—of the slave representation over the free. On party grounds it was the victory of professed democracy over Federalism. Louisiana was accepted as the battle ground, however, and from that point the war was waged.

More @ The Abbeville Institute
Posted by Brock Townsend at Friday, May 04, 2018 No comments:


Rep. Ron DeSantis responded to Deputy Attorney General Rod Rosenstein telling critics in Congress they must be careful while commenting on his job.

Rosenstein named Robert Mueller the special counsel to investigate the Trump-Russia matter, while also being the author of a letter recommending the firing of then-FBI Director James Comey.

"Rod Rosenstein has a peculiar view of the Constitution and rule of law," said DeSantis, a Republican from Palm Coast who is running for governor this year.

"The rule of law [to Rosenstein] is whatever arbitrary decision is made by him [or] others in his department," DeSantis said. 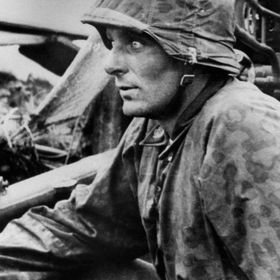 Part of Hitler’s appeal to the German people was his ability to flatter them. According to him, Germans were Ubermensch (superhuman) and therefore had the right to dominate and eliminate others. Believing him, people strove to prove him right; with some spectacular results.

Among them was Fritz Christen who was born on June 29, 1921, in Wredenhagen, Germany. Due to the hardships that followed Germany’s loss in WWI and the effects of the Great Depression, his family suffered.

In time, they shortened their name to National Socialism. Everyone else called them “Nazis” as Germans pronounce “national” as NAH-tsee-yo-NAL.

President Trump has asked the Pentagon to look at options for reducing the number of U.S. troops stationed in South Korea as he prepares to meet with North Korean leader Kim Jong Un, The New York Times reports.

The U.S. has roughly 28,000 soldiers stationed on the Korean peninsula. It’s unclear if the plans will call for a full or partial withdrawal of troops.

Some at the Pentagon are concerned that bringing troops home from South Korea ahead of Trump’s meeting with Kim could create tensions with neighboring Japan, the Times reported. 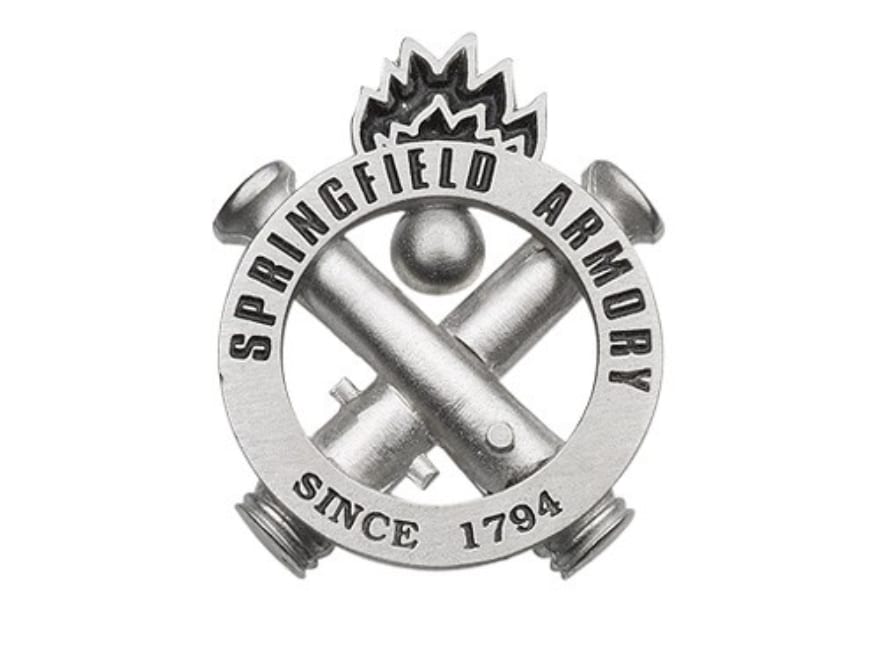 I’m sure many are like me, tired of just watching as our rights are stripped. I’ve begun writing letters to gun manufacturers and also ammunition manufacturers. I am requesting they sever all business with Dick’s also with Field and Stream. I was going to email, but most companies now have it almost impossible to just email them. I bought a box of envelopes, 100 stamps and am mailing physical letters. I’m guessing they carry more impact anyway. I will put a copy of the letter I am sending. Feel free to use it as is, or any part of it.

As a gun owner and sportsman, I am appalled at “Dick’s Sporting Goods” hiring of Pro-Gun Control lobbyists to further restrict our Second Amendment Rights. As a manufacturer, I hope you will also help us sportsmen defend our liberty. In that regard, I urge you to consider severing ties with “Dick’s Sporting Goods” and their affiliate “Field and Stream.” I do understand business needs. However, I think the support you would receive from the sporting community would far exceed any minor loss from not selling to Dick’s or Field and Stream. Thank you, for your consideration in this issue. 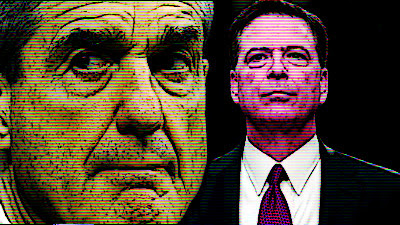 Robert Mueller has a long and sordid history of illicitly targeting innocent people. His many actions are a stain upon the legacy of American jurisprudence. He lacks the judgment and credibility to lead the prosecution of anyone.


I do not make these statements lightly. Each time I prepared to question Mueller during Congressional hearings, the more concerned I became about his ethics and behavior. As I went back to begin compiling all of that information in order to recount personal interactions with Mueller, the more clearly the big picture began to come into focus.

At one point I had to make the decision to stop adding to this compilation or it would turn into a far too lengthy project. My goal was to share some firsthand experiences with Mueller -- as other Republican Members of Congress had requested -- adding, “You seem to know so much about him.” 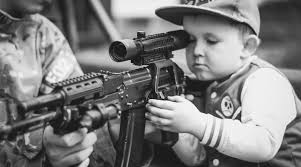 Springfield Armory is severing ties with Dick’s Sporting Goods and its subsidiary, Field & Stream, in response to their hiring a group for anti-Second Amendment lobbying.

This latest action follows Dick’s Sporting Goods’ decision to remove and destroy all modern sporting rifles (MSR) from their inventory. In addition, they have denied Second Amendment rights to Americans under the age of 21. We at Springfield Armory believe that all law abiding American citizens of adult age are guaranteed this sacred right under our Constitution.

It is clear where Dick’s Sporting Goods and its subsidiary, Field & Stream, stand on the Second Amendment, and we want to be clear about our message in response. Their position runs counter to what we stand for as a company. At Springfield Armory, we believe in the right and principles fought for and secured by American patriots and our founding forefathers, without question.

A federal judge on Friday harshly rebuked Special Counsel Robert Mueller’s team during a hearing for ex-Trump campaign chairman Paul Manafort – suggesting they lied about the scope of the investigation, are seeking “unfettered power” and are more interested in bringing down the president.
"You don't really care about Mr. Manafort,” U.S. District Judge T.S. Ellis III told Mueller’s team.

“You really care about what information Mr. Manafort can give you to lead you to Mr. Trump and an impeachment, or whatever."

Further, Ellis demanded to see the unredacted “scope memo,” a document outlining the scope of the special counsel’s Russia probe that congressional Republicans have also sought. If Donald Trump does not wish to collaborate in the destruction of his presidency, he will refuse to be questioned by the FBI, or by a grand jury, or by Special Counsel Robert Mueller and his malevolent minions.

Should Mueller subpoena him, as he has threatened to do, Trump should ignore the subpoena, and frame it for viewing in Trump Tower. If Mueller goes to the Supreme Court and wins an order for Trump to comply and testify to a grand jury, Trump should defy the court.

The only institution that is empowered to prosecute a president is Congress. If charges against Trump are to be brought, this is the arena, this is the forum, where the battle should be fought and the fate and future of the Trump presidency decided.

The End of an Era: Lynyrd Skynyrd 's Last of the Street Survivors Farewell Tour

The guitarist told the Tampa Bay Times that doctors have been urging him to get off the road for 15 years. Over that time, he's had more than one widely reported heart attack, but that doesn't tell the whole story. "I’ve had heart attacks onstage a lot," he confirmed.

More @ Ultimate Class Rock
Posted by Brock Townsend at Friday, May 04, 2018 No comments:

So, either Rudy Giuliani screwed the pooch, or he saved Michael Cohen and the president. There’s not much in-between.

Last night, on Hannity, Giuliani made several claims. First, he claimed that Cohen’s payoff to Stormy Daniels had nothing to do with the election campaign — it was just a normal guy’s-lawyer-paying-off-the-porn-star-he-screwed-a-decade-ago arrangement, unfortunately timed for a month before the election. Second, he claimed that Trump had repaid Cohen in installments, presumably through his monthly retainer. Third, he claimed that Trump didn’t know why he was reimbursing Cohen — it had just been an “expense.”

Last winter, on the outskirts of a large U.S. city, an FBI hostage rescue team set up an elevated observation post to assess an unfolding situation. Soon they heard the buzz of small drones — and then the tiny aircraft were all around them, swooping past in a series of “high-speed low passes at the agents in the observation post to flush them,” the head of the agency’s operational technology law unit told attendees of the AUVSI Xponential conference here. Result: “We were then blind,” said Joe Mazel, meaning the group lost situational awareness of the target. “It definitely presented some challenges.”

Hornady Manufacturing and Federal Premium Ammunition are pleased to announce that the FBI awarded both companies with contracts for duty and training ammo. The contracts will run for up to the next five years.

They are Infinite Delivery/Infinite Quantity contracts and reflect well on both companies. The Federal Premium contract is worth up to $19 million and the Hornady as much as $35 million.

Here are the top-ten states:

More @ Guns America
Posted by Brock Townsend at Friday, May 04, 2018 No comments: 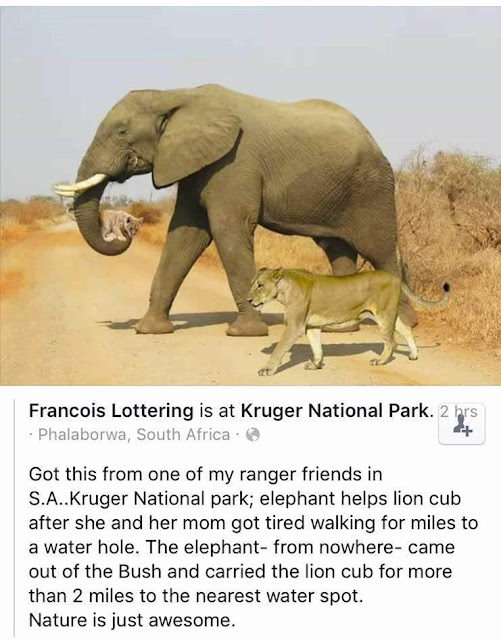