An excavation the Ness of Brodgar, a Neolithic archaeological site on the Orkney island of Mainland, has unearthed the glossiest stone axe I’ve ever seen, and prehistoric axes are one of my obsessions so I’ve seen quite a few. Even the professional archaeologists from the Ness of Brodgar Trust and the Archaeology Institute of the University of the Highlands and Islands (UHI) who have been excavating the site for years and have seen far more Neolithic axes than I were struck by the sheer beauty of this piece.


More @ The History Blog
Posted by Brock Townsend at Sunday, August 12, 2018 No comments: 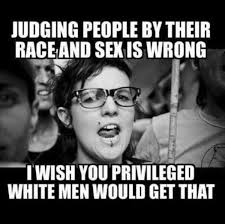 NAACP, a black ethno advocacy group is shocked and outraged.

All this and more... Hypocrisy at Eleven.
Posted by Brock Townsend at Sunday, August 12, 2018 2 comments:

As The Gateway Pundit reported earlier this morning, the Karen Monahan’s son accused Democrat Party Deputy Chair Keith Ellison of abusing his mother while they were in a relationship.

Fellow Democrat and Minnesotan running against Ellison in the AG primary, Debra Hilstrom, shared the viral Facebook post and demanded that Ellison address the allegations.

Austin Monahan describes seeing video of Keith Ellison –Screaming “f*cking bitch!” and dragging his mother off a bed by her feet!


More @ The Gateway Pundit
Posted by Brock Townsend at Sunday, August 12, 2018 No comments:

'What are they hiding?' asks president.

President Trump questioned why the FBI failed to provide to watchdog group Judicial Watch with text messages belonging to former FBI Deputy Director Andrew McCabe, and warned he “may have to get involved.”

“Why isn’t the FBI giving Andrew McCabe text messages to Judicial Watch or appropriate governmental authorities,” Trump tweeted Saturday. “FBI said they won’t give up even one (I may have to get involved, DO NOT DESTROY). What are they hiding? McCabe wife took big campaign dollars from Hillary people…..”

Big Tech Shows "Net Neutrality" Battle Was About Power, Not an "Open Internet" 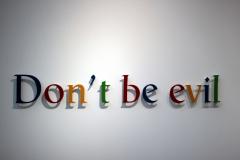 The de-platforming of Alex Jones and InfoWars is a subject that has a number of layers to it, including the responsibilities social media companies have to free speech — particularly in a world where the lines between Big Tech and Big Government are increasingly blurred. While I’ll leave others to debate those particular subjects, these developments — and reactions to it — do help provide clarity to another heated tech-related debate: the hypocrisy of “net neutrality” advocates.

But Jones’ website, apps and other online platforms have remained popular.

Some of the nation’s largest technology and social media companies have tried to stop Alex Jones and his conspiracy theories. But in a digital world, their attempts seem to have barely slowed him down.

After YouTube, Facebook and others this week removed content by Jones and his website, the InfoWars leader, talk show host and Austin resident fired back, accusing the companies of censorship and urging his audience to fight back against what he called an “unprecedented attack.”


More @ My Statesman
Posted by Brock Townsend at Sunday, August 12, 2018 No comments:

Devin Nunes: Dossier Was Created by Russian Propaganda Arm for Democrats to Spy on Trump

“LOCK HER UP!” Calls For Omarosa to be Prosecuted Grow After She Releases Secret Recording of Chief of Staff John Kelly (AUDIO)

Social media was set ablaze Sunday after Omarosa released a secret recording of Chief of Staff John Kelly firing her.

Sunday morning on “Meet the Press,” Omarosa released a secret recording of CoS John Kelly firing her from the White House.


More @ The Gateway Pundit
Posted by Brock Townsend at Sunday, August 12, 2018 No comments:

Via comment by Ron on Zogby: Secessionist Sentiment Remains a Plurality ...

NBC reporter Cal Perry was repeatedly attacked by protesters in Charlottesville, Virginia, Saturday night while covering a Black Lives Matter protest marking the one year anniversary of the deadly Unite the Right rally.