Trump orders the DOJ and DHS to look for more ways to limit the number of visa overstays.

Democrats and the Leftmedia have often sought to downplay President Donald Trump’s loudly voiced calls to tackle the problem of illegal immigration — specifically his emphasis on securing the southern border — by pivoting to point out that the “bigger” problem is visa overstays. While that is a statistically arguable observation (at least one study found that the number of visa overstays represents a higher percentage of illegal aliens than illegal border crossers do) this response is a disingenuous objection to dealing with the real crisis at the border. Why can’t both problems be addressed? Well, it appears that Trump has decided to do just that, calling the Democrats’ bluff.


More @ The Patriot Post
Posted by Brock Townsend at Tuesday, April 23, 2019 No comments:

Black Voters Turning To The Right?

How I was compared to a Nazi - then sacked: Christian teacher fired for posting a petition against transgender issues being taught at her son's CofE school 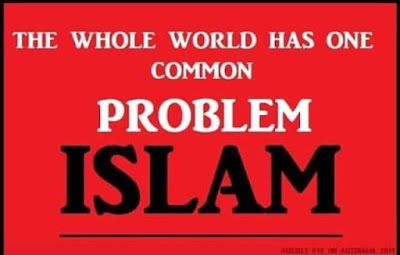 How I was compared to a Nazi - then sacked: Christian teacher fired for posting a petition against transgender issues being taught at her son's CofE school reveals the abuse she received for standing up for her beliefs** All part of the intentional parallel efforts to destroy the nuclear family, and make anyone who objects cower in fear. Related:
The Looming Danger for Dissident Professors

The Enemy the People 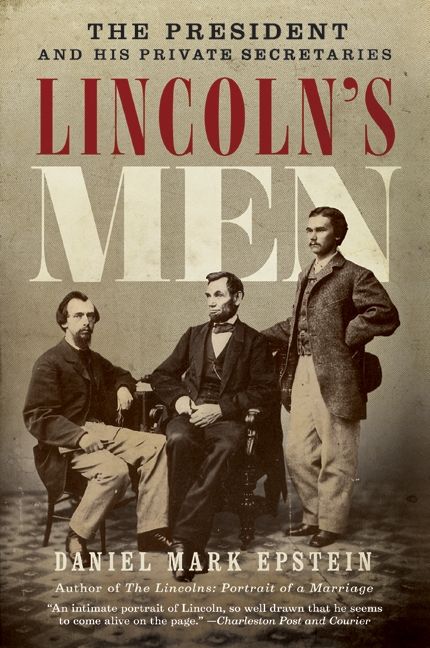 Both Generals George B. McClellan and John Pope considered each other incompetent: the former was a Democrat and therefore despised by Lincoln’s Radicals; Pope was a Republican and fawned upon by the same Radicals. Pope was dismissed after Second Manassas and achieved infamy in Minnesota with Sioux uprisings and the mass execution of 38 warriors – at Lincoln’s direction. Lincoln seemed unable to comprehend that those he called “the enemy” in the South were Americans, and tried to instill this in his commanders as they suppressed the American independence movement in the South. John Hay was one of Lincoln’s three personal secretaries. www.Circa1865.org  The Great American Political Divide

The Enemy the People

“Stanton railed against his former friend, McClellan. The man did nothing but send whining dispatches, complaints and excuses while flatly denying General Halleck’s orders to advance. At that point, Hay observed, both Stanton and Lincoln put their faith in General Pope.

Optimism prevailed in the White House at the end of the day [during the battle of Second Manassas], “and we went to bed expecting glad tidings at sunrise.”

But the next morning at eight o’clock, while Hay was dressing, a hollow-eyed, despondent Mr. Lincoln knocked at his bedroom door. “John!” he called . . . “Well John, we are whipped again, I am afraid. The enemy reinforced on Pope and drove back his left wing and he has retired to Centreville where he says he will be able to hold his men.”

As the day wore on, bringing more details of the defeat, Hay observed that Lincoln was just as defiant as he was disappointed. He kept repeating the phrase: “We must hurt this enemy before it gets away.” Church bells tolled over the city – a death knell.

The next morning it was pouring rain. Ambulances slogged through the mud with their burden of wounded and dying men on their way to Armory Square, Judiciary Square, Campbell Hospital, and thirty other military clinics recently set up around the city.

But when Hay acknowledged “the bad look of things,” Lincoln would hear no more of such talk. “Mr. Hay, we must whip these people now. Pope must fight them, if they are too strong for him he can gradually retire to these fortifications . . . if we are really whipped and to be whipped we may as well stop fighting.” Hay credited Lincoln’s “indomitable will, that army movements have been characterized by such energy and clarity for the last few days.” The President would not give in to despair.

[To Hay] it seemed impossible . . . [that McClellan] could write to the president proposing that “Pope be allowed to get out if his own scrape his own way.” A total of 1,724 Federal soldiers had died at the Second [Manassas], and 8,372 had lost arms, legs, eyes or had been otherwise mutilated by bullets or bayonets so as to be of no use to the army or anyone else for some time, if ever.” 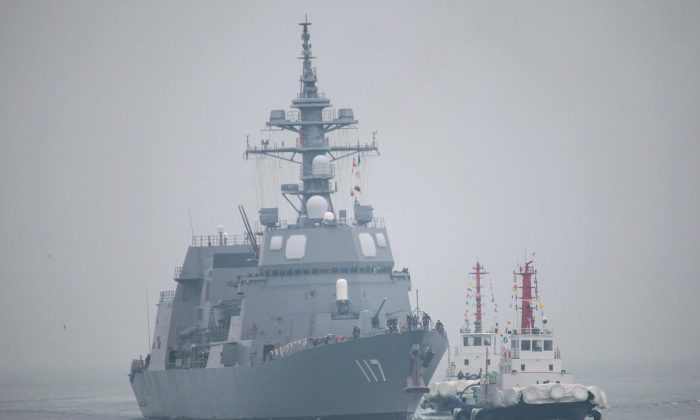 This week, China’s military propagandists are going into high gear, using the 70th anniversary of the People’s Liberation Army (PLA) Navy to hail it as a force for peace.

However, the facts demonstrate that China already is using its increasingly powerful navy to seek regional hegemony, with the future goal of achieving global military hegemony.


More @ The Epoch Times
Posted by Brock Townsend at Tuesday, April 23, 2019 No comments:

Tom Fitton
Who needs to be investigated on #Spygate and other abuses targeting @RealDonaldTrump? Partial list:

Via Reborn     "The Militia are trying to protect our country which is their right and were arrested. Two American soldiers were detained by Mexican soldier on U.S. soil. Like Lou Dobbs said, he couldn't believe the American soldier turned over his weapon to the Mexican soldiers. I couldn't either....Like Col. MacGregor said, "Mexico is an act of war and not an ally." Immigration is a form of war in which the violence is delayed."

The Mexican government is powerless to control the cartels at our border. But somehow when it comes to belligerently confronting our own soldiers on our own soil, the Mexicans seem to muster the personnel and temerity to defend their side of the border. Moreover, they apparently have the unbridled impudence to complain about armed American citizens defending our border, while they have permanently transformed our country in the worst way imaginable through their disrespect of our sovereignty. This is clearly no longer about immigration, but about a pure invasion that requires a military buildup.

Why Vietnam Isn’t Talking About 1968 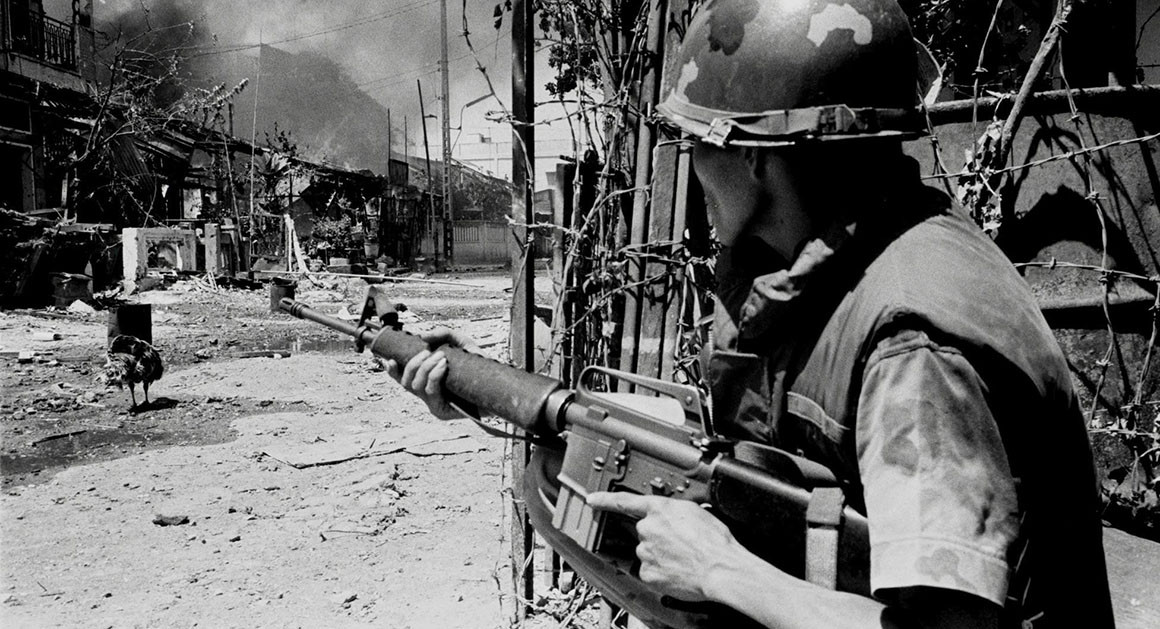 Fifty years after a turning point in the Vietnam War, the country’s communist government is stamping out public discussion of painful memories.

Ngoc Dai, a 23-year-old soldier in the People’s Army of Vietnam, was fighting the Americans near the besieged Khe Sanh combat base when his unit received elating orders. They were to emerge from the jungle, “liberate” the old imperial capital of Hue in central Vietnam and stir up a nationwide popular uprising. It was January 30, 1968, three years after President Lyndon B. Johnson had ordered 125,000 American troops to Vietnam to ward off a communist takeover of the south, and the rest of Southeast Asia. Dai and his comrades saw things differently: With nationalistic pride, they were on a mission to reunify Vietnam, launching the surprise assault on South Vietnamese and American troops now known as the Tet Offensive.