Who Won The Presidential Debate? 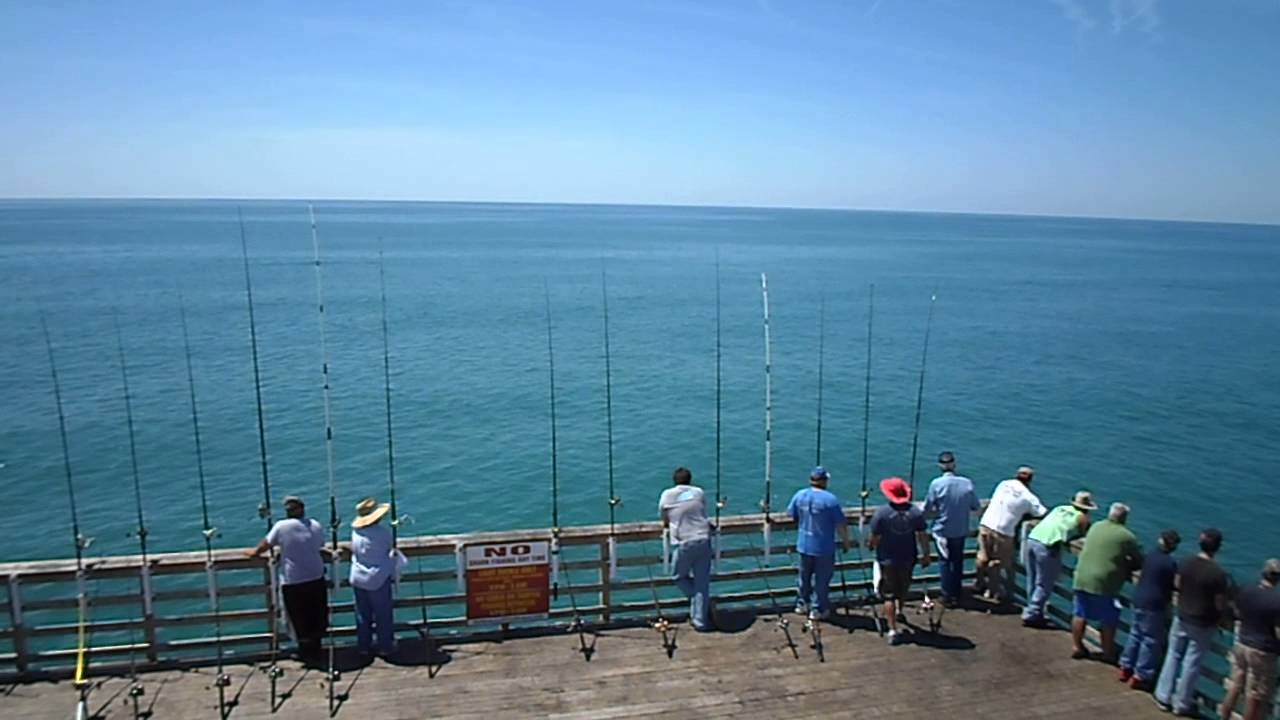 From our Tideland Times

King mackerel bite outstanding
Unbelievable the amount caught tonight as I walked the length of the pier and back.  Every few steps reveled another angler landing one.

"Trump lost, but won the election by calling her 'Madame Secretary' while she called him 'Donald."
Posted by Brock Townsend at Monday, October 03, 2016 No comments:

Gun sales hit the 17th consecutive monthly record in September according to FBI data released on Monday, and overall sales are up 27 percent compared to the same period last year.

A total of 1,992,219 background checks were processed through the bureau's National Instant Criminal Background Check System for the month of September, higher than the 1,795,102 conducted in September 2015.

The U.S. is #15 in the world of most free countries

With costly healthcare, a stereotype of obesity and a culture of creatively fatty foods, “healthy” probably isn’t the first word that comes to mind when you think of the United States.

But according to the Legatum Prosperity Index’s findings for 2015, the U.S. is the healthiest country in the world. However, when it comes to freedom, an ideal most Americans pride themselves on, the U.S. falls to 15.

So what’s the country with the most personal freedom? Canada, followed by New Zealand, Norway, Luxembourg and Iceland.

Posted by Brock Townsend at Monday, October 03, 2016 No comments:

A Rasmussen poll of 1,000 likely voters released Friday proves that New Media has done an excellent job of exposing these mainstream media fact-checkers as the left-wing frauds they really are. Rasmussen found that just 29% of those polled trust fact-checkers. A whopping 62% believe (accurately) that "news organizations skew the facts to help candidates they support."


More @ The Daily Wire
Posted by Brock Townsend at Monday, October 03, 2016 No comments: Liberals are mentally sick and should be put out of their misery.

Donald Trump sparked a furor Monday about post-traumatic stress among soldiers that news outlets and even the White House called insensitive and ignorant, though the head of a veteran’s group who asked the question called the criticism of Mr. Trump “sickening.”

Mr. Trump said he would support those kinds of programs.


More @ The Washington Times
Posted by Brock Townsend at Monday, October 03, 2016 No comments:

To make her case, Clinton let loose some angry rhetoric, heavy on class warfare. Clinton even went so far as to issue a blanket threat aimed at all businesses in America.


Clinton specifically targeted Wells Fargo … [she] did not mention she has taken $258,000 from Wells Fargo executives in the current cycle.

Speaking to a crowd weary of Toledo’s poor economy, Clinton let the audience know she blamed U.S. companies who outsource and take advantage of the tax code. Unlike Republican Donald Trump — who has proposed plans to create the economic conditions to encourage companies to stay, entice them to return, and punish them for leaving — Clinton simply threatened the business community.

Must have been whites assaulting him as we know that blacks always fight man on man....

A 17-year-old Alabama high school student is in critical condition after being assaulted this weekend.

When authorities arrived on the scene, they discovered Ogle beaten and bleeding from the head.

He was airlifted to the University of Alabama Birmingham Hospital where tests revealed three skull fractures and trauma to his shoulder.

Mosque wins $1.7M with help from Obama's DOJ: Imam once investigated for ties to 9/11 terror now has gov't support 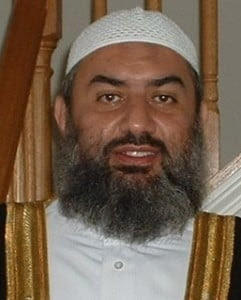 A Michigan community being sued by the Obama Justice Department and CAIR for rejecting the construction of a large Islamic school has agreed to settle out of court for $1.7 million and allow the project to go forward.

The tentative settlement agreed to by Pittsfield Township would be one of the largest cash payouts ever by a U.S. municipality to a mosque. The deal could send shock waves throughout the nation among communities fighting to keep large mosques and madrasas out of residential areas.

The settlement grants an Ann Arbor-based mosque led by a Syrian imam the right to build a 70,000-square-foot Islamic school, a residential development consisting of 22 duplex units and three single-family homes, plus a park, the Detroit News reported.

Shaykh Moataz Al-Hallak migrated to the U.S. from Syria in the 1980s and has been organizing and leading mosques ever since. The New York Times reported on Sept. 18, 2001, that Al-Hallak was “a Muslim cleric suspected of ties to the Osama bin Laden organization” and that he had been banned from preaching at a Texas mosque because he was “considered by some congregants as having an overly rigid interpretation of Muslim theology.”

On the opening day of WikiLeaks' ten year anniversary period this press conference will announce new initiatives and provide updates on publishing and legal events. Looking over the decade long body of workn staff and experts will speak of lessons learnt and future plans.

Wikileaks founder Julian Assange moved his much anticipated announcement from the balcony of the Ecuadorian embassy in London due to security concerns.

Wikileaks will now hold their announcement in Berlin, Germany.

The announcement is now scheduled for 3 AM Eastern time.

Via comment by Sioux has left a new comment on Hillary Clinton Proposed Drone Strike on Julian As... 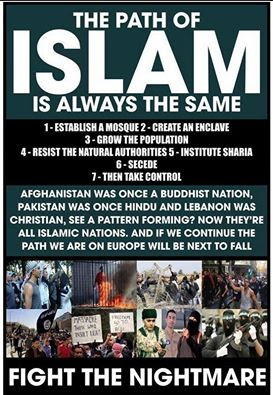 Judge Richard Posner, writing for the three-judge panel of the U.S. Court of Appeals for the Seventh Circuit, said there’s no evidence that Syrians are more dangerous, and he said even if they are, allowing Indiana to refuse to resettle them would only foist the problem onto neighboring states.
“Federal law does not allow a governor to deport to other states immigrants he deems dangerous,” Judge Posner wrote, saying the governor should instead report his fears to federal bureaucrats for redress. 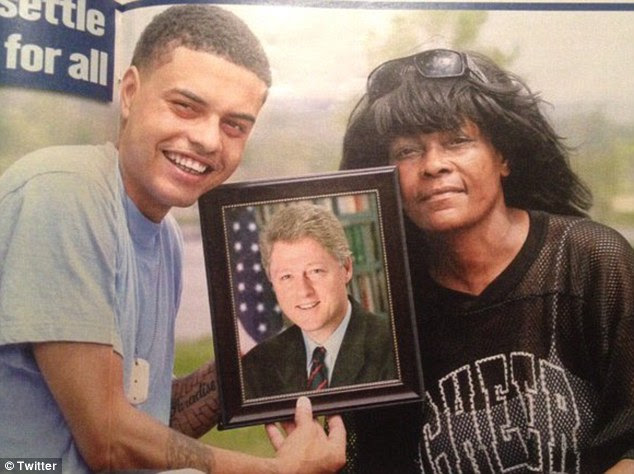 Danney's mother, Bobbie Ann Williams (right), says Bill Clinton paid her for sex on several occasions in 1984, around the time she became pregnant. When she gave birth to her son, she says she knew it was Clinton's because of her son's light skin tone. Bobbie claims Clinton was the only white client she had at the timeRumors that Bill Clinton once fathered a child with a prostitute have reemerged, as the now 30-year-old man makes a bid to have the former president recognize him as a son.

Danney Williams started a Facebook page in December, under the new name Danney Williams-Clinton, with the apparent intention of grabbing the Clintons' attention.

The claims that Danney is the former president's love child aren't new, but they haven't exactly been put to rest either.

Julian Assange and his free-speech brainchild Wikileaks were once lauded as global heroes of public service among United States politicians and policy makers. But by 2010, four years after its inception during the President George W. Bush administration, Assange and his organization were no longer considered lovable troublemakers and mavericks.

The honeymoon for the whistle-blower web site, once a darling of the Democratic Party, was now over. Even more alarming, Assange’s personal safety and organization were increasingly at risk from U.S. concerns.


Of course, liberal cranks were OUTRAGED over the stunt.

But wait…. The prankster was BLACK!

@PrisonPlanet The best part of this is all of the stupid kneejerk comments about the 'racist' man in the gorilla suit
— Audit The Media  (@AuditTheMedia) October 3, 2016

Check out his exposed leg…

Election Relevant: No Confederacy, No Republicans, But a Pale Horse 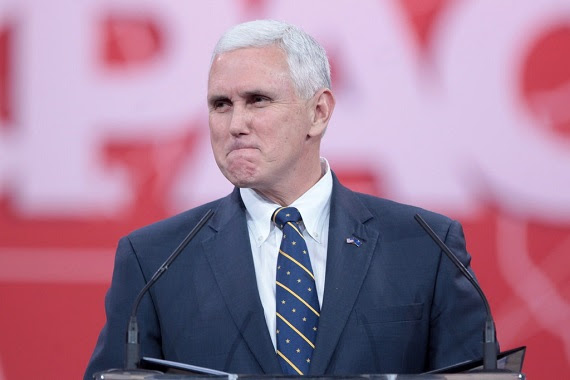 The Republican party is no more republican then the Democratic party is democratic. Both are oligarchies promoting their namesakes as if those in charge (power) have the interests of the people firmly in their hearts (with their pocketbooks in their hands).

They are both corrupt, though the Democrats have taken fraud and debasement to levels (down) not seen since Thaddeus Stevens et al. This comparison falls flat to the Republicans since if they used it they would lose their connection with “The Party of Lincoln.” So, they, the Republicans, proclaim they are the conservatives and the Democrats are the liberals. Horse dung! Neither is either. However, the affectation about avuncular, old, Honest Abe is not going to be dispelled anytime soon as long as pseudo historians like Bill O’Reilly, Rich Lowery, et al can find a publisher.

But such a proclamation is necessary to garner the Southern voters (their base as they say) while at the same time reminding Southerners how evil they have been and how such malicious and sinful conduct needs to be completely eradicated by the destruction of Confederate monuments and heroes.

I take a brief aside to mention that no one has been more dutiful of this than the Bush family.

Posted by Brock Townsend at Monday, October 03, 2016 No comments: