In the opening day of a case accusing a North Carolina sheriff of racial profiling, two retired supervising deputies testified Tuesday that their former boss told officers to take Hispanic motorists to jail over traffic violations, rather than issuing citations.


The U.S. Justice Department has accused Alamance County Sheriff Terry Johnson of using his office to violate the Constitution's promise of equal protection of law and barring unreasonable searches. U.S. District Judge Thomas Schroeder is hearing the case without a jury.

Missing US journalist James Wright Foley goes unflinching to his death as ISIS behead him in horrific video, as a warning to Obama 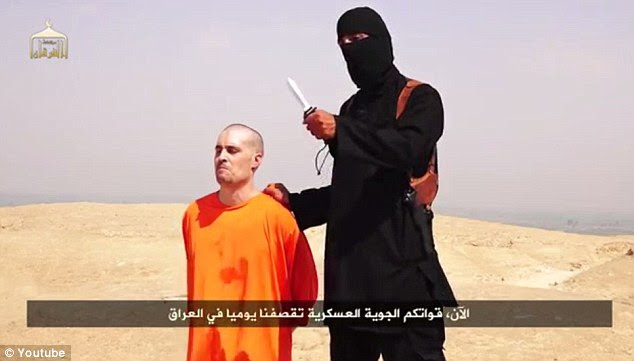 Horrific video of American freelance photo-journalist James Wright Foley, 40, being beheaded by ISIS in revenge for US airstrikes 12-days ago in Iraq was posted to the internet Tuesday afternoon.

Foley, has been missing since November 2012, after being taken hostage at gunpoint while reporting from Taftanaz, in northern Syria, for the agency GlobalPost.

ISIS posted the extremely graphic video shot at an unknown location, titled 'A Message to America' to social media as proof of their barbaric actions.

In a chilling warning at the end of grisly film, the executioner, who speaks with what sounds like a British accent, parades another American journalist, Steven Joel Sotloff, who went missing in August 2013, saying: 'The life of this American citizen, Obama, depends on your next decision.' 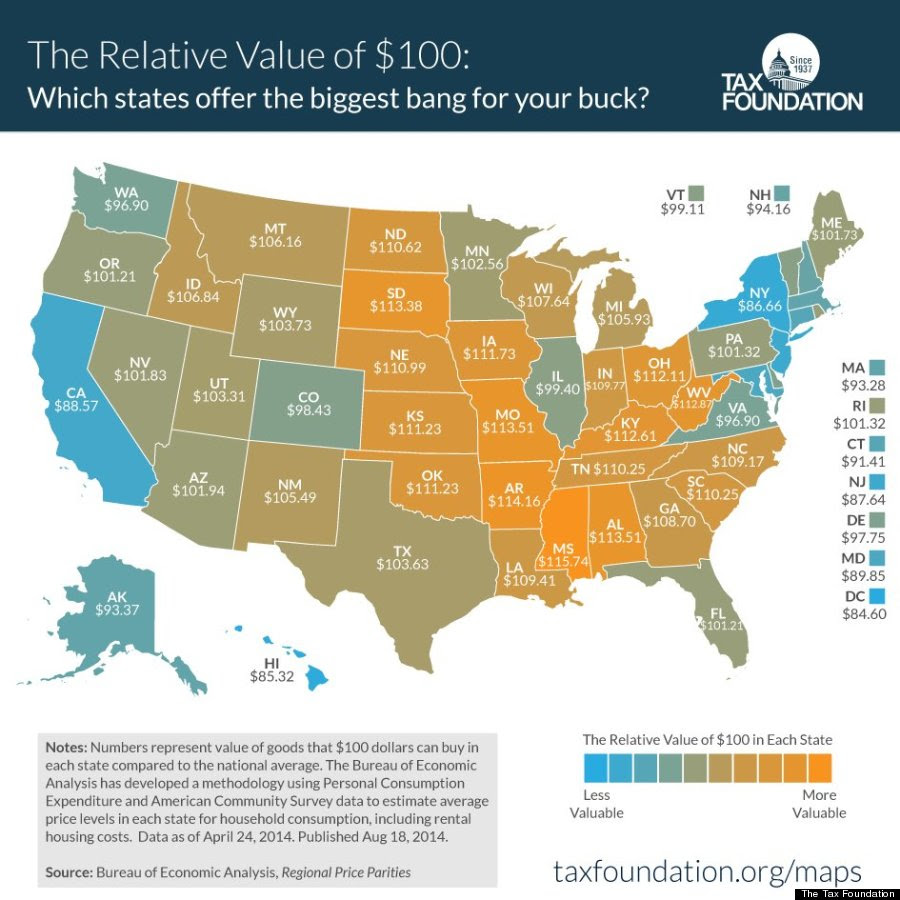 How far can you stretch a buck? It totally depends on where you live.

I have to call you out.

Unfortunately, you blew it. After days of rioting and looting, last Thursday you were given command of all law enforcement operations in Ferguson by Governor Jay Nixon. St. Louis County PD was out, you were in. You played to the cameras, walked with the protestors and promised a kinder, gentler response. You were a media darling. And Thursday night things were better, much better.

But Friday, under significant pressure to do so, the Ferguson Police released the name of the officer involved in the shooting of Michael Brown. At the same time the Ferguson Police Chief released a video showing Brown committing a strong-arm robbery just 10 minutes before he was confronted by Officer Darren Wilson.

Officer Wilson clearly feared for his life during the incident that led to the shooting death of Brown.

This was after Michael Brown and his accomplice Dorian Johnson robbed a local Ferguson convenience store.

Awesome: Reporter Asks "Who Gets to Hold Hillary's Crown" When She Speaks?

Sometimes reporters just  tell it like it is. Nevada reporter Jon Ralston offered an epic rant to viewers Monday when he spared no insults against Hillary Clinton and her “royal” speaking demands:


“We don’t have kings and queens in America, or at least we shouldn’t. But when I see the red carpet UNLV is rolling out for Hillary Clinton in two months I start to wonder. Unless you’re a mindless partisan, the details of that contract with the UNLV Foundation should disturb you.”


In case you weren't familiar with the revelation,  The Las Vegas Review-Journal obtained documents detailing Clinton's speaking demands ahead of her appearance at a University of Nevada, Las Vegas Foundation fundraiser. Here were a few of her totally normal requests:


She insists on staying in the “presidential suite” of luxury hotels that she chooses anywhere in the world, including Las Vegas.

She usually requires those who pay her six-figure fees for speeches to also provide a private jet for transportation — only a $39 million, 16-passenger Gulfstream G450 or larger will do.

And she doesn’t travel alone, relying on an entourage of a couple of “travel aides,” and a couple of advance staffers who check out her speech site in the days leading up to her appearance, much like a White House trip.

Posted by Brock Townsend at Tuesday, August 19, 2014 No comments:

Police Officer: 'if you don’t want to get shot...just do what I tell you.'

"If you don't want to get shot, tased, pepper-sprayed, struck with a baton or thrown to the ground," warns Officer Sunil Dutta of the Los Angeles Police Department, "just do what I tell you."

The thing is, Officer Dutta (pictured) is also an Adjunct Professor of Homeland Security and Criminal Justice at Colorado Technical University. And he uttered those words not in the heat of the moment, but in an opinion piece in the Washington Post responding to widespread criticism of police attitudes and tactics currently on display in Ferguson, Missouri, but increasingly common nationwide.

What Have we Accomplished in Iraq 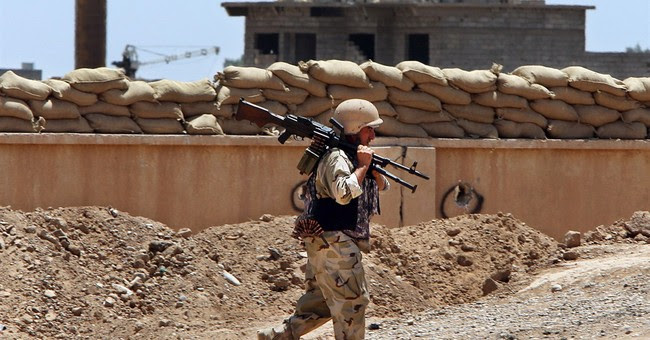 We have been at war with Iraq for 24 years, starting with Operations Desert Shield and Storm in 1990. Shortly after Iraq's invasion of Kuwait that year, the propaganda machine began agitating for a US attack on Iraq. We all remember the appearance before Congress of a young Kuwaiti woman claiming that the Iraqis were ripping Kuwaiti babies from incubators. The woman turned out to be the daughter of the Kuwaiti ambassador to the US and the story was false, but it was enough to turn US opposition in favor of an attack.

This month, yet another US president - the fifth in a row - began bombing Iraq. He is also placing in US troops on the ground despite promising not to do so.

The second Iraq war in 2003 cost the US some two trillion dollars. According to estimates, more than one million deaths have occurred as a result of that war. Millions of tons of US bombs have fallen in Iraq almost steadily since 1991.

What have we accomplished? Where are we now, 24 years later? We are back where we started, at war in Iraq!

Posted by Brock Townsend at Tuesday, August 19, 2014 No comments:

Ex-DOJ official: Federal charges coming in Ferguson: Eric Holder sees everything 'through prism of race, even when race isn't a factor'


Federal charges will be filed in the shooting death of Michael Brown, regardless of what local prosecutors do, according to a former Justice Department official who warns politicizing of the justice system is at an all-time high.

Hans von Spakovsky, who served in the civil rights division of the Justice Department during the George W. Bush administration, is now a senior legal fellow at the Heritage Foundation and co-author of the new book, “Obama’s Enforcer: Eric Holder’s Justice Department.”

He says the Obama administration’s track record on deciding which cases to prosecute and Friday’s Texas indictment of Gov. Rick Perry are just the latest evidence that ideology is driving the justice system at multiple levels of government.

“Eric Holder has completely politicized the Justice Department,” said von Spakovsky. “As we can see, unfortunately, this is happening in other places like the Travis County (Texas) D.A.’s office. That should concern every American. I don’t care what their political background is because that is a threat to everyone’s liberty and everyone’s freedom when that kind of power is used for political purposes.”

Beaten homeowner turns tables on intruder and kills suspect, according to Jacksonville police

Bruised and bloodied by an intruder, a Jacksonville man and woman exchanged gunfire with the invader and put an end to an assault early Friday at their home. The two were hospitalized, but a child there was unharmed and the suspect is dead, police said.


More @ The Florida Times-Union
Posted by Brock Townsend at Tuesday, August 19, 2014 No comments:

With ethnic relations once again making headlines in America, racism elsewhere can sometimes make discrimination here appear relatively minor by comparison. Consider what those of African origin face when living or traveling in Asia, for example.

Today’s illustration comes from Twitter, where one restaurant in South Korea is refusing to serve black people due to fears over Ebola!