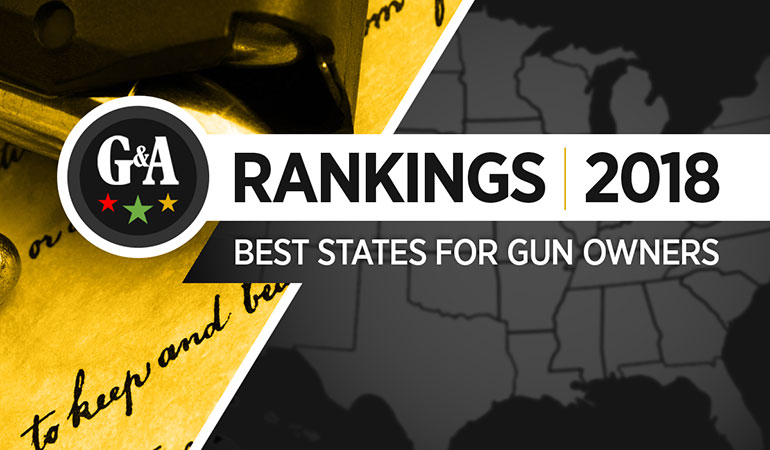 Guns & Ammo editors have been evaluating the gun laws of each state for the past six years and, in each of those articles, most states moved steadily in a pro-gun direction. This year, thanks in large part due to the media swirling around the mass shootings in Las Vegas and Parkland, we saw things begin to shift in the opposite direction. Many elected officials who ran on a “pro-gun” platform grew weak-kneed when it came to going on the record in support of those very same rights. Traditionally firearm-friendly states such as Vermont and Florida saw the passage of significant anti-gun legislation, almost overnight. How much have things really changed in the wake of this newest wave of anti-gun sentiment? We will do our best to quantify that.

Owing much to President Donald Trump’s stewardship, th U.S. economy is about the strongest it has ever been.

The American worker has been the primary beneficiary of economic growth. Since his election, the president has created 5.3 million jobs. The unemployment rate is getting as low as it can go at 3.7 percent, according to June’s job numbers, and job growth continues in an upward trend. Today, there are more job openings than Americans looking for work.

What more could a president do with such strong economic performance?

The answer by the Trump administration has been to revitalize the private sector’s commitment to the American worker.

Say It, GOP!—or Just Give It Up: Open Borders Is TREASON! the Left Is ANTI-WHITE!

Republicans still don’t know how to talk about race, identity and nation. Which is a problem, because, as an article in Axios recently bragged, “The single biggest threat to Republicans’ long-term viability is demographics”. [The GOP’s demographic decay, by Jim VandeHei and Mike Allen, July 18, 2019]

The repeating pattern: a Republican 1) says something 2) is accused of racial insensitivity 3) immediately grovels and offers concessions. The mostly white Republican base gets demoralized, the Cultural Marxist Left is emboldened, and the Overton Window shifts in the wrong direction.