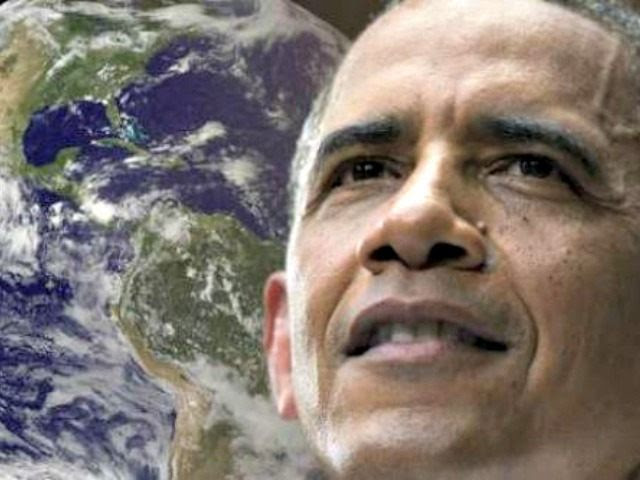 In the waning days of his presidency, former President Barack Obama’s administration oversaw the creation of a more than $300,000 climate change “museum” in a government building in Washington, DC, paid for by taxpayers and filled with displays that advance the idea that man-made climate change is a major threat, and Environmental Protection Agency (EPA) regulations are necessary to fight it.

The content of the climate change exhibit, which opened to the public just days after Obama left office, was produced by the EPA Alumni Association, which compiled and presented it in a timeline-fashion, detailing the milestones of the regulatory agency since it was founded in 1970.

Called a “pet project” of Obama EPA administrator Gina McCarthy in an article about the museum the Washington Post published on Sunday, the museum is tucked into the lobby of the EPA Credit Union in the Ronald Reagan International Trade Center.

Julian Assange: The overwhelming majority of information is classified to protect political security, not national security.


As TGP previously reported, the Justice Department released a redacted version of the conversation between then-AG Loretta Lynch and Bill Clinton from last summer’s tarmac meeting at Phoenix Intl’ Airport.
Perhaps their conversation about grandchildren and golf has them worried which is why they scrambled to withhold the information from the public citing ‘deliberative process’ privilege. But only it wasn’t former AG Loretta Lynch or former FBI Director James Comey or anyone else in Barack Obama’s criminal circle who redacted these documents—it was Jeff Sessions’ DOJ!

President of Judicial Watch, Tom Fitton gave his weekly update and discussed the documents he received on the talking points drafted pertaining to the Lynch-Clinton meeting on the tarmac at the Phoenix Airport.

When Trump sticks to his agenda, he wins -- and the media lose

There's no clearer pattern in President Trump's first six months in office than him getting the best of the national media when he pursues the agenda he campaigned on and him losing when he does anything else.

Trump on Wednesday backed a bill by Sens. David Perdue, R-Ga., and Tom Cotton, R-Ark., that aims to sharply reduce immigration and put a priority on admitting foreigners who know English and have higher work skills.

During that day's press briefing, White House senior policy adviser Stephen Miller won the argument against reporters attempting to find something wrong with a bill that follows the same simple logic as one and one is two; when it rains, the ground gets wet; and if it's written by Dana Milbank, it's annoying.

CNN correspondent Jim Acosta came out of the briefing declaring that Miller "exploded before our eyes" because he "couldn't take that kind of heat."

Here's an example of "that kind of heat":

With the Sesquicentennial of the epic war of American history winding down, many may think this War no longer particularly relevant and we can move on to more current concerns. Such an attitude, which I dare say prevails among most Americans, Southerners included, ignores the watershed importance of the War known by any number of names, the “Civil War,” the War Between the States, the War for Southern Independence, the Confederate War, the War of Northern Aggression, Lincoln’s War, the War Against Southern Independence, and by other names.

The Northern victory fundamentally changed the United States in myriad ways.   It changed the U. S. from a voluntary Union of self-governing States into a Union of force and coercion, in which States which no longer desired to be a part of the Union were coerced by the bloodiest war of American history back into a Union fundamentally changed in its character, from a Union in which most governmental functions were performed by the States and the local communities which made up the States, confident in their powers to do so without interference from the central, federal government, to a “consolidated” government in which the central federal government potentially reigns supreme in all phases of governance, with its ability to vitally affect every resident of the U. S. in every phase of their lives. 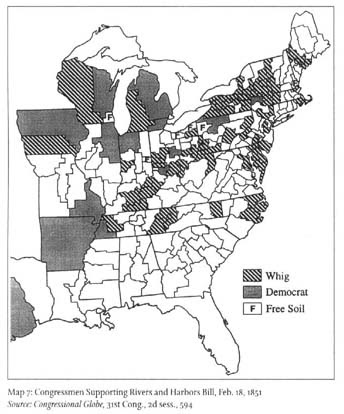 Crucial to the immigrant vote for Lincoln in the 1860 election was Republican Party support for a Homestead bill, the transcontinental railroad, and not allowing black people into western lands — thus reserving those lands for white immigrants. The foreign-born who had already filled up Middle West States were eager for western lands to settle where government property was still available, which also meant clearing those lands of Indians. Future Republican administrations would accomplish that task. With a bare 39% percent of the popular vote, a lower foreign-born vote could have put Stephen Douglas in the White House and avoided war.
Bernhard Thuersam, www.Circa1865.com   The Great American Political Divide

“Scholars, particularly those interested in the impact of ethnic groups on key national elections, have long been intrigued by Abraham Lincoln’s victory in 1860. Ever since Professor William E. Dodd’s classic article [The Fight for the Northwest, 1860, American Historical Review, XVI, (1910), 786)] it has been axiomatic in the works of historians that the foreign-born of the Old Northwest, voting in solid blocs according to the dictates of their leaders, cast the decisive ballots.

Lincoln could not have won the presidency, Dodd suggested, “but for the loyal support of the Germans and other foreign citizens led by Carl Shurz, Gustav Keorner, and the editors of the Staatzeitung of Chicago.”

A decade later . . . Donnal V. Smith scrutinized the immigrant vote in 1860 and confidently declared that “without the vote of the foreign-born, Lincoln could not have carried the Northwest, and without the Northwest . . . he would have been defeated.”

Smith’s statistics also confirmed the premise that the social solidarity characteristic of ethnic groups invariably translated itself into political solidarity, and that because of the language barrier the immigrants needed leaders to formulate the political issues for them.

“The leaders who were so trusted,” Smith maintained, “were in a splendid to control the political strength of the foreign-born.” And in the election of 1860, he continued, even to the “casual observer” the ethnic leaders of the Middle West were solidly Republican . . . [and] except for isolated, insignificant minorities, the foreign-born of the Old Northwest voted Republican.

The Department of Justice released hundreds of emails to the American Center for Law and Justice (ACLJ) this week in the investigation of former AG Lynch’s secret meeting with former President Bill Clinton.
One email shows Loretta Lynch hiding her identity from Department of Justice officials.


More @ The Gateway Pundit
Posted by Brock Townsend at Saturday, August 05, 2017 No comments:

Sounds great! I saw the original after evacuation from Saigon.

Eli Roth’s remake of “Death Wish” starring Bruce Willis is causing considerable backlash from liberals due to it’s pro-gun and anti-thug motifs. Critics are calling it the “most tone deaf film of the year” as well as racist and alt-right inspired.

(Original story from the Daily Mail)


The ultra dark and hyper-violent tone of the trailer has Willis’ character Paul Kersey,  whose family is shattered when his wife killed and his daughter viciously raped and paralyzed after a home burglary.

He takes his revenge to the streets with an enormous arsenal of weapons. Movie critics and social media users commented on the tone deaf film. ‘Pretty sure the NRA just found their next ad,’ wrote one Twitter user.

‘Death Wish shouldn’t promote such behavior. In real life, a delusional racist with a gun might believe they’re a heroic vigilante.’ said another user.

Posted by Brock Townsend at Saturday, August 05, 2017 No comments:

Madness: son gets arrested by San Antonio police officers after stabbing his own father

Posted by Brock Townsend at Saturday, August 05, 2017 No comments: 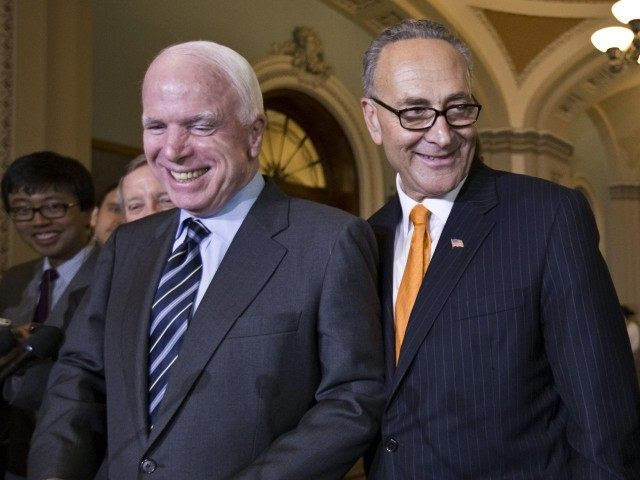 He polls bet with Democrats than Republicans.

The bill would have given a path to citizenship to most illegal immigrants, greatly increased the number of H-1B visas to allow companies to displace American workers–U.S.-born and legal immigrants–with foreigners who are not more qualified, and greatly increased the number of legal immigrants who would be eligible to enter the country over the next 30 years to put more downward pressure on wages on blue-collar and white-collar workers of all backgrounds already in the United States.

Sen. John McCain (R-AZ) wants Congress to pass the Gang of Eight’s comprehensive amnesty bill when he returns to the Senate after getting treatments for brain cancer.

According to The Arizona Republic, McCain, before leaving Washington to get cancer treatments in Arizona, reportedly spoke to Senate Minority Leader Chuck Schumer (D-NY) about joining forces again to pass the “Gang of Eight” bill. After joining Sens. Susan Collins (R-ME) and Lisa Murkowski (R-AK) to defeat the GOP’s “skinny repeal” of Obamacare, McCain, who has always wanted to be known as a straight-talking independent, was lionized by Democrats and the legacy media, with CNN paying homage to his “maverick moment.”

Trump: Migrants Will Not Get Welfare For First 5 Years

“Just this week, we announced a historic immigration bill to create a merit-based Green Card system that ends the abuse of our welfare system, stops chain migration, and protects our workers and our economy,” Trump stated. “As an example, you cannot get welfare for five years when you come into our country. You cannot just come in like in past weeks, years, and decades, you come in immediately and start picking up welfare. For five years, you have to say you will not be asking or using our welfare systems.” 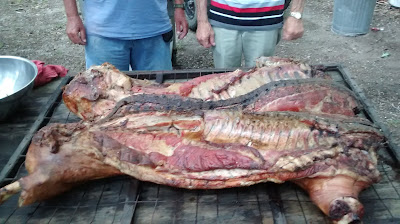