T.L. Davis
No Peace In Mind

Francis W. Porretto
It Will Not Stop

Paul Rosenberg
If Your Culture Holds Grudges, It Needs To Be Fixed

The Blood of Aleppo is on Obama’s Hands 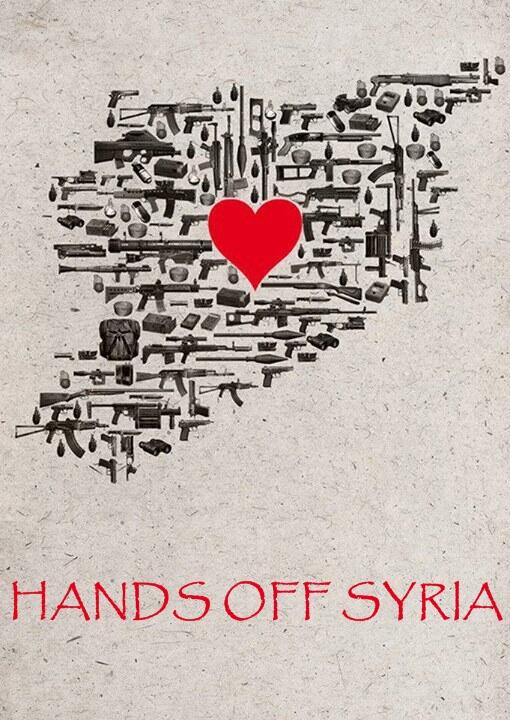 The Christian population of Syria (10%) and the moderate Alawite Shiapopulation (15%) are aligned with Assad. They would likely be subjected to genocide if the Hamas, al-Qaeda, and ISIS rebels,  backed by the Obama Administration win the war.

It’s amazing how CNN’s talking heads can devote so much time to the “scandal” of Donald J. Trump’s sons participating in interviews of cabinet picks, but can’t connect the dots between the bloody tragedy in Aleppo and President Barack Obama’s pro-terrorist policy in the Middle East.

During the day on Wednesday, we saw CNN repeatedly air gruesome film footage of the massacre of civilians in Aleppo by the Russians and their Iranian and Syrian puppets. Not once did any CNN talking head bother to point out that Obama’s policy of intervention, through support of terrorist groups in Syria who are losing the war, may have had a role in the unfolding massacre.

Former liberal MSNBC host Ed Schultz hit the Hillary Clinton team for its attacks on Russia and RT, the Russian-owned TV network that now employs him.

A new profile on Schultz looks at his evolution from sportscaster to liberal commentator to Trump-sympathizing populist on RT.

"The Clinton camp is trying to do all it can to connect Donald Trump to [Russian President Vladimir] Putin," Schultz told the Washington Post's Paul Farhi. "They're trying to cast anyone on RT in a negative light. I think it's deplorable. We're journalists. We're fair. We have correspondents all over the world. Yes, part of our funding comes from the government. But so does the BBC. So does the Canadian Broadcasting Network. The mainstream depiction of RT is a travesty. It's dishonest."

Conservative and liberal groups are gearing up for a battle royal over Attorney General nominee Jeff Sessions that some activists say will be so explosive, it could even overshadow a fight over Donald Trump’s pick for the Supreme Court.

The groups plan to make Sessions’s past comments about race the defining element in his confirmation battle.

“We’ve already been engaged with Schumer’s office with a real demand that he should stand up and fight and we will fight anyone who seeks to be an enabler for a racist overseeing our Justice Department,” said Rashad Robinson, the executive director of Color of Change, which describes itself as the nation’s largest online racial justice organization.

“People really have two choices. Either they’re OK with racism or they’re not. And if they’re not, then they’ve got to stand up against Jeff Sessions,” Robinson said.  (Dingbat)

Catalogue of blunders that left 'Berlin terrorist' free to kill

The prime suspect for the Berlin massacre was under covert surveillance for months as a possible terrorist threat until police let him slip through their grasp earlier this month.

Anis Amri, 24, a Tunisian asylum seeker who arrived in Germany last year, was investigated for “preparing a serious crime endangering national safety”, involving funding the purchase of automatic weapons for use in a terrorist attack.


Amri had been arrested earlier this year and was known to be a supporter of the terrorist group thought to be behind the Sousse terrorist attack in Tunisia, as well as being a suspected disciple of a notorious hate preacher.

He had multiple identity documents with six different aliases under three nationalities, and a criminal record in Italy and Tunisia. He spent four years in an Italian prison before travelling to Germany after an expulsion order expired.

The German authorities, who were on Wednesday facing serious questions about how Amri was still at large, tried to deport him in June, but because he had no valid papers proving his nationality he was allowed to stay.

Racist Schools Are Teaching Students That “Whiteness Is A Problem”

In the upcoming spring 2017 semester, two taxpayer-funded American universities – the University of Wisconsin-Madison and the University of Colorado Denver – will offer undergraduate courses focused exclusively on how “whiteness” is a serious social problem, reports The Daily Caller.

The University of Wisconsin course is called The Problem of Whiteness.

Here are a few excerpts from the class description:


After all, since white supremacy was created by white people, is it not white folks who have the greatest responsibility to eradicate it?

Critical Whiteness Studies aims to understand how whiteness is socially constructed and experienced in order to help dismantle white supremacy.

Whereas disciplines such as Latino/a, African, and Asian American studies focus on race as experienced by non-whites, whiteness studies considers how race is experienced by white people. It explores how they consciously and unconsciously perpetuate institutional racism and how this not only devastates communities of color but also perpetuates the oppression of most white folks along the lines of class and gender. In this class, we will ask what an ethical white identity entails, what it means to be #woke, and consider the journal Race Traitor’s motto, “treason to whiteness is loyalty to humanity.”

As we gather for Christmas, we must also recognize that it is a dying tradition. Our culture is on the decline, because we have not heeded the words of our founders and defended our liberties with steadfast defiance of law. For all of these years I have worked (and will continue to work) to strengthen the minds around me. I ask the reader to give me the benefit of the doubt when I say my mind is strong. I know what must eventually be done. But, it must be done alone.


We are all known, the authorities infiltrate our groups and our plans are known to them. Even when spoken in the hushed silence of the woods, our oaths are heard. The fact very simply is this: if you are speaking to someone and you are not the fed informer, the other person is.