Pick-Pocketing Migrant BEATS and SPITS On Young Mother with Children


Security cameras caught a pick-pocketing migrant tried to steal from an elderly woman at subway station in Sweden. But the crime was interrupted by a young woman with two kids.
The criminal then became violent and beat the young woman.


More @ The Gateway Pundit
Posted by Brock Townsend at Friday, January 22, 2016 6 comments: Links to this post

Via Billy
This video isn't about just dealing with Muslim migrants who may think that they deserve whatever is yours. It's also about dealing with thieves in general. However, unlike many of the videos we are accustomed to seeing here in America, this video hails from Finland, where a young female store clerk tackled at least one Somali Muslim migrant and took down another. Both men were attempting to steal from here store.

Trucker rams through 'refugees' in France

LANGUAGE!
Posted by Brock Townsend at Friday, January 22, 2016 No comments: Links to this post

Theodore Roosevelt Malloch, a descendant of the 26th President, and author of the new book Davos, Aspen, and Yale: My Life Behind the Elite Curtain as a Global Sherpa (WND Books; January 19, 2016) wrote an op-ed on the recent moves by George Will, The National Review, and the GOP establishment against Trump.


More @ The Gateway Pundit
Posted by Brock Townsend at Friday, January 22, 2016 2 comments: Links to this post

During Gun Control Hearing, Senator Blurts Out, “Let’s not get involved in Constitutional Arguments” 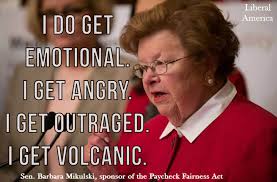 Following the unconstitutional executive orders of Barack Hussein Obama Soetoro Sobarkah, Senator Barbara Mikulski (D-MD) openly stated that she did not want to get into constitutional arguments regarding the matter.

"I look forward to…listening to the attorney general and listening to this wonderful panel that you've invited to participate today," said said.

"So let's solve the problem," Mikuski added. "Let's not get involved in constitutional arguments, and let's help our American people be safe and secure in their home, their neighborhood, their school and their house of worship."

Signs have been showing up at this grocery store and making some people very upset… especially welfare EBT card users.

Welfare moochers and Obama voters are furious about what the sign says, as they believe it shames poor people. But I think it’s great!

The sign is being hung throughout Wawa grocery stores in Philadelphia, noting their stores are no longer going to be accepting food stamps.

The sign (below) reads, “We are no longer accepting EBT. Please use cash or credit. If you do not have cash or credit then maybe it’s time to get a job.”


More @ The Political Insider
Posted by Brock Townsend at Friday, January 22, 2016 8 comments: Links to this post

Germany Admits It Lost Track of Over 600,000 Unvetted Migrants

German Interior Minister spokesperson Dr. Harold Neymanns admitted Thursday the country has lost track of 600,000 of its 1.1 million migrants who entered the country in 2015.


More with video @ The Gateway Pundit
Posted by Brock Townsend at Friday, January 22, 2016 No comments: Links to this post

The Fostech Echo goes all the way up to three. (Shown here at two.)

Fostech Outdoors, makers of the Origin-12 series of semi-automatic shotguns and Bumpski
bump-fire stock for AKs, recently received ATF approval to manufacture a new drop-in rapid-fire trigger designed for AR-15-pattern rifles. It’s a trigger that fires on the initial pull and then again on the reset!


More @ Guns America
Posted by Brock Townsend at Friday, January 22, 2016 No comments: Links to this post

More
Posted by Brock Townsend at Friday, January 22, 2016 2 comments: Links to this post

"One can never really know, but perhaps the black actors did not deserve to make the final list." 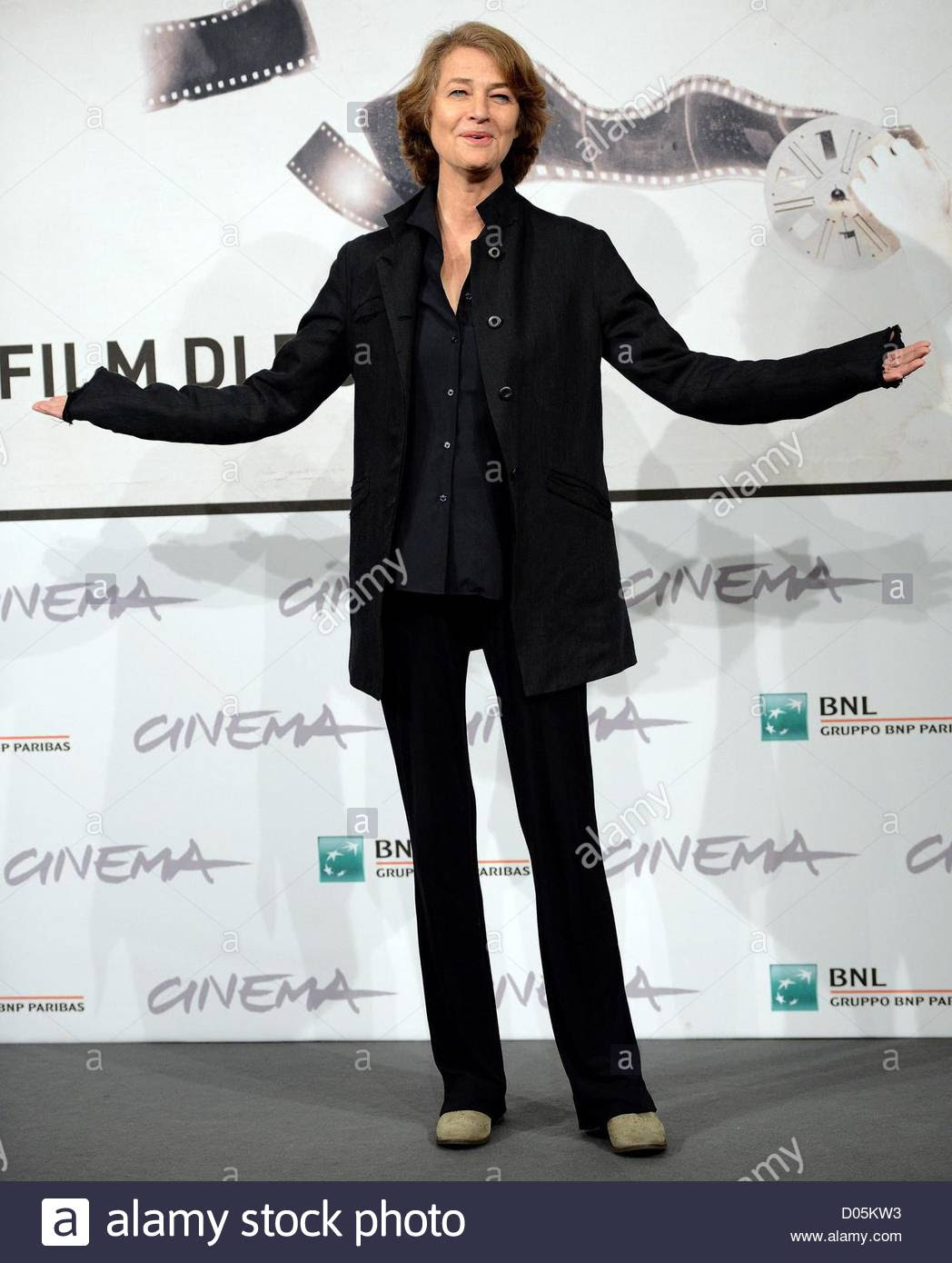 British actress Charlotte Rampling, nominated for best actress at this year's Academy Awards, called the boycott against the Oscars due to a lack of diversity in the acting nominations "racist to whites."

In an interview with French radio network Europe 1 on Friday, Rampling (nominated for her performance in the little-seen drama "45 Years"), responded to the recent backlash against another year without one black acting nominee.


More @ AL
Posted by Brock Townsend at Friday, January 22, 2016 No comments: Links to this post

A coal miner and his daughters

Yeah, I should be hated because I'm white and came from privilege. My ancestors on both sides of the family came here in the late 1800s, well after slavery was abolished. Most of them worked in the coal mines for not much more than slave wages. My grandfather ended up with a crippled hand from a cave in and contracted black lung aka miner's asthma. A great uncle died in a cave in and anothers leg was crushed by a coal car.My other grandfather and his sister grew up in an orphanage. Both my parents were depression babies. When I was little my father worked for Westinghouse. When things got slow the company would furlough half the workers for a week and then call them back for a week. This way they couldn't collect any unemployment benefits, so they were only earning half wages for a long time. Pretty hard to feed a family and pay the bills. Yeah, I can see where I should be hated for coming from privilege and affluence. My family settled in the mountains of what is now W.Va between the towns of Parsons and Elkins in the late 1700's

My great grandfather was a blacksmith by trade,he also set up a sawmill, felled all the trees to saw into lumber to build a 6 bedroom farmhouse-a house that is still standing, and still owned by family.

All the food was grown on the land,an apple orchard was planted,hen houses and barns were built, cattle, and hogs were raised. there was a huge vegetable garden,cornfields, wheat,barley, and rye was grown.

There was a still to turn some of the corn and rye into whiskey.

Extra crops,critters and blacksmith work was traded for cash or bartered for goods needed.

My great grandparents had 13 kids,when they were grown-the men moved a couple hours away,and went to work in the coal mines around Fairmont W.Va. Some went farther away and worked steel mill jobs in Pittsburgh,or Wierton W.Va. A couple went even farther and worked the shipyards up and down the east coast.

Many used the money they earned to attend college,so their children had it better,and didn't have to risk being killed in the mines.

From my great grandfathers family,down to my family,we all worked for a living,we worked lousy jobs when we had no other work,we bartered for things we didn't have the $$$ for, none of us ever sat on our asses and expected "the government" to take care of us. Great post, gamegetter. It's hard to imagine how hard life was for families back in those days. When the coal mines started getting played out in western PA where my family settled, my great, great grandfather and great grandfather went to Scotch Coulee, Montana with two of his brothers to work in the mines and sent what little money they could back home. There was no government assistance to rely on in 1910. The coal company owned all the land in the area and the miners had to rent a plot to live on from them for $8/year. They built their own houses, dug wells and outhouses and the women and children grew what little food that they could. Everyone had to pitch in from almost the time that they learned how to walk. I do feel "privileged" to have had that ethic passed down to me through the generations. I imagine that a lot of readers here feel the same............

I have some old family photos from back in those days that are very similar to the ones in the header. They are a great reminder of how easy we have it now compared to our ancestors.

I am a cancer surgeon. Spent 17 years after high school becoming what I am. Worked full time at night as a pharmacist I'm medical school, moonlit as an ER doctor and trauma surgeon during residency and fellowship so I had no loans, raising three children. Grew up in a family pharmacy, mother was a teacher. That pharmacy, which burned twice, was established in 1923 by a German immigrant who came in 1904 and worked at a foundry in New York until he saved enough money to move to Texas and start a business. The teacher's family came through Galveston in the 1870s and sharecropped. Her father and mother, my grandparents, lost two infants to winter illness living in a tar-paper shack on the south Texas blackland prairie, and never owned a home until their surviving seven children bought one for them.

No one studied for me, worked for me, gave me a grant, sat for exams for me, took my call, worked my hundred-hour weeks, laid awake endless nights worrying about sick patients, or endured the cumulative sadness of patients, who become friends, dying and the looks on my childrens' faces as I leave yet another event to go tend to a patient.

No, no one did it for me but they sure can hate me for my privilege of doing it all, and tax me proportionately.
Posted by Brock Townsend at Friday, January 22, 2016 12 comments: Links to this post