Education and the South Theories of education in any land are never easily divorced from the prevailing ideas regarding civics and economics. Education’s function, particularly toward the young, will become merely to render them fit to partake in the civic and economic institutions of a nation. Thus its methods and goals will be shaped by these spheres. The end result is a reciprocal relationship with the intended destination; successful integration into and participation with the national economy shaping and being shaped by the route traveled to reach that destination.

Our age is an age of Democracy and the means and stated goals of educational method (called pedagogy) now in vogue can only be understood when viewed with this fact in mind. Democracy (rule of the many) as a political institution is inseparably connected with the people who advocate it and staff its institutions: the middle class.


More @ The Abbeville Institute
Posted by Brock Townsend at Thursday, January 16, 2020 No comments: Links to this post 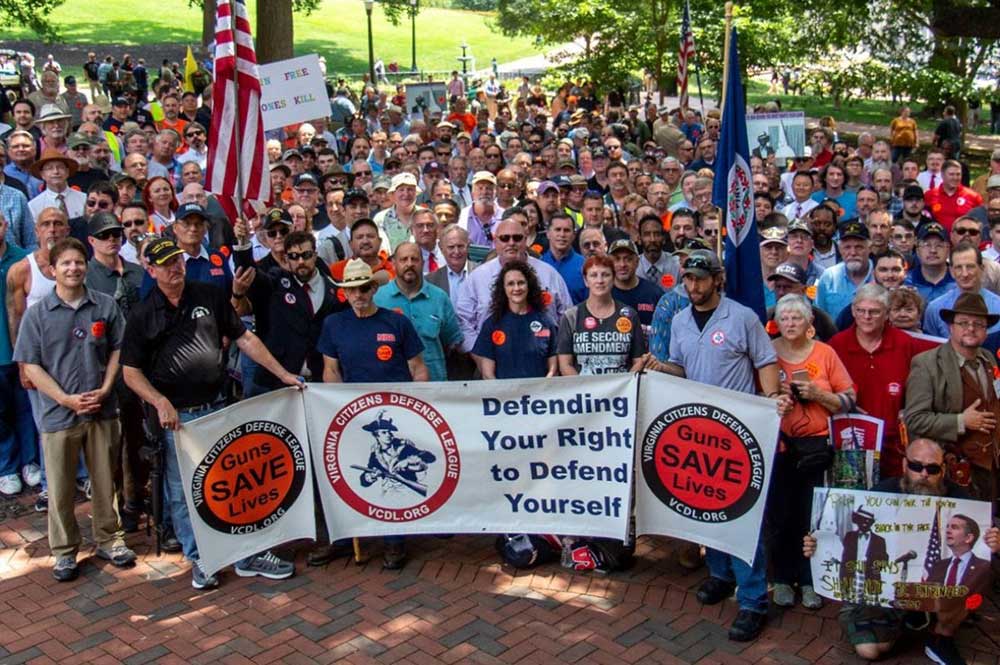 “Credible intelligence gathered by Virginia’s law enforcement agencies indicates that tens of thousands of advocates plan to converge on Capitol Square for events culminating on January 20, 2020,” Northam wrote in the order.

Why should tens of thousands of armed patriots cause such concern for the governor. After all, they are just exercising a constitutionally guaranteed right that all law-abiding citizens have n'est ce pas?

The die has been cast in Virginia.

As citizens and militia groups prepare for a Jan. 20 march on Richmond in protest of Democrats’ shameless gun control measures, the commonwealth’s governor has declared a state of emergency in an attempt to disarm the protesting citizens.

Governor Ralph Northam issued Executive Order 49 on Wednesday, a “declaration of a state of emergency due to potential civil unrest at the Virginia state capitol.”

Northam irrationally linked the upcoming march to the white nationalist event that turned into a disaster in Charlottesville, Virginia, vowing to never let it happen again.

“Credible intelligence gathered by Virginia’s law enforcement agencies indicates that tens of thousands of advocates plan to converge on Capitol Square for events culminating on January 20, 2020,” Northam wrote in the order.

“Available information suggests that a substantial number of these demonstrators are expected to come from outside the Commonwealth, may be armed, and have as their purpose not peaceful assembly but violence, rioting, and insurrection.”

The executive order bans all firearms and weapons on the Capitol Square and surrounding areas, but then takes an even more sickening twist.

Northam specifically listed personal protective gear such as helmets and shields as weapons in his order. Of course, these rules don’t apply to the armed state employees who will confront the protesters.

For a governor who has lost the trust of a majority of his counties and many of his citizens over his gun-grabbing ways, this announcement could not have come at a worse time.

With tens of thousands of angry people now ready to flex their Second Amendment rights in a march on Richmond, labeling them as racists intent on killing will not go over well.

It appears as though Northam is truly afraid of his own constituents, and there are now reports of defenses being hardened around the capitol itself. In one image, workers can be seen erecting barricades for next week’s protest.

Northam is making a big gamble here, possibly a bigger one than he realizes.

The governor is not asking but demanding with the full power of his office that protesters worried about his stance on guns disarm themselves.

Keep in mind, this isn’t a gaggle of a few hundred that can be corralled by police, but many thousands of citizens who are willing to brave below-freezing temperatures and long drives to show their resolve to keep Second Amendment rights strong.

For Northam, the best-case scenario is that everyone shows up without a gun, parades around for a bit and then calls it a day.

What happens if people, thousands of them, do show up with lawfully held firearms? Northam faces a choice here, and none of the outcomes are pretty.

If he orders his police to stand down and not engage those bearing arms, the citizens win. They would have arrived, proven that the Second Amendment was a check against government overreach and headed home while Northam faces humiliation.

On the other hand, there’s confiscation.

If authorities are ordered to seize any firearms citizens bring, what happens when those same citizens refuse? In other words, how far will Northam go to ensure his authority remains unchallenged?
The ramifications of Northam’s executive order could not only cause chaos in the Old Dominion, but also shake our very nation itself.

With the massive protest less than a week away, all eyes are on Virginia.

Gun Owners of America and the Virginia Citizens Defense League (VCDL) are filing an Emergency Injunction against the governor’s actions.

His action infringes on both the First and Second Amendment rights of Virginian’s who wish to peaceably assemble to petition their government, while at the same time not surrendering their right to self-defense.

This rally is held annually with thousands of participants and  without incident.  The only difference this year is that, in response to the Democrats’ attempt to eviscerate the Second Amendment, a much larger crowd is expected.

Incredibly, Northam is using the 2017 rally in Charlottesville, Virginia, in support of his ban on firearms, ignoring the fact that the unfortunate death that day was a vehicular homicide.

Northam hasn’t made any attempt to ban cars.

Like all gun control, this gun ban could have only negative consequences.  If there are, in fact, any bad actors who would attempt to hijack the rally, they would simply ignore the law.

Gun Owners of America and the Virginia Citizens Defense League (VCDL) are filing an Emergency Injunction against the governor’s actions.
Posted by Brock Townsend at Thursday, January 16, 2020 6 comments: Links to this post

Mind-Blowing! 58% Of Attendees at Trump’s Wisconsin Rally Were NOT Republicans, Up from 43% in Ohio

Several days ago, Trump’s campaign manager Brad Parscale posted statistics from last week’s rally held in Toledo, OH, which showed that 43% of attendees identified as either Democratic or Independent. I called that figure “stunning” in a recent post.

But the same statistic from Trump’s Tuesday night rally in Wisconsin can only be described as staggering. 57.8% of registrants identified as either Democratic or Independent.

Obviously, as a conservative, I am overjoyed at these numbers. I take them to mean that this group is looking for an alternative to the current field of candidates running for the Democratic presidential nomination.


More @ Red State
Posted by Brock Townsend at Thursday, January 16, 2020 No comments: Links to this post 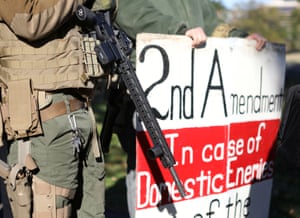 “Everything from sticks and bats to chains and projectiles…. The list also includes firearms. It makes no sense to ban every other weapon but allow firearms when intelligence shows that armed militia groups plan to storm the Capitol.” (source)

So Virginia introduces a bundle of radical laws to destroy 2A rights, militias, sale transfer and registration bills, and the People of Virginia says no, and we’re going to vote you all out next term.

Virginia says we’re not going to wait, we’ll petition your removal from office and gets almost a 3rd of the 240K signatures to remove the governor and starts petitions to remove delegates.

Virginia government responds by introducing a bill to raise the amount of signatures from 10% of the prevailing vote, to 25%.

Folks, this is the a textbook example of tyranny. “We’re the government, and we’ll do anything we want, whether you like it or not. We won’t let you vote us out, we won’t let you remove us from office…. And if you can’t possess the weapons that a militia would need to force us out, of office, then there’s absolutely nothing you can do about it” (source)

I guess we can add this Executive Order to the list of tyrannies above.

Whatever should happen, Blackface instigated it. If some Bolsheviks show up, they better not have blowtorches.

~~Reborn
Posted by Brock Townsend at Thursday, January 16, 2020 18 comments: Links to this post

Trump’s legal team is reportedly aiming to block witnesses through invoking good ole’ executive privilege as well. They noted that a former top-level White House official detailing a conversation with the president about national security or foreign policy matter would be “extraordinary,” according to The Washington Post. As with anything, keep your eye out on this. It could change knowing the press corps inability to cover this White House accurately (via WaPo).


Today is the day. The ball gets rolling on this Trump impeachment sham that has engulfed the nation for the better part of this year. The Democrats have been planning this since day one of the Trump presidency. Yet, in 2018, the Democrats retook the House and this whole circus began to come together. Democrats couldn’t use Russian collusion as their main salvo because ex-Special Counsel Robert Mueller’s report torpedoed it. The hearings further damaged the collusion narrative which was a media-manufactured myth that was peddled for more than two years. Democrats clung to this conspiracy theory like grim death despite numerous bombshells being gutted due to lack of evidence.

To this day, there is zero evidence of Trump-Russia collusion. They’re now using this July phone call Trump has with the Ukrainians where he supposedly threatened to withhold military aid unless an investigation into Hunter Biden’s position at Burisma, an energy company, was launched. Biden’s job there is suspect and the presidential campaign of his father, Joe Biden, has so far been unable to get this story out of the news cycle.

January 15th, 2020 Bernie Campaign Staff: People Who Push Back On Revolution ‘Should Expect A Violent Response’

In the video, Sanders Iowa field organizer Kyle Jurek suggested that those who push back against communist revolutions “should expect a violent response.”

Mire @ The Daily Wire
Posted by Brock Townsend at Thursday, January 16, 2020 4 comments: Links to this post

[Photos] A Stroll Along Saigon's Tet Flower Streets in the 1960s 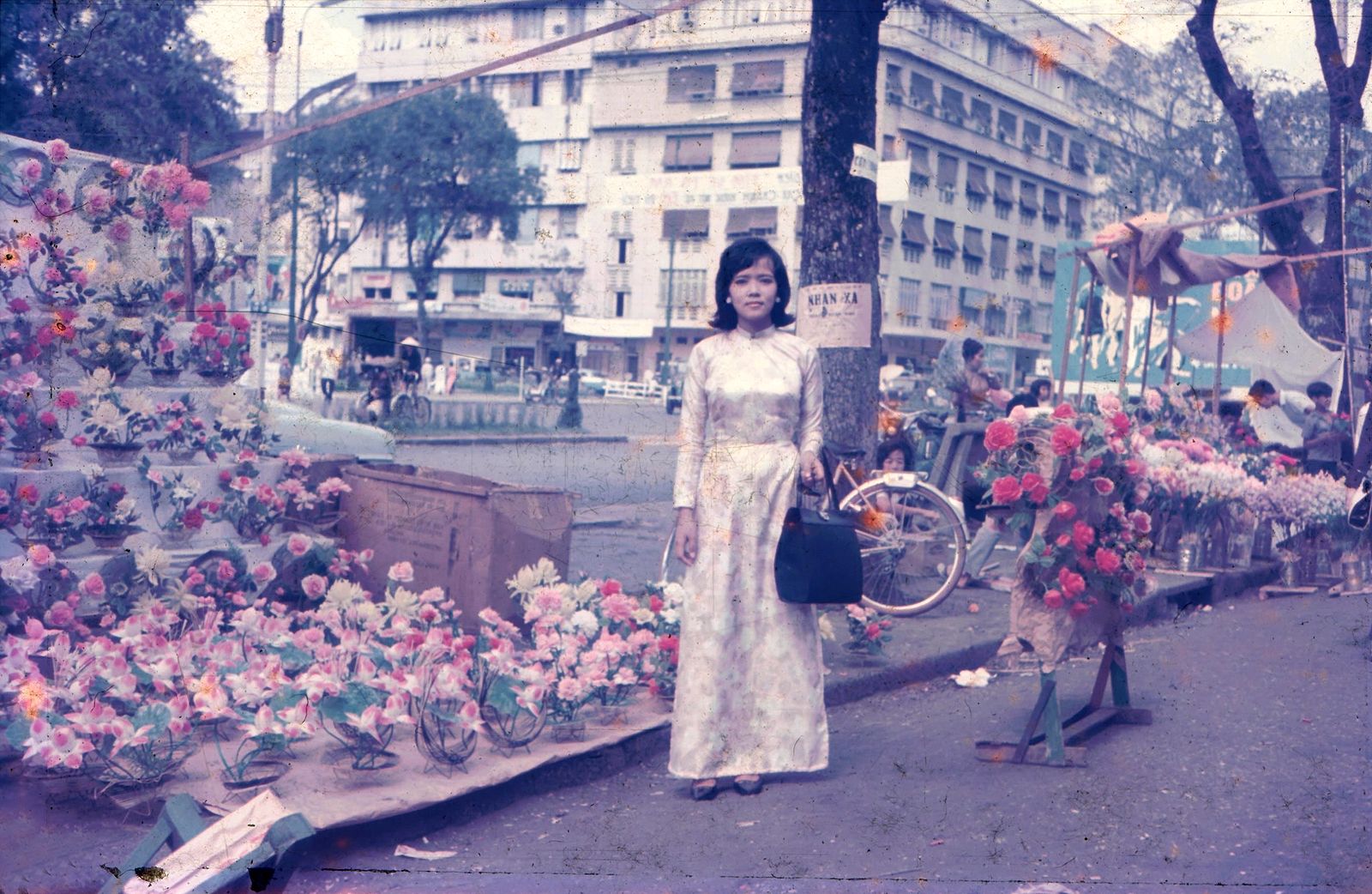 Many are out of focus unfortunately.

Flowers never go out of fashion.

Along with banh tet, fireworks and red envelopes filled with lucky money, no visual represents the Tet holiday in Vietnam more than fresh flowers. Symbolizing wealth and passionate love, they adorn alters and tables as colorful manifestations of the joy that the Lunar New Year ushers into people's homes.

In Saigon, the ochna integerrima (Vietnamese mickey-mouse plant) are most common thanks to their preference for hot, sunny climates, while the north's gloomy growing season ushers in peach flowers and marumi kumquat. Farmers in the Mekong Delta fastidiously tend to the plants for months in the lead-up to the holiday, and to meet demand, Vietnam has even taken to importing them from abroad.

For decades, temporary flower markets have opened in response to every household's desire to purchase the verdant delights. In these photos taken in the 1960s, one can observe Saigon's stylish citizens mingling with vendors at one such market. The holiday atmosphere provides an opportunity for shoppers to wear their snazziest outfits and pose for photos amongst the rows of flowers.


More @ Saigoneer
Posted by Brock Townsend at Thursday, January 16, 2020 No comments: Links to this post