Let’s begin in the realm of the fanciful.

Assume, for the sake of argument, that powerful, connected people in the intelligence community and in politics worried that a wildcard Trump presidency, unlike another Clinton or Bush, might expose a decade-plus of questionable practices. Disrupt long-established money channels. Reveal secret machinations that could arguably land some people in prison.

He would have to be marginalized at every turn. Strategies would encompass politics, the courts, opposition research and the media. He’d have to become mired in lawsuits, distracted by allegations, riddled with calls for impeachment, hounded by investigations. His election must be portrayed as the illegitimate result of a criminal or un-American conspiracy.


The issues were Boer independence versus gold mining resources and empire. In 1879, just before the First Boer war, the British Army engaged migrating Zulu tribes during what was called the Anglo-Zulu War, which is more famous in the U.S. because of two famous battles: Isandlwana and Rorke’s Drift. The heroism of a small detachment of 141 men, mostly from the 24th Welsh Foot (infantry) at Rorke’s Drift, for which eleven Victoria Crosses were awarded, was the subject of the American movie, Zulu. But before we continue the story of Koos De la Rey and the Second Boer War, it is important to summarize the state of South Africa from 1994 until today.

More @ The Tribune
Posted by Brock Townsend at Thursday, August 09, 2018 No comments:

A man accused of killing a Mississippi woman by setting her on fire is appealing a judge’s ruling clearing a prosecutor of misconduct, saying the judge used the wrong legal standard. Lawyers for Quinton Tellis on Thursday filed an appeal with the Mississippi Supreme Court asking justices to overrule a finding that Panola County District Attorney John Champion’s actions didn’t hurt Tellis’ case. Lawyer Darla Palmer argues in the filing that Circuit Judge Gerald Chatham asked the wrong question, and should have analyzed whether Champion broke rules against prosecutorial misconduct instead of declaring that the case could go forward because Tellis had suffered no harm. 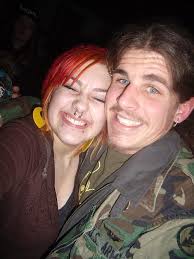 Rip that 'uniform' off.

A former college professor who was charged with smashing multiple people over the head with a metal U-shaped bike lock during an antifa protest was sentenced to three years of probation on Wednesday.


Alameda County Superior Court records showed that on the day he was due in court for a preliminary hearing, Eric Clanton entered a “no contest” plea to one misdemeanor battery charge in accordance with a plea deal he made with the prosecutor, Berkeleyside reported.

Under the terms of the plea agreement, the felony charges against Clanton were dismissed, and an allegation that he had caused serious bodily harm was stricken as well, Berkeleyside reported.

A misdemeanor charge of committing a crime while wearing a mask was also dropped. 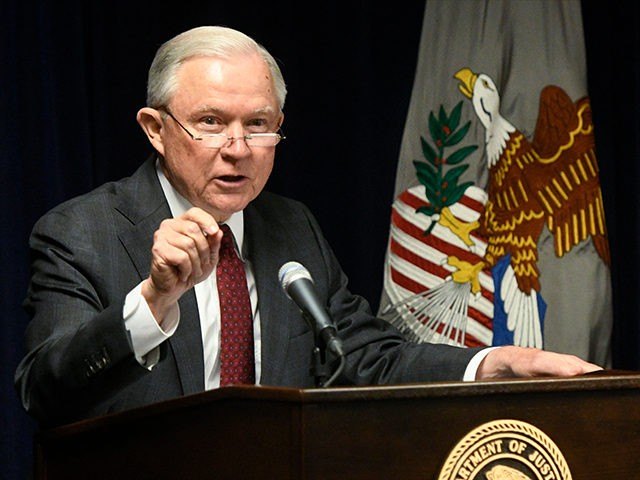 The ADF earned its SPLC “Anti-LGBT Hate Group” designation after a string of Supreme Court victories that enraged the far left, most notably the successful defense of a Christian Colorado baker who refused to adorn a cake with phrases condoning homosexual marriage in this year’s Masterpiece Cakeshop v. Colorado Civil Rights Commission. 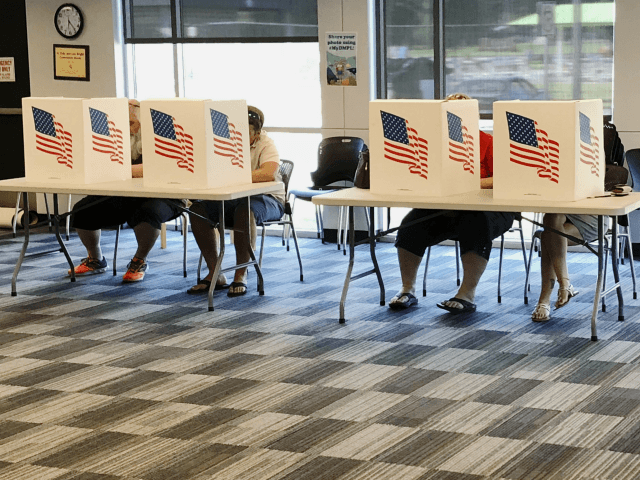 There are a number of possible explanations for this fairly dramatic movement away from the Big Blue Wave. To begin with, we have had some undeniably good economic news of late, which voters are crediting President Trump for.

The latest round of polls that look at the generic ballot show a dramatic  drop for Democrats as we head into the 2018 mid-terms elections.

In the Real Clear Politics poll of polls, Democrats enjoyed a seven point advantage last week. As of Thursday, that lead has slipped to just five points.

That five point lead, though, includes polls going back to mid-July, including an outlier Quinnipiac poll that gave Democrats a 12 point lead.

Amateur treasure hunter, 45, unearths a 1,800-year-old Roman signet ring engraved with the goddess of Victory in a field in Somerset

Pest control officer Jason Massey, 45, discovered the rare piece of jewellery, which features an engraving of the Roman goddess of Victory, in a field near Crewkerne.

It is believed to have belonged to a 'high status' figure, potentially making it one of the most significant archaeological finds in Somerset's history.

The current value of the ancient piece of jewellery is still being determined. 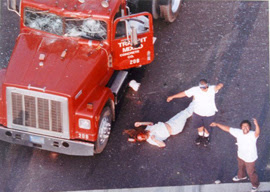 If you’re worried about the social media monopolies censoring speech, just be happy they can’t put you in prison.

Federal prosecutors are celebrating the one-year anniversary of the Charlottesville, Virginia, “Unite the Right” rally—isn’t this the “paper” anniversary?—by indicting James Fields for “hate.”

Fields has already been charged with murder in state court. (I would think that “hate” would be subsumed by a murder charge.) 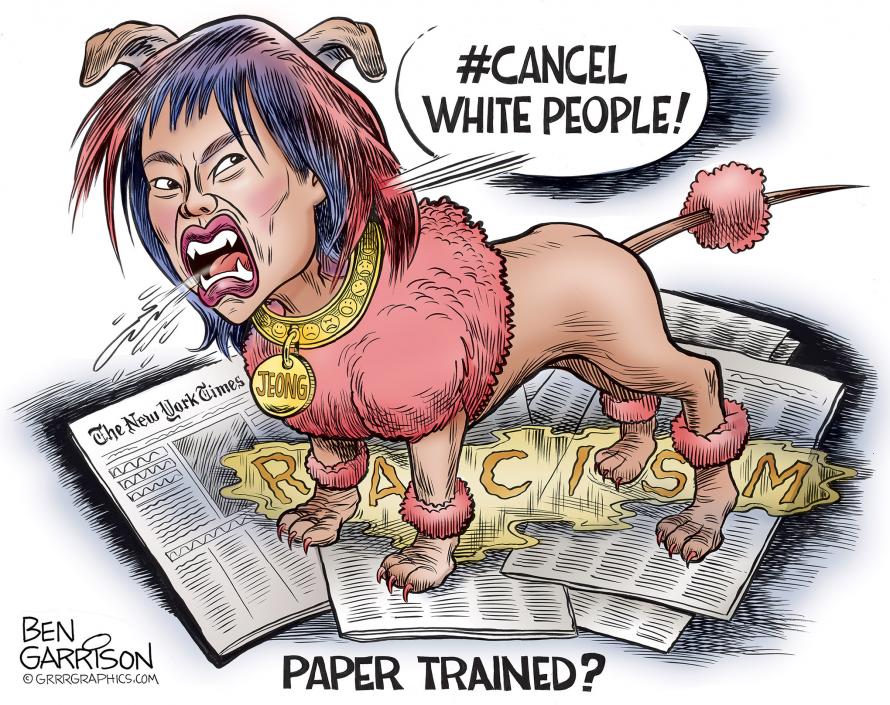 That the New York Times fronts for you says something about how far gone the US is.


By now I suppose that everybody and his dog knows (well, actually, I haven’t asked my dog) that the New York Times has hired, and defended, one Sarah Jeong, an avowedly racist, sexist, mouthy, and apparently kinky twitess as tech writer. “Kinky” is the polite term for people who enjoy cruelty.

Which, she says, she does. Anyhow, among her eructations:

“Oh man it’s kind of sick how much joy I get out of being cruel to old white men.”
Wow! What are her rates, I wonder?


More @ Fred on Everything
Posted by Brock Townsend at Thursday, August 09, 2018 No comments:

Laura Ingraham: America as we know it doesn’t exist anymore due to ‘demographic changes’

“Ohr was basically allowing himself to be run as a source so the FBI could communicate with Steele even after they fired him,” 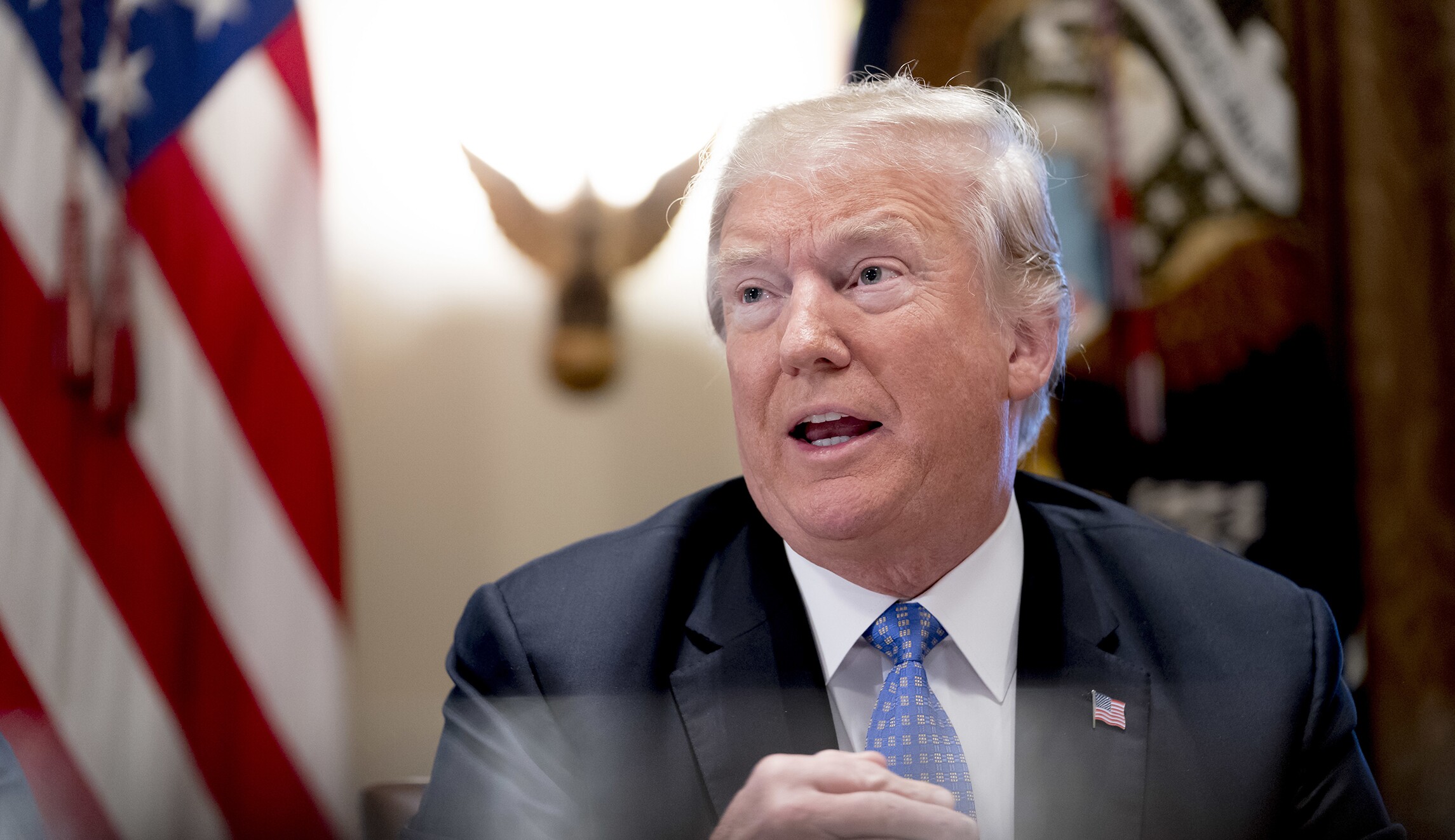 On August 2, the Trump administration issued a proposed rule allowing the sale of short-term, limited-duration health insurance plans, also known as short-term plans. The new rule extends the renewal period for short-term plans up to a year, a change from the previous Obama-era policy of letting them last only up to three months. It also allows these plans to be extended for up to 36 months.

The longer renewal period will give Americans more options to determine the length of their healthcare policies, at least until they can find a longer-term plan that better suits their needs. This is yet another step in the Trump administration’s plan to undermine rigid Obamacare rules so that working families have better health insurance choices available.

Giuliani: Trump investigation going to blow up on Dems, much we don`t know yet


Former New York City Mayor and Trump Attorney Rudy Giuliani joined Sean Hannity on Wednesday night to discuss the endless Mueller witch hunt.
Rudy Giuliani told Sean Hannity President Trump will not sit with Mueller in a perjury trap. He then directed his comments to Robert Mueller: “Stop the nonsense! You are trying to trap him because you don’t have a case!”


More @ The Gateway Pundit
Posted by Brock Townsend at Thursday, August 09, 2018 No comments:

Posted by Brock Townsend at Thursday, August 09, 2018 No comments: