When I was a child growing up in Kirkwood Baptist Church in Atlanta, Georgia, I was fascinated by three works of Atlanta public art:

The Cyclorama [and Civil War Museum at Grant Park] next to the Atlanta Zoo, is a 358 foot wide and 42 foot tall painting of the Battle of Atlanta, July 1864, the largest painting in the world – longer than a football field and taller than a four-story building. German artists painted it in Milwaukee, Wisconsin, in 1886, but in my lifetime it was permanently located in Atlanta. I was told a diorama was added in 1936, giving it a three-dimensional foreground. I remember it being restored in 1979 – 1982. It is the single most impressive painting I have ever seen, and I have seen hundreds of great paintings.

I grew up near Stone Mountain, the largest bas-relief sculpture in the world, much larger than Mount Rushmore, and the most popular tourist spot in Georgia. It is 90 by 190 feet, recessed 42 feet into the mountain. In 1916, it was conceived by the United Daughters of the Confederacy, and officially completed in 1972. Since it is carved in granite, it will last longer than any other achievement by human beings. In other words, when all the buildings, bridges, dams and engineering feats of the human race fall into ruin and dust, the granite carvings of Robert E. Lee, Jefferson Davis, and Stonewall Jackson will endure. It is fitting, I think, that the greatest ideas and the noblest heroism should be remembered in the most enduring monuments.

I learned early in my childhood that Robert E. Lee and Stonewall Jackson fought to preserve the values of men like George Washington and Thomas Jefferson – who created a culture of the soil based on inalienable rights and true learning. Robert E. Lee and Stonewall Jackson led in the fight for the American Republic of George Washington and Thomas Jefferson: for self-government and fair taxation among free and independent states. They fought with bullets.


More @ The Abbeville Institute
Posted by Brock Townsend at Sunday, May 11, 2014 6 comments:

The Peacock and The Patriots

Give Me Liberty or Give Me Death: A Modern Adaptation by John Ainsworth

Just arrived home from the N C PATCON and must say I enjoyed the use of my own bathroom and a hot shower. As always my thanks to Brock for being the perfect host and allowing us all to meet at Dixieland. The peacock was as active as ever and looking at himself in the bright finish of one of the newly washed and polished cars thought he was seeing another male and attacked the car as is his nature but other than that the peacock and the patriots again coexisted for the semiannual gathering.

There were more families this time than before and that meant more children running around and playing. These children all of whom I believe are home schooled proved again that we have a new generation of polite patriots on the way. As for the rest of the eclectic group of patriots, IIIpers and militia members ideas were exchanged and while there was not always 100% agreement new alliances and friendships were forged and common ground found.

My thanks as well to all the speakers Sam and Sam, Pete and of course John Ainsworth who is always ready to provide hardy debate.

The raffle was as always well received and I came home basically empty handed as usual with more than a fair share of the prizes headed north with our Yankee friends in attendance although our own Watchful did end up winning two of the major prizes a 1000rds of green tip 556 and a tactical Remington 870 which I believe he immediately donated to the Salvation Army.

Again my thanks go out to Brock for without his hospitality and organization these events would never take place. If you attended this time my thanks to you as well for taking the time to participate. If you have never attended try to do so for the fall event. If you have attended before but couldn't make it this time you were missed and we would like to see this fall as well. It is time for avordvet to attend again for his pyrotechnic skills are but a distant memory but still spoken of with admiration around the campfire at night.


One marker has always seemed out of place among the rows of Confederate gravestones at Beaufort National Cemetery.

It once stood out because the soldier who lay beneath it was unknown.

On Saturday, that soldier joined the ranks of his comrades.

Cloaked under the second national flag of the Confederacy was a new marker engraved with the name Pvt. Haywood Treadwell. With a tug, one of his ancestors — a 5-year-old North Carolina boy who carries the same last name — unveiled the marker to a crowd of about 100.

A Sampson County, N.C., turpentine farmer, Haywood Treadwell was a member of the 61st North Carolina volunteers fighting in the rifle pits at Battery Wagner on Morris Island when he was wounded and captured Aug. 26, 1863.

He died in a Union hospital in Beaufort 17 days later. 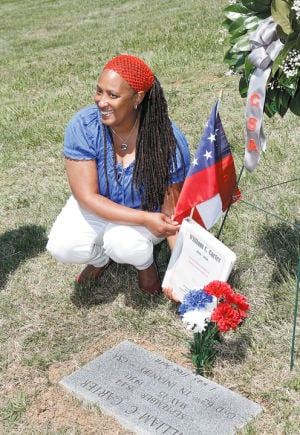 A soldier who served the Confederacy during the Civil War was remembered by his family and others during a ceremony held May 3 at Baker’s Creek Church Cemetery near Greenback.

Sgt. William C. Carter’s final resting place, an unmarked grave, was located after diligent research and a monument placed in the cemetery near the marked grave of his brother, Frank Carter, by members of the Captain W.Y.C. Chapter 1881, United Daughters of the Confederacy.

2 U of M students stabbed in northeast Minneapolis 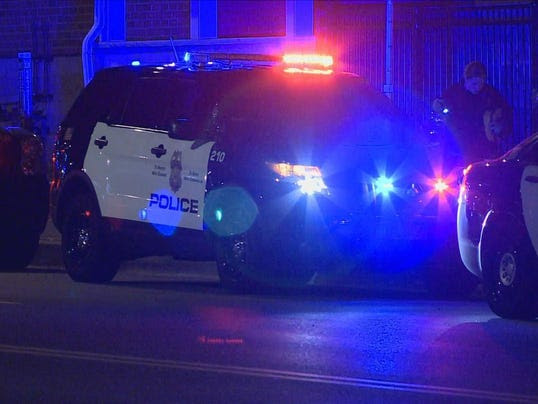 Crime anywhere is senseless, but when an attacker strikes at one of the busiest intersections in the city of Minneapolis so violently it becomes unnerving.

"They couldn't have done anything else. They were travelling in pairs in a well lit area," Minneapolis Police Sgt. Jesse Garcia said Monday of the stabbing that took place earlier that morning of two 21 year old women.

The victims are students at the University of Minnesota and are roommates in the area where they were attacked at University and Hennepin Avenues in northeast Minneapolis.

They were walking home at around 12:30 a.m. Monday when police say there would be attacker, a heavyset black male who was wearing a mask and was acting alone, walked past them on Hennepin near the intersection of University.

Militiamen move on from Bundy fight to next battle with BLM 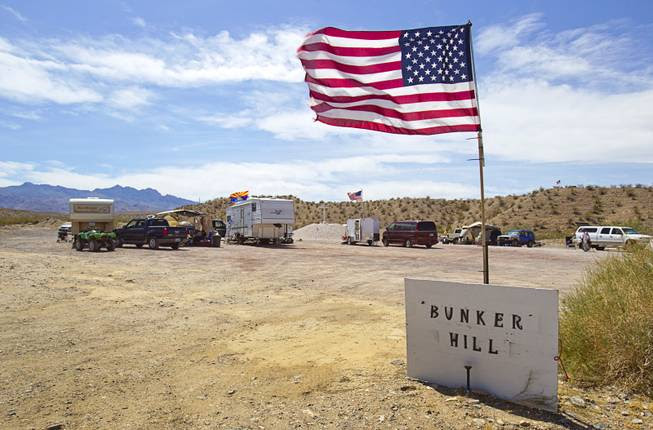 Militiamen and woman camping on Cliven Bundy’s cattle ranch are packing up and heading to Utah where another protest against the Bureau of Land Management will happen Saturday.

Ryan Payne, a Montana resident who had been staying at the ranch for a month, said he drove eight hours to arrive in the eastern Utah town this morning. Three militia members from the ranch and a handful of people from a group called Citizens Action Network came to Utah, too, he said.
"This is where it’s happening Saturday,” he said


The GOP Beltway establishment is celebrating the victory of Thom Tillis, Speaker of the North Carolina House, over his Tea Party and Evangelical rivals in Tuesday’s primary for the U.S. Senate.

But the story ended less happily for the Beltway elite in the Tar Heel State’s 3rd Congressional District. There, the planned purge of Rep. Walter Jones was repulsed by his loyal Republican base.
Yet, this massively funded effort, to kill the career of a 20-year House veteran, whose father held the seat for decades before him, testifies eloquently to the intolerance of the ideological and monied elite of the party to which conservatives give allegiance.

Reportedly, a million dollars of super PAC money poured into the 3rd, from Republicans, in support of a brazen Big Lie campaign to paint Walter Jones as a liberal. But what is the Congressman’s real record?