My Budget Bug Out Bag 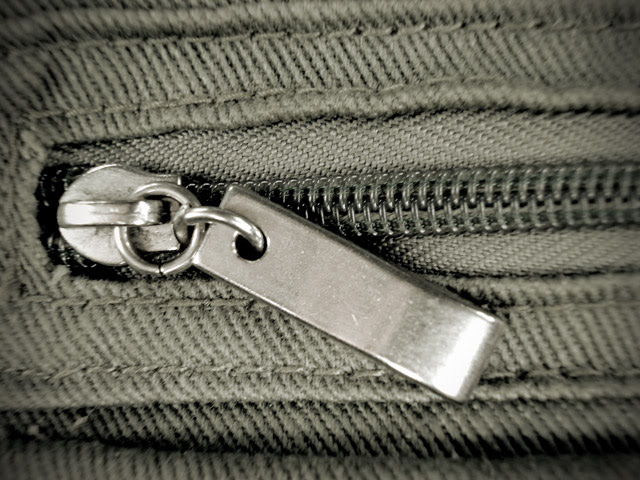 Some call it 72 hour bag, Get Out Of Dodge Bag, Get Back Home Bag or however. Making the perfect bug out bag definitely can mean difference between life and death, and there are many philosophies about what should be in it and what not. This is my take on it. It is a budget / cheap bug out bag and makes sense for me. I have some different products but tried to find most similar I could on Amazon because this is what most people have access to.

First lets start with some considerations before assembling it.

Do you need a bug out bag or survival bag?

My philosophy for bug out bags is, you need to have things with you that gonna bring you to your desired location. Nothing less and nothing more. Traveling light is key here, not traveling comfortable. If you can do both – great, but if you need to choose then choose to travel light, fast and maneuverable. You are maybe gonna be forced to run, jump, duck, use weapon with that bag on your back.


More @ SHTF School
Posted by Brock Townsend at Wednesday, May 01, 2013 No comments:

Three in 10 registered American voters believe an armed rebellion might be necessary in the next few years, according to the results of a staggering poll released Wednesday by Fairleigh Dickinson University’s PublicMind.

The survey, aimed at measuring public attitudes toward gun issues, found that 29 percent of Americans agree with the statement, “In the next few years, an armed revolution might be necessary in order to protect our liberties.” An additional five percent were unsure.

Eighteen percent of Democrats said an armed revolt “might be necessary,” as compared to 27 percent of independents and 44 percent of Republicans. Support levels were similar among males and females but higher among less educated voters.

A Masterpiece of War 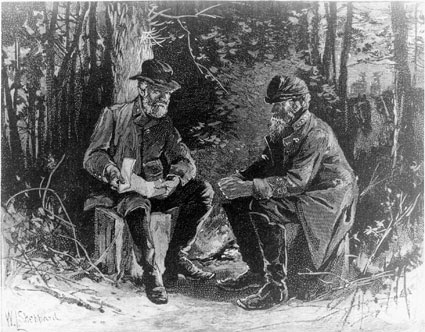 Robert E. Lee on Liberty, Tyranny and Freedom:
A Proclamation to the Citizens of Maryland:
"It is right that you should know the purpose that brought the army under my command within the limits of your State, so far as that purpose concerns yourselves.  The people of the Confederate States have long watched with the deepest sympathy the wrongs and outrages that have been inflicted upon the citizens of a commonwealth allied to the States of the South by the strongest social, political and commercial ties.
They have seen with profound indignation their sister State deprived of every right and reduced to the condition of a conquered province.  Under the pretence of supporting the Constitution, but in violation of its most valuable provisions, your citizens have been arrested and imprisoned upon no charge and contrary to all forms of law.
The faithful and manly protest against this outrage made by the venerable and illustrious Marylander, to whom in better days no citizen appealed for right in vain, was treated with scorn and contempt; the government of your chief city has been usurped by armed strangers; your legislature has been dissolved by the unlawful arrest of its members; freedom of the press and of speech has been suppressed; words have been declared offences by an arbitrary decree of the Federal Executive, and citizens ordered to be tried by a military commission for what they may dare to speak.
Believing that the people of Maryland possessed a spirit too lofty to submit to such a government, the people of the South have long wished to aid you in throwing off this foreign yoke, to enable you again to enjoy the inalienable rights of freemen, and to restore independence and sovereignty to your State.  In obedience to this wish, our army has come among you, and is prepared to assist you with the power of its arms in regaining the rights of which you have been despoiled.
"This, citizens of Maryland, is our mission, so far as you are concerned.  No constraint upon your free will is intended; no intimidation will be allowed within the limits of this army, at least.  Marylanders shall once more enjoy their ancient freedom of thought and speech.  We know no enemies among you, and will protect all, of every opinion.
It is for you to decide your destiny freely and without constraint.  This army will respect your choice, whatever it may be; and while the Southern people will rejoice to welcome you to your natural position among them, they will only welcome you when you come of your own free will.”
R. E. Lee,
General, Commanding
========================

By April 1863, America’s Civil War was two years old and there were two more years of fighting ahead though, of course, none could know this. What everyone did know was that the war was violent and bloody beyond what anyone had expected or would have believed the nation (or two nations) could endure. Neither side was at the point of exhaustion or surrender. The war would certainly go on until .  .  . what?

Nobody quite knew, though an insight of President Abraham Lincoln’s pointed to the brutal truth. His Army of the Potomac, under the command of General Ambrose Burnside, had been defeated at Fredericksburg by Robert E. Lee’s Army of Northern Virginia in December 1862. It had been a one-sided affair, with Union soldiers making repeated assaults up a hill against Confederate infantry whose position afforded the protection of a stone wall with artillery behind in support. No Union soldier even reached the wall. The Army of the Potomac suffered more than 12,000 casualties. Lee’s casualties were slightly more than 5,000. It was the most lopsided defeat so far, for an army that had seldom experienced victory. And yet .  .  .

The Army of the Potomac still existed, was still holding its positions in Virginia, and its losses were being made good. Which could not be said for Lee’s army.

So, Lincoln noted, the “arithmetic” of slaughter worked in the Union’s favor. His army could survive a week of Fredericksburgs and the Confederacy could not. Victory would come when he found a general who understood this.


More @ The Weekly Standard
Posted by Brock Townsend at Wednesday, May 01, 2013 4 comments:

It’s natural after an attack such as the Boston Marathon bombings to want to ratchet up security, but Americans are starting on a “slippery slope” when they start allowing more cameras in public places, claims Sen. Rand Paul.

“If the government’s going to use cameras to watch us they need to have probable cause,” the Kentucky senator said on Fox News Channel. “They need to have an argument to use the Constitution to do surveillance on us. And then I’m OK with it. But willy-nilly on everybody all the time in open spaces, I’m against that.”

President Obama’s pick to head the Federal Housing Finance Agency once said that a “majority of white voters” would never vote for a black candidate and that they should be excluded from “the democratic process.”

Watt, the former chairman of the Congressional Black Caucus, has in the past accused white Americans of racism.

“There would be a substantial majority of white voters who would say that under no circumstances would they vote for an African American candidate,” Watt said Oct. 14, 2005 during a Washington hearing held by the National Commission on the Voting Rights Act.

The Voting Rights Act should be expanded to “adjust districts to take [racially motivated voting] into account,” Watts said.

Such voters “need to be factored out of the equation,” Watt said, because “I’ve got no use for them in the democratic process.”

According to a contemporaneous report of the hearing published by the Cybercast News Service, Watt said that black voters — unlike whites — don’t have “an absolute commitment” to voting for a candidate based on race.

“Black people have not had the luxury of being able to say, ‘Under no circumstances will I vote

More @ The Daily Caller
Posted by Brock Townsend at Wednesday, May 01, 2013 4 comments: 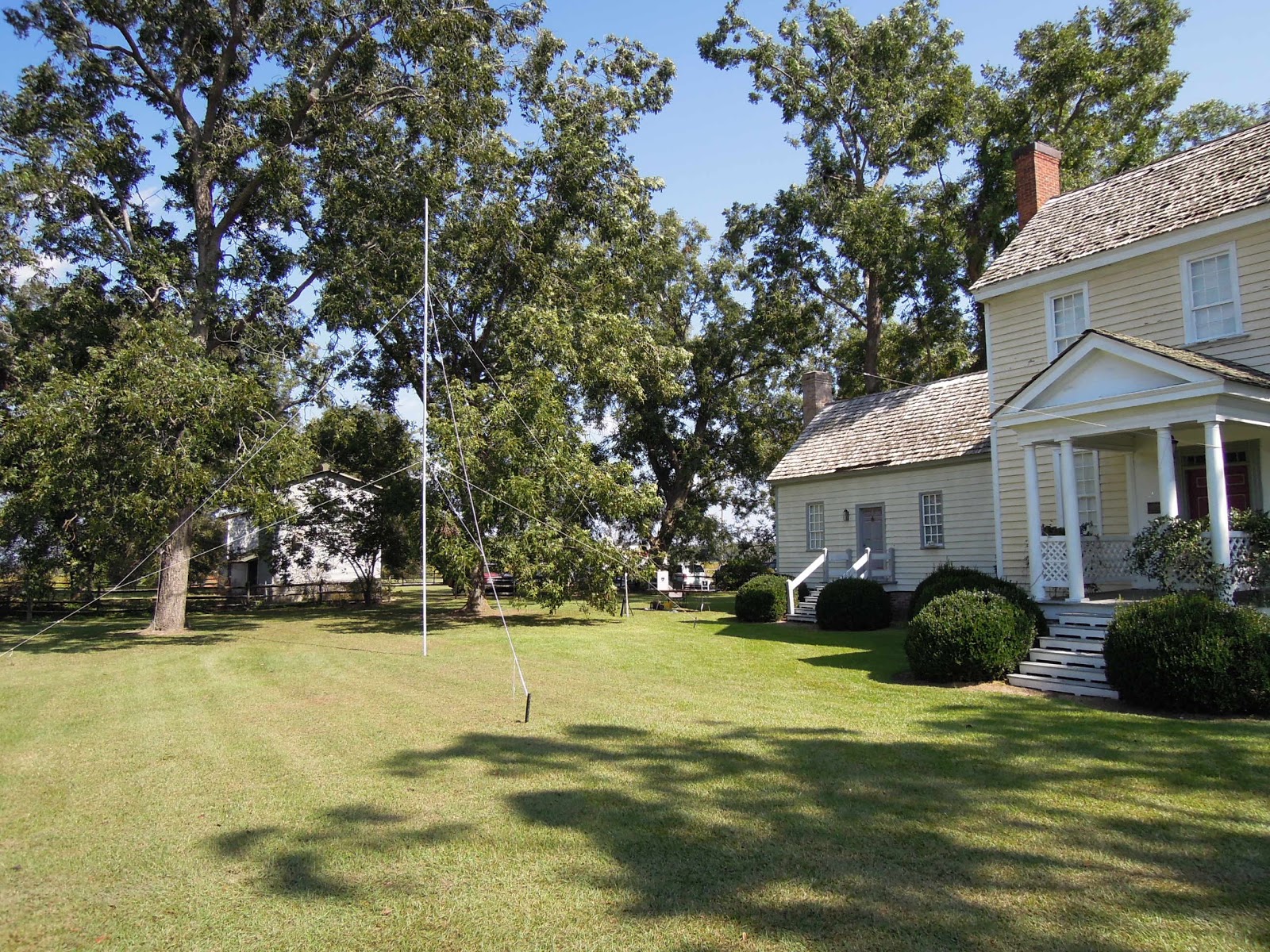 Forgot to post before I left, but at any rate we are there and will check emails/blog once a day from the library.


Children sticking their weapons in your face.  May they ever be so stupid.:)

On Saturday, 4/27/13 at or about 5:05AM, the victim was walking in the 1900 block of Burgundy when he was approached by an unknown black male. The subject pointed a shotgun at the victim's face and stated give me your money. The victim disarmed the gunman and then chased him.

Moments later the victim was approached by two black males in a black four door sedan (possibly a Honda Accord). The driver of the vehicle said to the victim "give me my gun back and I'll give you your phone that you dropped". The victim then used the shotgun to strike the rear windshield of the vehicle causing it to break. The two subjects then fled on Frenchmen to St. Claude and then unknown. The gunman was described as a black male, approximately 16-20 years of age, 6'00" tall with a thin build wearing a black hat and a black t-shirt. Surveillance video captured the robbery on video/audio and can be viewed on youtube.com at http://www.youtube.com/watch?v=kagO9D... .

The victim described the second subject as being a young black male, approximately 5'6" tall with a medium build, bushy hair and wearing a light shirt. Both subjects were said to be in their early twenties.