When Doing Nothing is the Right Thing to Do

In the present judgment of history—or at least those who are counted worthy to opine on that subject—two American presidents occupy positions among the lowest and the highest with regard to their place in the nation’s pantheon of leaders. The interesting thing is that the one followed the other into office which means that the performance of their duties in that office could not have been more dissimilar. Usually, such dramatic differences do not occur in such close historical proximity, but in this case, it in fact, did.

The president occupying the lowest quarter percentile—being placed among the bottom ten in his performance by scholars of history across the board—is Democrat James Buchanan, the 15th President of the United States while the president considered among the top two or three—possibly even the greatest American to hold that office—was the 16th President, Abraham Lincoln. Of course, the ongoing crisis in the nation that contributed to these determinations by scholars and academicians was that of the secession of thirteen Southern States from the union which resulted in a bloody civil war, a war which President Lincoln brought to a successful conclusion soon after he had been elected for a second term.

Much of President Buchanan’s low marks are attributed to the fact that he was a “do nothing” chief executive whose lack of forceful leadership resulted in the crisis which confronted Lincoln when he took office. Indeed, there are those who more than suggest that Buchanan’s Democratic affiliations and his Southern background were unquestionably reasons for his failure to act decisively as the union began to unravel. Yet, Buchanan was no secessionist. Indeed, he wrote a paper stating that he did not see secession—as did many especially in the South—as a constitutional remedy for the degenerating sectional turmoil within the nation.

Via comment by Sioux on Stuart Varney Demands On-Air Apology From ObamaCar...

*Updated to add some additional emphasis on the scope of so-called “conservative media”, and financial corruption.


In an extensive article within New York Magazine, mostly outlining the rather sordid details of Roger Ailes, readers may also note specific confirmation of something we outlined in August of last year (2015). Fox News owner Rupert Murdoch instructed Fox News executives to take down Donald Trump.


(NY MAG) […] Murdoch was not a fan of Trump’s and especially did not like his stance on immigration. (The antipathy was mutual: “Murdoch’s been very bad to me,” Trump told me in March.) A few days before the first GOP debate on Fox in August 2015, Murdoch called Ailes at home. “This has gone on long enough,” Murdoch said, according to a person briefed on the conversation.
Murdoch told Ailes he wanted Fox’s debate moderators — Kelly, Bret Baier, and Chris Wallace — to hammer Trump on a variety of issues. Ailes, understanding the GOP electorate better than most at that point, likely thought it was a bad idea. “Donald Trump is going to be the Republican nominee,” Ailes told a colleague around this time. But he didn’t fight Murdoch on the debate directive.

On the night of August 6, in front of 24 million people, the Fox moderators peppered Trump with harder-hitting questions. But it was Kelly’s question regarding Trump’s history of crude comments about women that created a media sensation. He seemed personally wounded by her suggestion that this spoke to a temperament that might not be suited for the presidency.

“I’ve been very nice to you, though I could probably maybe not be based on the way you have treated me,” he said pointedly. (read more)

Varney pointed out that premiums are going through the roof, health insurers are pulling out of exchanges, and the cost of health care is skyrocketing -- all points even The New York Times this week admitted.

Varney didn't mince words with ObamaCare architect Zeke Emanuel: "You owe the American people an apology and I want to know if you’re going to deliver that apology on this program because you really screwed America. Go ahead.”

Emanuel, not surprisingly, refused to apologize and blamed Republicans for the high ObamaCare premiums. 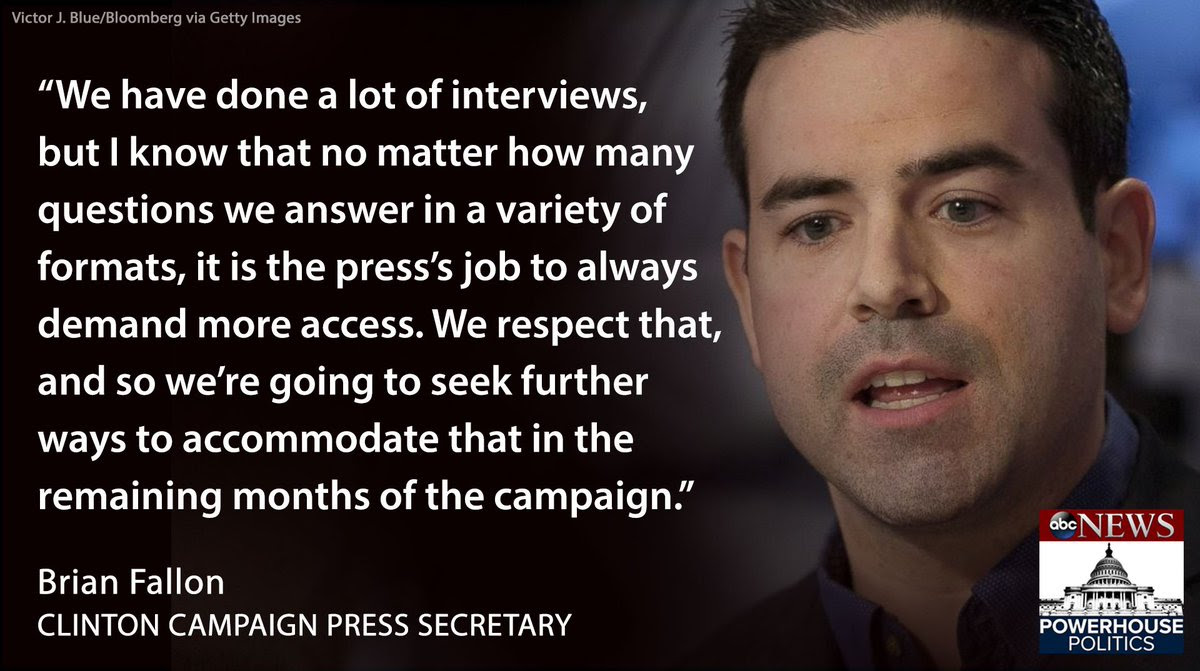 “But the frequency of them is something that would just play out as time went on,” he added.

Posted by Brock Townsend at Sunday, September 04, 2016 No comments:

Syria and Iraq Are Incubators for Remote-Controlled Guns

The Syrian civil war is producing a multitude of remotely-operated, custom-made killing machines — sniper rifles and machine guns which a shooter can trigger remotely with the push of a button.

Remotely-operated guns are common in militaries around the world. The United States has thousands of them mounted on tanks and other armored vehicles. The U.S. Marine Corps is testing a smaller machine-gun robot called MAARS, and other gun-bots have appeared in South Korea, Israel and Russia.

But their adoption by rebel groups is an innovation arising from an intermingling of war, cheap personal computers and cameras. The devices typically use cables to hook up the guns to control stations. Aside from the gun, a complete setup only costs a few hundred bucks worth of off-the-shelf components and some technical skills.

After that, it’s just a matter of swiveling the now-teleoperated gun with a joystick, gamepad or a keyboard and triggering the firing mechanism.

It’s a highly effective means of denying an area to the enemy while covering one’s self from fire.
See, it’s suicide in warfare to not suppress your foe’s machine guns before maneuvering. Since a teleoperated gun cannot easily be suppressed, an attacking force’s job becomes all the more difficult.
While the weapons are hardly new to the Syrian battlefield, an August report published by the U.S. Army’s Foreign Military Studies Office listed 20 distinct teleoperated weapons spotted in Iraq and Syria which can be traced to specific armed factions.

More @ War Is Boring
Posted by Brock Townsend at Sunday, September 04, 2016 No comments:

The Alternative to Presidential Politics 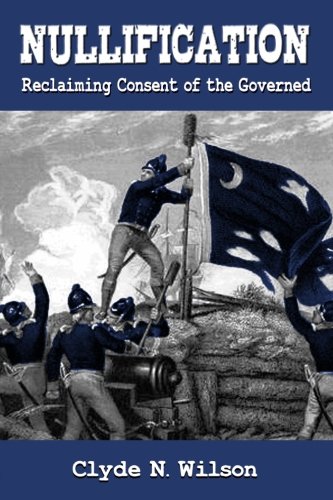 We Need Secession and Nullification

In his new book Nullification: Reclaiming Consent of the Governed, Clyde Wilson pinpoints the folly and futility of “presidential politics” – of hoping against hope that some Great Savior will somehow restore American liberty.  Only those who are almost completely ignorant of American history could be fooled by such a farce.  Unfortunately, that seems to include most Americans.

Early Americans were never so naïve as to believe that national politicians could preserve their freedom; that was their job.  They are the ones who, acting through their state-level political societies, created and gave authority to the Constitution.  The government was to act as their agent and was delegated by them only a few specific powers.  Moreover, the government itself could never be the judge of its own powers, for that would lead to “nothing less than a government of unlimited power, a tyranny,” writes Wilson.  Of course, that is what Americans have now lived under for generations with the “black-robed deities” of the “supreme” court announcing for all of us what freedoms we shall have.

Pence on Clinton: 'Most Dishonest Candidate … Since Richard Nixon' 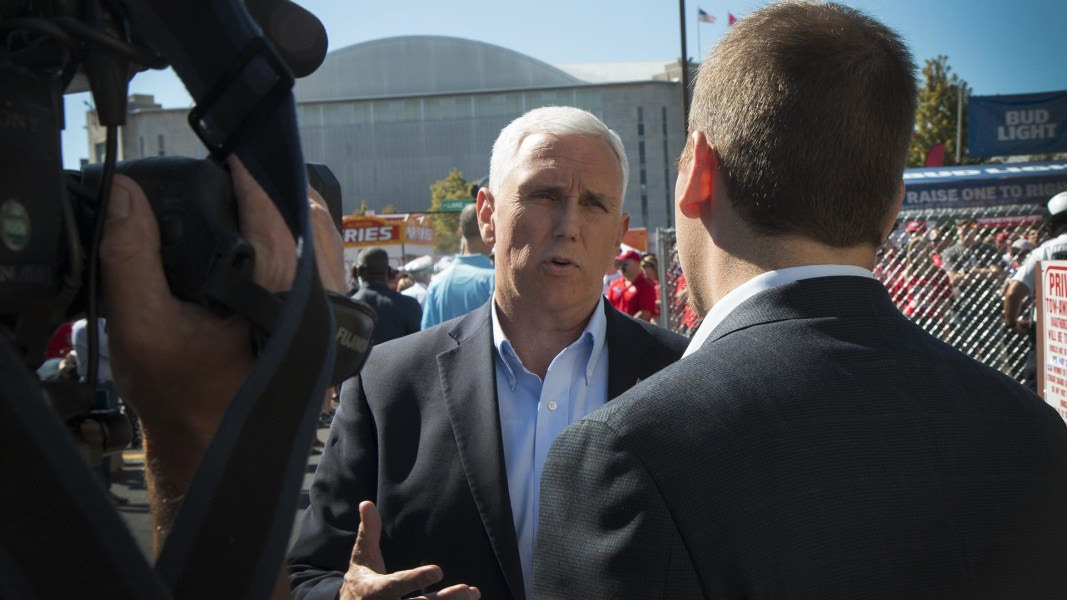 Republican Vice Presidential candidate Mike Pence reacted to the FBI's notes on its interview with Hillary Clinton by calling her "the most dishonest candidate for President of the United States since Richard Nixon" in an exclusive interview on NBC's "Meet the Press."

"It is a tough charge," Pence conceded when pressed, "But, come on."

The Indiana governor continued, "What's evident from all of the revelations over the last several weeks is that Hillary Clinton operated in such a way to keep her emails, and particularly her interactions while Secretary of State with the Clinton Foundation, out of the public reach, out of public accountability."

All of the revelations regarding Clinton's use of private email, according to Pence, "truly does disqualify her from serving as President of the United States." Plaintiff Yvonne Allen is a devout Christian woman who covers her hair with a headscarf as part of her religious practice. In December 2015, Ms. Allen sought to renew her driver license at the Lee County driver license office, where officials demanded that she remove her head covering to be photographed. When Ms. Allen explained her religious beliefs, the County officials responded with a remarkable claim: They admitted that there was a religious accommodation available for head coverings, but contended that it applied only to Muslims.


Lee County’s refusal to grant Allen a religious accommodation contradicts state rules and violates her rights under the First Amendment to the U.S. Constitution and the Alabama Constitution, according to the lawsuit.

Heather L. Weaver, senior staff attorney for the ACLU’s Program on Freedom of Religion and Belief, agreed. “The county’s policy is puzzling. There is absolutely no reason to restrict accommodations for religious headgear to certain religions. The Constitution protects both Christians and Muslims and, indeed, people of all faiths.”

Made My Day! Barack Obama 'deliberately snubbed' by Chinese in chaotic arrival at G20

The US president was denied the usual red carpet welcome and forced to ‘go out of the ass’ of Air Force One, observers say

China’s leaders have been accused of delivering a calculated diplomatic snub to Barack Obama after the US president was not provided with a staircase to leave his plane during his chaotic arrival in Hangzhou before the start of the G20.

But the leader of the world’s largest economy, who is on his final tour of Asia, was forced to disembark from Air Force One through a little-used exit in the plane’s belly after no rolling staircase was provided when he landed in the eastern Chinese city on Saturday afternoon.

“The reception that President Obama and his staff got when they arrived here Saturday afternoon was bruising, even by Chinese standards,” the New York Times reported.