It's Worth Every Minute: In Commencement Address Award Winning British Author Defends Free Speech says “There’s Nothing Virtuous about Being Offended”

Famed British author Ian McEwan stood and gave a stirring and strident speech to the graduating class of 2015 at Dickinson College in Pennsylvania. In his speech he focused on the importance of free speech and passionately called on the graduates to remember to always value and defend this most important of liberties. He is clearly no conservative, but he saves his greatest contempt for the liberals of our day who have worked to silence those who do not fit their politically correct mold… particularly those who have stood against Charlie Hebdo and the prudes on college campuses who seek to silence any dissent.

It’s a brilliant speech and well worth your time – and if you happen to know any of the 41% of Americans willing to end free speech… please share this with them.

Posted by Brock Townsend at Wednesday, May 27, 2015 No comments:

Study: The Average American Attention Span Is Now 8 Seconds – Lower Than a Goldfish 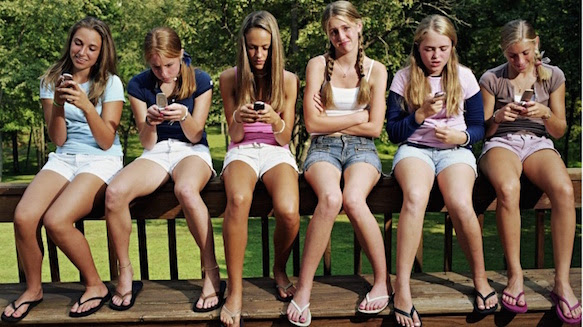 A study from Microsoft involving more than 2,000 people has found that the average attention span has dipped to a low 8 seconds – down from 12 seconds in 2000. A goldfish has an attention span of 9 seconds.

There are many effects from smartphones and the like on the human body which are never written about. Information technology (IT) is much more powerful in unrecognized ways than is generally acknowledged. Because these various IT devices are often very close to a person’s body, they can and do have profound effects on the human bioelectric field. The key factor in this ever-intensifying dynamic between human and technology is the length of time of daily interaction.

In other words, picking up a cellphone to make a couple of calls a day is one thing; being tied to your smartphone 24 hour a day, 7 days a week is something altogether different. Herein lies one of the key causes of the shrinking attention span. Additionally, constant exposure to cell phones near our heads may be dangerous.

One of the more frustrating aspects to the Waco “Twin Peaks” biker shooting story is the lack of photographic references to aid in a full understanding of the proximity of all the characters, suspects and witnesses involved.

However, after reviewing hundreds of media articles showing bits and pieces of the event we finally have some optical references for a story as it is told.

But before going to that aspect another controversial point should be expressed.

No-one here is saying the police, in totality, did anything wrong.  Conversely, it would be unfair to think EVERYONE, who were rounded up as 170 ‘conspiracy suspects’ and who were detained in the aftermath, is guilty of murder.


It's graduation time! Have we learned much? No.

College has become a scam.

Some students benefit: those with full scholarships and/or rich parents so they don't go deep into debt, those who love learning for its own sake and land jobs in academia and those who get jobs that require a college credential.

But that's not most students.


More @ Rasmussen
Posted by Brock Townsend at Wednesday, May 27, 2015 No comments:

Senior NATO Official Claims We’ll Be at War by Summer 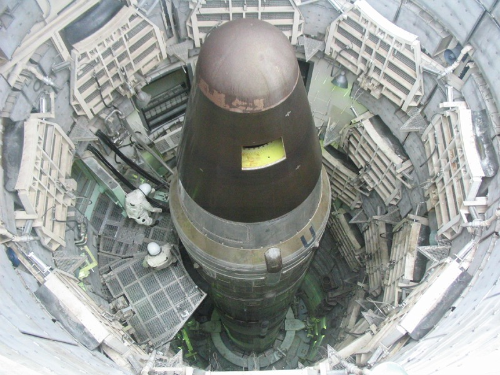 Last week, former NSA intelligence analyst John Schindler posted a rather disturbing tweet. With a statement that one could only assume to be a reference towards Russia, Schindler wrote “Said a senior NATO (non-US) GOFO to me today: “We’ll probably be at war this summer. If we’re lucky it won’t be nuclear.” Let that sink in.”

So who is John Schindler? As a ten-year veteran of the NSA, he was in the news a bit more when Snowden was making frequent headlines. He used to be a professor at the U.S. Naval War College, and is currently a frequent contributor to Business Insider. According to his biography on Business Insider, he used to teach classes on security, strategy, intelligence, and terrorism, and he has “collaborated closely with other government agencies who would probably prefer he didn’t mention them.” It’s safe to say that Schindler probably brushes shoulders with high-ranking officials from time to time, so his tweet should be taken seriously.


More @ The Daily Sheeple
Posted by Brock Townsend at Wednesday, May 27, 2015 No comments:

Conservative activist Alveda King, a Birmingham native and niece of civil rights icon Martin Luther King, Jr., sent Alabama lawmakers a letter last week asking them to come up with “more creative solutions than what is offered in the one size fits all Common Core curriculum.”The letter, distributed through conservative group Eagle Forum, asserts that Common Core will “do more harm than good; hurting most those least able to pull themselves up out of the current educational environment of muck and more.”

“All children need to and deserve to access their full God-given potential,” King wrote.

“By design, Common Core treats every child as a statistic to be measured by standardized tests.”


More @ Yellowhammer News
Posted by Brock Townsend at Wednesday, May 27, 2015 No comments:

Baltimore Residents: We Don’t Think the Police Are Actively Doing Their Jobs

As the first commenter stated: Can't imagine why."

Two Baltimore residents stated that they believed the police in the city are not doing their jobs in interviews broadcast on Tuesday’s “The Lead” on CNN.

Rev. Jamal Bryant, (who National Correspondent Suzanne Malveaux said is “a close friend” of the Gray family) the Pastor of Empowerment Temple Church, added, “It’s almost akin to having a substitute teach in the middle of the semester who turns a blind eye, doesn’t know the students, and is not, in fact, giving a grade. And so it’s a very dangerous time in our city when crime is going up, but arrests are going down.”

Months after the U.S. Department of Veterans Affairs (VA) pledged to improve its treatment of veterans, disabled student veteran Jeremy Rawls is hoping his college might do the same.

Since February, the rising senior at Mississippi College in Clinton, Miss. has struggled to maintain good grades and reclaim his work-study position after MC administrators allegedly suspended him and labeled him a threat to himself and other students.


“If they’ll do this to me, and I’m one of the most outspoken veterans on campus, they’ll definitely do this to others.”
In an exclusive interview with Campus Reform, the former active-duty Marine who served two combat tours in Iraq said his suspension came after he requested to meet with a different counselor in the school’s Office of Counseling and Disability Services. Rawls, who is diagnosed with combat-related post-traumatic stress disorder (PTSD), was originally paired with a female counselor who wore traditional Muslim dress during his initial visit to the office.


More @ Campus Reform
Posted by Brock Townsend at Wednesday, May 27, 2015 No comments:

The Real “No-Go Zone” of France: A Forbidden No Man’s Land Poisoned by War

Via Jeffery, The Feral Irishman 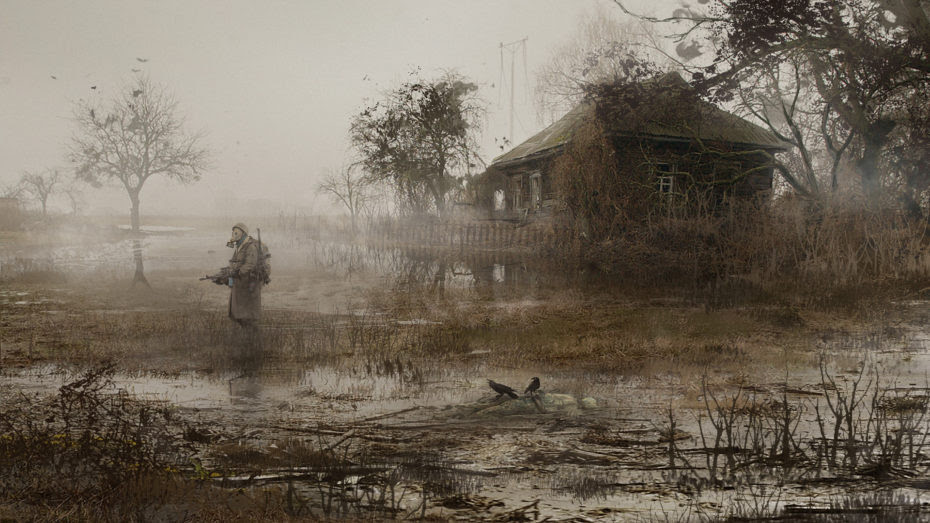 When you imagine France and its scenic countryside, you might think of the picturesque villages, vineyards a plenty and endless rolling green hills to drive through on a blissful summer road trip. But there’s one corner of this scenic country that no one has been allowed to enter for nearly a century, known as the “Zone Rouge” (the red zone).

Pictured above is an artist’s impression of the forsaken territory, originally covering more than 1,200 square kilometres (460 sq miles) in the years following the Great War. Today, around 100km2 (roughly the size of Paris), is still strictly prohibited by law from public entry and agricultural use because of an impossible amount of human remains and unexploded chemical munitions yet to be recovered from the battlefields of both world wars.

Step inside the real “No Go-Zone”…

More @ Messynessy
Posted by Brock Townsend at Wednesday, May 27, 2015 6 comments:

Stephan Bauman is CEO of World Relief and one of 5 employees making a six-figure salary largely on your dime while advocating for 65,000 Syrians be resettled in your towns and cities!

What do I mean by that?

I mean that because federal resettlement contractor, World Relief (National Association of Evangelicals), decided to target that town, of all places, we have made an enormous leap in our understanding of how the secretive UN/US State Department Refugee Admissions and Resettlement program operates.

Additionally we are gaining a model for citizen involvement and a blueprint for what needs to happen going forward.

Spartanburg also ties in to the much larger issue in Washington right now—-should we do what the UN wants and admit 65,000 Syrians to the US in the next year or so?  World Relief is on record with a resounding—YES!

And, to top it all off, since Spartanburg happens to fall in the district of the chairman of the subcommittee responsible for the US Refugee Program, we hold out hope that oversight hearings will be scheduled soon to begin to review a program that has literally become a multi-billion dollar a year industry that is way too large and way too secretive.