Unless you believe the polls from CNN, NBC, and New York Times, there is no blue wave coming in November. At the very worst I see things staying pretty much as they are. A lot can happen in the next four weeks. But if things continue as they are now, Democrats will lose seats. Democrats stand to lose 0-5 Senate seats, and perhaps 6 to over 15 seats in the House.

If we stay on the current path, Democrats are not going to like the November outcome. A lot can happen both bad or good. There is a good possibility Republicans will beat historical trends of off year elections. This is possible for many reasons. The latest is the “Kavanaugh Catastrophe.” The left are completely out of touch with America today. They have silenced Free Speech to the point they only hear one side. They do not even know there is another. Democrats and the Media tried the old standard play, smear and move on.

They forgot fifty years of Media bias and lies has damaged their credibility. Other than a tiny segment, the public do not believe them. Too many remember the Media attacks on accused sexual assaults. Only to discover they had ZERO credibility. False accusations that destroyed good people. Then the Media ignored the damage they themselves had done. People do not believe the accusation, they want some proof. This Ford accusation had more holes than a slice of Swiss Cheese. And the Media ignored the lies and misstatements by Ford and the others.

The never-ending negativity from Democrats and the Media are another factor. Working Americans, Independents and even Democrats see the improvements. There are more jobs. Their wages going up. Millions got bonuses from the Trump Tax Bill. But the Media and Democrats cannot force themselves to say anything unless it is negative. One of the overriding truisms, positive plays better. We have President Trump and Republicans talking about making things even better. The only thing from the Media and Democrats is how horrible it is. But the people out there working, know it is better and the lies just turn them off.

We are now over two years into nonstop Media stories, “President Trump and the Russians.” Two years of digging. Lots of breaking news innuendo and allegations but NO PROOF. They lost sight of Alinsky’s Rules. Rule Number 7; “A tactic that drags on too long becomes a drag.” And the whole Russian collusion story is now a drag. And yet they cannot shut-up about it. People, even Democrats are bored, and want to know, “Where’s the beef?”

If what I believe is a real possibility, Democrats actually lose seats. The left will come unglued. If Republicans increase their influence I look for the left shift quickly to violence. I expect, we will see shooting and assassinations before the end of the year. We now see verbal attacks. If they lose the election there will be shootings of Republicans in restaurants before Thanksgiving. All Republicans in Congress and working in the White House will need security just to walk outside, shop, or eat in a diner. 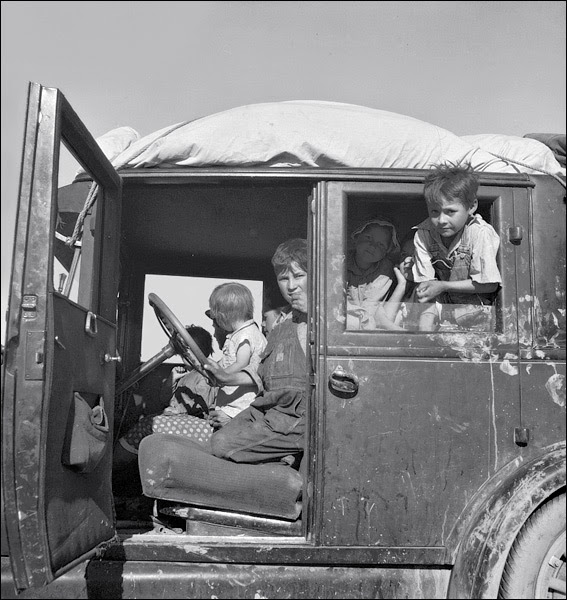 The "Dust Bowl" drought of the 'thirties hit northwestern Oklahoma hard. By 1940 about 60,000 had left, mostly marginal farmers driven from the land by bankruptcy or despair. The outflow continued into the 1940s when stay behinds learned of employment opportunities elsewhere from relatives and friends, totaling over 162,500 by 1950.

The most male-dominated military service in the Department of Defense has embarked on an ambitious initiative to strip unnecessary masculine pronouns and other indicators of gender bias out of its foundational publications within the next 24 months...
Meanwhile, the service has institutionalized training on the phenomenon of unconscious bias, with courses now offered at Marine Corps boot camp and all schoolhouses, including commanders' courses.

It isn't the training that should be institutionalized, it's the leadership. Can't have Marines running around acting like, um, Marines. Next is a series of well publicized demotions for an ill-considered word, a careless gesture. This is more evidence feminists "succeed" in combat outfits by paralyzing honchos with fear and extorting preferences, not by performing to standard as-is.
"Unnecessary masculine pronouns"—gag. Meanwhile, Spetsnaz trains their warriors by putting them in a room with an entrenching tool and a rabid dog. You can bet our enemies pass this stuff around for laughs.

Z Man says it more tactfully than I would. Like many people my age, I've known survivors of Nazi extermination camps and nameless slave labor camps, of Iwo Jima and Khe San, of captivity by the Soviets and of much else. Using the word "survive" as feminists choose to use it reveals more about feminism than the victim.
Posted by Brock Townsend at Tuesday, October 09, 2018 No comments: 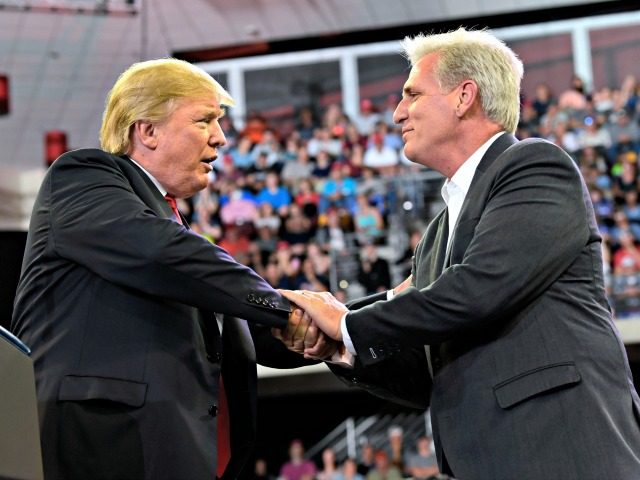 House Majority Leader Kevin McCarthy will introduce a bill this week that will fully fund President Donald Trump’s planned wall along the U.S. border with Mexico, thereby setting the midterm elections up as a referendum on immigration policy, Breitbart News has learned exclusively.

“We intend on having a full-fledged discussion on how to complete our mission to secure the border, and yes, we will have a fight about this,” Ryan said of the wall fight that looms at a news conference on Monday.

Now Breitbart News can exclusively report exactly what is expected to happen in the lead-up to, and immediate aftermath of, the midterm election. First, McCarthy, his office confirmed to Breitbart News, will introduce a bill this week that includes the full funding for the border wall–about $23.4 billion more than what has already gone to the wall effort–as well as several other enforcement measures that have already passed the House of Representatives. Congress has already directed $1.6 billion to wall funding in the omnibus spending bill for fiscal year 2018 that just passed Congress, and McCarthy’s new bill–titled the “Build the Wall, Enforce the Law Act”–would take the wall the rest of the way, in addition to providing for a variety of enforcement measures. 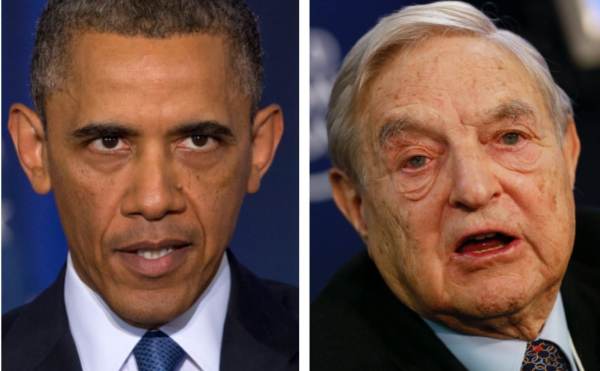 Tom Fitton and Judicial Watch announced on Monday the Obama State Department was working hand in glove with Soros operatives.

Fitton said the US State Department spent $9 million in taxpayer dollars to fund Soros operations in Albania.
Tom Fitton, “I don’t know about you but I don’t want any George Soros anywhere near our State Department or our United States Agency for International Development.”

Fitton also reminded his audience that Soros operatives were harassing and stalking US Senators last week on Capitol Hill.


More with video at The Gateway Pundit
Posted by Brock Townsend at Tuesday, October 09, 2018 No comments:

"This is how sick NC has become"

That UNC would award a fraud; namely, Christine Ballsy Fraud. This almost beyond belief; a sort of Onion satire sprung to 'life'

Let's hope common  sense prevails and alumni do not get awards for making unsupported allegations that, in reality, are political accusations contrived to falsely assassinate a  person's character to achieve a political end.  Rewarding anyone for that is like rewarding people for successfully robbing
banks. Reject her misguided nomination UNC because if you don't when the truth comes out, you're going to look rather foolish when you recant the award.

Rand Paul on political climate: 'I really worry that someone is going to be killed'

Sen. Rand Paul (R-Ky.) on Tuesday said lawmakers should tamp down their political rhetoric, warning that otherwise it could lead to violence.

Paul, during an interview with a Kentucky radio station, said he was concerned that there "is going to be an assassination," after a few tense weeks around the Capitol because of the Supreme Court fight.
"I really worry that someone is going to be killed and that those who are ratcheting up the conversation ... they have to realize that they bear some responsibility if this elevates to violence," Paul said. 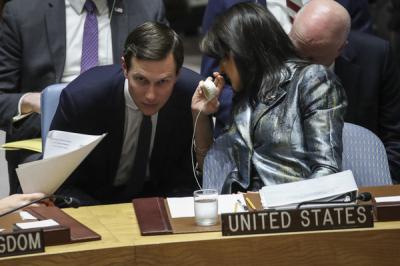 Haley made the remark from the Oval Office as she announced her resignation at the end of the year.

"I can’t say enough good things about Jared and Ivanka [Trump]," she said. "Jared is such a hidden genius that no one understands."

After a 50-year siege, the great strategic fortress of liberalism has fallen.

With the elevation of Judge Brett Kavanaugh, the Supreme Court seems secure for constitutionalism — perhaps for decades.

The shrieks from the gallery of the Senate chamber as the vote came in on Saturday, and the sight of that bawling mob clawing at the doors of the Supreme Court as the new justice took his oath, confirm it.

The Democratic Party has sustained a historic defeat.

And the triumph is President Trump’s 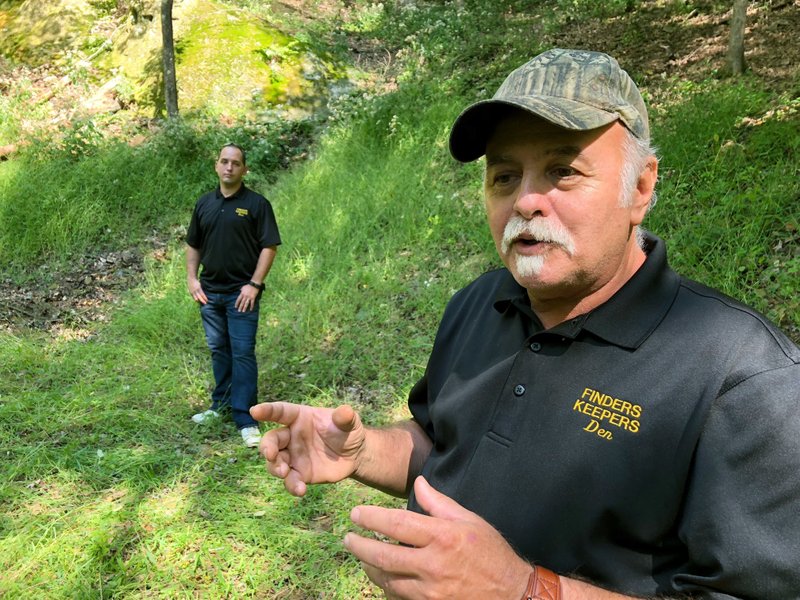 Damn, if I would have told anyone.

Surrounded by dozens of stone-faced FBI agents on a frigid winter’s day, Dennis and Kem Parada stared down at the empty hole and knew something wasn’t right.

The father-son duo spent years combing this bit of Pennsylvania wilderness with high-end metal detectors, drills and other tools to prospect for a fabled cache of Civil War gold. They felt certain they’d discovered the hiding place of the long-lost booty, leading the FBI to the mountainous, heavily wooded area last March.

Now, at the end of the court-sanctioned excavation, the FBI escorted the treasure hunters to the snow-covered site and asked them what they saw. They gazed at the pit. Not so much as a glimmer of gold dust, let alone the tons of precious metal they said an FBI contractor’s instruments had detected.

Via Eddie via Theo Spark 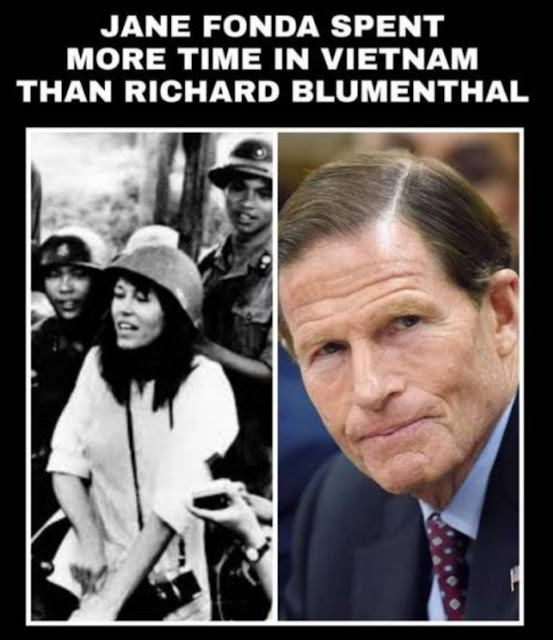 Don’t tell former FBI general counsel James Baker that those now-infamous discussions about secretly recording President Donald Trump and using the tapes to remove him from office were a joke.

He apparently doesn’t believe it. And he held quite the vantage point — he was on the inside of the bureau’s leadership in May 2017, when the discussions occurred.

Baker told Congress last week that his boss — then-Acting FBI Director Andrew McCabe — was dead serious about the idea of surreptitiously recording the 45th president and using the evidence to make the case that Trump should be removed from office, according to my sources.

More @ The Hill
Posted by Brock Townsend at Tuesday, October 09, 2018 No comments:

Posted by Brock Townsend at Tuesday, October 09, 2018 No comments:

Posted by Brock Townsend at Tuesday, October 09, 2018 No comments: 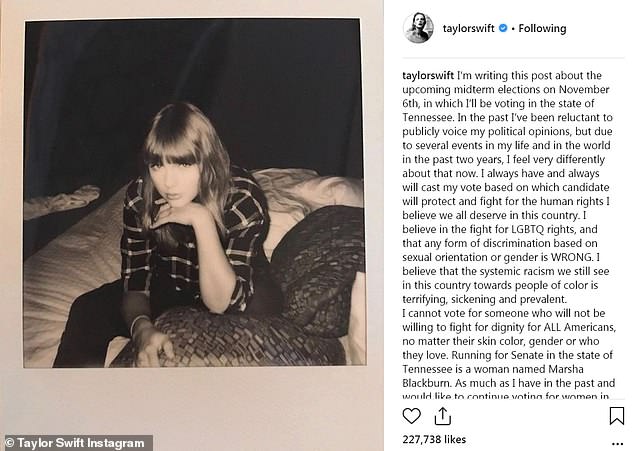 Just when I thought you were the only sane celebrity left in this increasingly mad world of frenzied partisan bullsh*t, you suddenly decide to go all ‘woke’ on me.

As you once sang: ‘Why would you wanna break a perfectly good heart?’

Of course, we all know the answer.

Taylor Swift, who is hugely popular in middle America, hasn’t chosen this moment to abandon her very sensible apolitical stance and come out as a Democrat because she genuinely thought: ‘Oh, I must alienate half my audience today.’

No, she’s done it because the howling Twitter mob hammered her into submission.