An Illinois gun show bans AR-15 sales, landing it at the center of a national gun-control debate The last place one might expect to hear pushback against the National Rifle Association would be at a gun show here, a western suburb of Chicago that reliably votes Republican every election cycle and is the proud home of the Billy Graham Center Museum.


But at the DuPage County Fairgrounds on Sunday, a man selling ammunition, DVDs, military books and a few handguns leaned across his table and said that, as a lifelong NRA member, he isn’t on board with everything the organization stands for.

“I disagree with some of their viewpoints,” said Mitchell Flesner, 67. After the mass shooting in Parkland, Fla., last month that left 17 people dead, Flesner said he would like the NRA to support some kind of regulation that forces teenagers — like 19-year-old Nikolas Cruz, who authorities charged with the killings — to get parental permission before they are allowed to buy AR-15 military-style rifles. 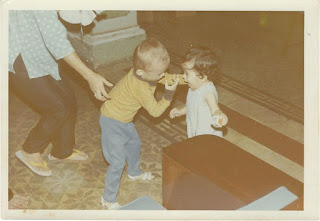 141Tran Quy Cap
Your humble photographer with Co' and Thuy going to a restaurant below. My '69 Datsun Bluebird in the foreground. 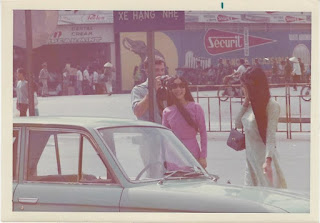 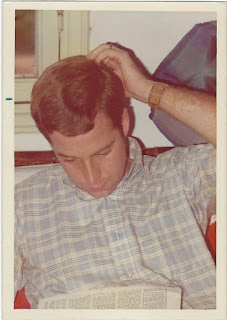 Vientiane, Laos 1969
I bought a Patek Philippe watch, and had the band replaced with a wide 18 carat gold intricately woven one, which was actually a ladies bracelet. I also bought a dinner ring in 18 carat gold with a very nice colored Jade.
Posted by Brock Townsend at Sunday, March 04, 2018 4 comments: Links to this post

Posted by Brock Townsend at Sunday, March 04, 2018 2 comments: Links to this post

France’s best-known populist politician has expressed her utmost outrage at the outcome of prosecution that she was subjected to following her loss of political immunity.

"There has been a total shift to falsified values in France, so I will personally view these charges as a medal, a reward," Marine Le Pen, the leader of France’s right-wing populist Front National, told France 3, a television channel.


More @ Sputnik
Posted by Brock Townsend at Sunday, March 04, 2018 No comments: Links to this post

YouTube has tapped the Southern Poverty Law Center to help it police objectionable content, the Daily Caller reported this week.

What a disaster. YouTube couldn't have chosen a worse or less trustworthy partner.

The SPLC is a dishonest, irresponsible and obnoxiously partisan organization. Trusting them to decide what constitutes objectionable and “extremist” content, as YouTube’s more than 100 “Trusted Flaggers” have been asked to do, is like asking the inmates to run the asylum.


More @ Washington Examiner
Posted by Brock Townsend at Sunday, March 04, 2018 No comments: Links to this post

Posted by Brock Townsend at Sunday, March 04, 2018 No comments: Links to this post

A Nation of Children Wants a Nation of Gun Control 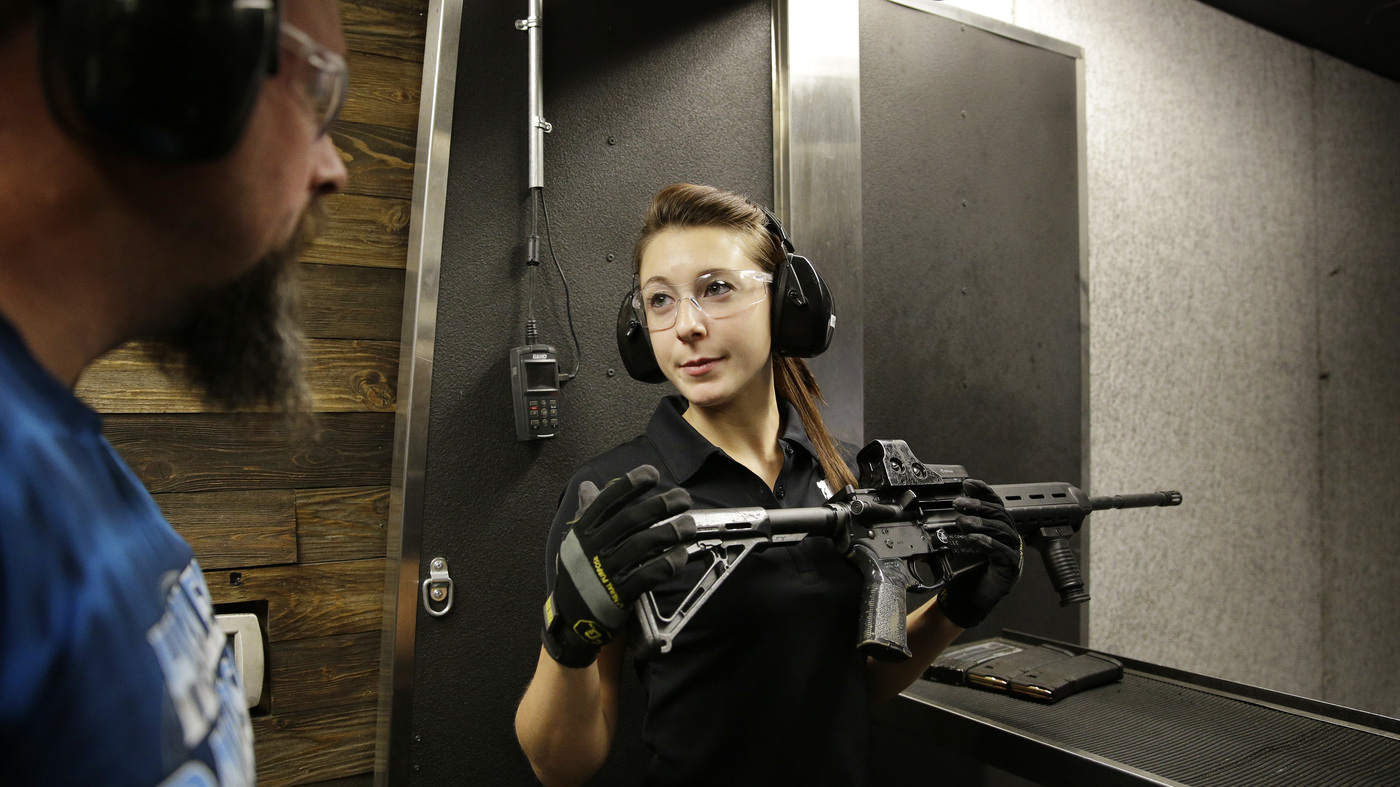 In the history of protests, there is probably nothing less inspiring than a high-schooler refusing to go to school.   It's as if the children threatened not to eat their vegetables; or as if a bad Catholic, upset with the bedrock teachings of the Church, refused to go to Mass.   You can refuse any number of things, but you can't refuse in the most fun way possible, and if you refuse your food, the response of your "oppressors" should be then don't eat your food.   It's your life, and should you choose to ruin it by getting skinny or playing hookey, I say best of luck to you.   If you really want to make an impression, you should douse yourself in gasoline and set yourself on fire.   That way, we'll know you really mean it.

Stalin’s Holodomor in Kazakhstan, or a very brief guide to “The Goloshchekin genocide” The subject of Holodomor, an artificial famine of Stalin’s creation that took the lives of millions of Ukrainians during 1932-33, was a subject of political speculation in Ukraine during the time of pro-Russian president Yanukovych, who denied its genocidal essence. With a record number of Russians viewing Stalin in a positive light, Russian politicians or spokespersons in an attempt to conceal the bloody outcomes of his policies either deny that the Holodomor occurred, or that it was genocide towards Ukrainians. The Ukrainian Holodomor, while underexposed, is nonetheless being discussed.

However, there is a crime of Stalin against humanity that goes relatively unnoticed – the artificial famine against Kazakhs, or the Goloshchekin genocide.

The Passing of Billy Graham: The End of the American “Dream” of Unity 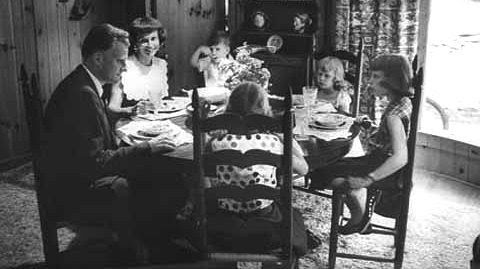 Like many of you, I watched much of the funeral ceremonies for the late Rev. Billy Graham in Charlotte this past Friday. Although I come from a different branch of Christianity where Gregorian chant and a millennia-old liturgy form the major mode of religious communication and the expression of prayer, I was impressed by the intense transparency and simple honesty of the Graham service. Here, truly, was a man of God, motivated by the sincere desire to see the Message of the Gospel spread to every corner of the world.

But for me, there was a deeper symbolism manifested in the funeral service for this towering historical and religious figure.

The Future of the Jews: More of the Past?


It is strange: Jews have been disliked everywhere and in all times. The dislike  appears in odd places.

I was astonished to find that my Nepalese trekking guides were intensely hostile to Jews. They said that Jews (actually Israelis in most cases I think, but the Nepalese do not seem to make the distinction) were loud, demanding, and always trying to force down the guides’ fees. Historically the hostility has often been powerful and, not infrequently, murderous.  Jews have been expelled from country after country, excluded from polite society, subjected to quotas,and required to live in certain regions. Why?


More @ Fred On Everything
Posted by Brock Townsend at Sunday, March 04, 2018 6 comments: Links to this post

Due to extremely high order volume, orders will take at least 10 business days to process.

Palmetto State Armory would like to go on record stating that we support the Second Amendment. While this may seem like an obvious statement, we as a company felt it necessary to make our opinion known to the general public. Palmetto State Armory also strongly supports the First Amendment which enables individuals to voice their opinions, even those in contrast with our own. We believe that a primary purpose of the Second Amendment is actually to protect the First Amendment.

In regards to the actions taken today by the CEO of Dick’s Sporting Goods to no longer sell the AR-15 platform, while we do not agree with this decision, we recognize the fact that capitalism gives him the right to make this call. PSA however, does have an issue when misinformation is spread in the very next sentence by referring to the platform as an “assault rifle.” AR stands for Armalite Rifle which pays homage to the company that originally created the platform. To blame the rifle or a high capacity magazine for the actions of an evil man is illogical and is only applied when referring to firearms.

Senseless acts of violence are a terrible plague on society that we all recognize we need to try and prevent as a community, but to blame a tool such as a firearm is at very best missing the point of the problem. When a vehicle is used to commit an act of violence we as a society do not blame the car, we do not blame the speed, or the steering wheel, but rather the driver. It is our hopes that we can approach this negativity with humanity and both sides of the argument can come together and have a civil and intellectual conversation that continues to make this amazing county better. We are all in this together, and we all want the same thing. Safety, happiness, and the “American Dream.”
Posted by Brock Townsend at Sunday, March 04, 2018 No comments: Links to this post

Devin Nunes: There Is Evidence Of Collusion With Hillary

Nunes said he welcomes more investigators to look into Foreign Intelligence Surveillance Act (FISA) court abuses and said he is glad the Inspector General is getting involved.

“We have a media that pretty much refuses to cover this issue at all. We have serious abuses that occurred in the FISA court against the Trump campaign,” Nunes said. “We continue to get facts. We will bring those facts forward as we see them.”


More @ The Daily Caller
Posted by Brock Townsend at Sunday, March 04, 2018 No comments: Links to this post