The video does not do justice to this magnificent edifice

.
Posted by Brock Townsend at Wednesday, April 11, 2018 No comments: Links to this post 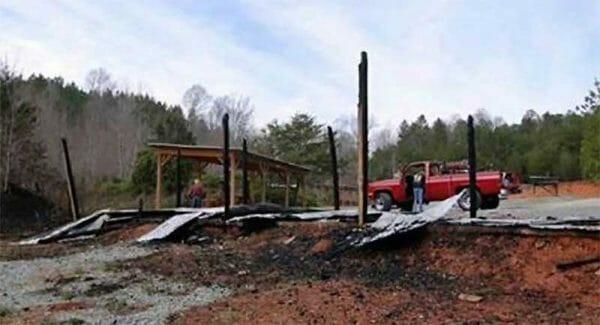 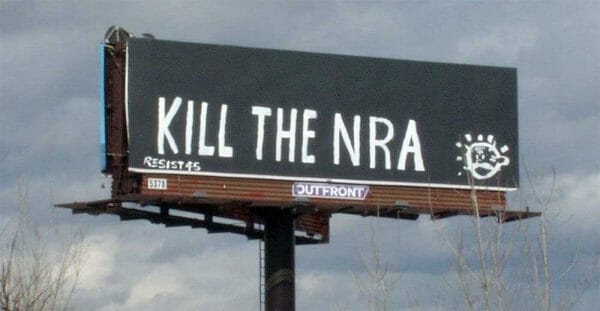 The fire started around 4:33 a.m. on April 2nd, 2018 at Triad Action Shooters Klub on Fuller Mill road in Trinity NC.

“There was arson at the TASK early Monday morning range. Three of the five covered firing points were completely destroyed. The remaining two had five one-gallon plastic containers of gasoline placed strategically next to the wooden posts that support the roof and under the piled up shooting benches. Two covered firing lines were not burned because the fuses to the gas failed.


Editor's Note:  Our friend Bobby Powell conducted this interview two months ago with Virginia Senator Richard Black.  It's not like we haven't been telling people for years the truth about Syria and how the only real problem there is the US funding, training and arming Islamic jihadis to overthrow the Assad regime.  And, despite a new president who told you that we didn't need to be there, he's already launched missiles into the country over rumors of an Assad attack with no evidence and is apparently getting ready to attack again with no evidence and no congressional authority as outlined in our Constitution.

Virginia Senator Dick Black exposes the WMD false flag in Syria, which was really carried out by the remnants of ISIS and not Syrian President Assad.

Think. Why would Assad use chemical weapons on civilians, knowing that it would draw world-wide condemnation and US intervention, when the jihadists are surrounded and on the brink of annihilation?

GOP Rep Nunes: ‘We Will Have a Plan to Hold in Contempt and to Impeach’ FBI’s Wray Over Withheld Documents 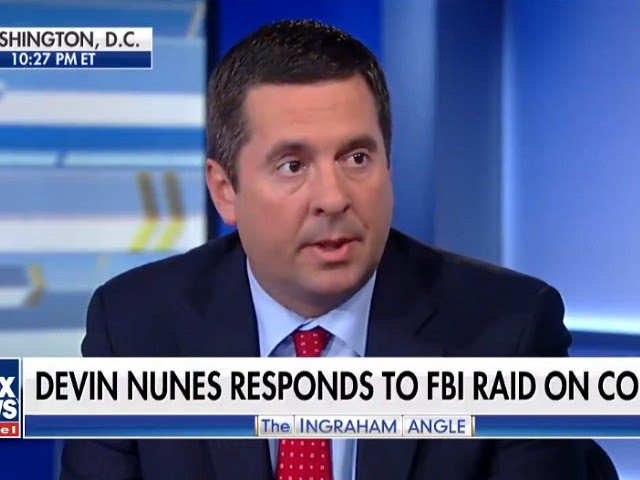 Tuesday on Fox News Channel’s “The Ingraham Angle,” Rep. Devin Nunes (R-CA), the chairman of the House Intelligence Committee, warned the Department of Justice and the FBI against not being forthcoming with documents his committee has subpoenaed regarding alleged wrongdoing at those agencies.

Nunes said if necessary, Congress would not only seek a contempt citation but the impeachment of FBI Director Christopher Wray.

“Absolutely,” Nunes replied. “We’re not messing around here. They’re going to give these documents.”

Nunes went on to dismiss accusations he was acting as President Donald Trump’s lackey by seeking to implement these measures.

“As I said before, whenever I see evidence of Russian collusion, I’ll be the first person standing out there on the steps of the Capitol that [saying] I found Russian collusion with the Trump campaign,” Nunes declared. “I haven’t found it yet, but I found a whole lot of other stuff that always puts DOJ and FBI in a bad light, unfortunately.”
Posted by Brock Townsend at Wednesday, April 11, 2018 No comments: Links to this post

Theresa May Won’t Blame Assad for Chemical Attack, Not ‘Confirmed’ 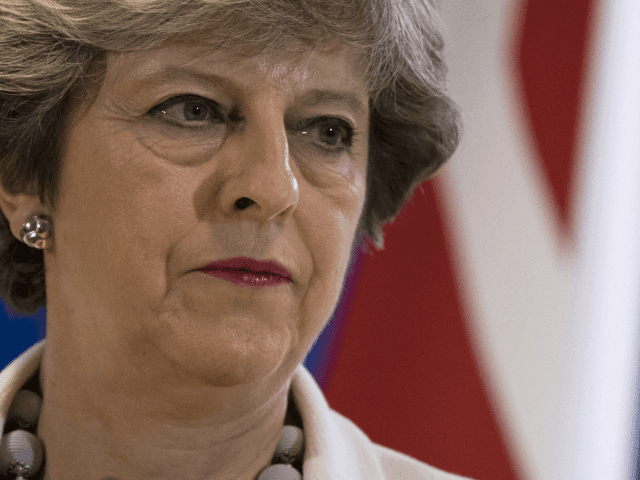 Prime Minister Theresa May has indicated that more evidence is needed before blaming Bashar al-Assad for the latest chemical attack in Syria and taking military action against his regime.

Following phone calls with U.S. President Donald Trump and French premier Emmanuel Macron, No 10 said the international community “needed to respond” but did not confirm Assad was responsible at this stage.

“[The leaders] agreed that reports of a chemical weapons attack in Syria were utterly reprehensible and if confirmed, represented further evidence of the Assad regime’s appalling cruelty against its own people and

Posted by Brock Townsend at Wednesday, April 11, 2018 No comments: Links to this post

Eminent historian Dr. Clyde Wilson in one of his many books on American history expresses this sentiment about the “old-style history:”

The historical profession has been used, more than most perhaps realize (because they are often the victims of it), to indoctrinate the masses into an often times anti-Christian view of reality. Dr. Wilson talks about two uses of history: as a symbol for social unity and a record of historical fact. Both are important as can be perfectly observed in the biblical account of the nation of Israel.

The history commonly taught in today’s schools is disjointed however. The record of historical fact is forced to fit a symbol for social unity that it cannot. Dr. Wilson uses the Civil War event as a perfect example of this, but this disjointedness can also be observed at almost every turn in almost all modern mainstream interpretations.


More @ The Abbeville Institute
Posted by Brock Townsend at Wednesday, April 11, 2018 No comments: Links to this post

Two Confederate memorials at a Madison cemetery will be removed permanently.

The Madison Common Council voted Tuesday night to remove the two memorials at Forest Hill Cemetery. The monuments will be offered to the Wisconsin Historical Society or the Wisconsin Veterans Museum. If both groups do not want the memorials, they will be put in storage.

The two memorials were located at an area at Forest Hill Cemetery called Confederate Rest. 140 Confederate soldiers that died while being held prisoner at Camp Randall are buried at the cemetery.

A small monument just outside the burial section described the men as "valiant" soldiers, while a larger monument is inscribed with the names of the deceased.

A Landmark Commission's decision in March recommended removing the small plaque and keep the larger monument in place, while adding an interpretive display.
Posted by Brock Townsend at Wednesday, April 11, 2018 8 comments: Links to this post 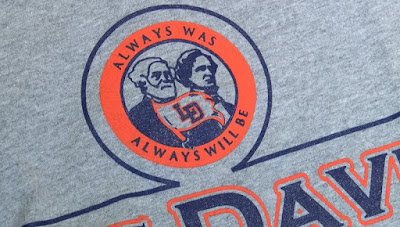 Good news out of Hanover County!

No school name changes are coming in Hanover. The Hanover School Board voted 5-2 on Tuesday night to keep the names AND mascots of Lee-Davis High School (Confederates) and Stonewall Jackson Middle School (Rebels) after a month long process in which the majority of county residents urged the board to leave the names undisturbed.


More @ The Virginia Flaggers
Posted by Brock Townsend at Wednesday, April 11, 2018 4 comments: Links to this post

Guess Whose House Wasn't Raided by the FBI

The facts and the lack of an actual crime will not stop Robert Mueller.  Just show him the man, or woman, and he will show you the crime, whether it be Michael Flynn, Paul Manafort, or now Michael Cohen.  As with the pre-investigation exoneration of Hillary Clinton by Comey, the facts don't matter.  Neither does, apparently, attorney-client privilege.  Sentence first, trial later.  These individuals are merely collateral damage in Mueller's vendetta against Trump.


If there was any doubt that Robert Mueller's Ahab-like goal is the unseating of President Trump at all costs and by any means, it was erased by the thuggish FBI raid he orchestrated on the home and office of Trump personal attorney Michael Cohen.

"Trump is a fool if he actually authorizes an attack against Syrian forces and kills more Russian soldiers. " 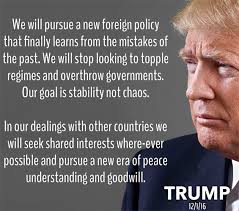 Really....?
The Chemical attack in Syria is promoted by the media as an atrocity committed by Assad and the official Syrian government armed forces.

There has yet been no proof of ANY use of proscribed chemical weapons by thebSyrian military.  None.  Zero.

The Syrian Army has defeated the rebels and is in the process of mopping up the survivors. Why would they use chemical weapons now, in the closing moments of their war.  Why would they soil their hard won victory now, in an unnecessary and wasted attack?

There IS independent, international proof that the 'rebel' forces have used chemical weapons 54 times so far.

The initial claim of government responsibility for this latest attack originated withnthe 'White Helmets' , an organization with strong ties to Hamas and the rebel cause.

The 'White Helmets' purport to to be a humanitarian organization, but in fact, they are a cover for enemy propaganda operations.

Are we about to go to war with Russia over something so spurious and unproven?

Are Americans going to die because of this 'False Flag' set up?

--4Branch
Posted by Brock Townsend at Wednesday, April 11, 2018 2 comments: Links to this post