If You Have $10 And No Debt, You Are Richer Than 15% Of American Households Put Together

Via comment by Anonymous on ‘Not a typo’: Disbelief as Boston Globe confirms m..

It is possible to take this as a sign of the approaching Apocalypse - that 15% of American households own less than nothing. It is also possible to simply observe that if you've got $10 in your pocket and no debts then you've got more wealth that 15% of those American households. And the way this works is that that ten buck bill means that you have more wealth that that 15% of American households put together. We can then go on to start chuntering about how the revolution is imminent as the oppressed masses begin to rise up against their plutocratic overlords. How can we allow a system to persist where the Waltons have that $100 billion derived from Walmart and yet near one sixth of us all have nothing, in aggregate? 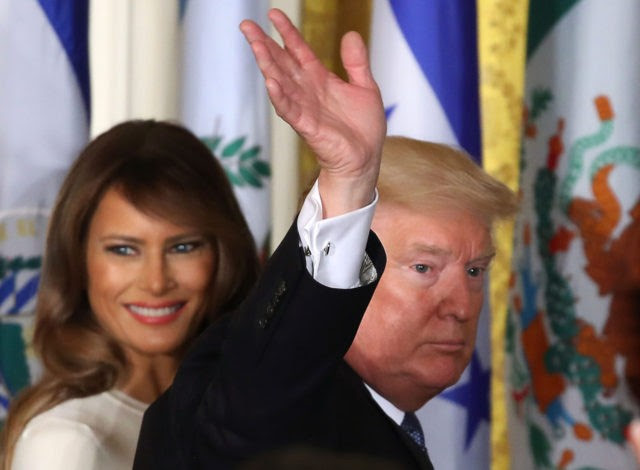 Tax cuts are going to grow the economy by much more than expected.

That’s the verdict of the Wall Street Journal‘s prestigious “Heard on the Street” column. Importantly, Heard on the Street is run by the news side of the WSJ, not its tax-cut loving editorial page. So there’s no particular pro-tax cut or pro-Republican bias at work here.


There were several surprises for investors when Republicans unveiled their final tax bill Friday, but the most significant is that they add up to a bigger boost to economic growth next year.

The bigger stimulus could fundamentally change how the market behaves in 2018. Sales and profits will be stronger than most investors expect. But with the unemployment rate low, wage pressures will mount faster, and inflation should pick up more. If the tax plan passes, as seems likely, it could lead the Federal Reserve to raise rates faster, putting the bond market at risk.

The tax plan was always expected to juice the economy, but the Senate version, which passed after the House approved its bill, had relatively modest short-term stimulus.

While the stock market kept rising in anticipation of a cut, the bond market hardly budged. The bill unveiled Friday front-loaded more than $200 billion in stimulus for next year. Economists had been penciling in a boost of about a third of a percentage point next year. Now that is looking way low.

Some of the pro-growth changes include eliminating any delay to the corporate tax cuts, lowering of the top individual rate, lowering rates for most taxpayers, and increasing the child tax credit. The latter is particularly important because middle-class households are “more likely to spend extra income than the rich.”

The tax bill could increase GDP by 1.3 percent, Lahart writes.

That’s an additional full percentage point gain from what economists had been expecting based on earlier bills.

Posted by Brock Townsend at Monday, December 18, 2017 2 comments: Links to this post

J. Edgar Hoover used to say that “justice is just incidental to law and order.” It was a telling quote from someone who routinely abused his power in seeking what he viewed as enemies of law and order. Hoover is now a pariah at the FBI and the Justice Department, but his attitude toward the use of federal power lingers like a dormant virus. Too often investigators interpret uncertain legal questions as a license for action.

That seems to be the case with a new and troubling controversy over a massive seizure of emails by special counsel Robert Mueller from the General Services Administration (GSA). Mueller did an end run around Trump transition officials and counsel by seizing tens of thousands of emails from the GSA despite claims of privilege. The move was legally unprecedented and strategically reckless. In a gratuitous muscle play, Mueller may have added a potential complication to the use of evidence that could contaminate much of his investigation in any later trial.


More @ The Hill
Posted by Brock Townsend at Monday, December 18, 2017 4 comments: Links to this post

"Sorry Chump, You Didn't Have It In Writing"

At a time when the United States is convulsed by anti-Russian hysteria and demonization of Vladimir Putin, a trove of recently declassified Cold War documents reveals the astounding extent of the lies, duplicity and double-dealing engaged in by the western powers with the collapsing Soviet Union in 1990.

I was covering Moscow in those days and met some of the key players in this sordid drama.

Ever since, I’ve been writing that the Soviet leader, Mikhail Gorbachev, and Foreign Minister, Eduard Shevardnadze, were shamelessly lied to and deceived by the United States, Britain, and their appendage, NATO.

All I know is that sponsoring  a wife's brother and sister took 12 years and the sponsors have to be responsible for them during a 10 year period where they cannot take any government assistance which is the way it should be.

The Trump administration is expanding its war on liberal immigration practices, targeting so-called “chain migration,” a costly loophole that allows a legal immigrant to bring in relatives even if they are unskilled and destined to go on welfare. 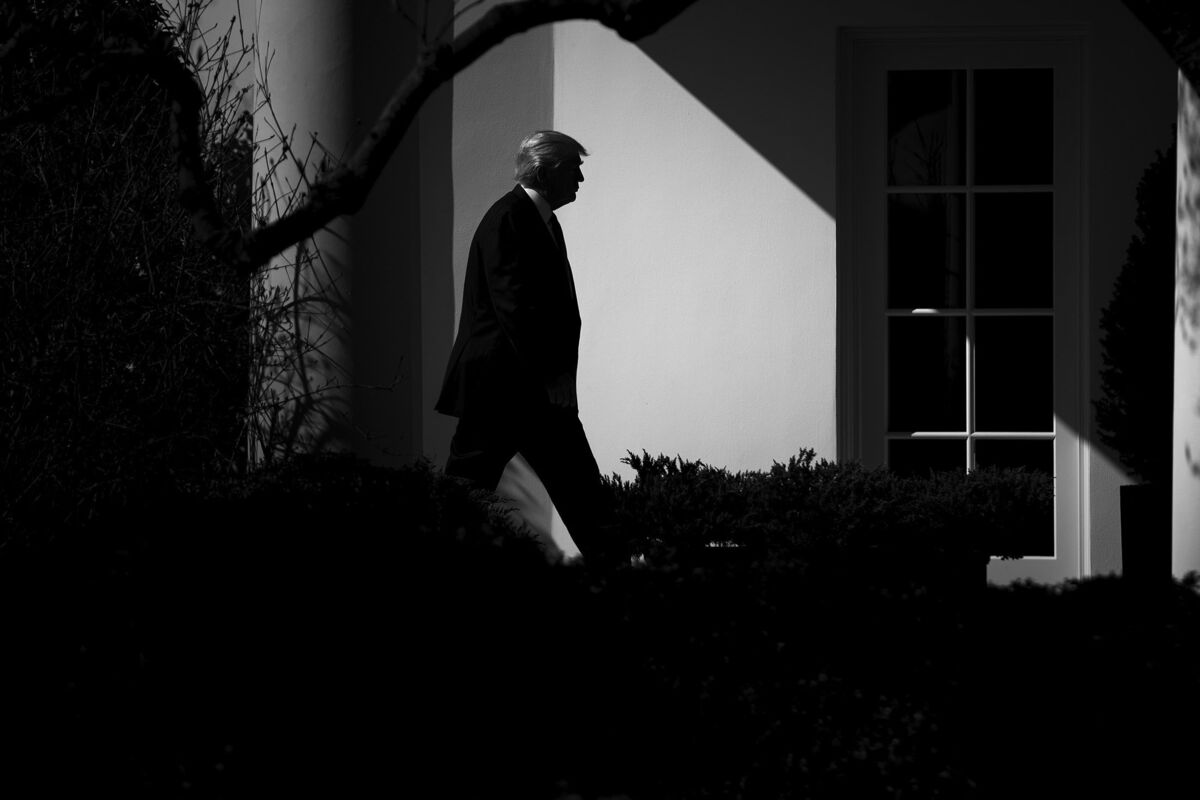 Across the government, career staffers are quietly finding ways to continue old policies, sometimes just by renaming a project.

That’s surprising because Trump has called global warming a hoax. His political appointees at the Commerce Department, which oversees NOAA, have complained to its staff, but stopped short of demanding changes or altering the findings. So the reports, blog posts and public updates kept flowing. The bureaucrats won.

“Everything coming out of NOAA does not reflect this administration,” said David Schnare, a retired lawyer for an industry-backed think tank who served on Trump’s transition team and is skeptical about climate change. “It reflects the last one.”


More @ Bloomberg
Posted by Brock Townsend at Monday, December 18, 2017 No comments: Links to this post 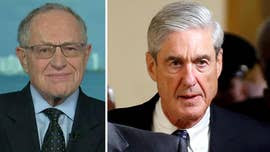 The Trump team is probably not going to seek to fire Special Counsel Robert Mueller. To do so would be to provoke Trump’s crucial supporters in Congress.  Instead, they seem to be seeking to discredit him and his investigation.

This is apparently designed to achieve two possible results: the first is to put pressure on the special prosecutor to lean over backwards in order to avoid any accusation of bias against Trump and his team. Mueller cares deeply about his reputation for integrity and will want to emerge from this process with that reputation intact.  Accordingly, he may err – consciously or unconsciously – in favor of Trump in close cases so that the public will regard him as unbiased and fair-minded. Here’s something rare from the New York Times: An admission that President Donald Trump didn’t get the acknowledgement he deserved for his efforts in the fight against ISIS.

The piece was written by Ross Douthat, who is one of the paper’s conservative columnists, but remember that’s by the standards of the New York Times so you can take it with a grain of salt.
The man Douthat replaced at the Times was notorious RINO Bill Kristol. Regardless, he’s given Trump a fair hearing on this matter after criticizing the President on no shortage of occasions in the past.


More @ The Political Insider
Posted by Brock Townsend at Monday, December 18, 2017 2 comments: Links to this post

‘Not a typo’: Disbelief as Boston Globe confirms median net worth of black Bostonians is $8 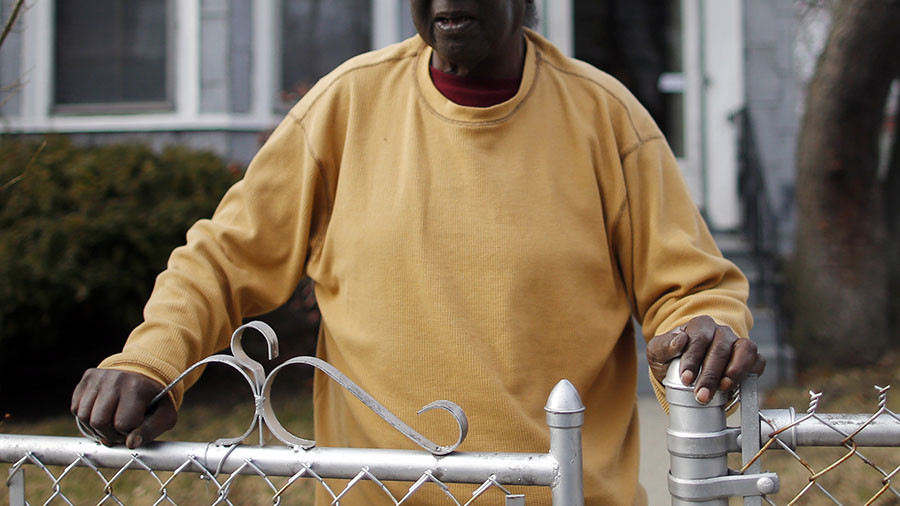 After 87 Years of Democrat Rule, Net Worth of Average Black Bostonian Revealed

The Boston Globe had to explain there were no typographical errors in its report about Boston’s black community. Readers contacted the paper after it reported the median net worth of African-American households in the Boston area is a paltry $8.
The Boston Globe’s Spotlight investigation team cited the statistic in its first installment of a series focusing on Boston’s black community and the city’s reputation as one of the most racist urban regions in America.

Sandwiched between other realities facing African-Americans living in the periphery of Massachusetts’ capital, the eyebrow-raising statistic left many readers wondering if the number was a typo, prompting the Boston Globe to write a follow-up article the next day, on December 11, titled:

“That was no typo: The median net worth of black Bostonians really is $8.”

Posted by Brock Townsend at Monday, December 18, 2017 No comments: Links to this post


If a terrorist wanted to find the most vulnerable point in America’s airport network they could not have hoped for a better guide than what just happened at Atlanta Hartsfield-Jackson.

Just after 1 p.m. Sunday the whole airport, the world’s busiest, went dark for 11 hours. Thousands of flights were disrupted. For many hours nobody in authority attempted to explain—or even seemed able to explain—what had happened.

Just imagine this is a classic plan for phase one of a terrorist attack: Render the target blind. None of the defenses are operational. Thousands of people are trapped in restricted space without directions about how they can find an exit.

As chaos spreads nobody knows who turn to for information. The communications blackout is as complete as the power blackout.


More @ The Daily Beast
Posted by Brock Townsend at Monday, December 18, 2017 25 comments: Links to this post