The Kwanzaa Con: Created by a Rapist and Torturer

Every year I post a piece on the troubled history of Kwanzaa. This year will be no exception. Note that some of the newspaper articles I quote are several years old and may no longer be online.

Each year, with the onset of Christmas, we are treated to another gauzy, fluff piece about how great Kwanzaa is by yet another PC spewing columnist. This year, among many others, we find aggrandizement such as that in The Record from New Jersey with, "Kwanzaa sheds light on pride, heritage; Celebration of African-American culture spreads," and the Huffintgon Post with its titled, "Kwanzaa Detroit 2011: Events Celebrate Holiday's 7 Values ." We even find such helpful sites as TeacherPlanet.com’s, "Kwanzaa Resources for Teachers." Yes, the world is filled with celebratory lionization of Kwanzaa.

During an interview with Fox and Friends, Alabama Rep. Mo Brooks unleashed on his Republican colleagues who are appearing to back down in their fight for President Trump.

“It is sad to the extent that we've got Republicans who are unwilling to do their homework or unwilling to make tough decisions,” Brooks said during the interview.

America’s Future under Siege: Where Are We Going?

The case against this sweeping conspiracy to defeat Trump by fraud has been brought to 60 courts by Trump and as many as 20 states, but no court has to date agreed even to listen to the evidence. The argument of the courts has thus far been very thin and flimsy, so thin as to appear phony to a vast segment of American citizens.

The Election of November 3, 2020 is at this date still not settled. It is obvious to those who will hear the evidence and can easily connect the dots that there was massive organized Democratic Party vote fraud in at least six states—Arizona, Georgia, Michigan, Nevada, Pennsylvania, and Wisconsin.

This is documented by over 1,000 sworn affidavits, appalling mathematical impossibilities, and a growing number of forensic analyses on the voting machines of Dominion Voting Systems and related companies. The degree of Democrat fraud is far more than enough to warrant overturning the elections of those states by their respective state legislatures or federal or state courts.

The same establishment news and social media and technology companies that substantially influenced the vote by more than 10 percent by covering up Biden political positions and scandalous corruption and demonizing and misrepresenting Trump 24 hours a day for seven days a week, now loudly declare there is no evidence of fraud. This is proof of their own corruption and dishonorable collusion with the Democrat Party and establishment swamp.

Hackers have inserted malware inside an app offered for download by the Vietnam Government Certification Authority (VGCA).

A group of mysterious hackers has carried out a clever supply chain attack against Vietnamese private companies and government agencies by inserting malware inside an official government software toolkit.

Today's security threats have expanded in scope and seriousness. There can now be millions -- or even billions -- of dollars at risk when information security isn't handled properly.

The attack, discovered by security firm ESET and detailed in a report named "Operation SignSight," targeted the Vietnam Government Certification Authority (VGCA), the government organization that issues digital certificates that can be used to electronically sign official documents.

Posted by Brock Townsend at Monday, December 28, 2020 No comments:

Rep. Rick Allen (R-GA) said during a campaign rally with Vice President Mike Pence in December he is “sick and tired” of “limousine liberals” from California and New York having undue influence in Georgia’s elections. He said:

Why the "ruling class" is out to get rid of President Trump, no matter what 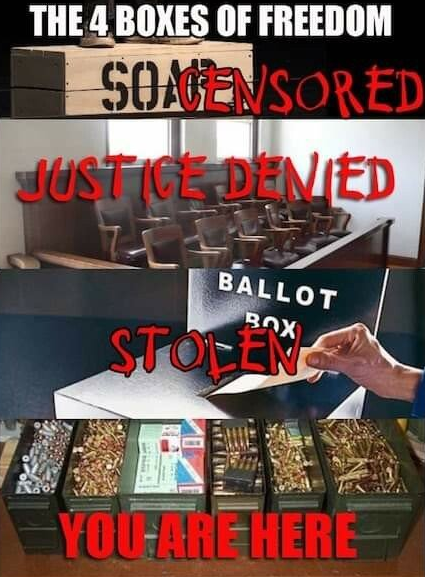 "........unless the fraudulent results of last month's election are overturned, we will never have another free and fair election in the United States.  The powers that be are determined, not only to remove a legitimately elected President, but to ensure that there will never again be a President who will not be under their control.  Unless they're stopped now, the fight at the ballot box will essentially be over, and the only way forward - the only way to regain the right to genuinely free, democratic elections - will be to retake it by force."

If you've been wondering why such immense effort was put into stealing last month's election, to get rid of President Trump by any means necessary, it helps to understand just how profoundly he undermined the "Washington way" of doing business when he was unexpectedly elected in 2016.  The Conservative Treehouse lays that out very neatly.  Bold, underlined text is my emphasis.

However, Trump added a major caveat: He plans to use a little-known law to request that Congress eliminate “wasteful spending” from the bill and boost stimulus payments from $600 to $2,000 for individuals and $5,200 for families of four.